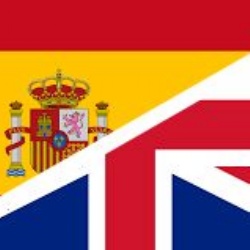 In June 2019 a group of Spanish students came to Cirencester on the first leg of our 2019 Spanish Exchange with Colegio Argantonio, a school in the ancient Andalucian port city of Cádiz. This initial opportunity for our young people to meet face-to-face for a week continued via social media over the Summer. Pupils on both sides were excited to be immersed in another language and culture. 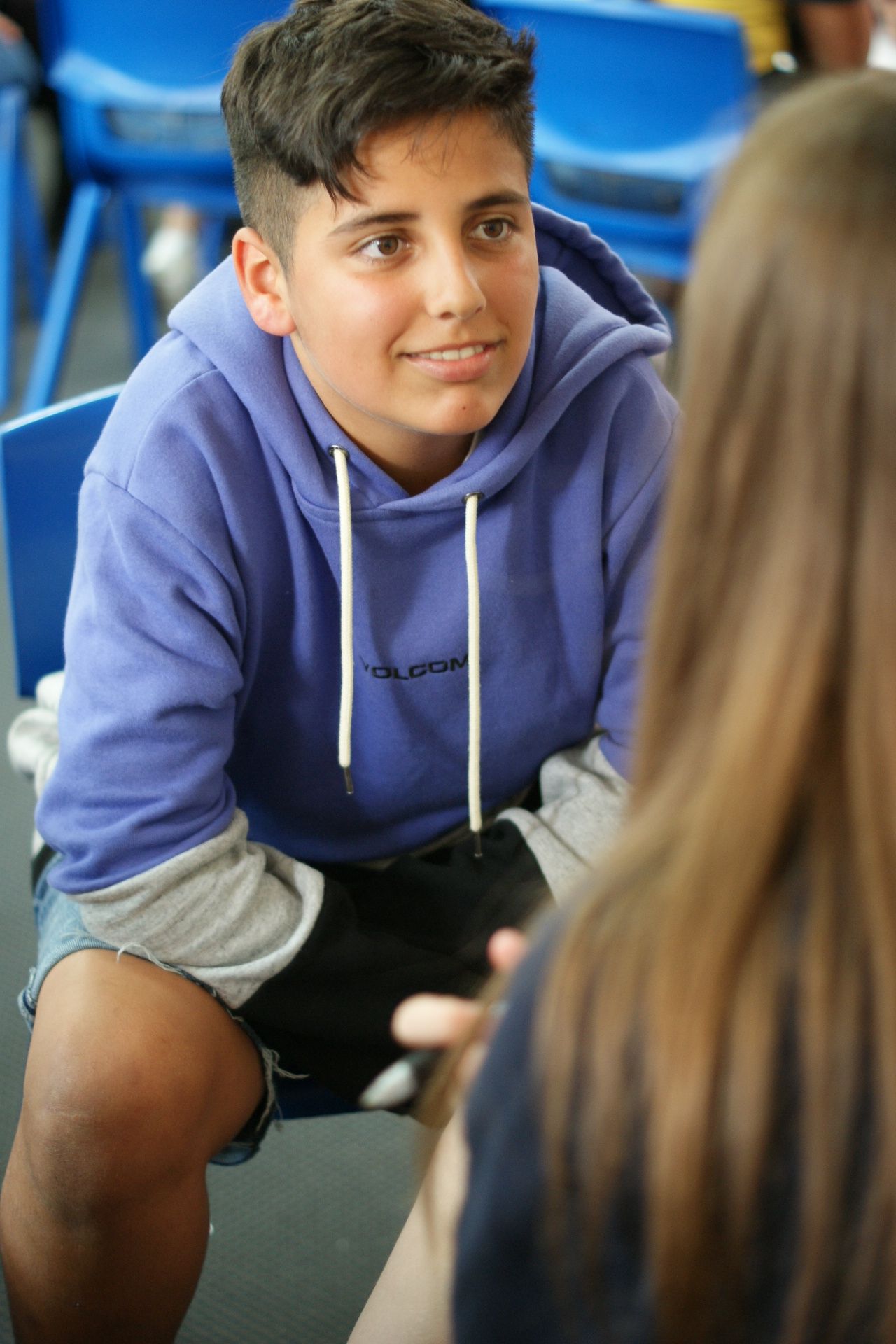 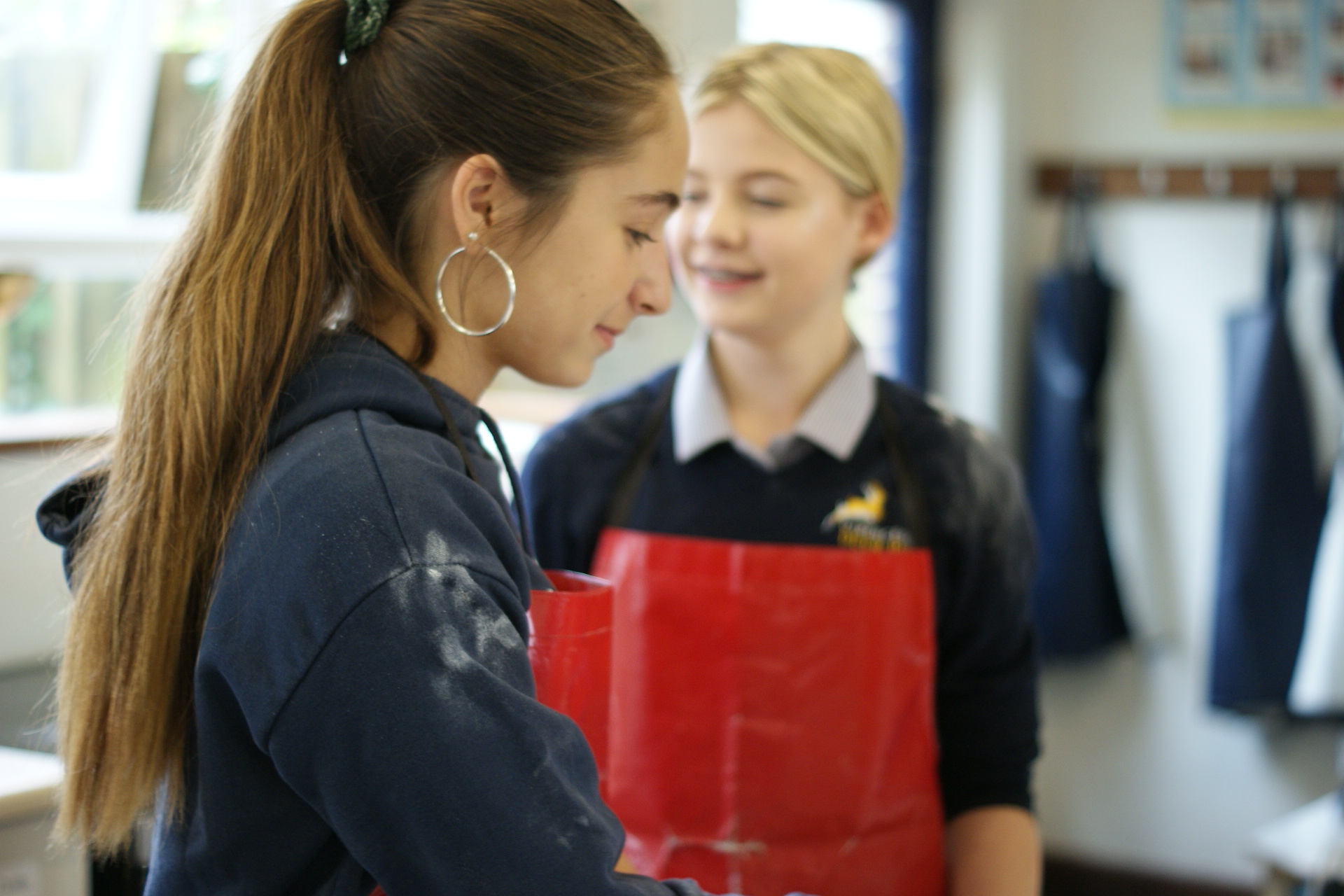 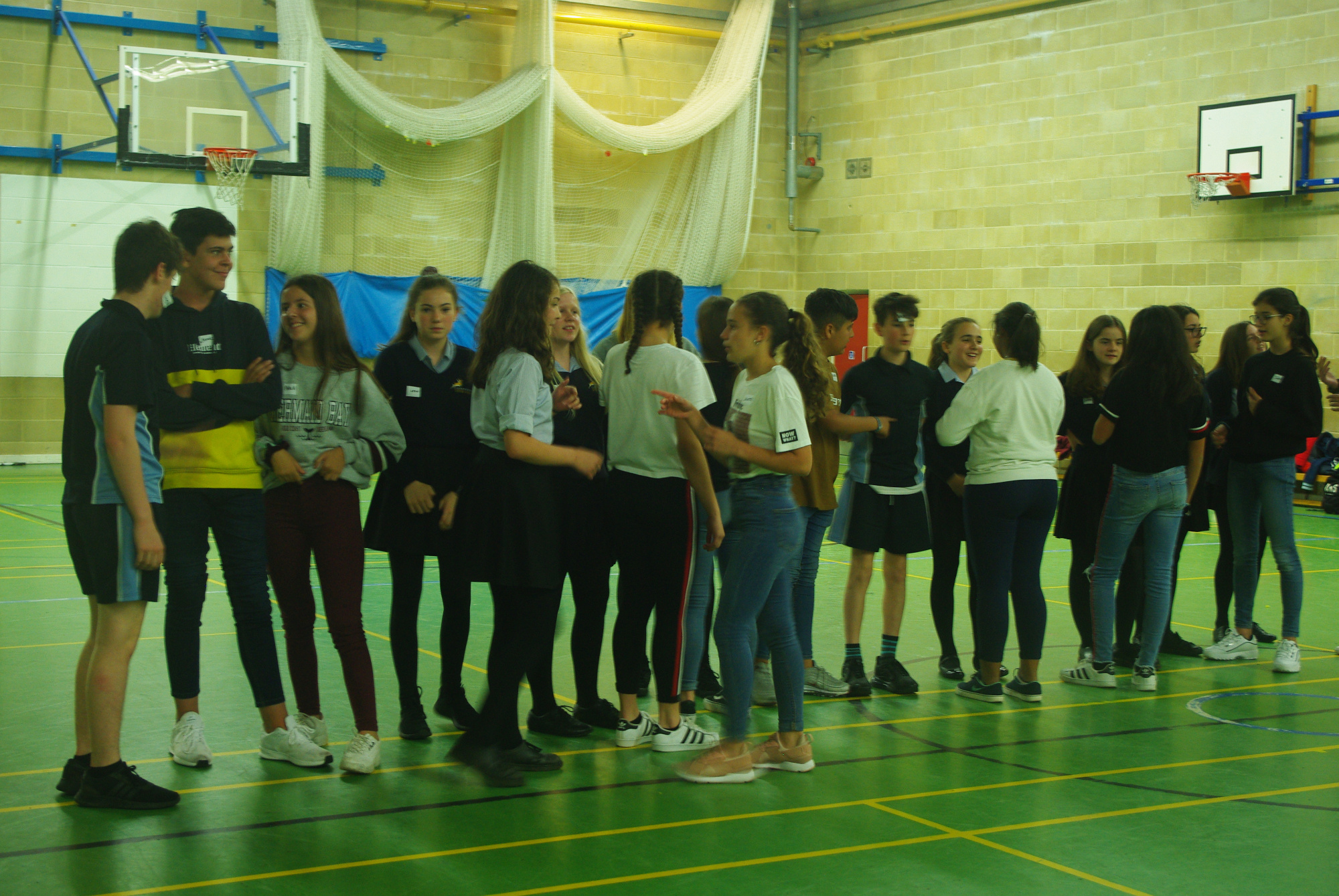 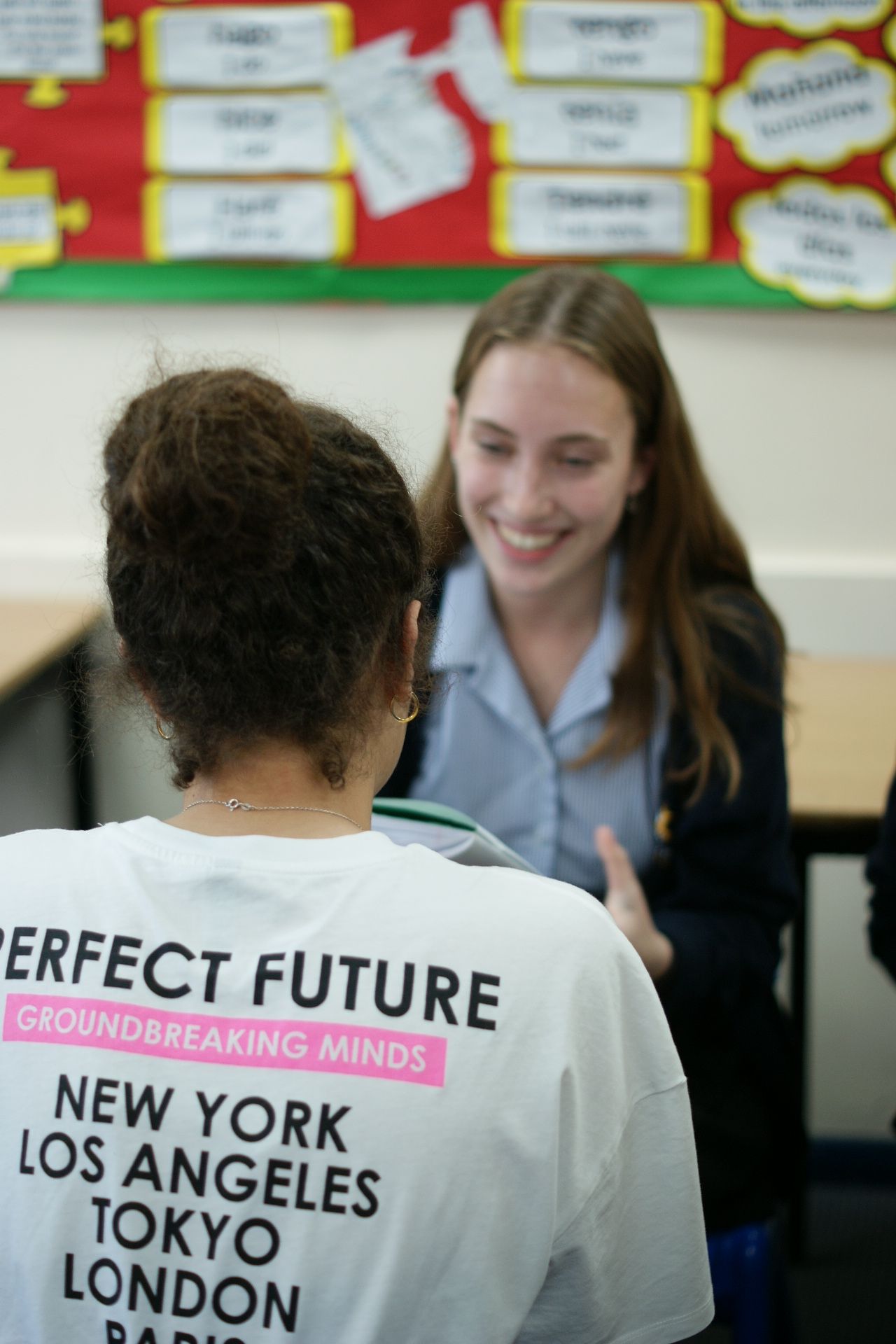 Scone-making, pizza night and a game of cricket were on offer to our Spanish Exchange guests in June 2019 when they came to visit us in Cirencester. Delicious and cultural they were, too, but not as welcoming as the oldest city in Europe, stunning beaches, warm weather and the famous Spanish hospitality! On Thursday 26 September 2019 the UK contingent of 19 pupils in Years 9, 10 and 11, plus two members of staff, started their journey to Cádiz.

We flew from Bristol to Málaga and then encountered our first problem: a case that was not ours but looked a lot like one of ours was left on the baggage carousel, and the case that looked a lot like one of ours and actually was ours was in the possession of someone else. Mrs Pryor was elected to take the lead in explaining the situation to Lost & Found while Mr Scarrott and the other pupils bravely carried on their journey to the bus to leave them to it. After some confusion and a lot of Spanish, it was decided that we needed to be on our way to final destination of Cádiz, as we were originally due to arrive at around 3.00-3.30am. Luckily, the bus was air conditioned and I think everyone managed a bit of sleep. We finally arrived at around 4am, when some very sleepy Deer Park pupils were reunited with their equally sleepy Spanish counterparts and taken home to settle in.

School in Spain starts at 08:00 but our pupils were allowed a late start on Friday morning to catch up on some sleep. They attended one lesson (10-11am) at Colegio Argantonio with their Spanish partners, then spent the half hour breaktime enjoying their bocadillos. 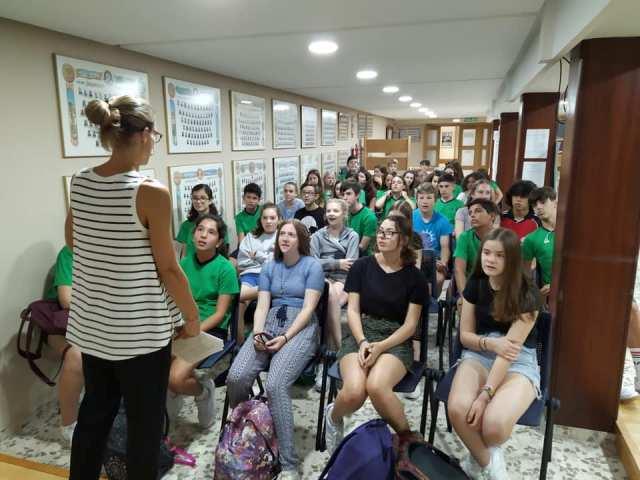 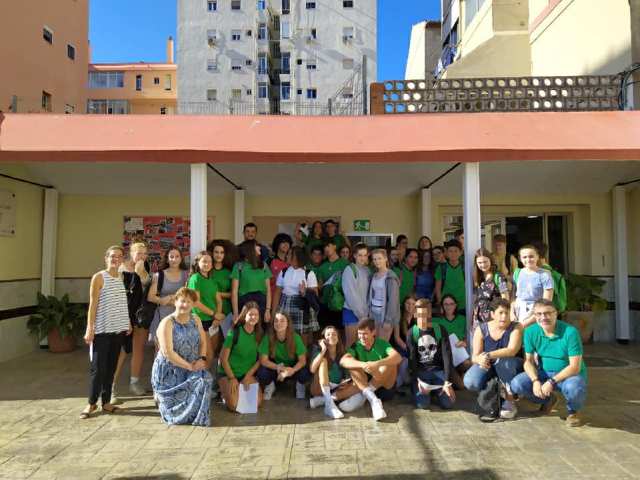 After break, the Deer Park pupils took part in a Treasure Hunt in the walled, old part of the city. They were led (using the term loosely) by Mr Scarrott, Mrs Pryor and 2 Spanish students, and undertook various activities where each pupil had to help their group with map reading, asking directions and buying either stamps, fruit or post cards - all in Spanish of course! This was also an opportunity for the pupils to see the architectural splendour of our host city. But this was only the beginning! Back at school their exchange partners took them home for lunch and a rest (the siesta is still respected in this part of Spain) before once again meeting up with the whole group, but this time on the beach!

The weekend beckoned and the host families put on many and varied activities, all of them including family gatherings which are so important in Spain, as they are in the UK. The weather was absolutely perfect!

We were in school for 8am on Monday morning and two hours of lessons. After break time, the whole exchange group walked down to Playa de la Caleta (Caleta Beach) for Sea Kayaking. After topping up our sun cream, pupils were given their life jackets and the instructor Carli explained the basics. In groups of 3 to a kayak, we headed down to the water and paddled all the way around the impressive city walls and were encouraged to slide into the water for a swim. Some embraced the challenge of jumping in, others went in courtesy of others. It was a fabulous experience, topped off with a traditional meal in a quaint little restaurant situated right by the beach. We were given an absolute feast of food, ranging from croquetas all the way to paella, with calamari and chips somewhere in the middle. The five courses meant that lunch lasted a long time! 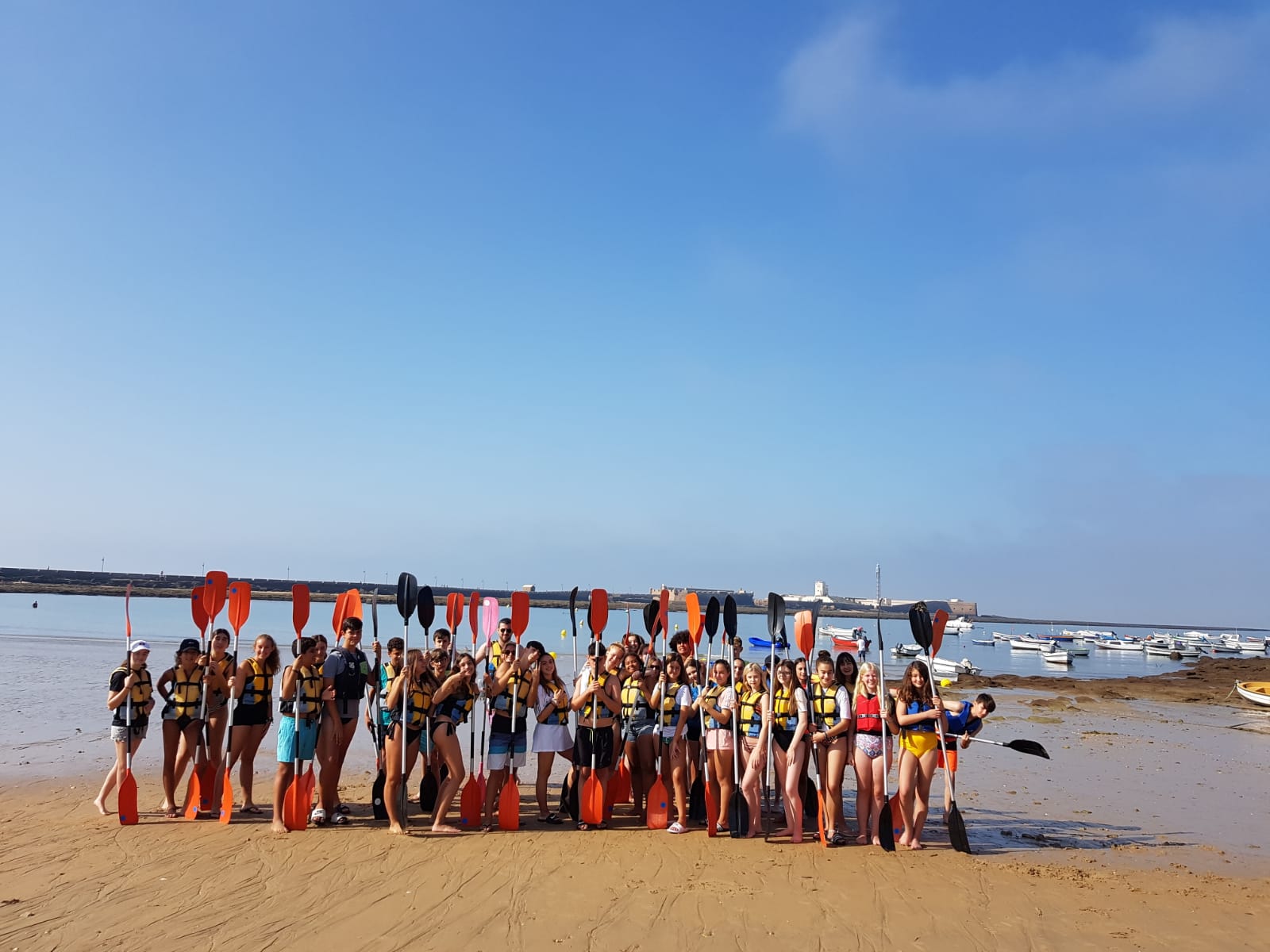 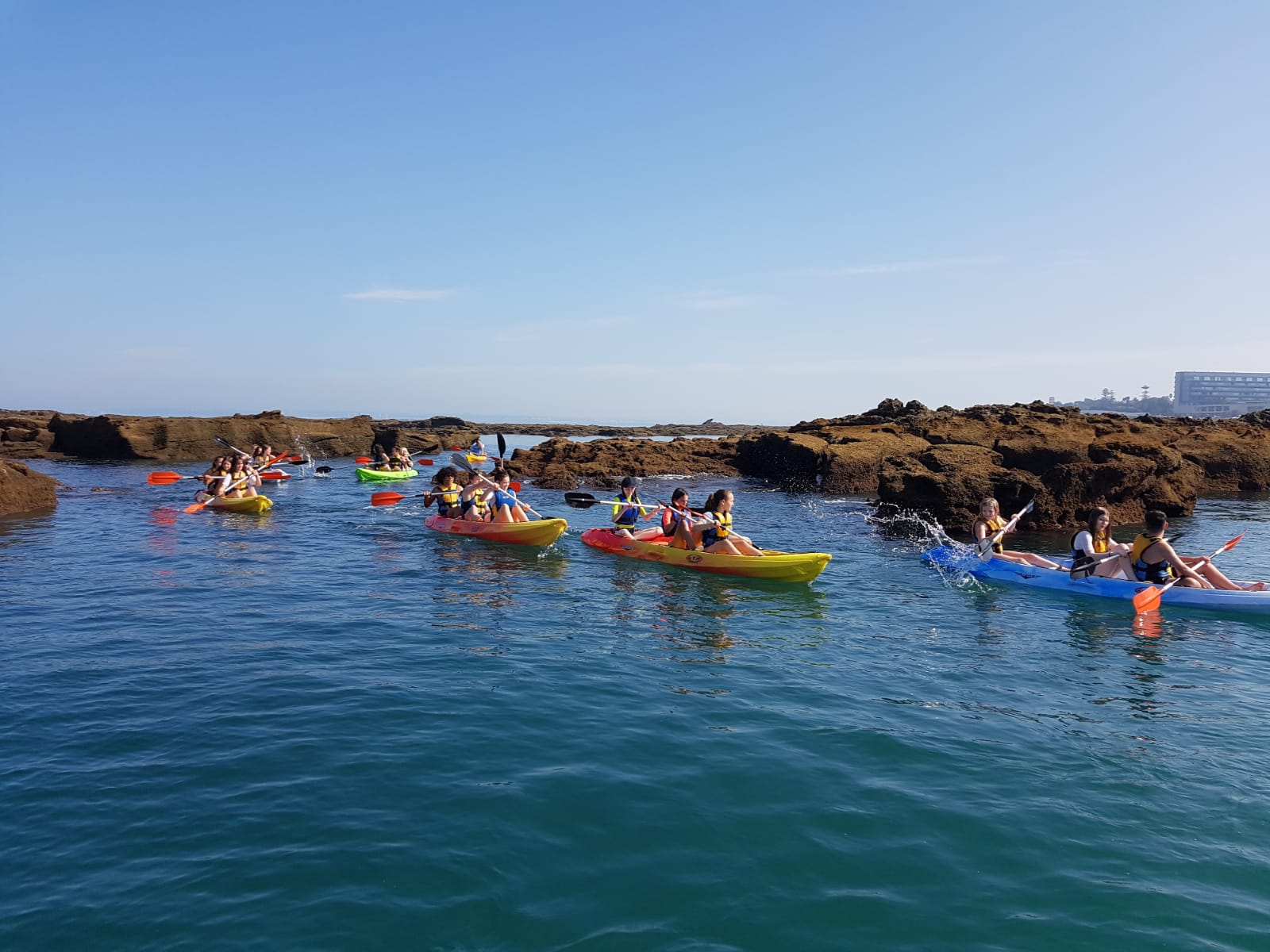 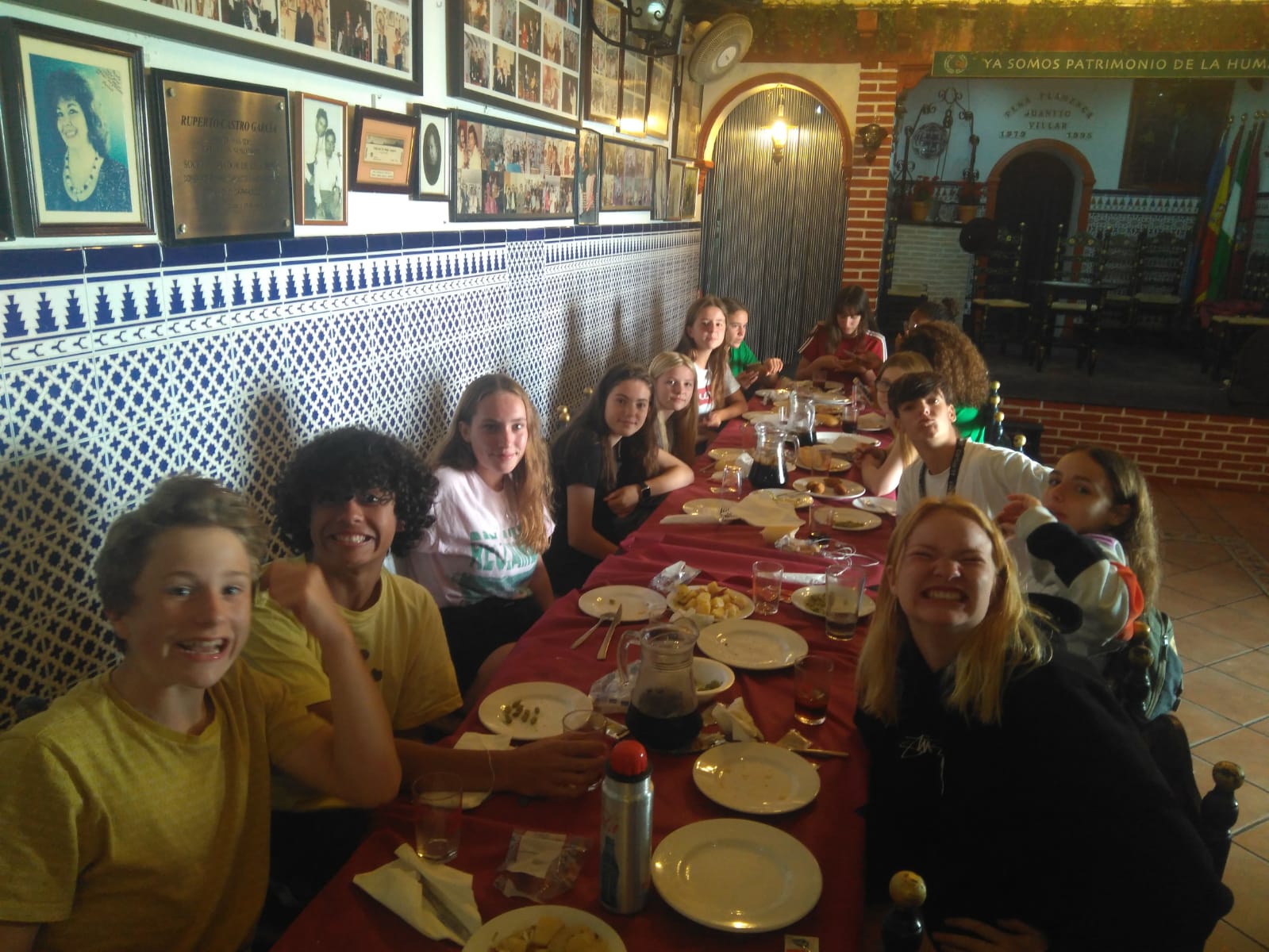 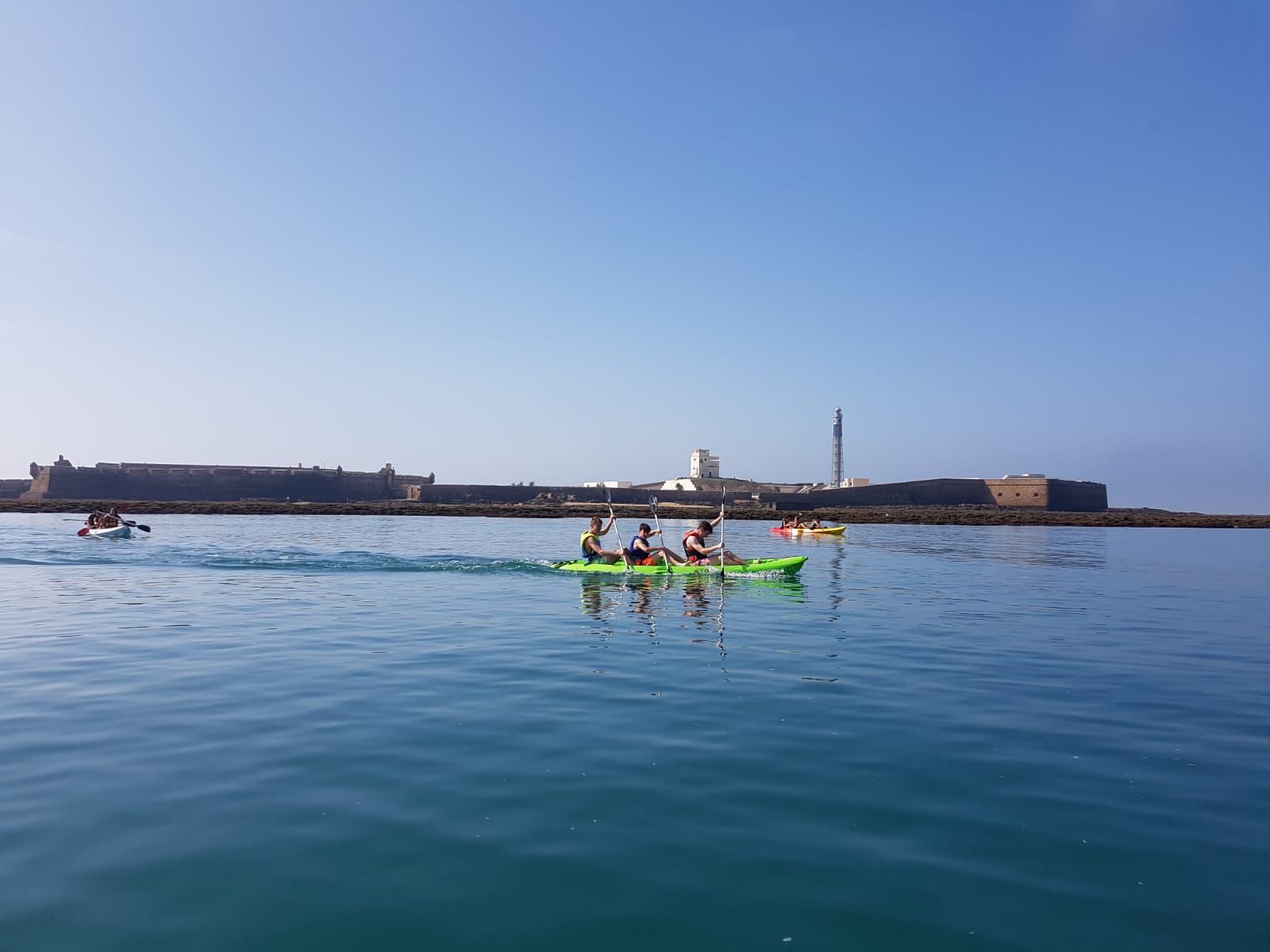 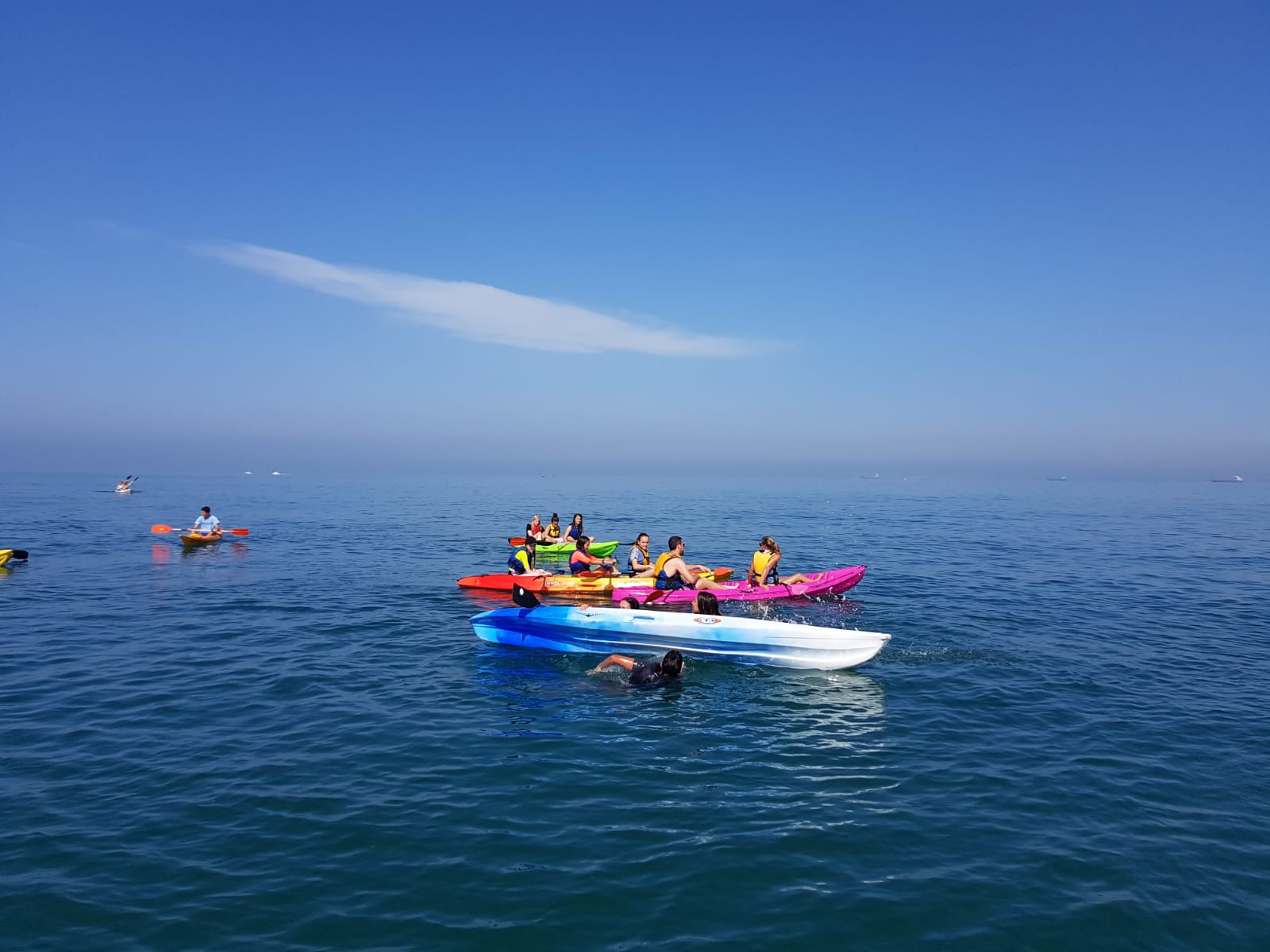 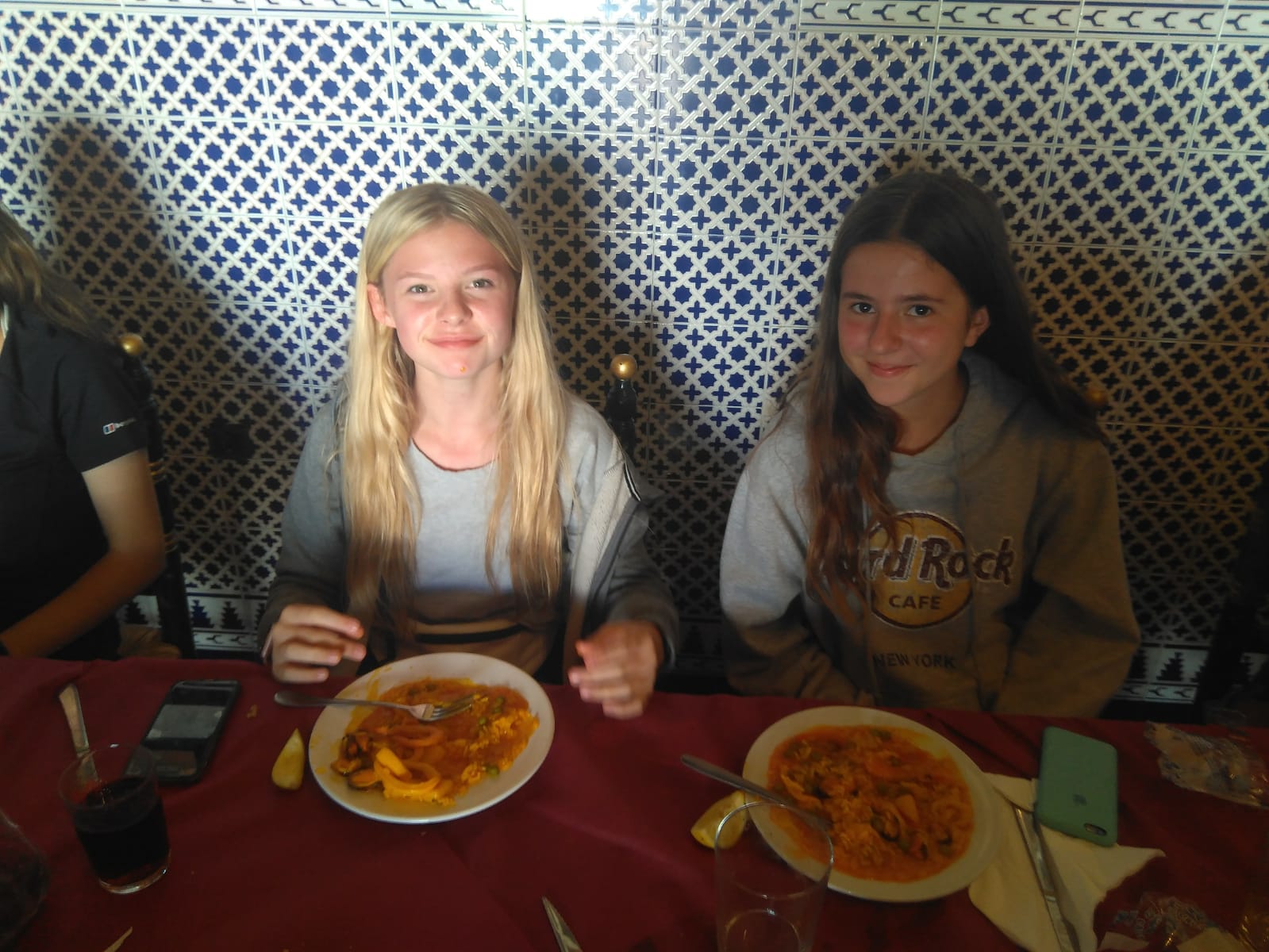 The following day, Tuesday, we travelled to Jerez, as part of a group of 39 pupils. We had a short tour at the  Sandeman’s Sherry Visitor Centre, to understand the history of Sherry and Port, followed by a visit to the nearby Fundación Real Escuela Andaluza del Arte Ecuestre (Royal Andalusian School of Equestrian Art), where we watched a show of magnificent horsemanship and fabulous Andalucian horses performing incredible feats of strength. Pupils were given time to get themselves some lunch from a range of fine dining options (aka fast food outlets) on the outskirts of Jerez; this was followed by some retail therapy (or for others, a great chance to catch up on emails) in an air-conditioned shopping centre! 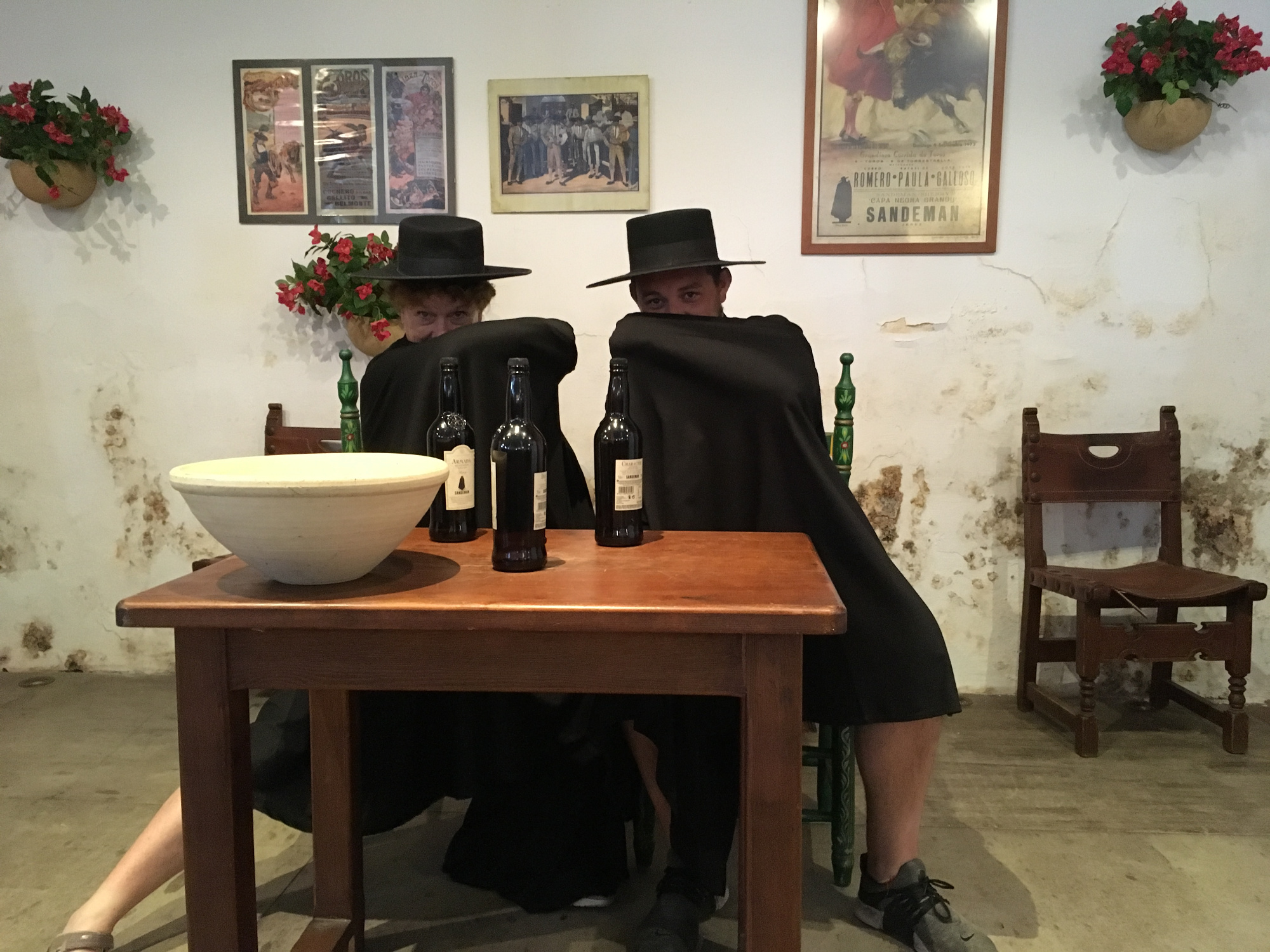 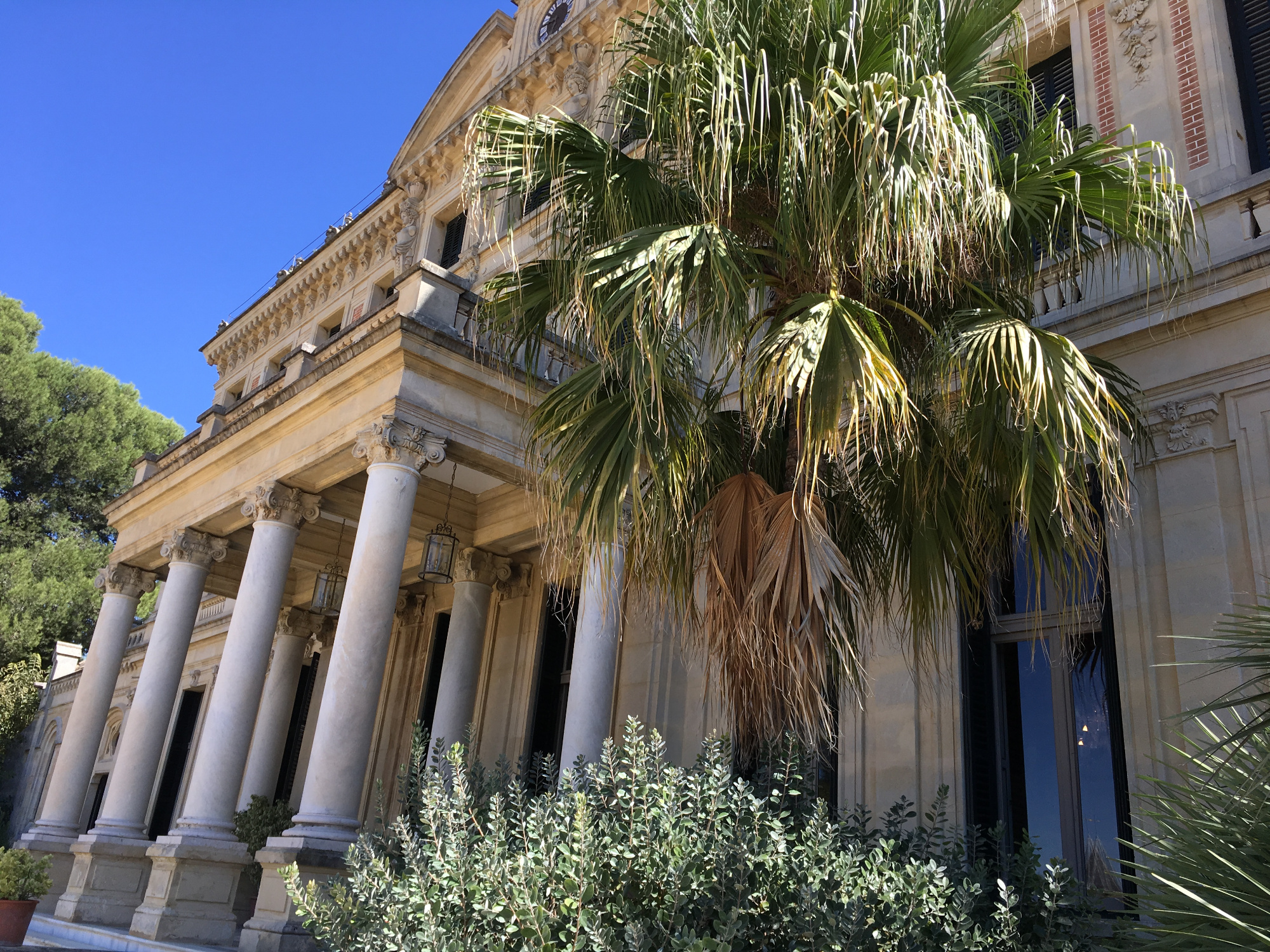 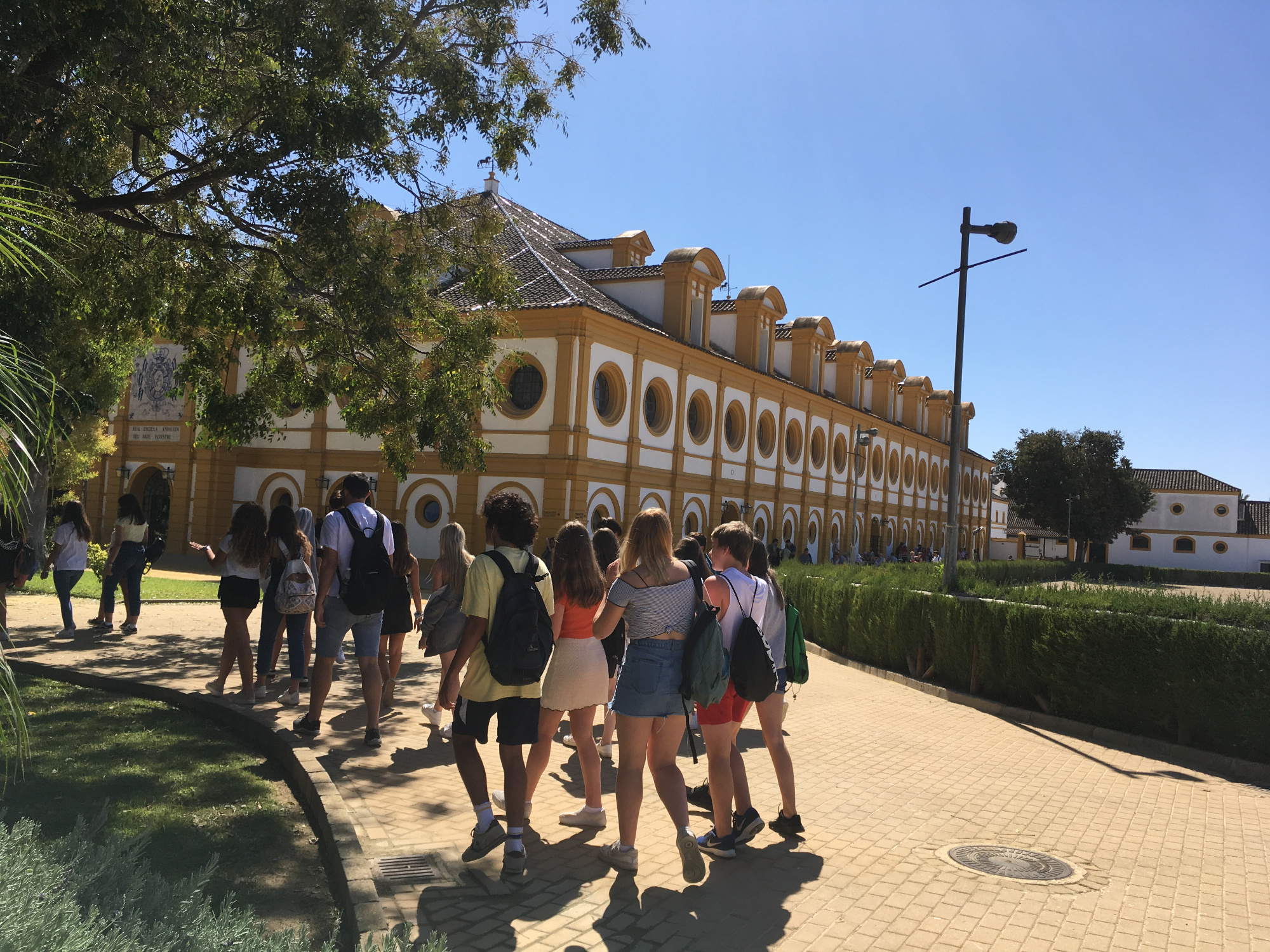 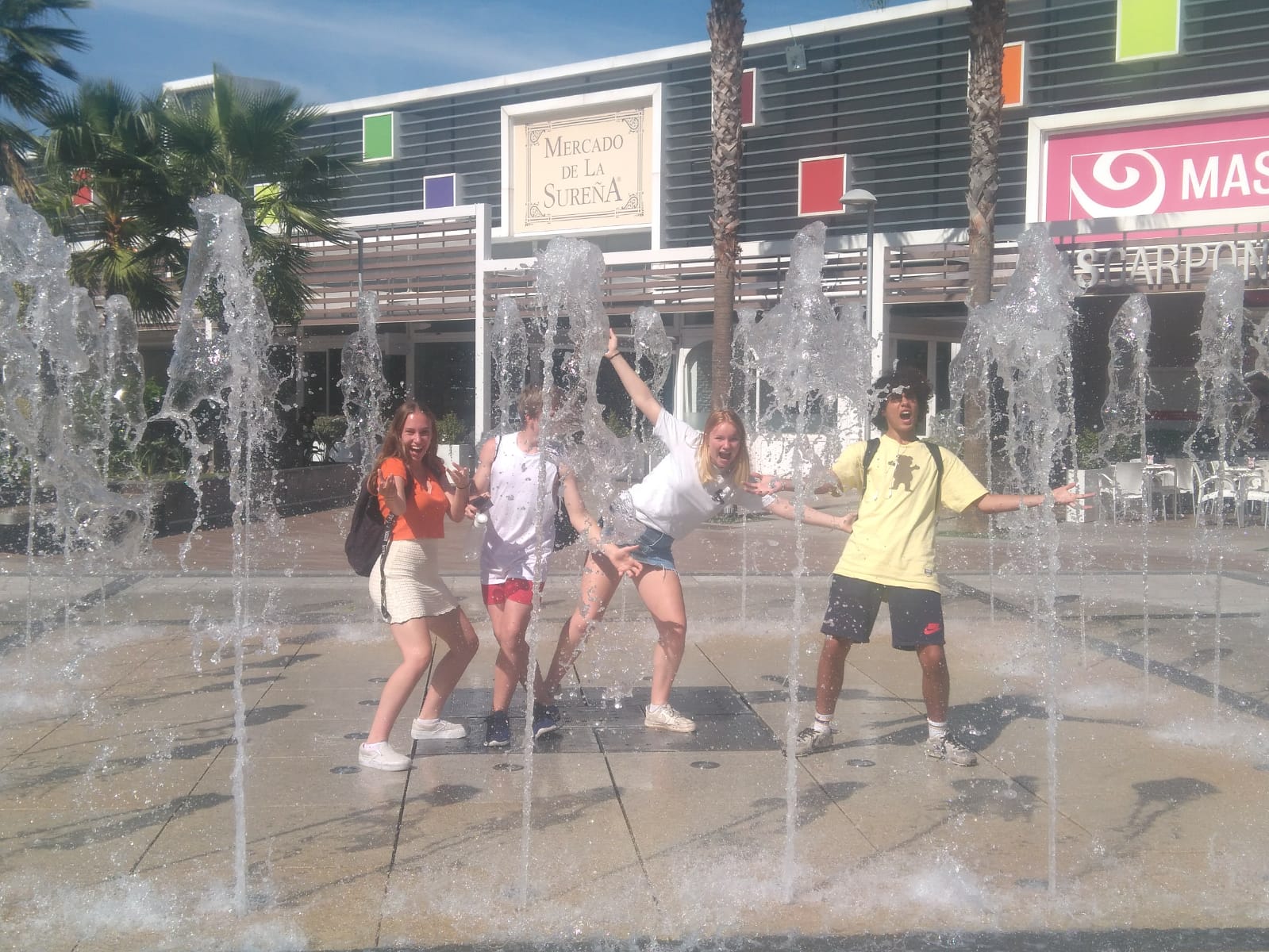 After school on Wednesday, pupils were taken out for a tour of some of the more cultural aspects of Cádiz, including some of their most well known (and best discovered) spots and parks, for example taking in the splendour of El Puente de la Constitution which is the newest bridge from the mainland to the peninsula of Cádiz, locally known as La Pepa. This was capped off by a little jaunt down to the beach to reminisce and ponder the return home. On Wednesday evening after the siesta we met up for churros con chocolate and explored some of Cádiz’s unique shops, meeting families at the Cathedral plaza. The evening was then, like most, spent amongst families and friends.

On Thursday, after break at Colegio Argantonio, it was time for a Flamenco lesson, preceded by a beautiful show put on by two young dancers and led by Margarita, their very talented teacher. Deer Park pupils received diplomas for their skills at Flamenco dances such as the Sevillana. 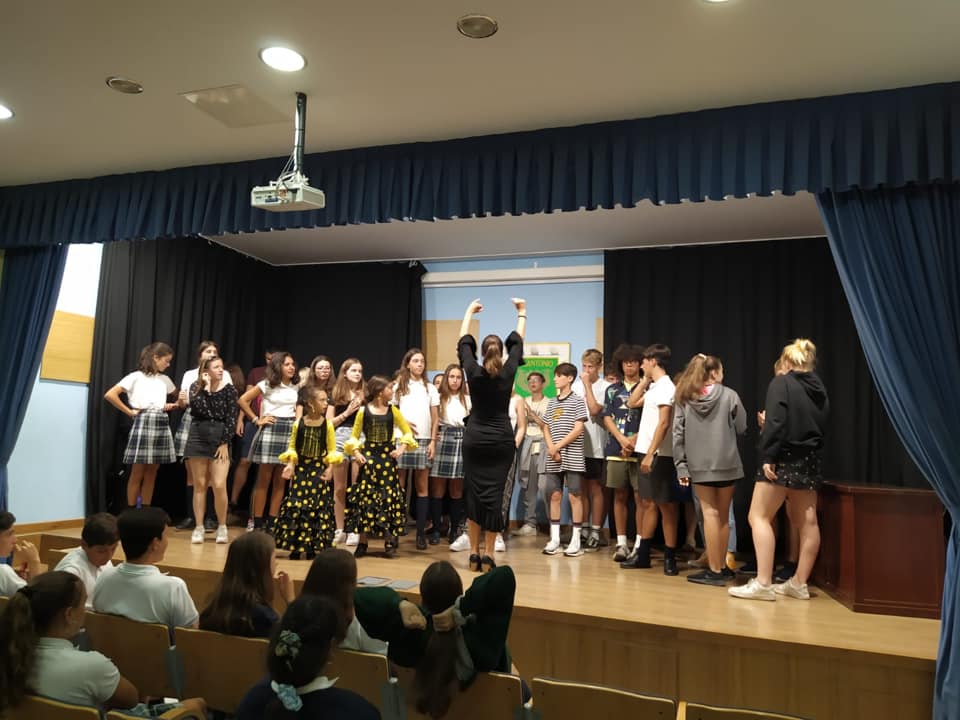 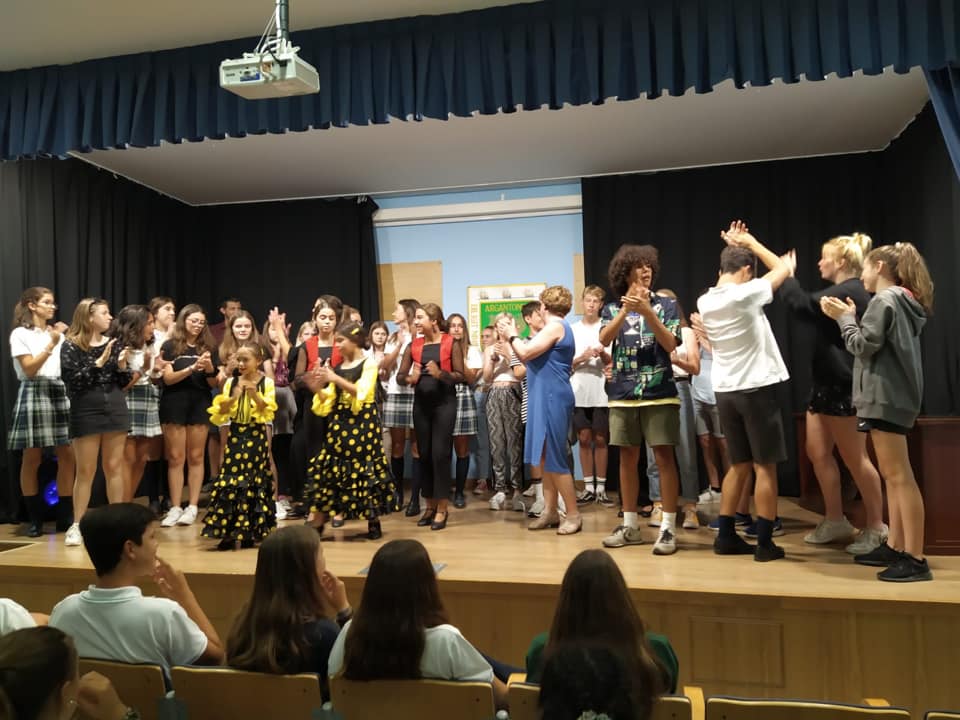 Our pupils had another opportunity to accompany the teachers into the old city and try and keep cool in the narrow streets, where Mrs Pryor demonstrated her knowledge of pretty much everything to do with Cádiz! This was capped off with the opportunity to buy cards for their host families to thank them for their wonderful hospitality and some ice cream to beat the heat.

After one final siesta (or last minute packing, depending on your organisation skills) it was time to depart. Our coach turned up, which was the cue for the tears as young people from both schools struggled to say their goodbyes. The host parents were visibly moved and so many of them spoke to the teachers about how wonderful our pupils had been. We eventually departed and made it back to Málaga airport to find that our flight had been delayed by around an hour, meaning that our already tantalising 3am arrival became an eye-watering 5am by the time we were safely delivered back into the arms of our loved ones at Deer Park on the morning of Friday 4 October 2019. What a week of experiences and inspiration!

"It was a pleasure to accompany 19 pupils to Spain this year. They behaved very well even with the tiredness and the difficulties found with living in somebody else's home, hearing another language all the time and trying to communicate as best they could. Highlights, as ever, were the warmth of our welcome there, the hospitality of the school (they really appreciate the ongoing relationship between our schools) and the beauty of the warm beaches and old city streets. Well done Deer Park - ¡Felicidades!" Mrs Pryor (Languages Assistant)

Good things? "We were five minutes from the beach and I learnt a lot." Favourite thing? "Just meeting everybody, all the students" ...and the Kayaking? "I forgot about that - it was all good!"
Elodie (Year 10)
Good things? "The weather, plus my partner's family were really nice - that was probably a highlight." Favourite thing? "The beach was probably the best bit and also kayaking, meeting the people and nice food!"
Ben (Year 10)