Throughout their time at Deer Park, pupils are given the opportunity to see literature brought to life on the stage, whether offsite at a theatre or watching a production in school by a travelling theatre company.

On Tuesday 1 October 2019 , the English Faculty took 60 Year 11 pupils to The Everyman Theatre, Cheltenham to watch the Watermill's Theatre production of Macbeth, the Shakespeare play they study for GCSE English Literature.

It was a very exciting and dynamic production. Although first performed over 400 years ago, this dark Shakespearean tragedy about power, ambition, deceit and murder is still enthralling today. There have been many amazing stage interpretations of the story, with differing costume, sets, lighting, music and cast creating a wide variety of lasting memories. Head of English, Mrs Davis, commented 'I had never seen a performance by this company and how fabulous they were! Initially, I was unsure about something that might turn out to be 'Macbeth - The Musical' but the songs featured, which included 'Blue Moon' and 'I Put a Spell on You', certainly added powerful energy and atmosphere.'

We always recommend that Year 11 pupils watch as many versions of Macbeth as possible. You may be interested to know that The Downpour Theatre Company are performing the play at Cirencester's Sundial Theatre at the end of half term, on Friday 1 and Saturday 2 November 2019.

On Wednesday 2 October 2019 we took over 60 Year 7s to the Wyvern Theatre in Swindon to see a recreation of the book they are currently studying: 'Private Peaceful' by Michael Morpurgo.

The show itself was an interesting one. Simon Reade’s adaptation makes a few changes to the source material, with Reade himself stating that: ‘In adapting Private Peaceful as a one-man play, I was playing a theatrical conjuring trick, summoning the world of the story in the mind’s eye of the audience.’ And certainly it was magic that we saw on the night as, armed with little more than a flimsy camp bed for a prop, we re-lived the journey of Tommo Peaceful’s life, from growing up in rural Devon to joining the fierce fighting in Belgium during World War 1. The range of experiences and emotions on display truly gave life to the pages we read in class.

Despite their obvious excitement, our Year 7s upheld the high standards that Deer Park maintains and our teachers were approached on more than one occasion by theatre staff with compliments about how well-behaved and polite our pupils were. After such an enthusiastic performance, the pupils were definitely fired up and excited to continue the book back in class the next day.

Pupil comments included 'It was the best one man show I've ever seen!' (Isaac) and 'It was interesting to see how things would have looked at the time' (Charlotte).

More than half of Year 7 will be joining us on our Private Peaceful Trip to Belgium at the end of May 2020, when they will experience first-hand the reality of what our brave young soldiers went through. The fact that Tommo was only 15 - just a few years older than themselves – when he joined the war is something that often resonates with our pupils and allows them to truly understand what happened all those years ago. 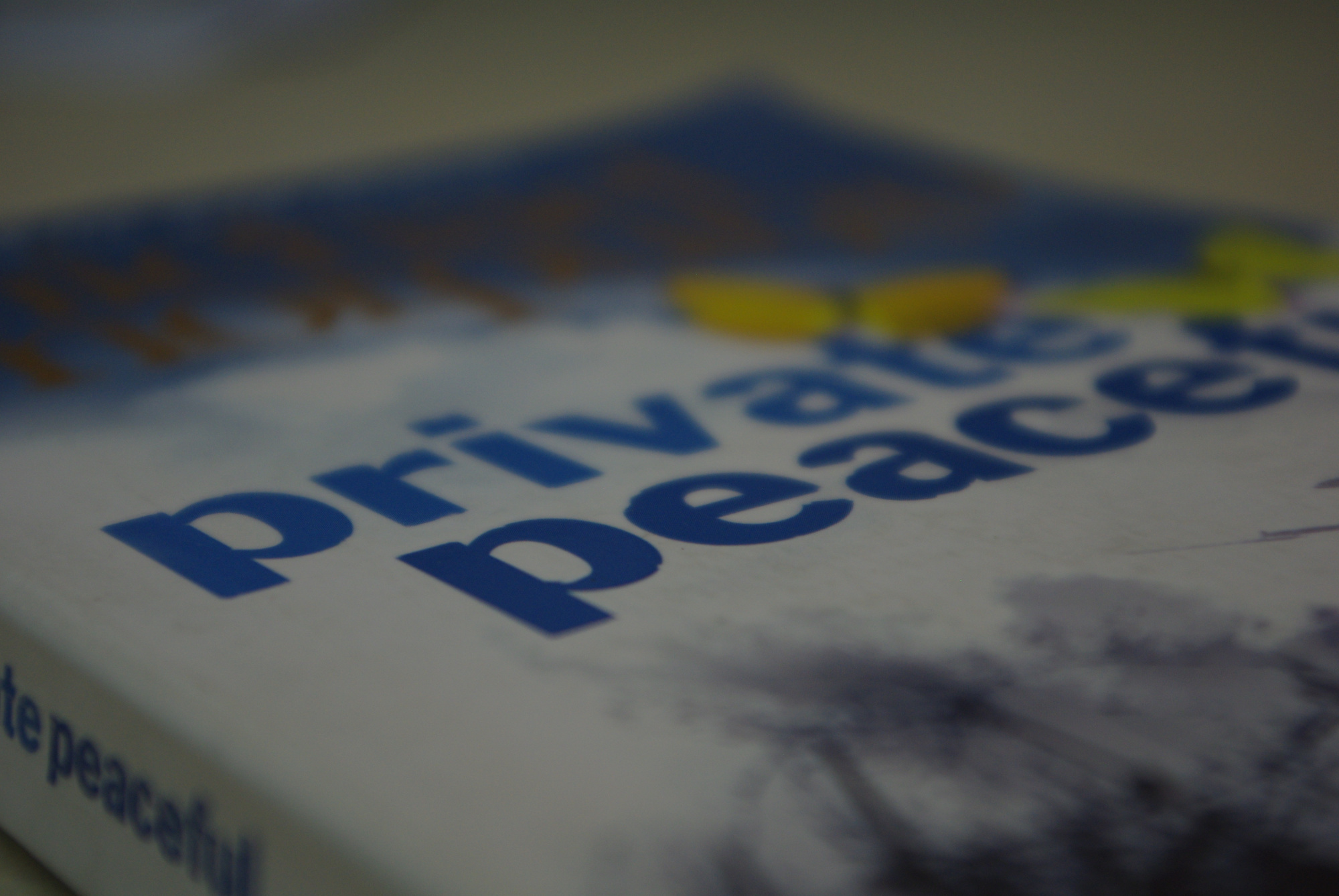 A good book has you imagining the scenes and creating the characters in your head whilst the story builds. Stage adaptation of a book can give you a similar or completely different angle to the story. Some of our favourite adaptations include Michael Morpurgo's War Horse, The Curious Incident of the Dog in the Night-Time by Mark Haddon and Matilda the Musical by Roald Dahl.