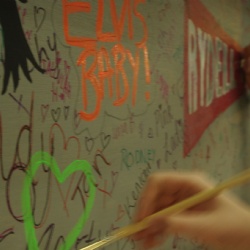 This year, pupils worked on a slightly different project, focusing on some of the behind the scenes elements that contribute to making a performance. They were given the option to work on creating set and props for a production or creating music and sounds for a production. Each group performed and shared their work with the other. All pupils involved were a credit to themselves and the school, they were engaged with the challenges of the project and we had a lot of fun! We welcomed back two former pupils (Evie and Emily) to work with us on the sets and we had the help of two (new) Year 11 Work Experience pupils too.

Here is a summary of the week, created by Will and Chloe:

MONDAY
The focus for Monday was to choose which group we wanted to be in. I (Chloe) chose to help make the set and props. As a group we produced a list of projects related to the next school musical, Grease, that we felt we could achieve in the week. We then set to work. Using basic materials like paper, wool and colouring pens, some of us made plates of salad, macaroni cheese and rice pudding with strawberry jam. I was surprised how realistic the finished dishes looked. Others in the group created additional small props and started painting the bleachers (the tiered row of benches).

TUESDAY
On Tuesday in the Music Technology group, we had to create a powerpoint about an artist we like and present it to the class in the afternoon. This would be the basis for our ideas to help create our project. We were then introduced to Logic, software for creating music.

On Tuesday in Set Design we continued our activities from Monday, making more plates of fake food for the first scene in Grease, and painting the iconic bleachers. I also helped to paint a table pink - it was amusing to hear that the table had originally been pink, then later painted brown, and now we were painting it back to pink again. Another project was creating hair curlers out of toilet rolls and tinfoil. 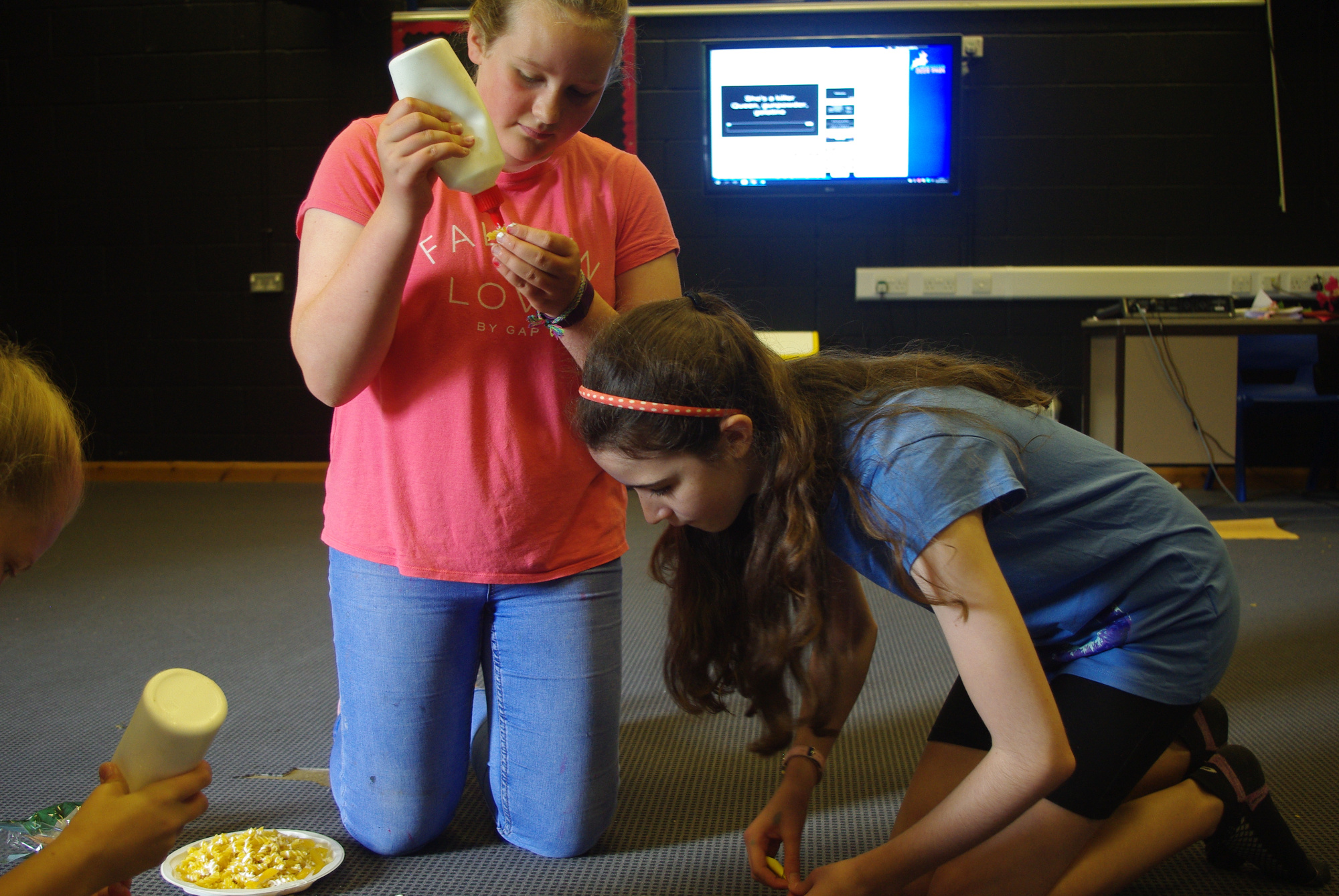 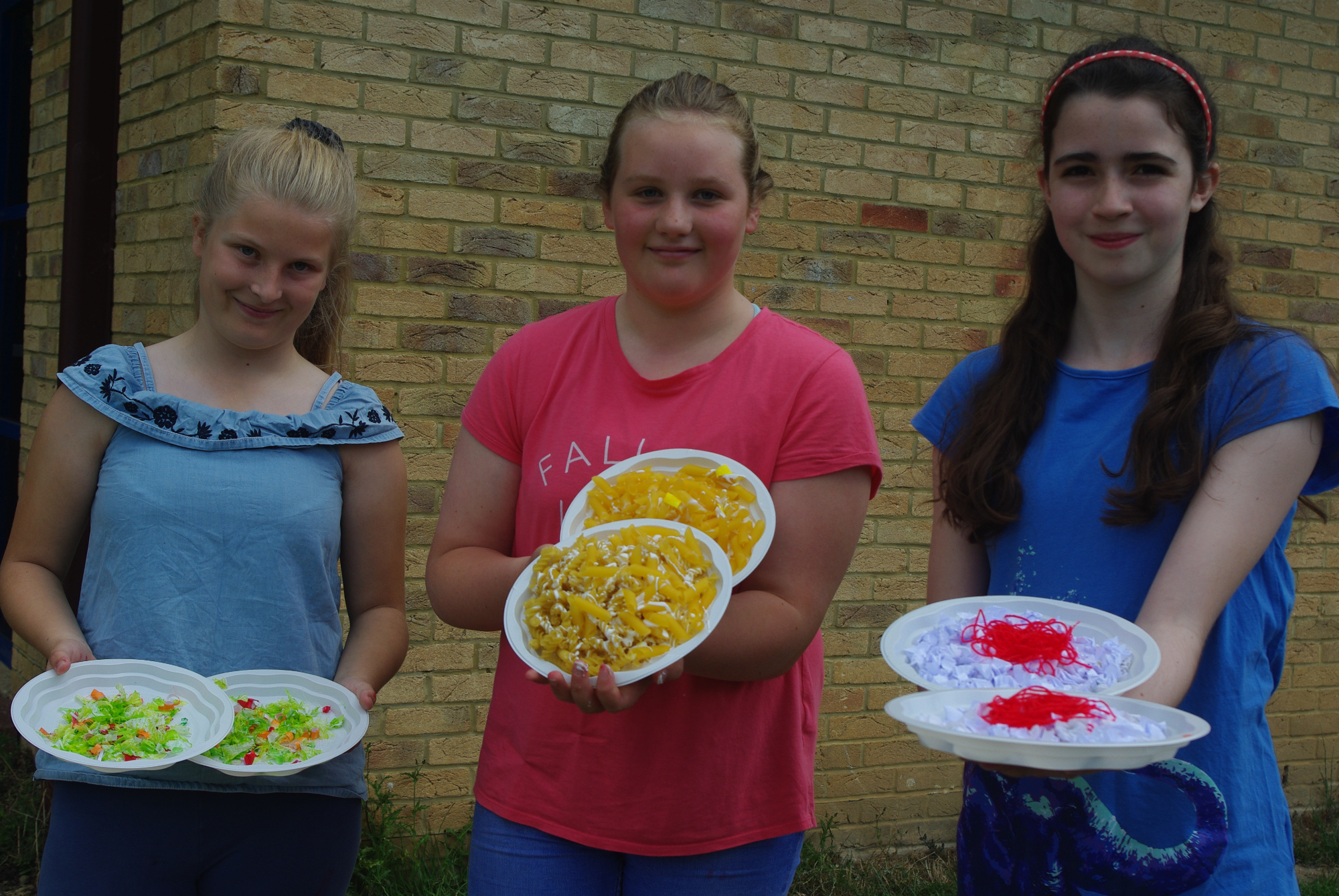 WEDNESDAY
The middle of the week saw us using Logic to create the bulk on of our project in Music Technology. Mr Cook started the day by introducing the basic parts and showed us new things throughout the day. I was experimenting for most of the morning which I liked. 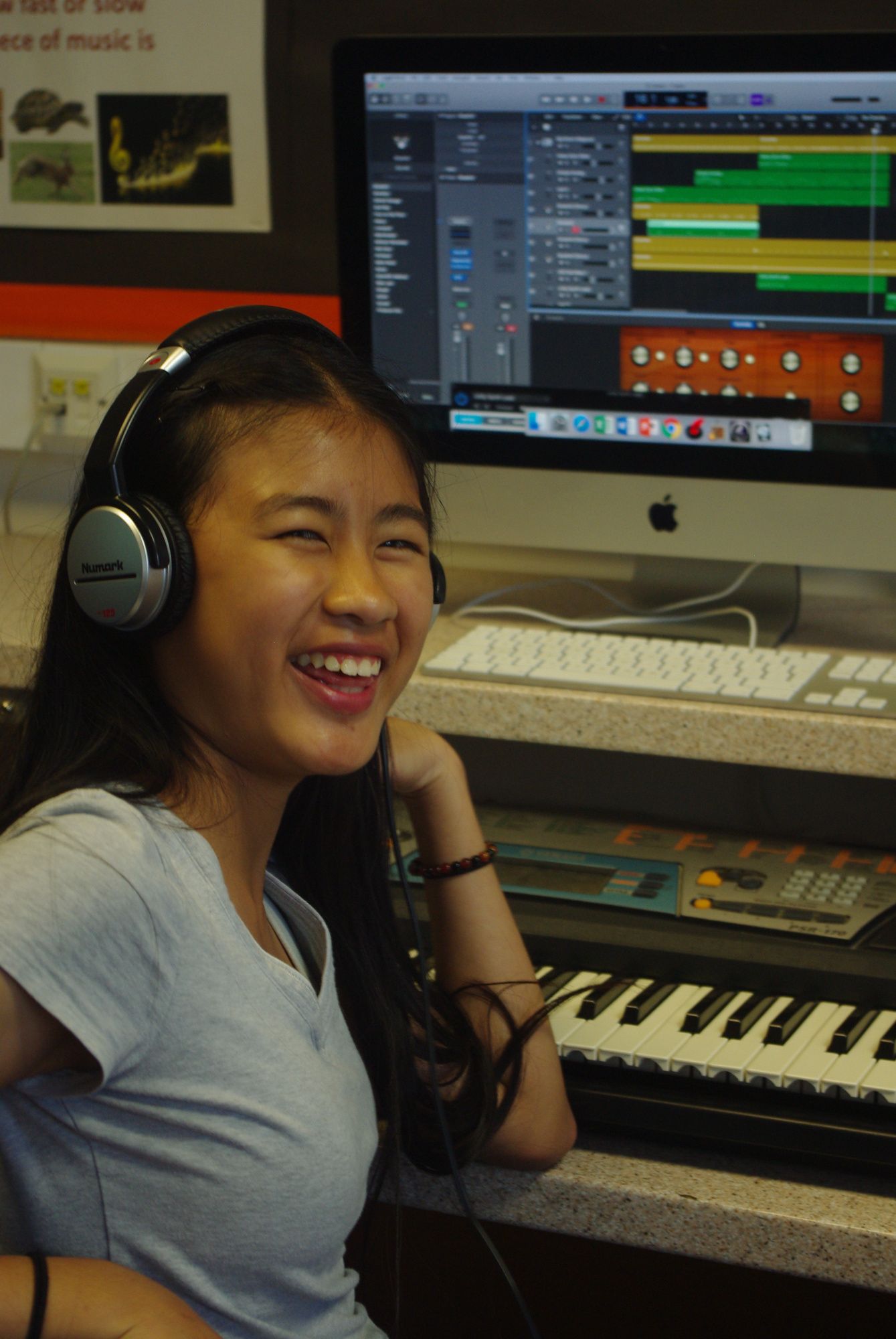 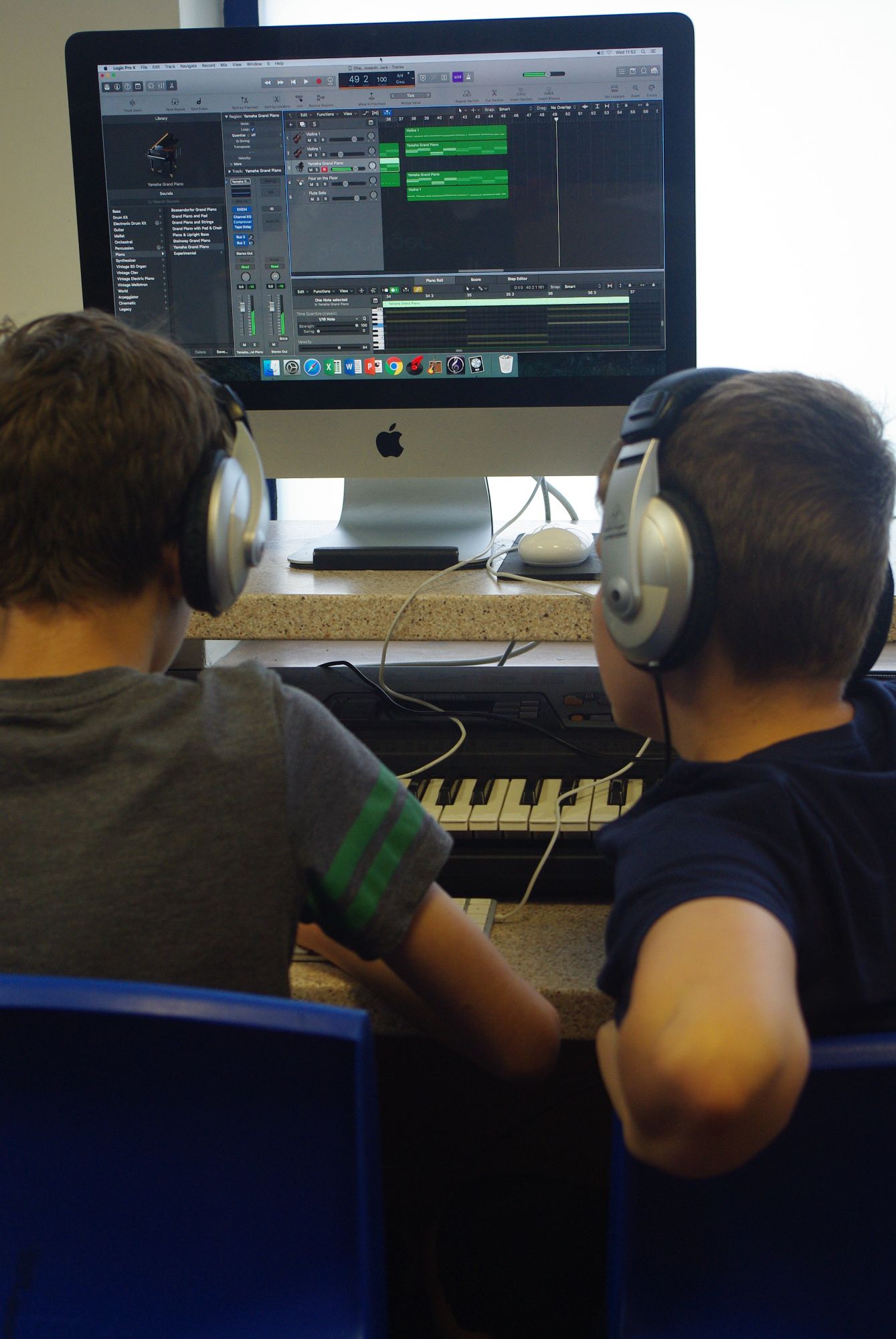 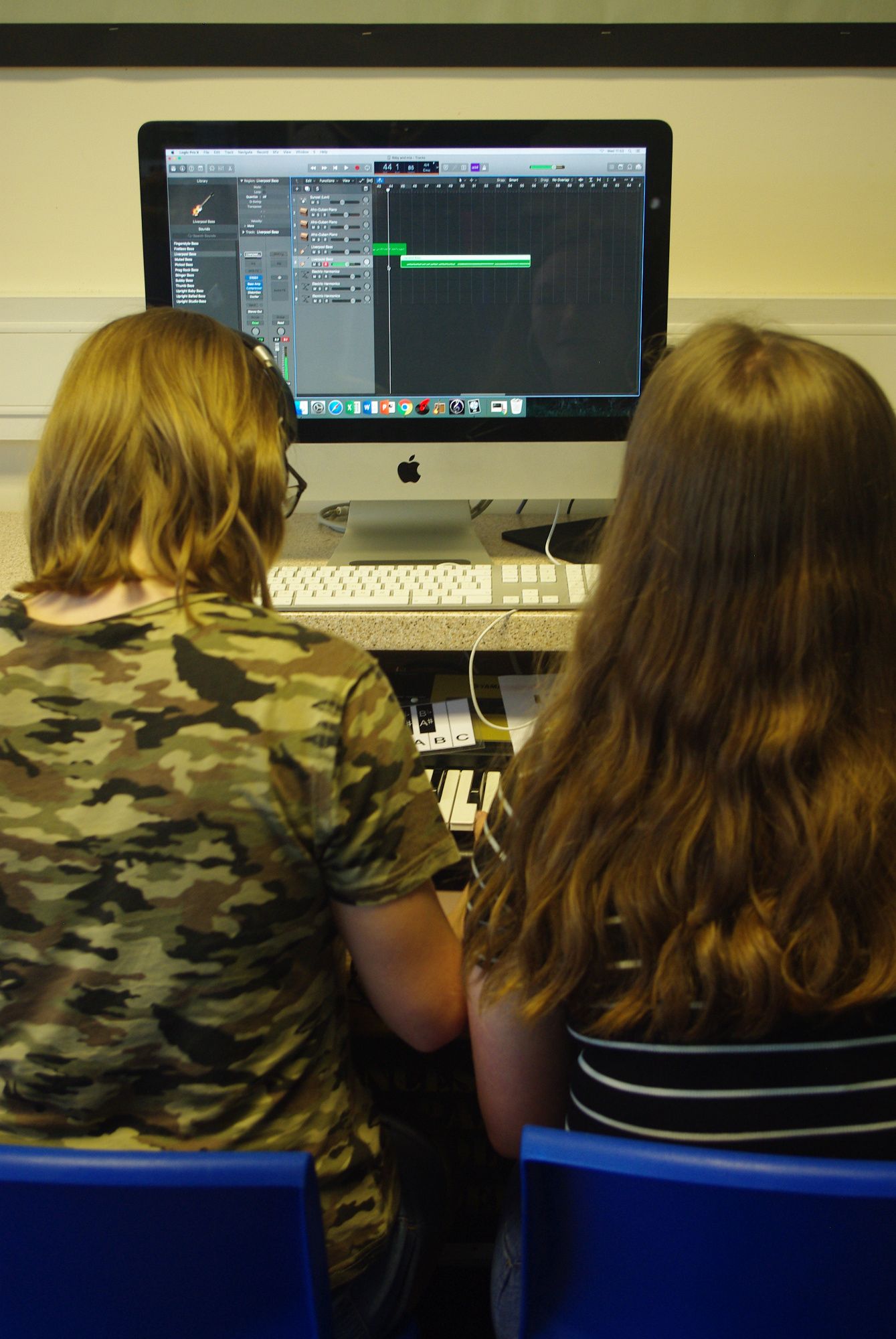 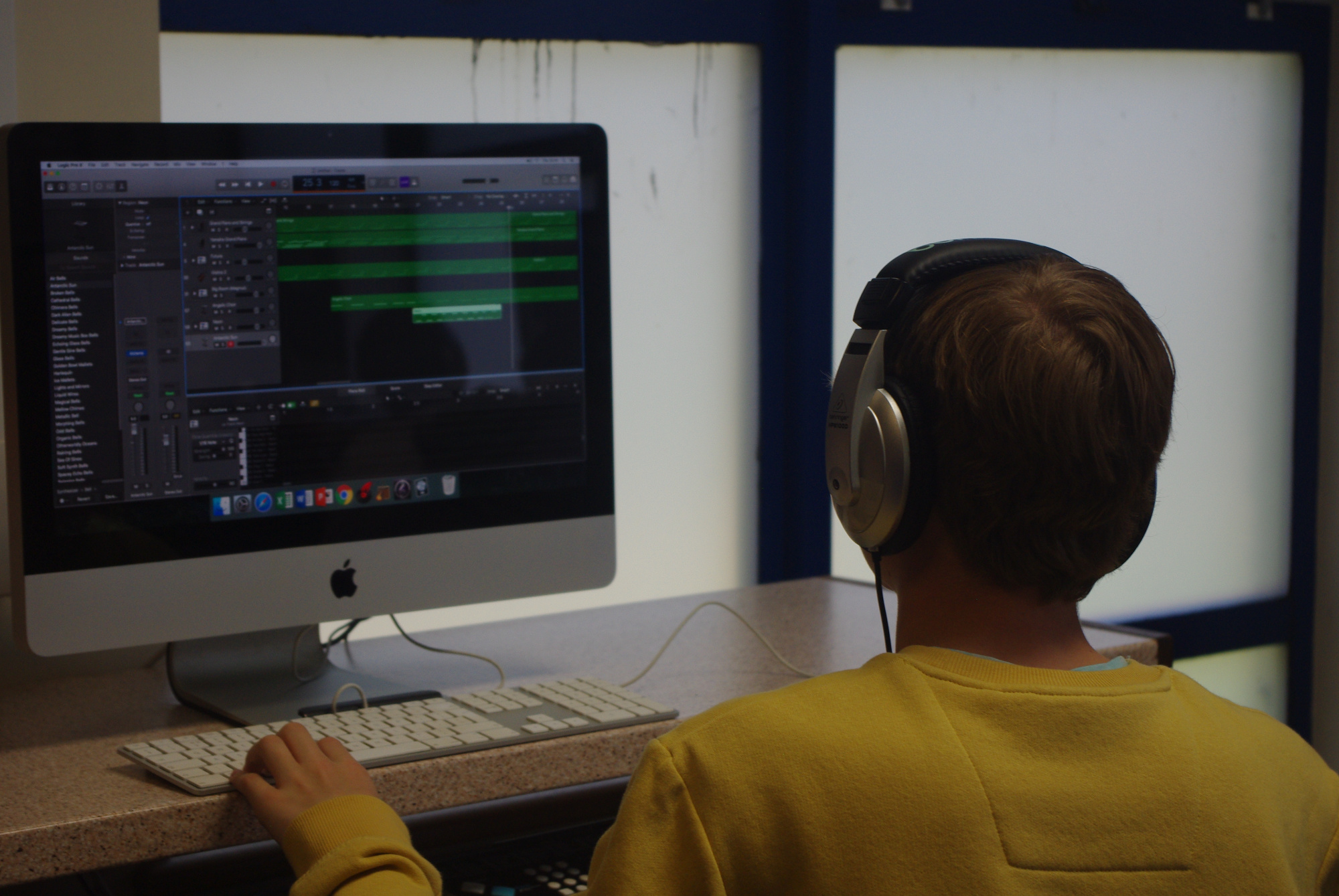 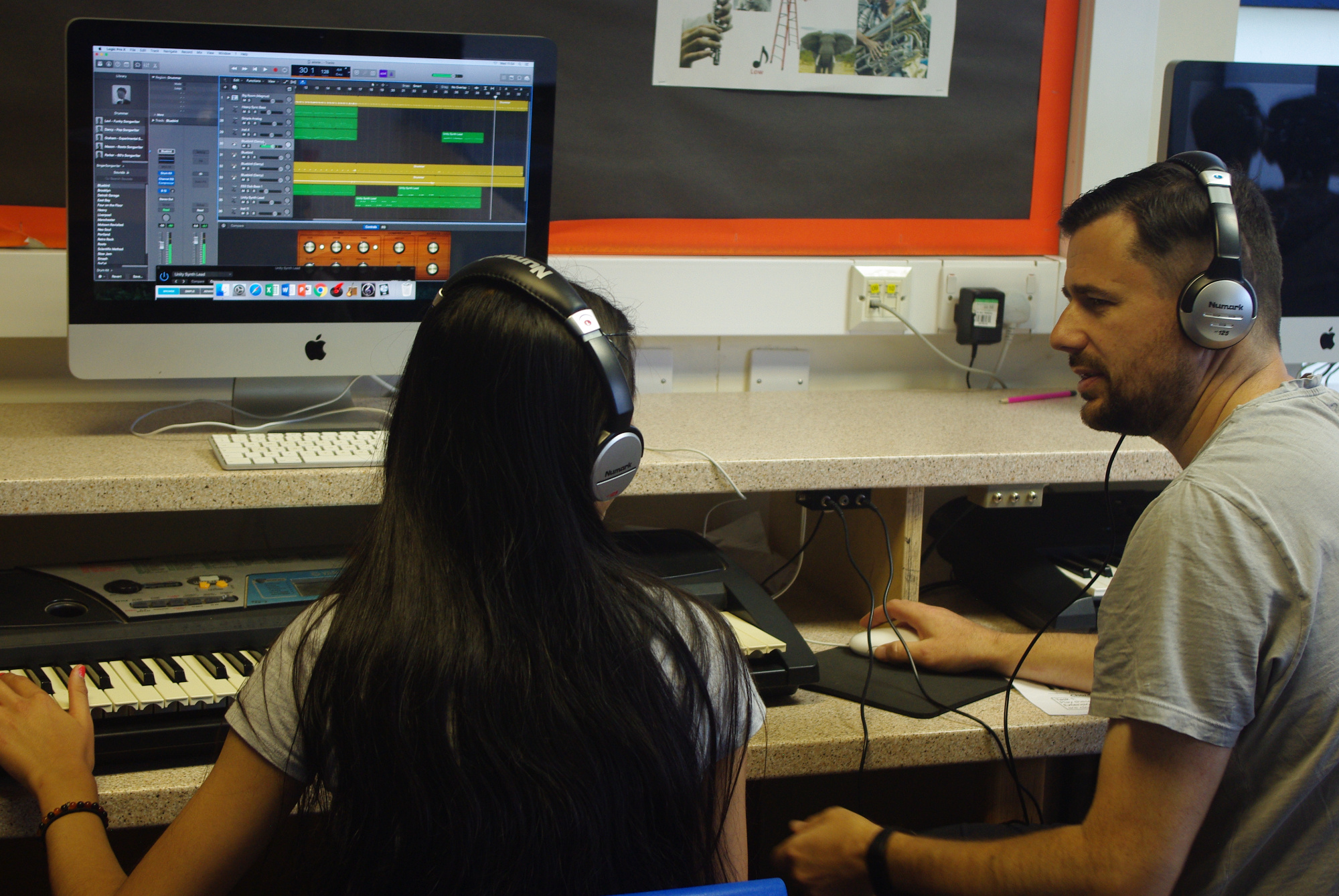 The Set Design group started to work on some of the costumes, cutting up silvery material to make costumes for the 'Beauty School Dropout' song.  It was fun to look through all the existing costumes and jewellery to find anything suitable for this production. The bleachers were finally finished and we had completed 12 plates of food. We glued the tinfoil curlers together to make individual head pieces - I was glad it wasn’t my head used for the template as we were using a hot glue gun! Other props we created included hub caps, corsages and flower pins. 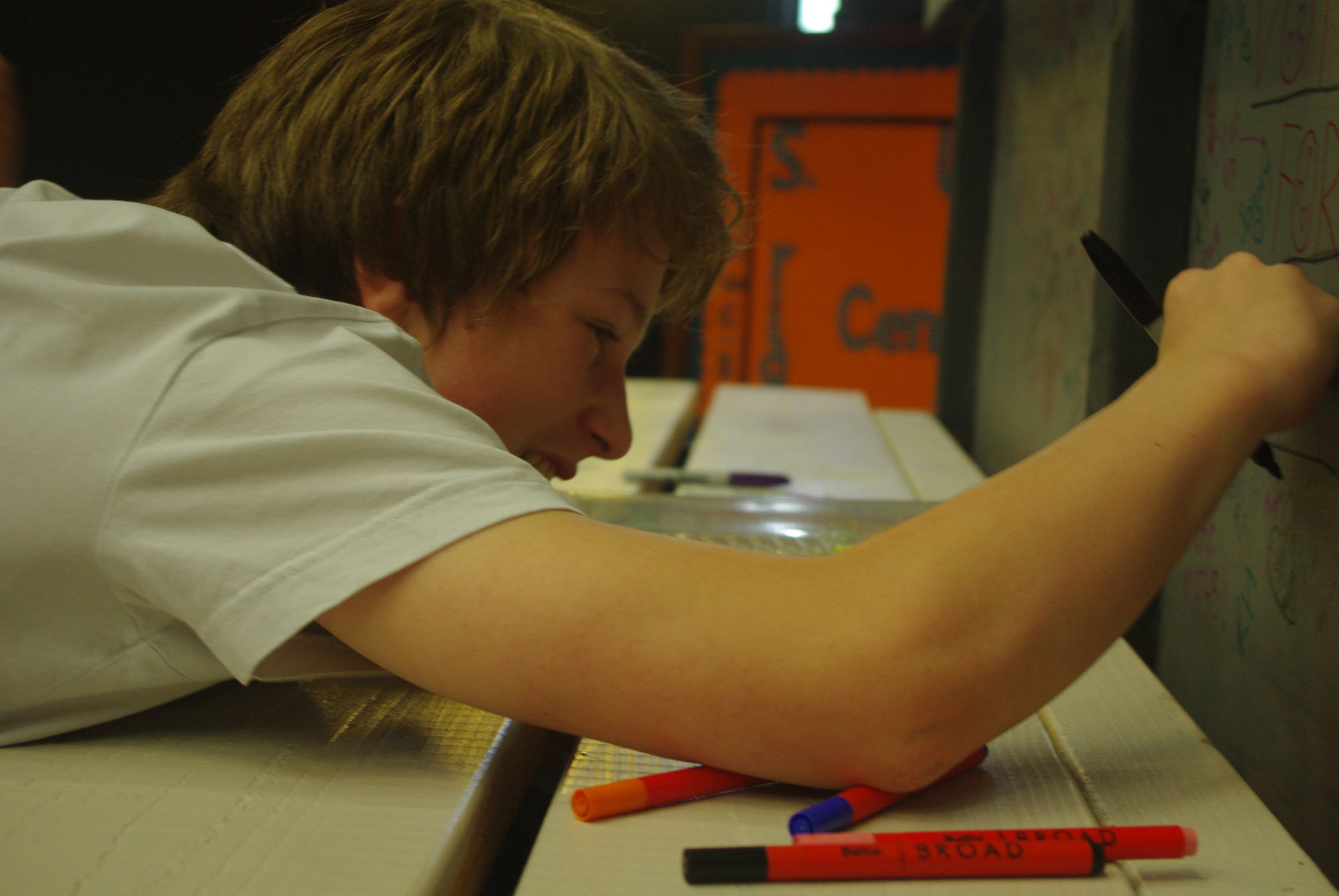 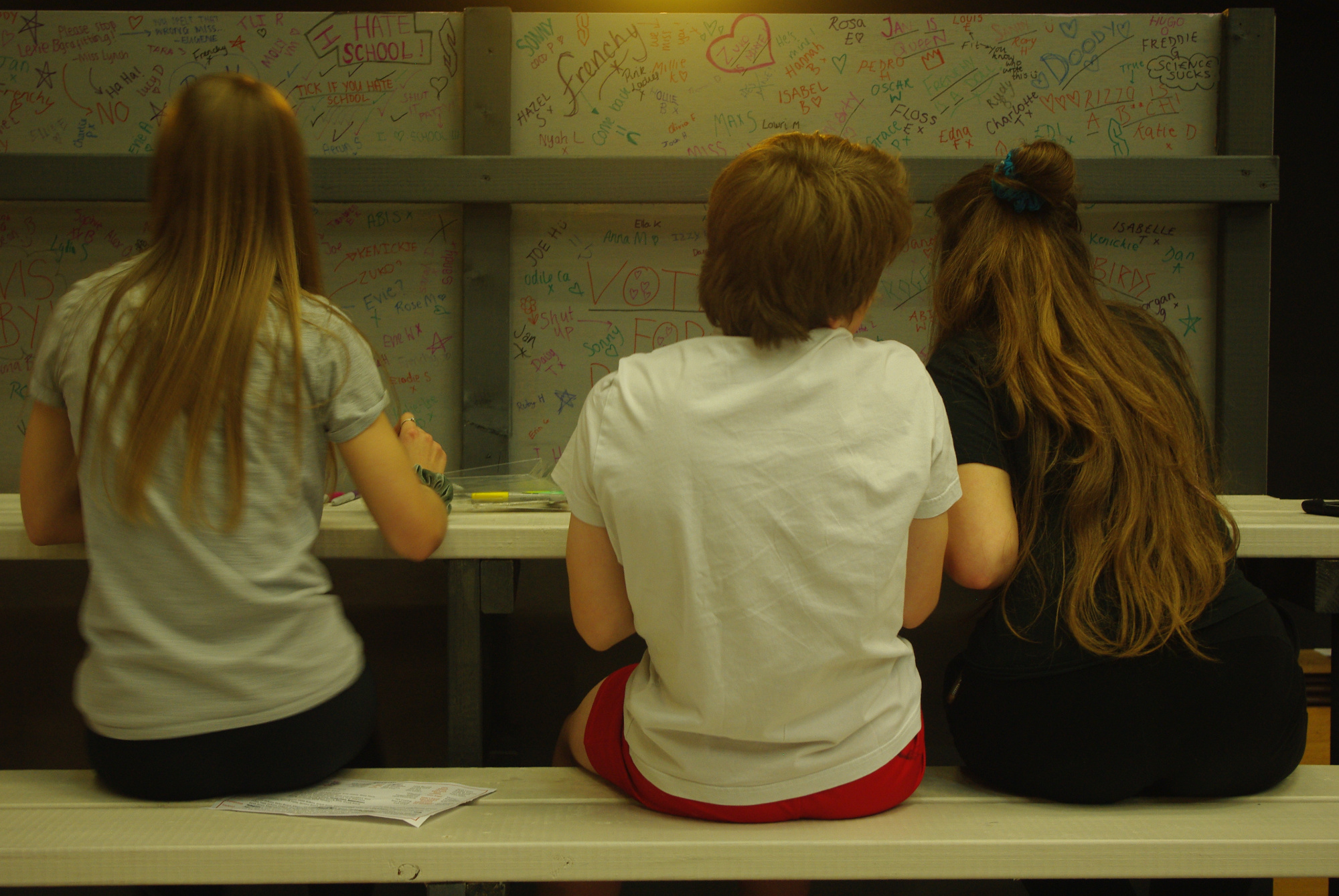 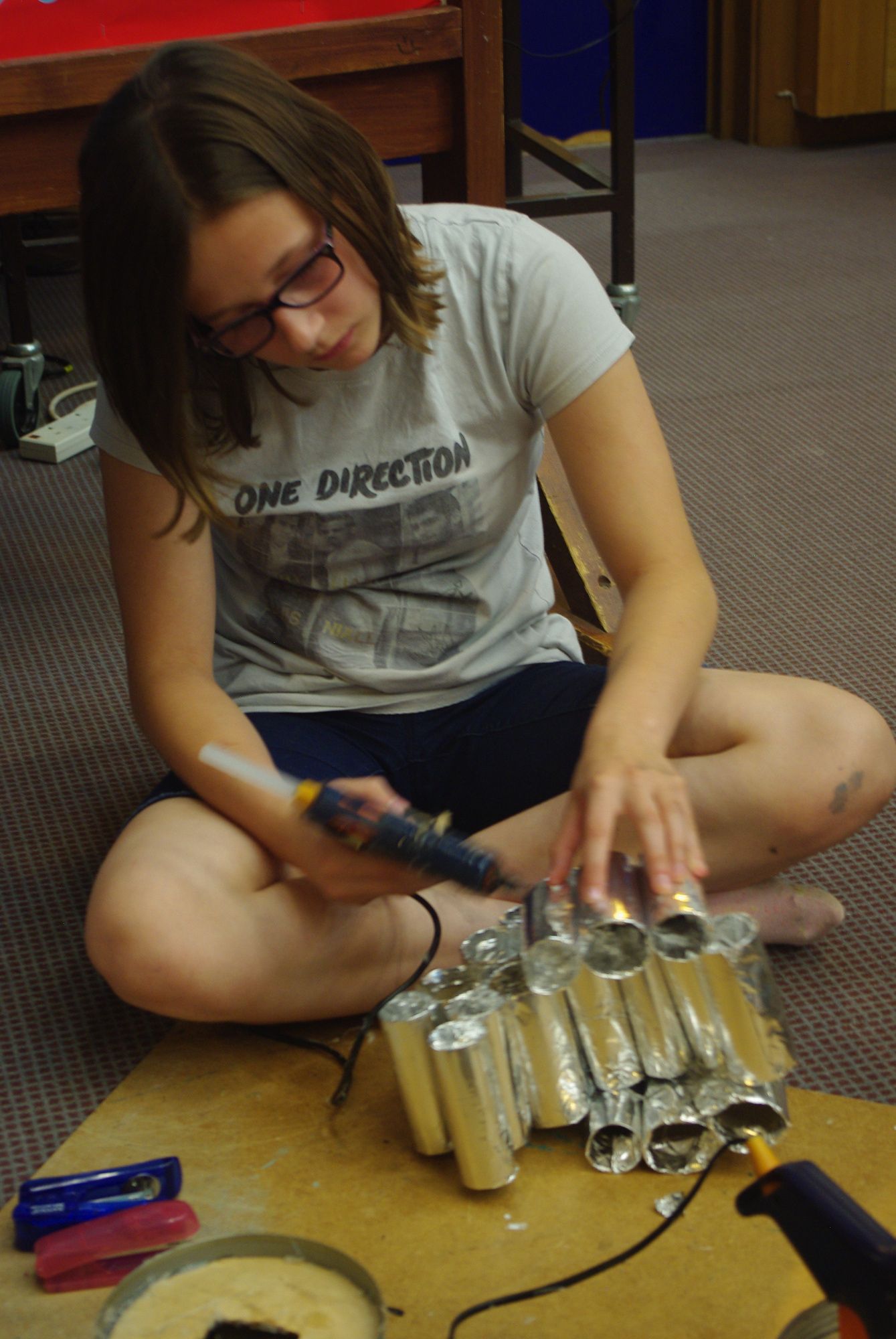 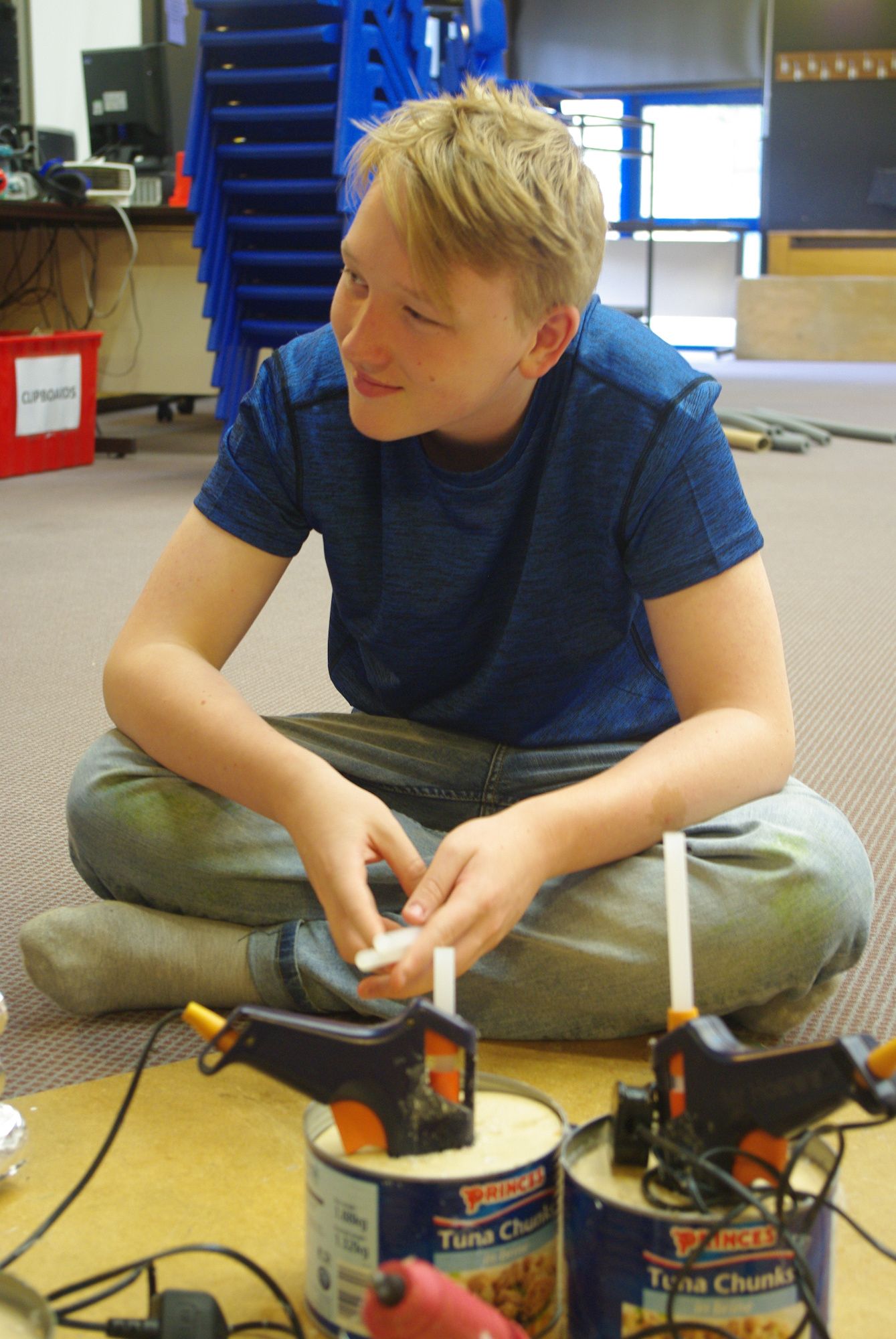 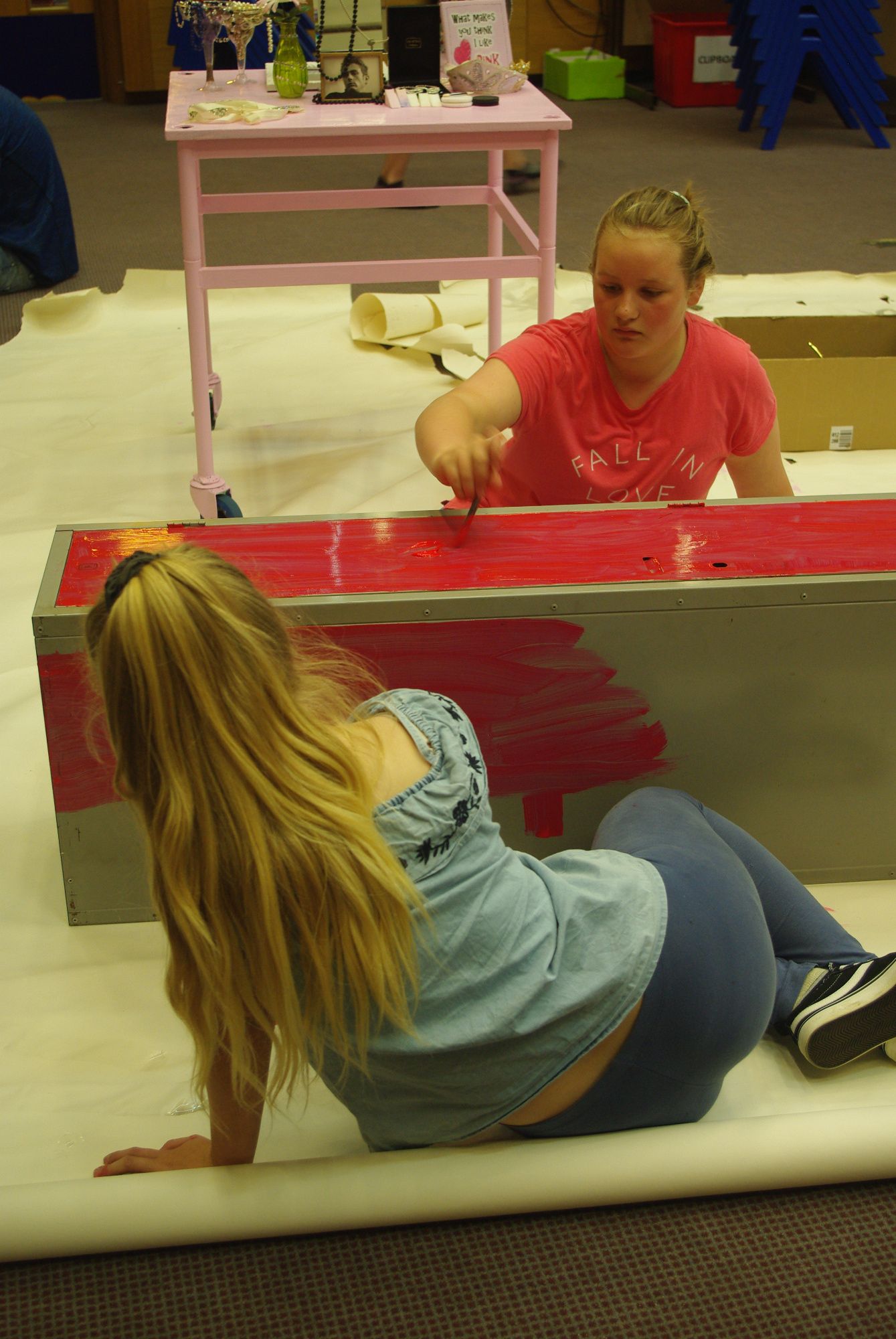 THURSDAY
Thursday was time for us to prepare for our presentations.  In the morning we finished all the outstanding projects and then we worked on our presentation for the other group.  It was great to see how much we had achieved.

In the afternoon we listened to the music group presentation, it was interesting to hear the different songs they had created.  During our presentation I was lucky enough to have been one of the people chosen to model our costumes and headpieces.  It was nice to see the positive reaction to our finished work. 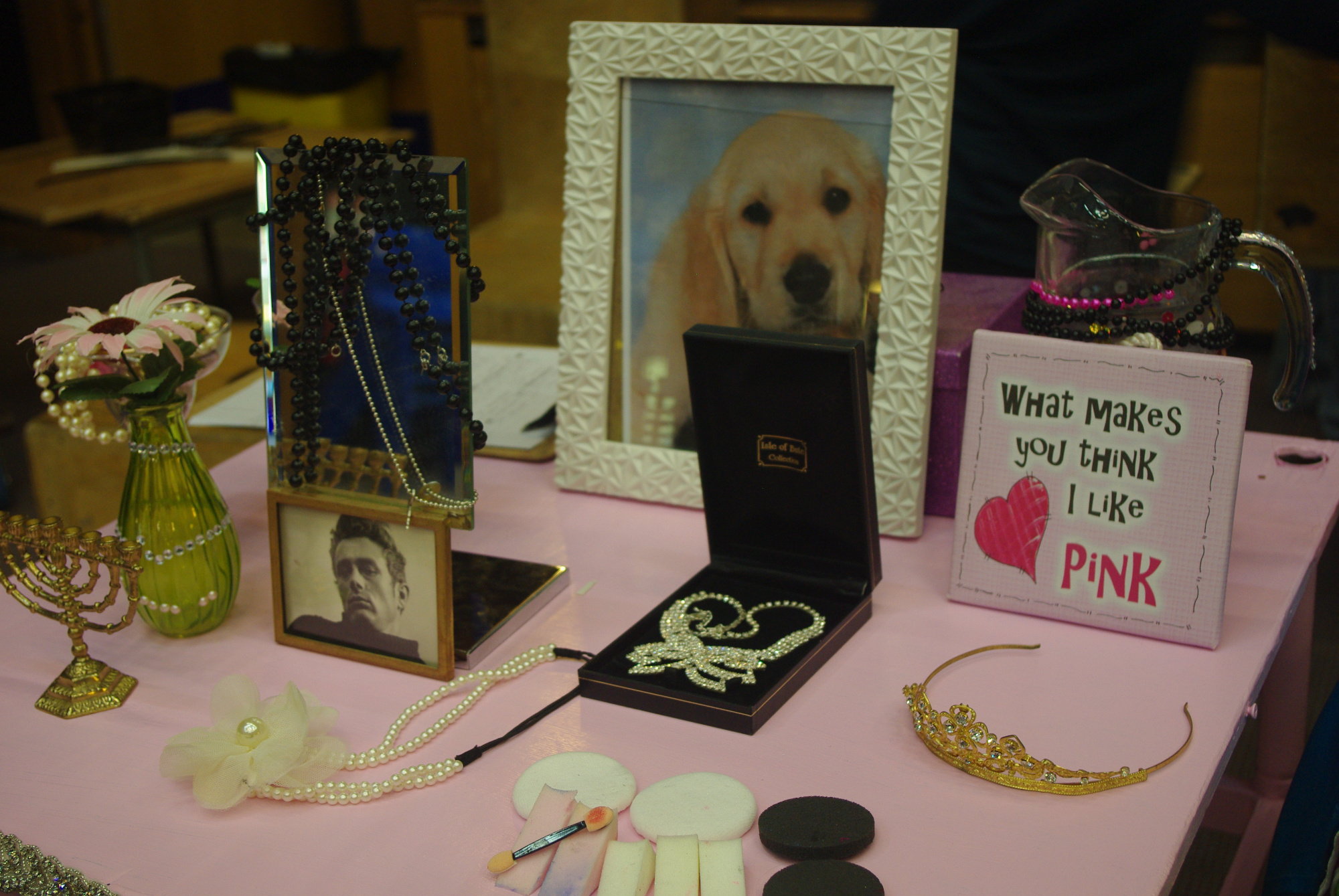 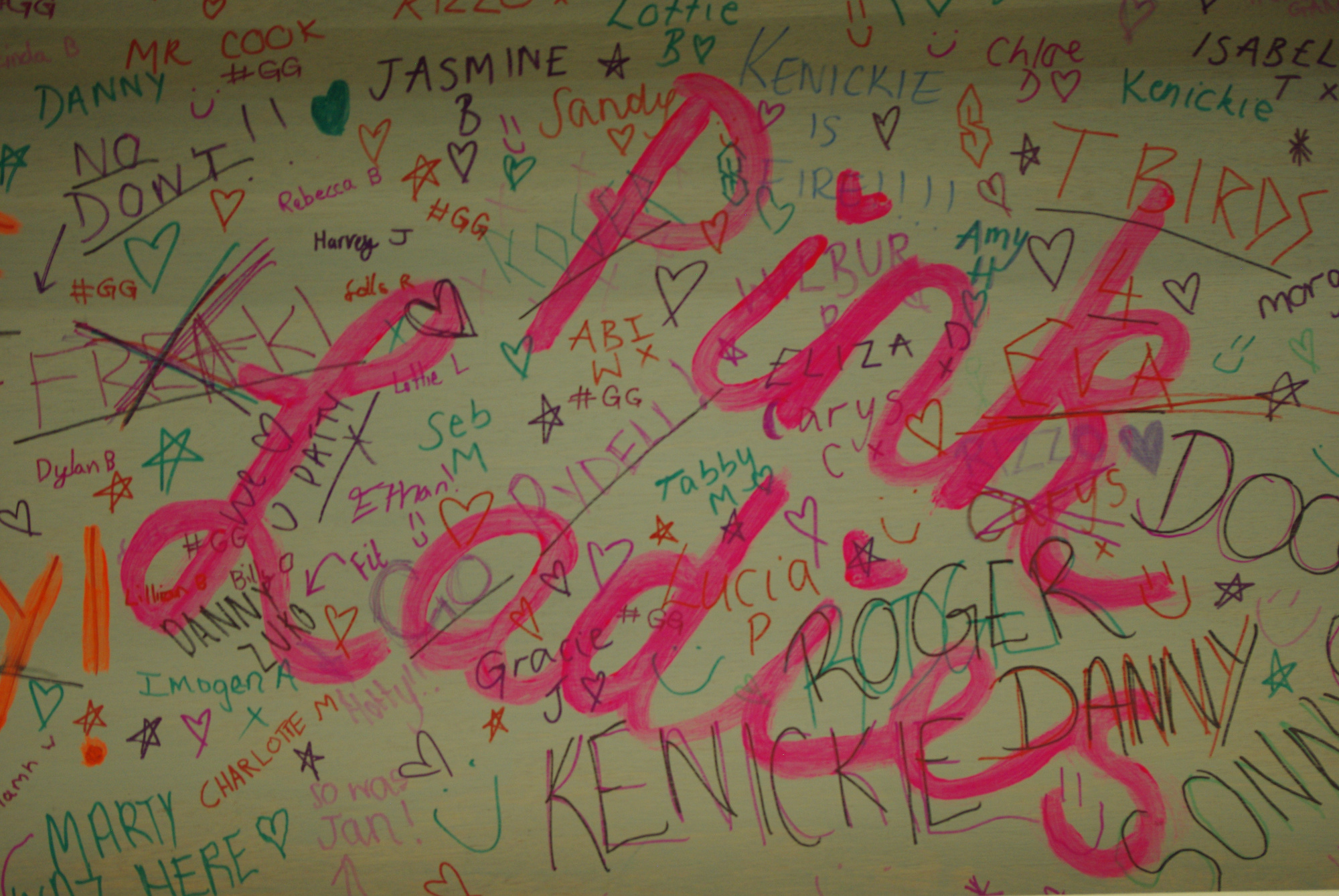 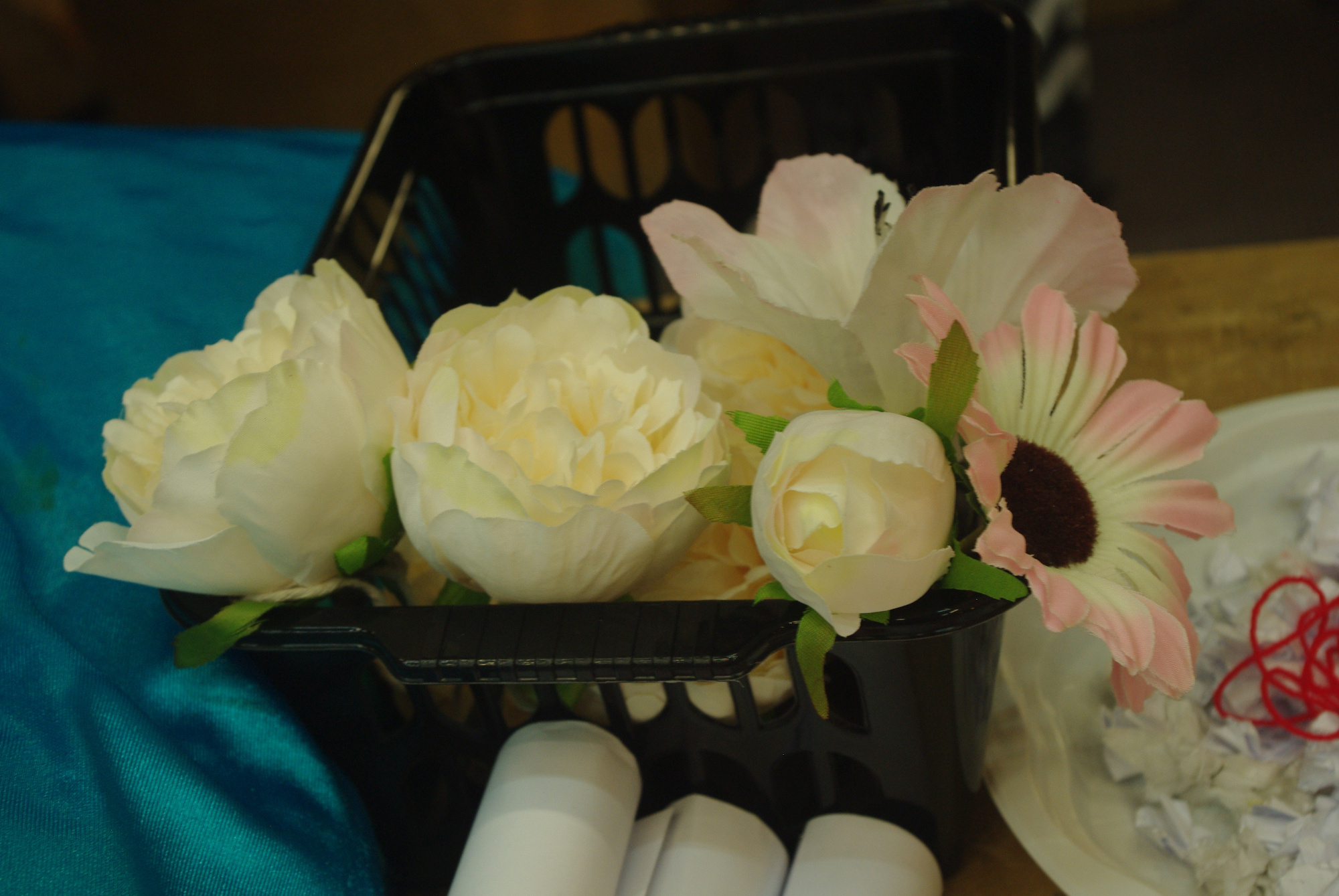 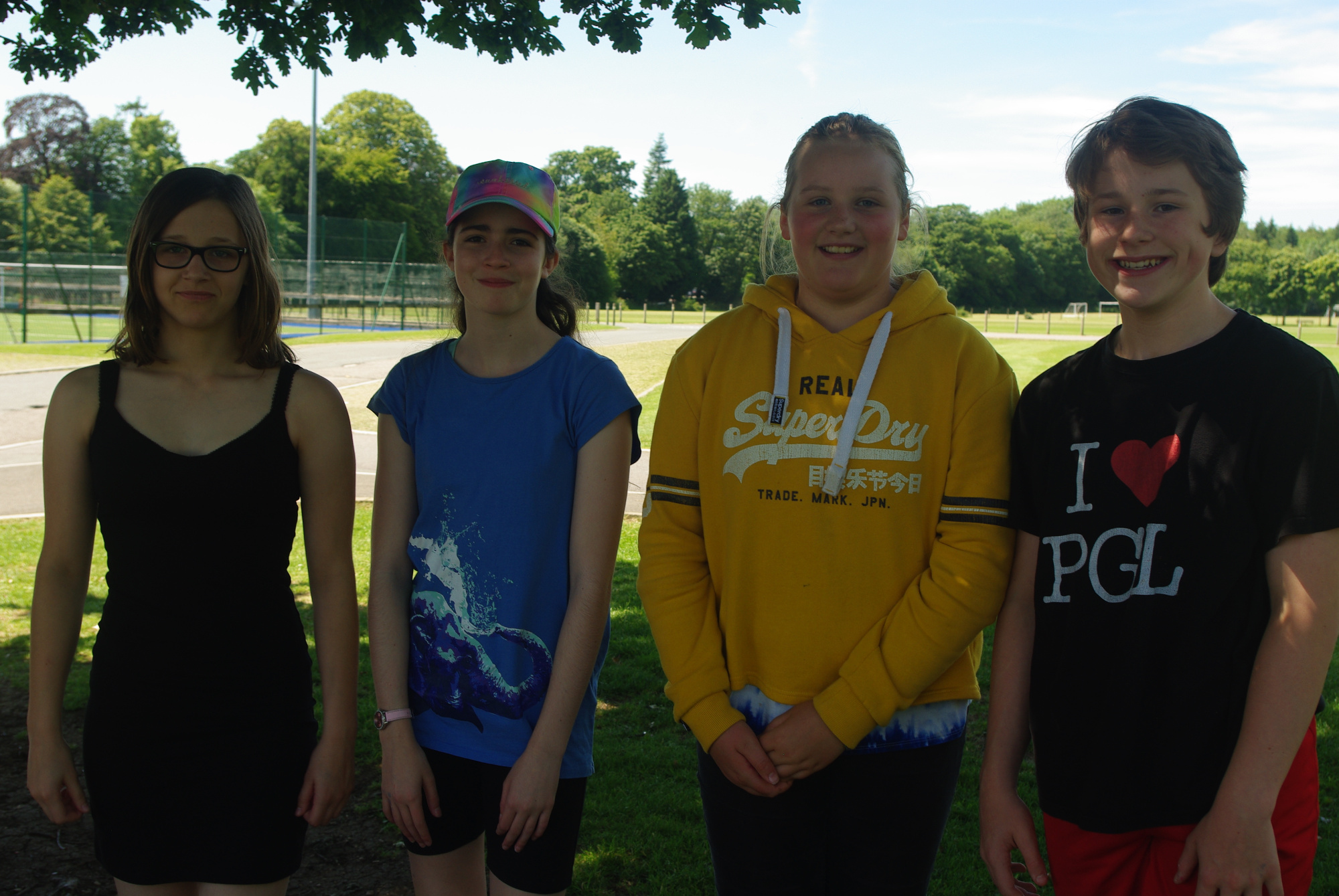 FRIDAY
On Friday we took part in some alternative sports, including the Egg & Spoon race and Frisbee. My favourite was playing Bulldog as it was funny to see the teachers taking part. Mr Cook’s enthusiastic hitting during Rounders resulted in a broken foam bat - we kept an eye on him after that! In the afternoon we walked down to the outdoor pool where we spent the afternoon cooling off after our sports morning.

It was a fantastic week and I loved every minute of it. We accomplished a lot but it felt very relaxed and enjoyable throughout the week and Friday was tiring but great fun.

Mrs Gleed, Head of Expressive Arts, commented: "The pupils seemed to really enjoy the variety of activities on offer and were really proud to show off their work at the end of the week. It was a fantastic week with fantastic pupils."