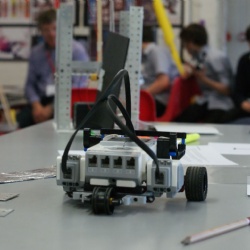 On Tuesday 14 May 2019, 40 excited Year 9 pupils, in 8 teams, gathered in the Design Faculty to take part in the Royal International Air Tattoo (RIAT) Science Technology Engineering and Maths (STEM) Challenge. Simon Kettle from STEMworks was with us for the day and was one of the judges, along with Mrs Evans, Head of Design. Pupils were eager to start, to decide who was responsible for each role identified in the task and to put down their initial ideas. The task was hard and there were a lot of solutions to be found. They would have to work as a team if they were to succeed.

The challenge was to build and program a robot to navigate a course and activate a message system. In addition to the robot element, each team needed to build a communications tower, which sent two messages: the first involved raising a flag, the second was a light flashing on and off.  The groups chose a variety of ideas and methods to solve this set problem. Each group successfully raised their flag and caused the bulb to light. 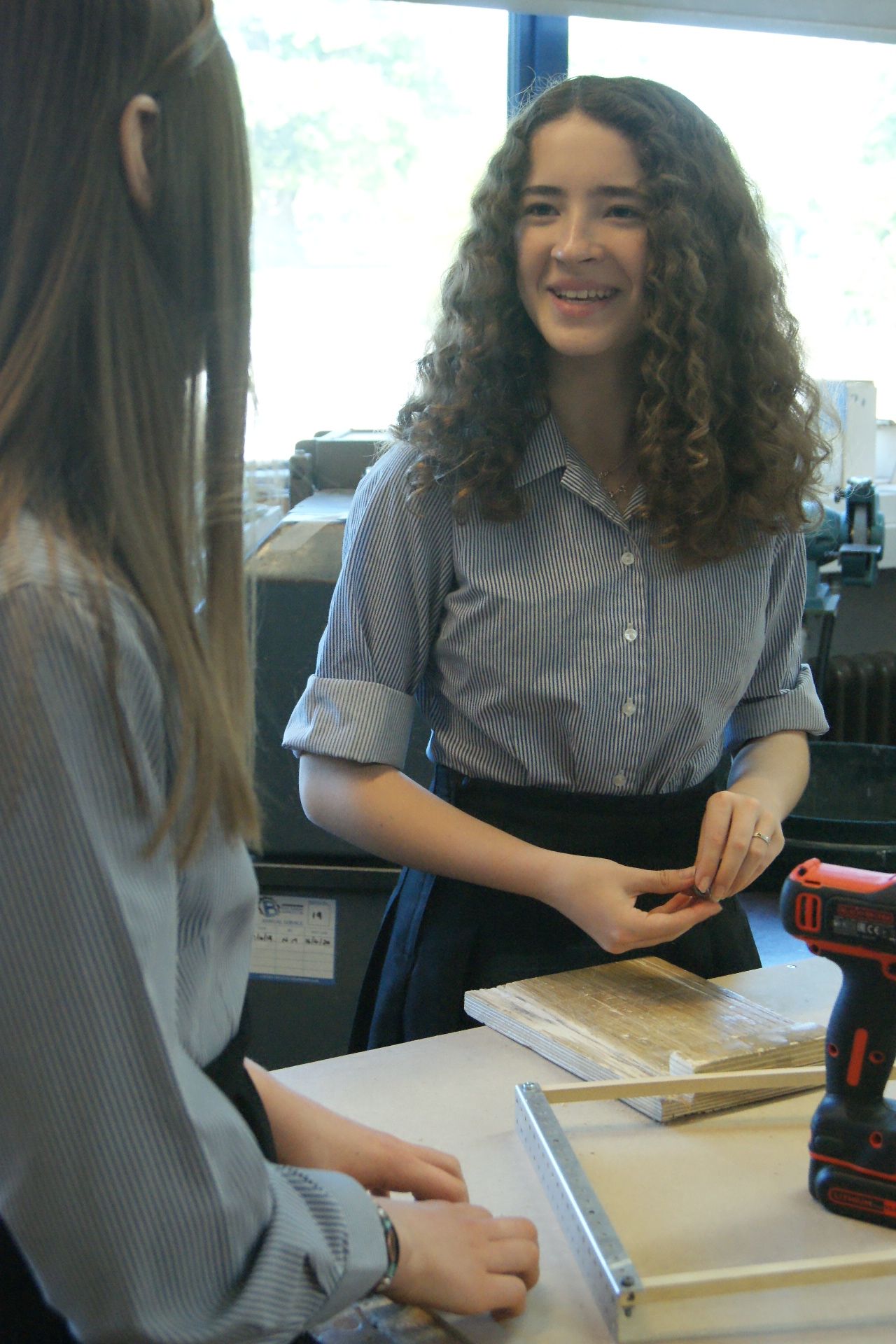 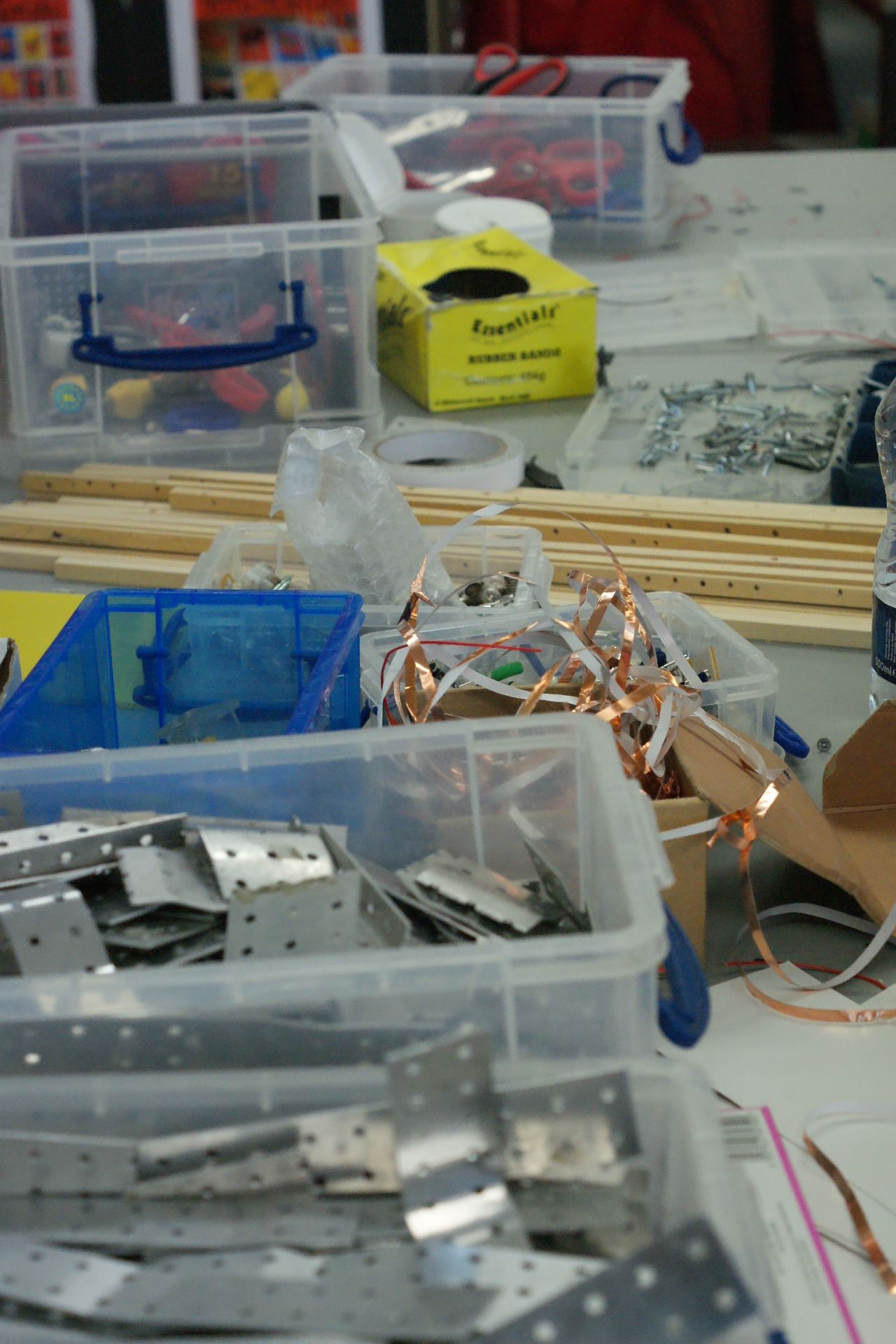 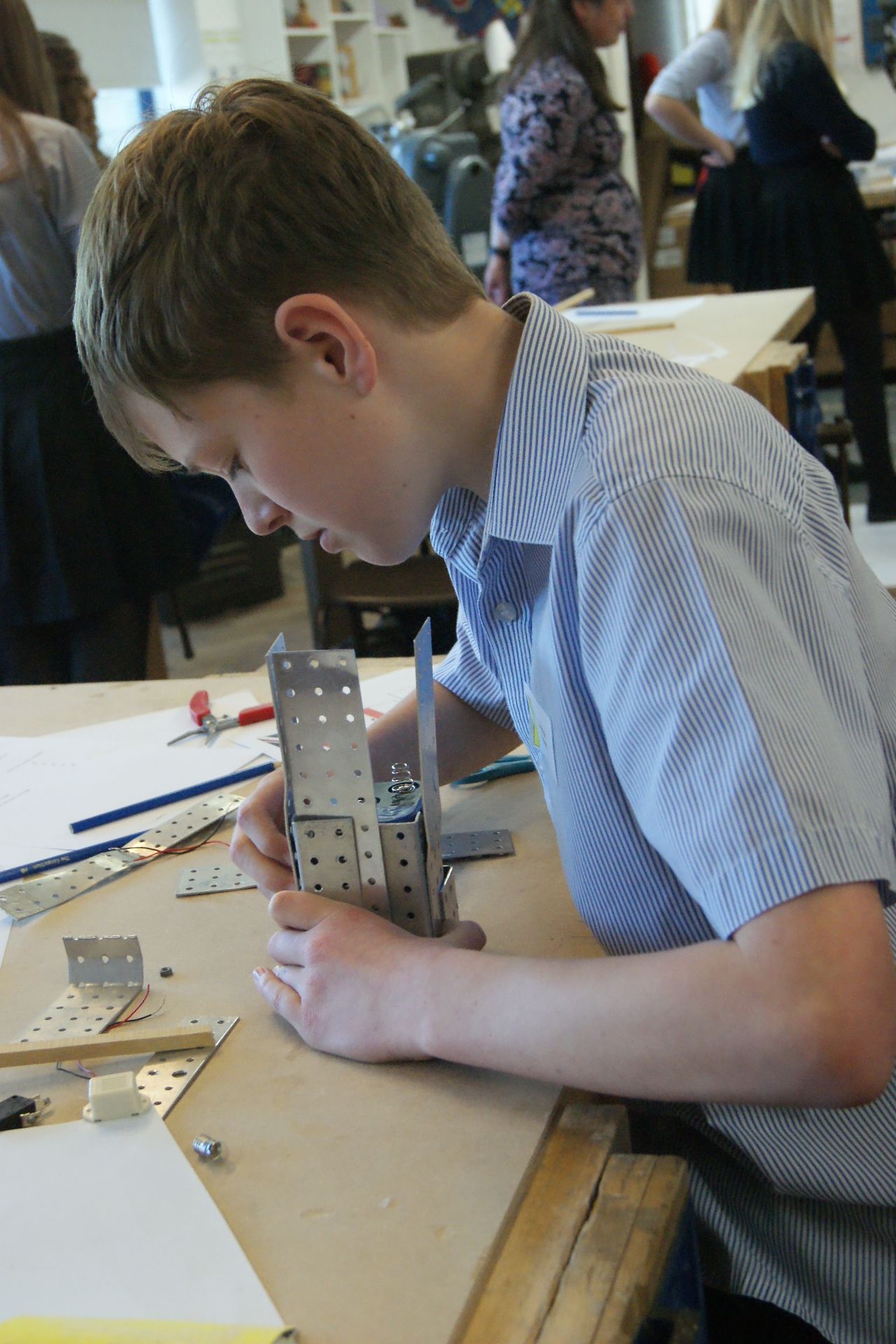 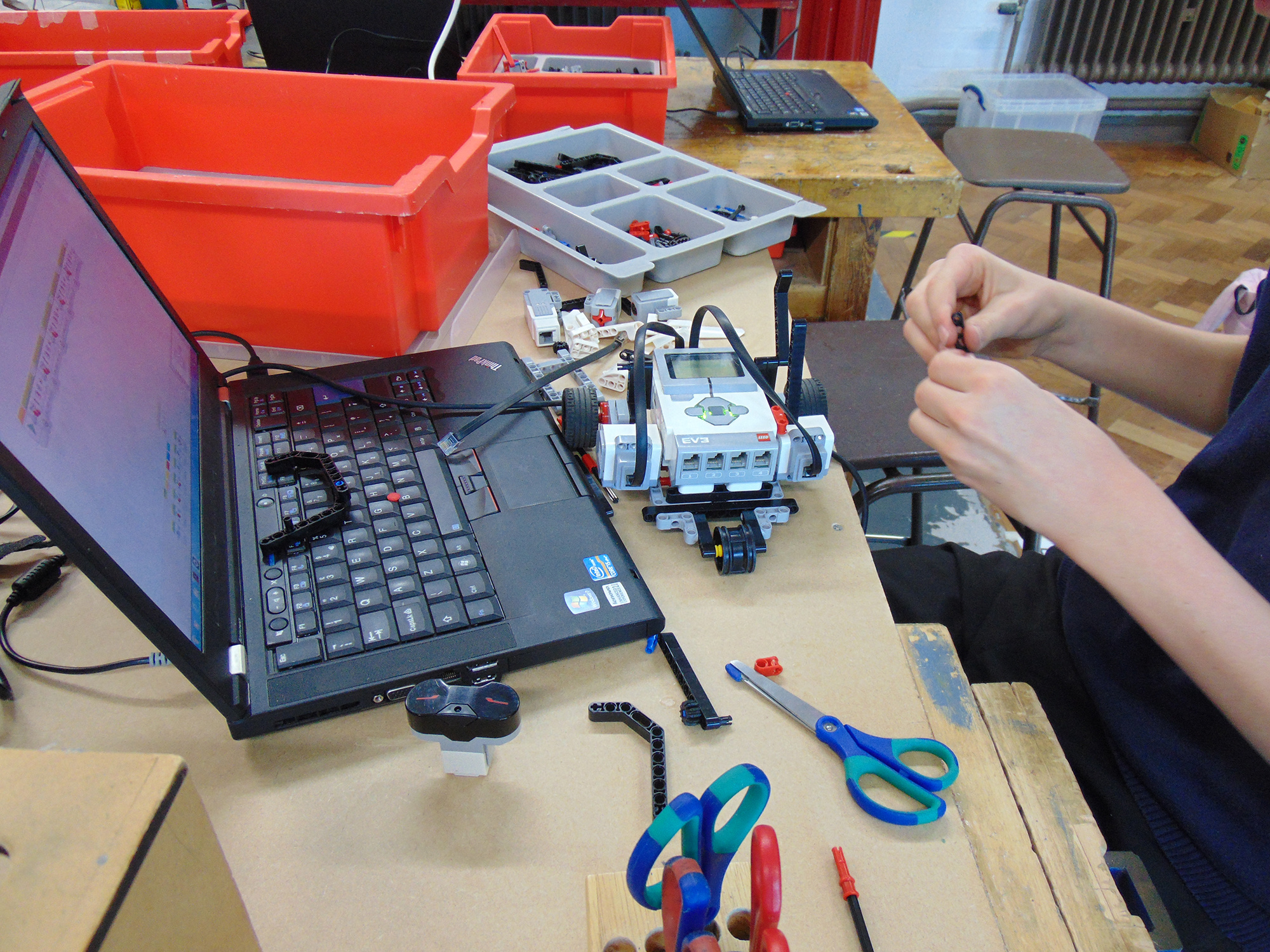 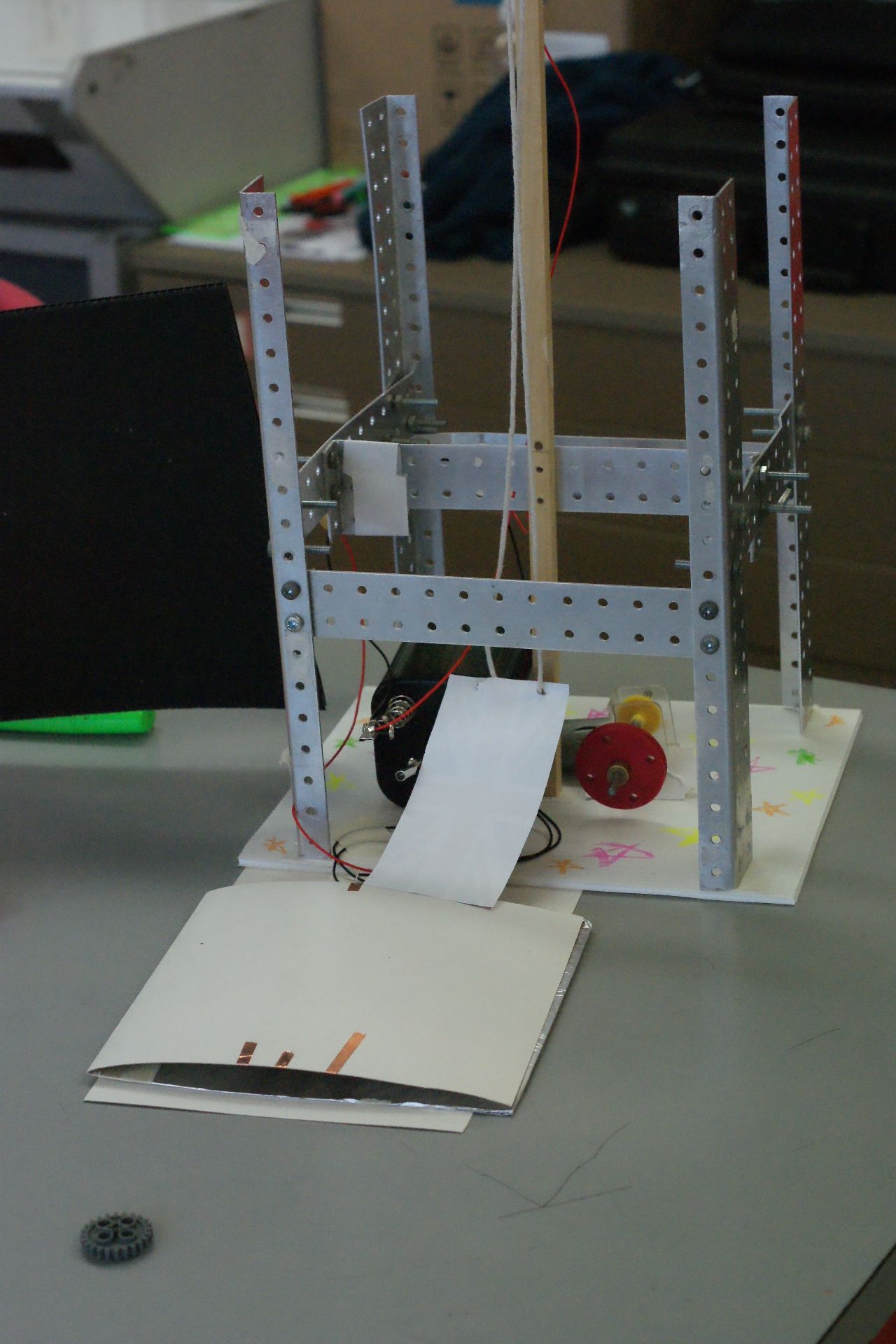 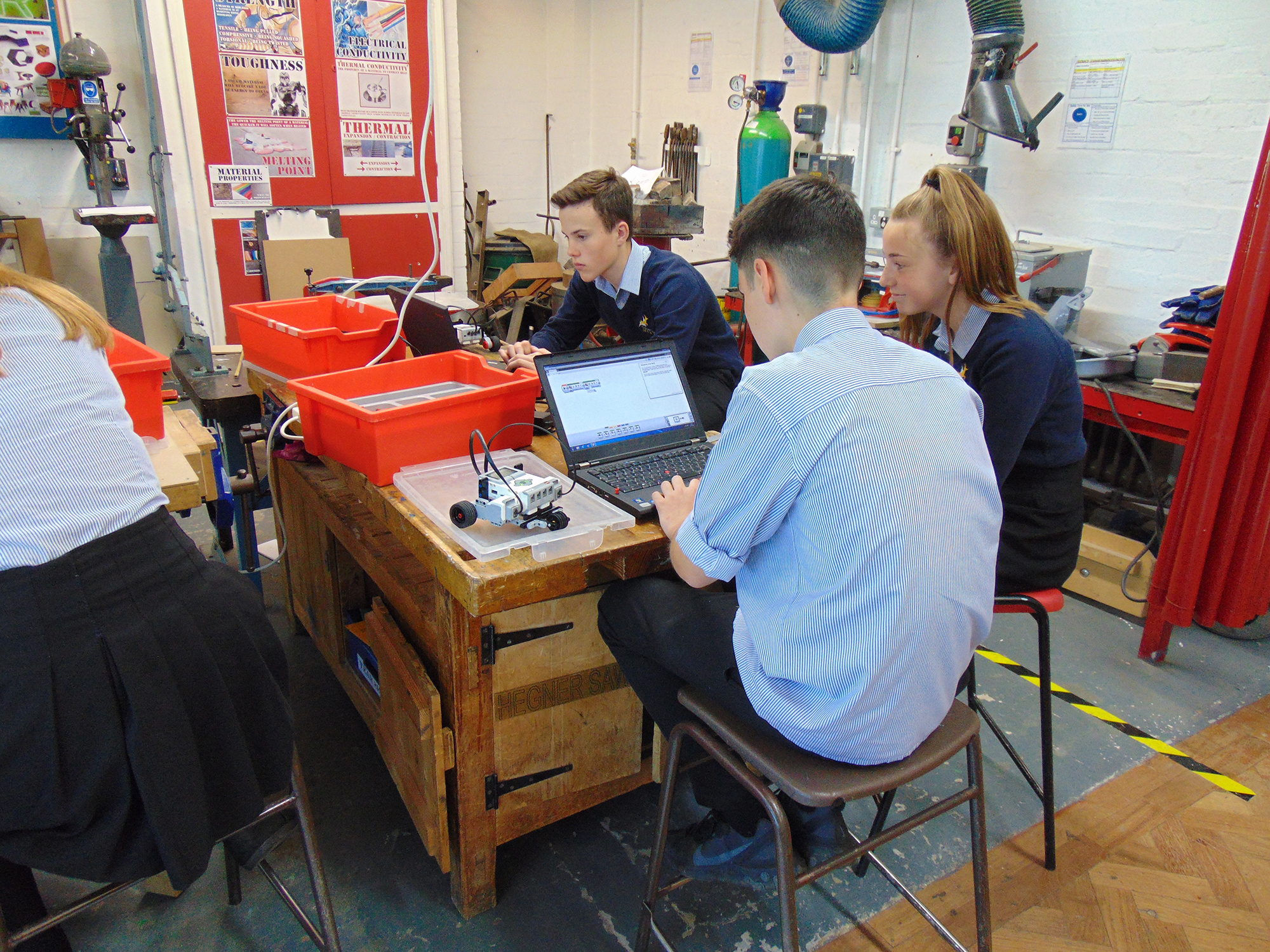 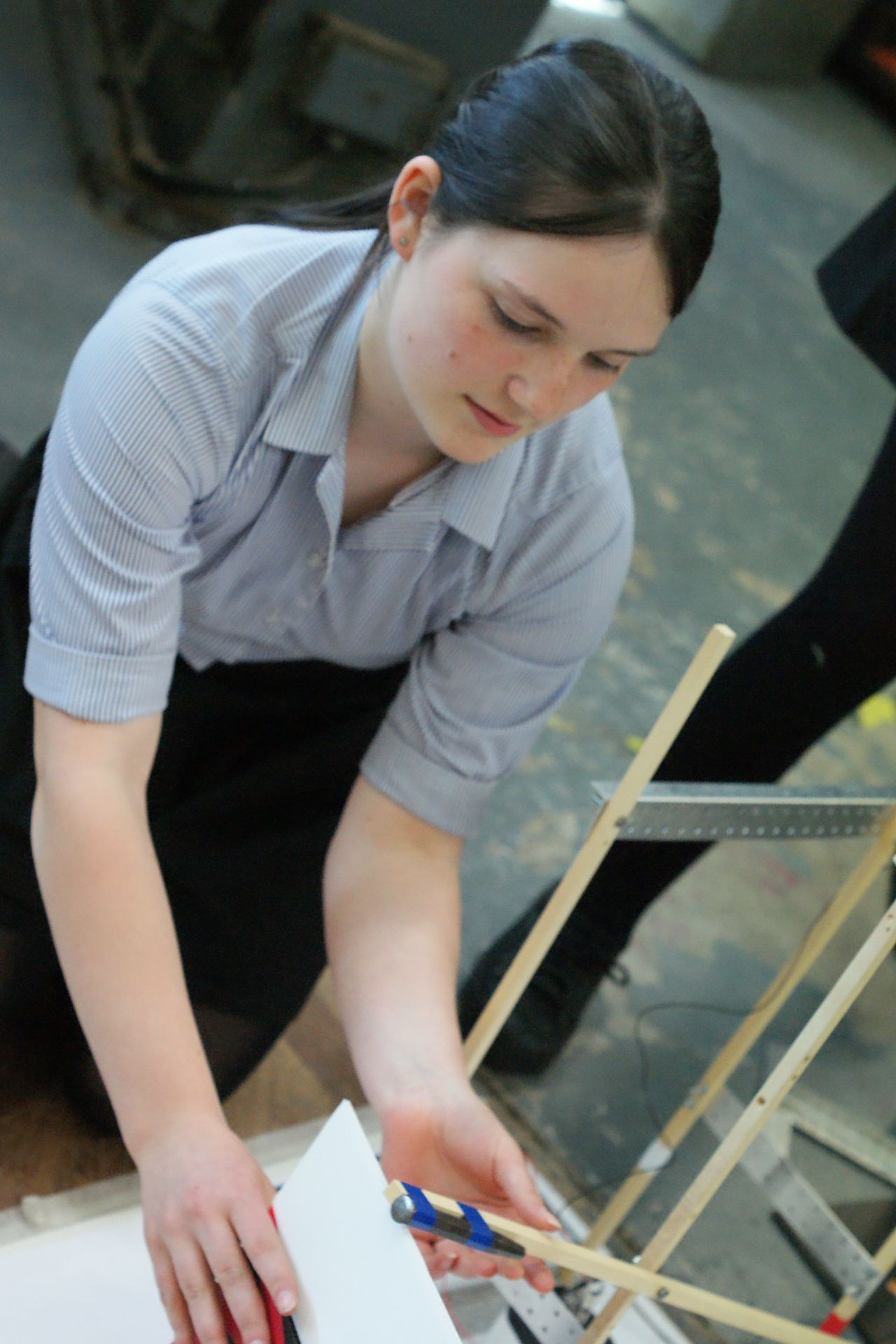 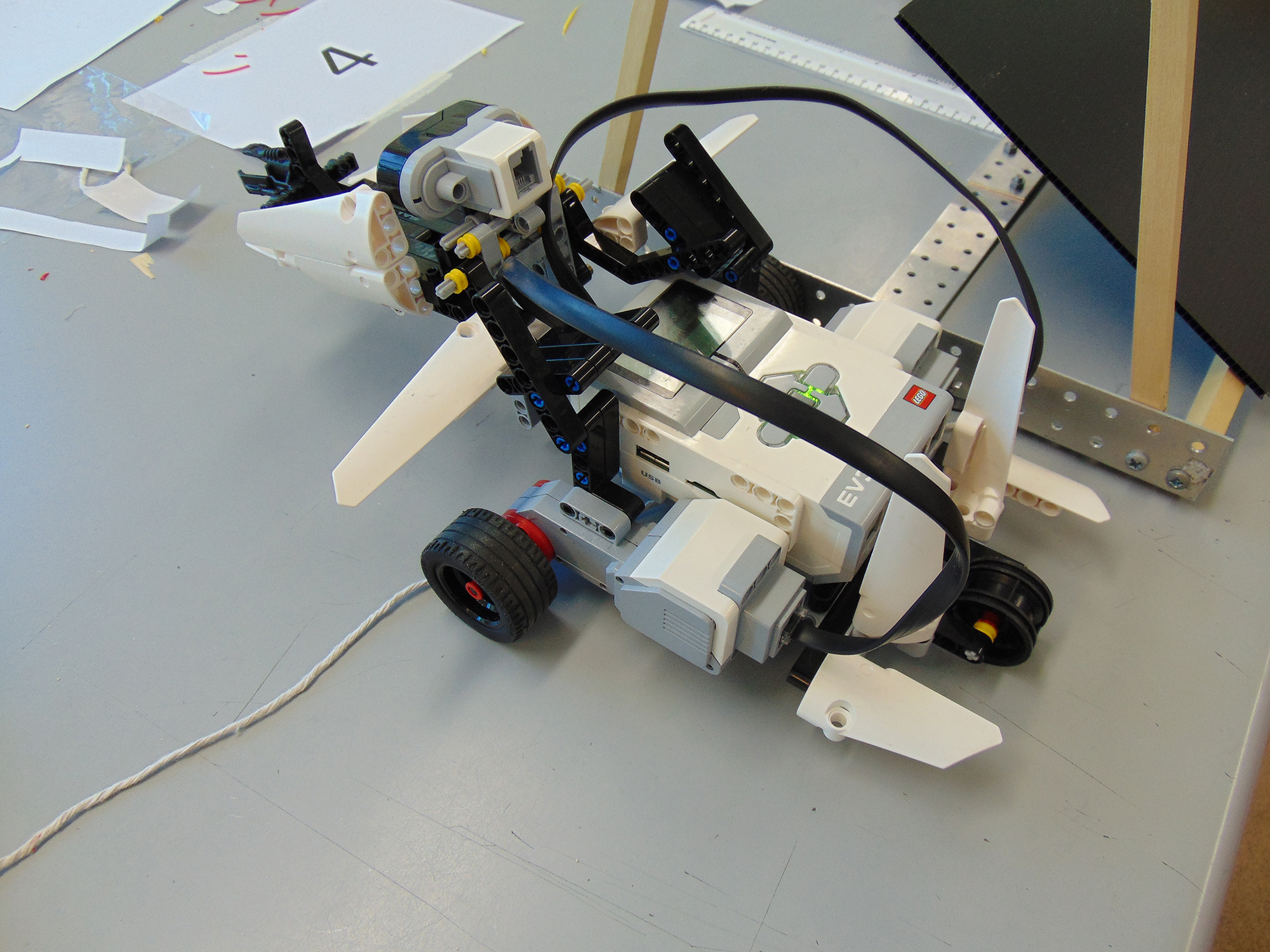 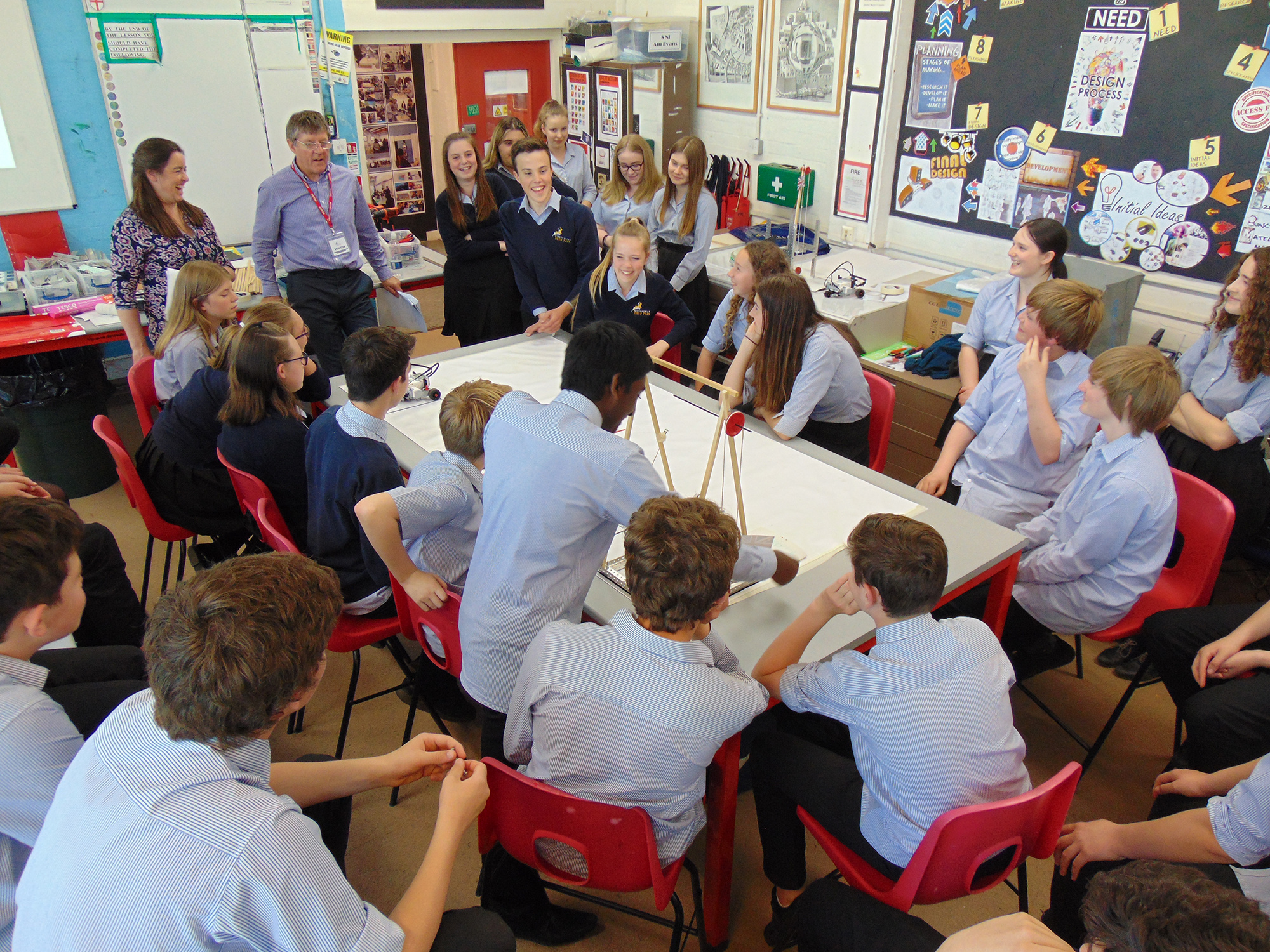 Pupils worked brilliantly together as teams. Some used a motor to power the raising of the flag, others used counterbalances and pivots. The bulb was lit using a variety of methods too: some groups created their own switches, others used a micro switch.  All of these methods required the robot to trigger them.

The winning team of Ruth, Alexandra, James, Lydia and Felix will go forward to the RIAT Schools Engineering Final on Saturday 20 July.  It is based in the TechnoZone area on the Royal International Air Tattoo show ground at RAF Fairford. Our team will be competing with other local schools on another set challenge.

Our pupils thoroughly enjoyed the day; here are just a few of their comments: 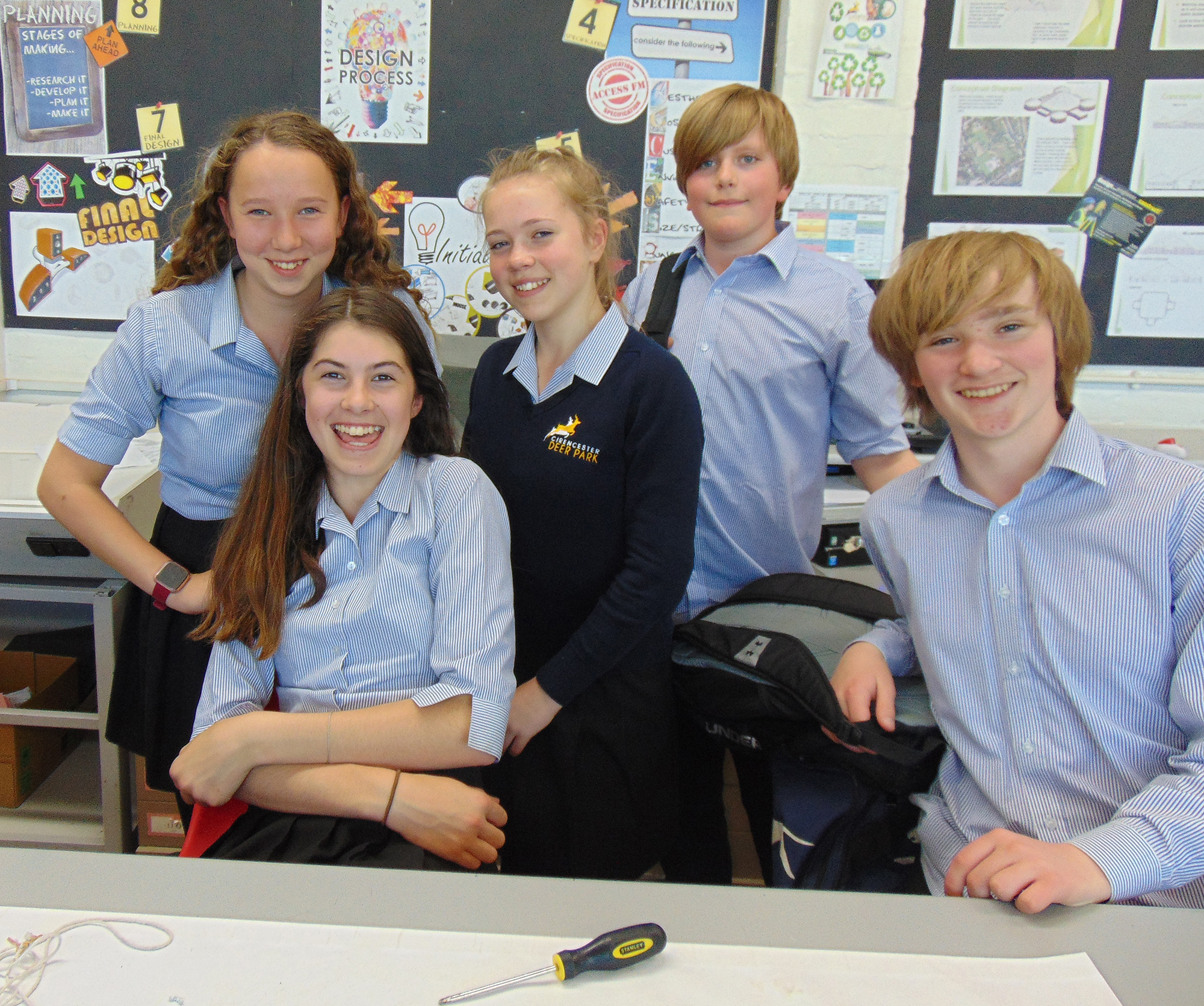 Lola M: “Our model worked so well in practice but did not perform as well when it came to the final test.  I think the robot got stage fright!”

Jaden C: “It was a very enjoyable experience.  I learnt a lot of new skills in the STEM area.”

Thomas D: “It was a challenging and fun day.”