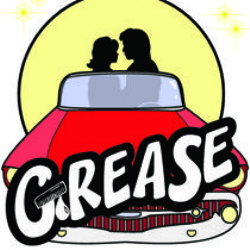 During the last week of March 2019, alongside our Spring Showcase on Tuesday 26 March, our Expressive Arts team were revealing clues to our next whole school production which will be on stage in February 2020. On Monday 1 April 2019 they announced what it will be.

After much deliberation, consultation and discussion, the team have chosen the musical ‘Grease’, which first came to the stage in 1971 and to cinemas in 1978 and tells the stories of teenagers at Rydell High School in 1959. The announcement has already created a lot of excitement; the show includes some great songs and dance routines and it will enable us to offer a broad range of roles across a large cast and production team.

Mrs Gleed, Head of Expressive Arts, and her team have confirmed the arrangements for auditions - details of  workshops and auditions will be shared with pupils before we break for the Easter Holidays on Friday 5 April - and then the real work will begin with rehearsals running from June 2019 through to February 2020.

The Expressive Arts team are very excited to have finally revealed what the next musical is. Pupils have been really engaged with the clues, and it appears that they are happy with the decision and lots are already asking how they can get involved.

As both the musical and the film are certified as PGs, we have carefully considered themes explored in the script, many of which still resonate today and form the storylines in teenage drama and fiction. However, to ensure our pupils have an understanding of the play’s context, Miss Hope, Head of RP, Citizenship and PSHEe, will ensure our PSHEe programme of study complements the work of our Expressive Arts team, so that pupils are able to talk about the issues and learn from the characters’ experiences. In line with the national curriculum and The Department of Education’s guidance, our PSHEe lessons already cover positive relationships and pupils are able to discuss and respond to a range of different scenarios.

I am sure the rock and roll music of ‘Grease’ will bring back a lot of memories for people of all ages. There is no doubt that it will be a popular choice and I am confident our pupils and Expressive Arts team will work together over the next 10 months to make it a truly exceptional production!

We are looking forward to the school resounding with songs such as 'You're the One that I Want', 'Summer Nights, 'Hopelessly Devoted to You' and so much more!