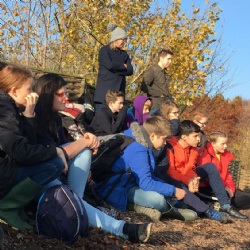 After school on Friday 16 November 2018, 32 Year 7s set off on a residential retreat for the weekend. Two days of fun, activities and challenges in and around Slimbridge were organised to help develop our pupils' global understanding and really stretch them to achieve more than they first thought possible.

“This was a fantastic opportunity for some of our more able pupils to practise the higher order thinking skills that are so vital for accelerating learning and accessing truly powerful learning. It was a delight to run sessions with colleagues and watch the Year 7s rise to the challenges.” James Johnson, Head of School

On arrival, pupils were allocated their bedrooms and were immediately challenged to start to write their 'Slimbridge Stories', a diary for their residential that they would update throughout the weekend to encourage them to write using wider vocabulary and to encourage different writing techniques to improve their written communication. 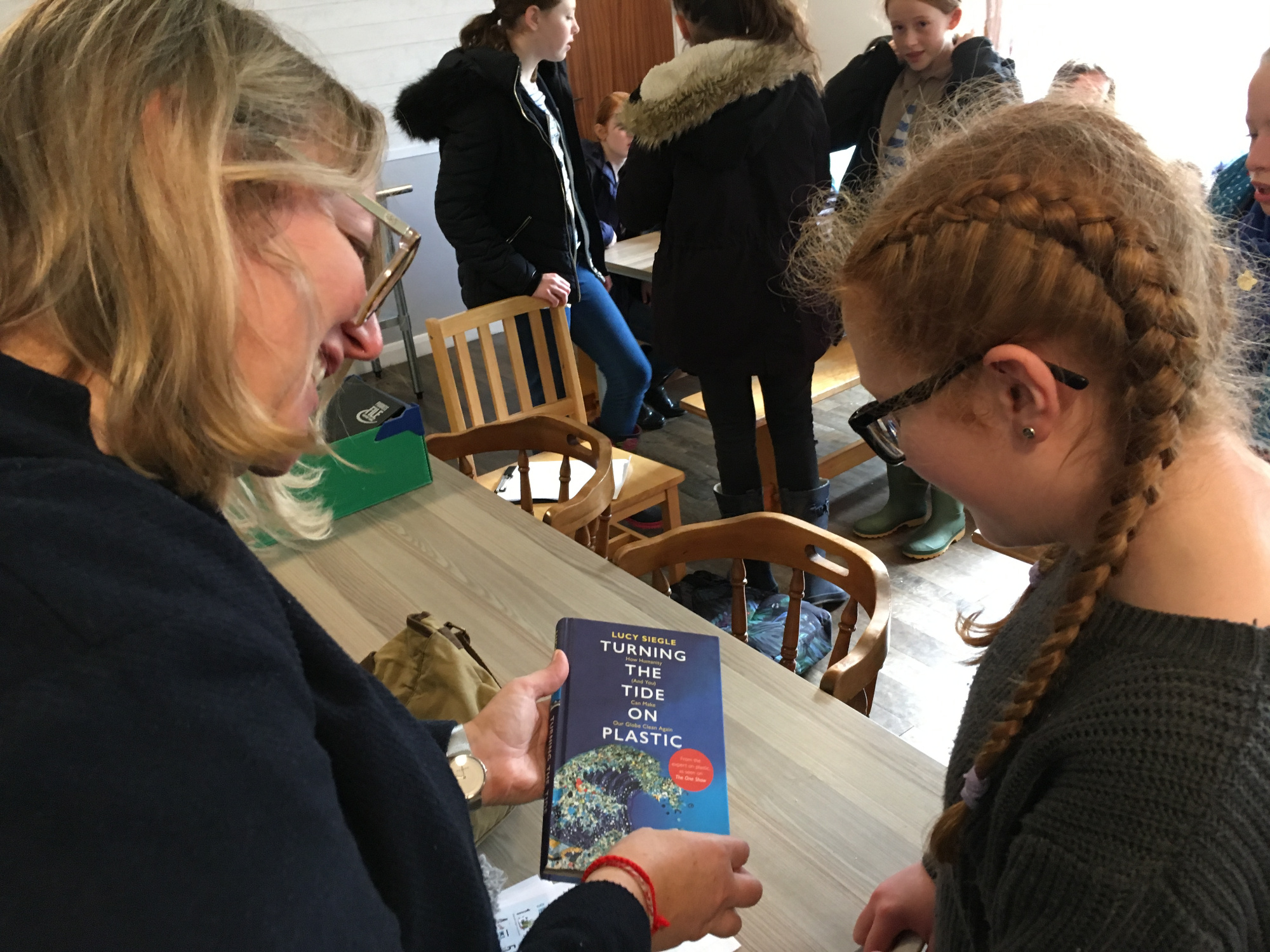 Following a delicious self-catered meal of pasta and sausages on the first evening, our pupils threw themselves into the 'mission launch' activities where they had to work with one another to try and resolve different points of view around a specific problem: the amount of plastic polluting the ocean.

There followed a calming pre-bedtime story time which set up the challenge that the pupils were to undertake the next day and evolved into a very amusing joke and riddle session!

Following a good night's sleep, the pupils ate a massive breakfast and walked down to the WWT Slimbridge Wetland Centre. The Wildfowl & Wetlands Trust (WWT) is a conservation charity that saves wetlands. Pupils and teachers were immediately captivated by the swans and the geese. Sue, our Learning Officer, delivered a fascinating session that helped pupils understand the water cycle and the impact pollution can have on environments such as wetlands. Carrying out their own research and observations helped them appreciate the real world impact of polluting activities. A highlight for some of the pupils (and some of the staff!) was the opportunity to handle a rare salamander in the WWT's Amphibian Centre. 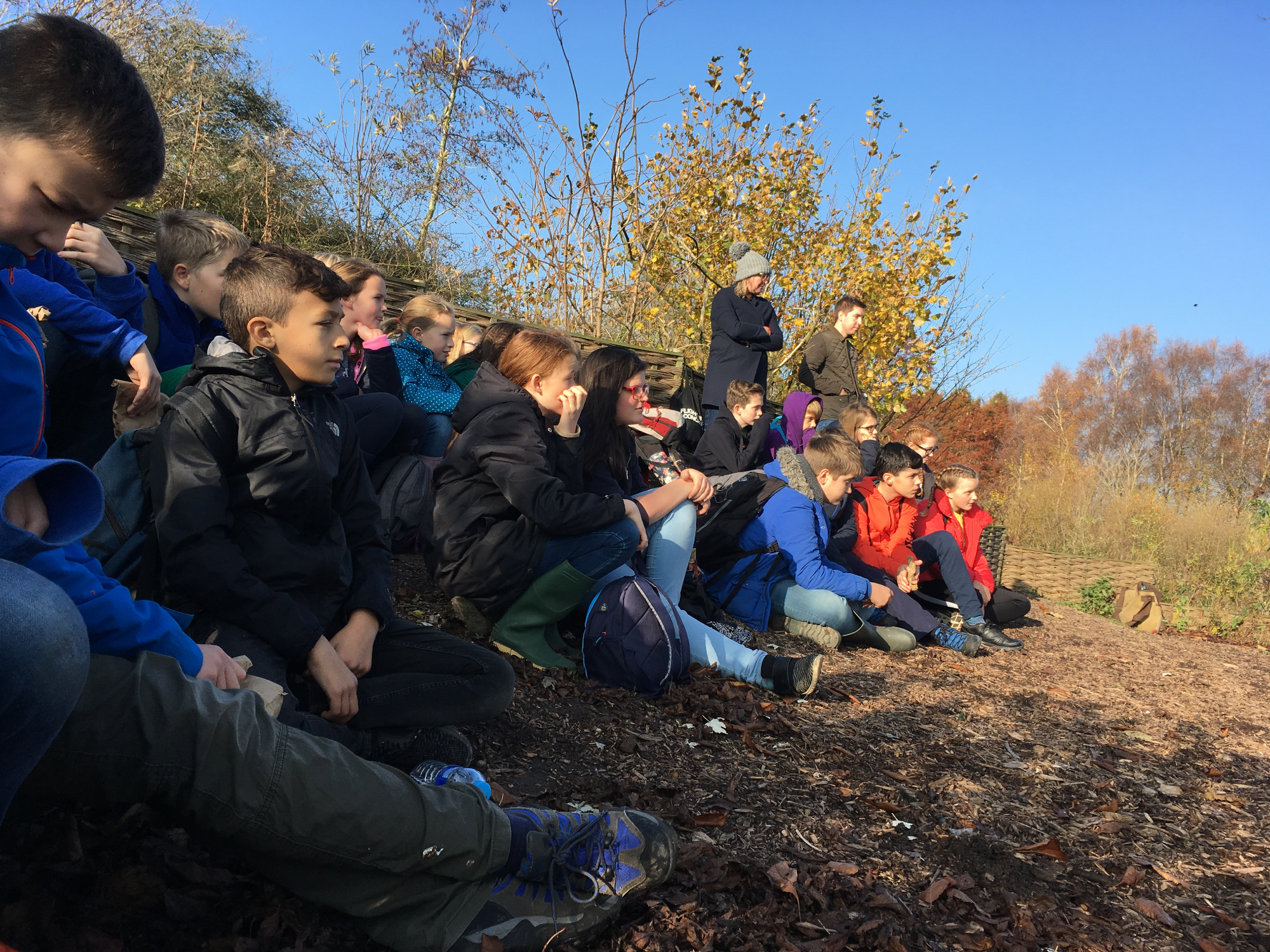 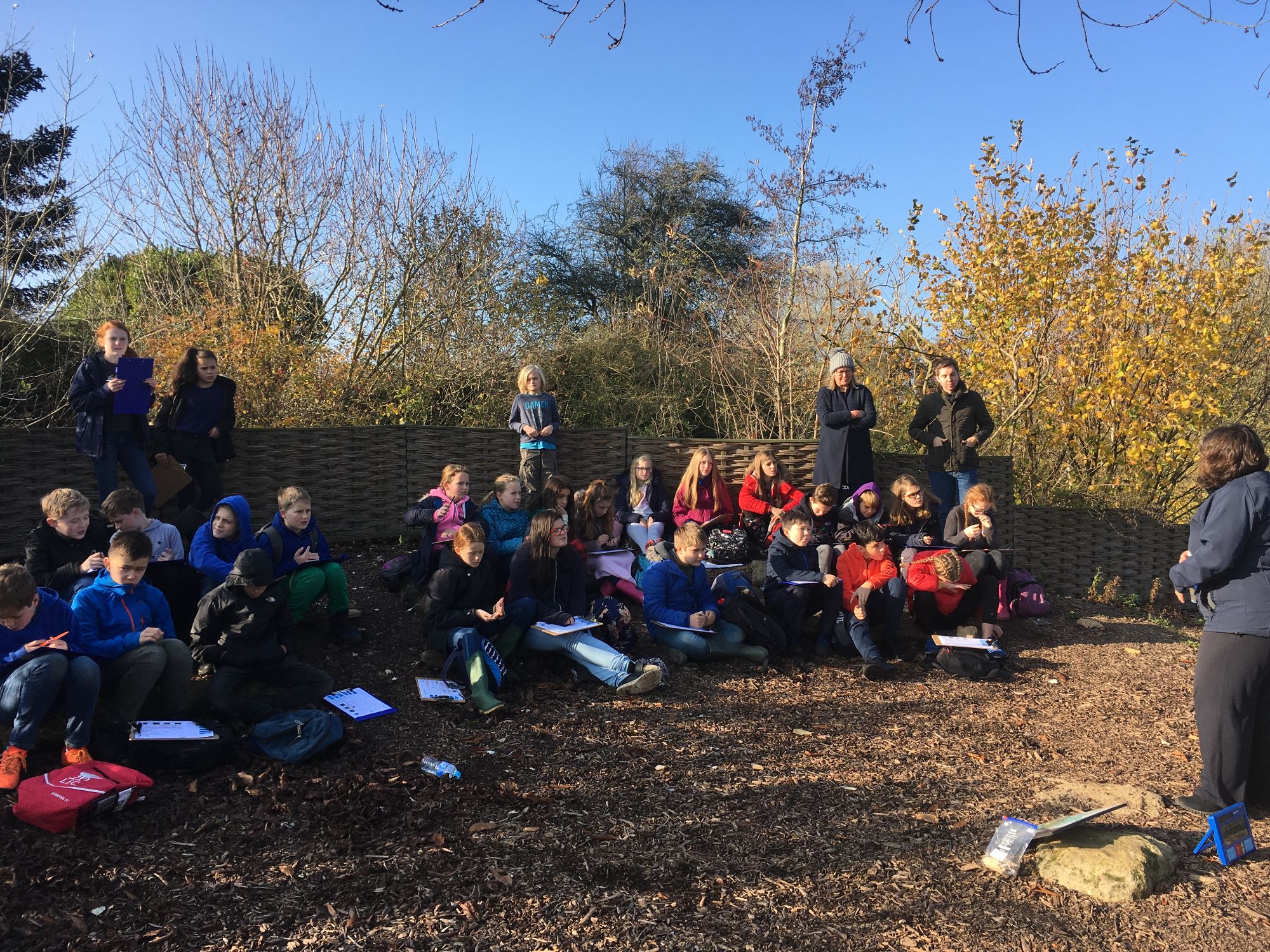 Having eaten their homemade packed lunches overlooking the pink flamingos, we returned to the lodge for hot chocolate and to tackle our main challenge of the weekend. All pupils impressed with their commitment and engagement in some difficult issues as they embarked on taking on the roles of different countries as part of the inaugural Year 7 Model United Nations on the environment. Pupils remained focused and committed to researching, presenting and ultimately debating well into Saturday evening and tried to come up with a solution to the plastic crisis facing the world’s oceans. 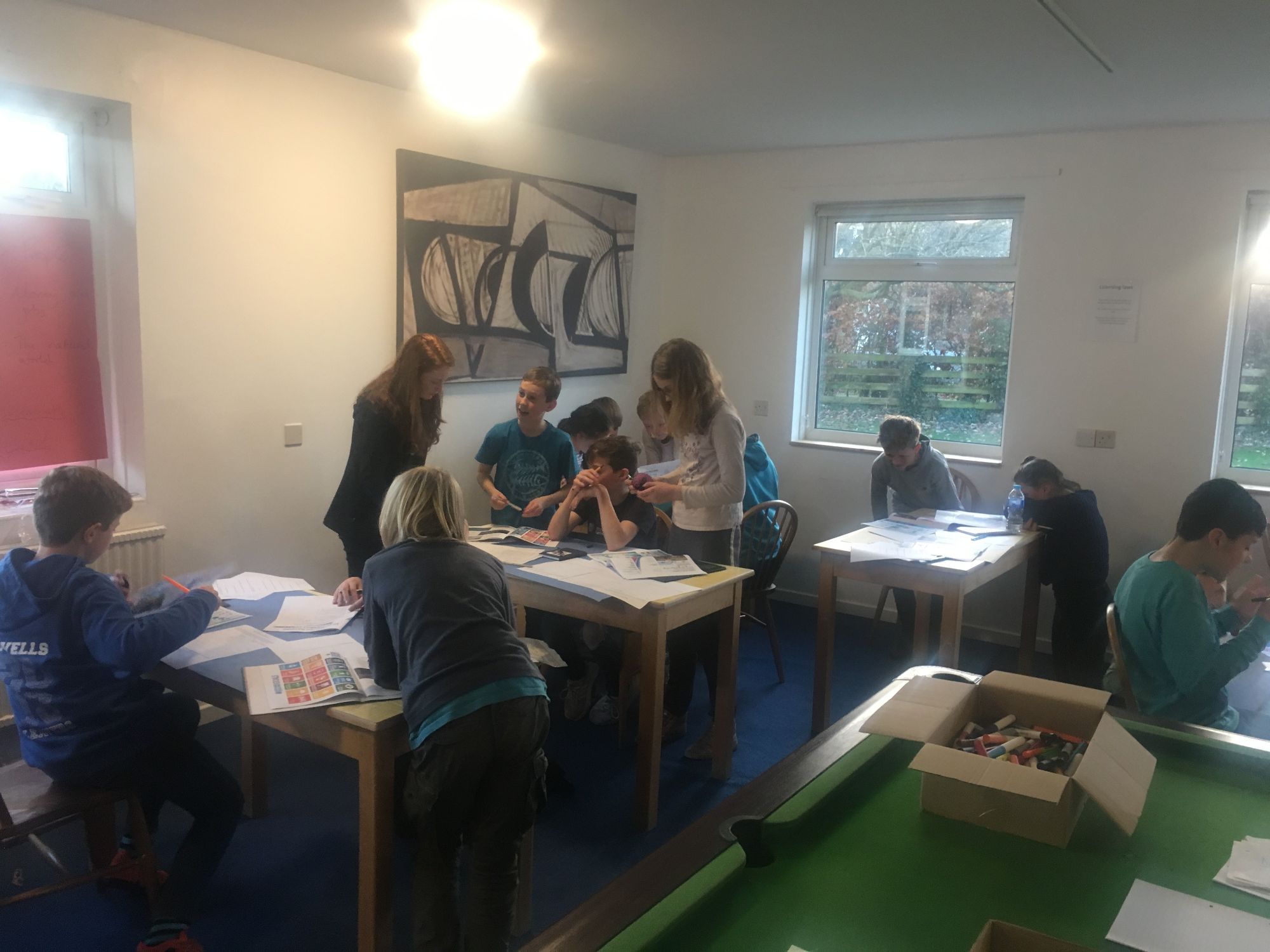 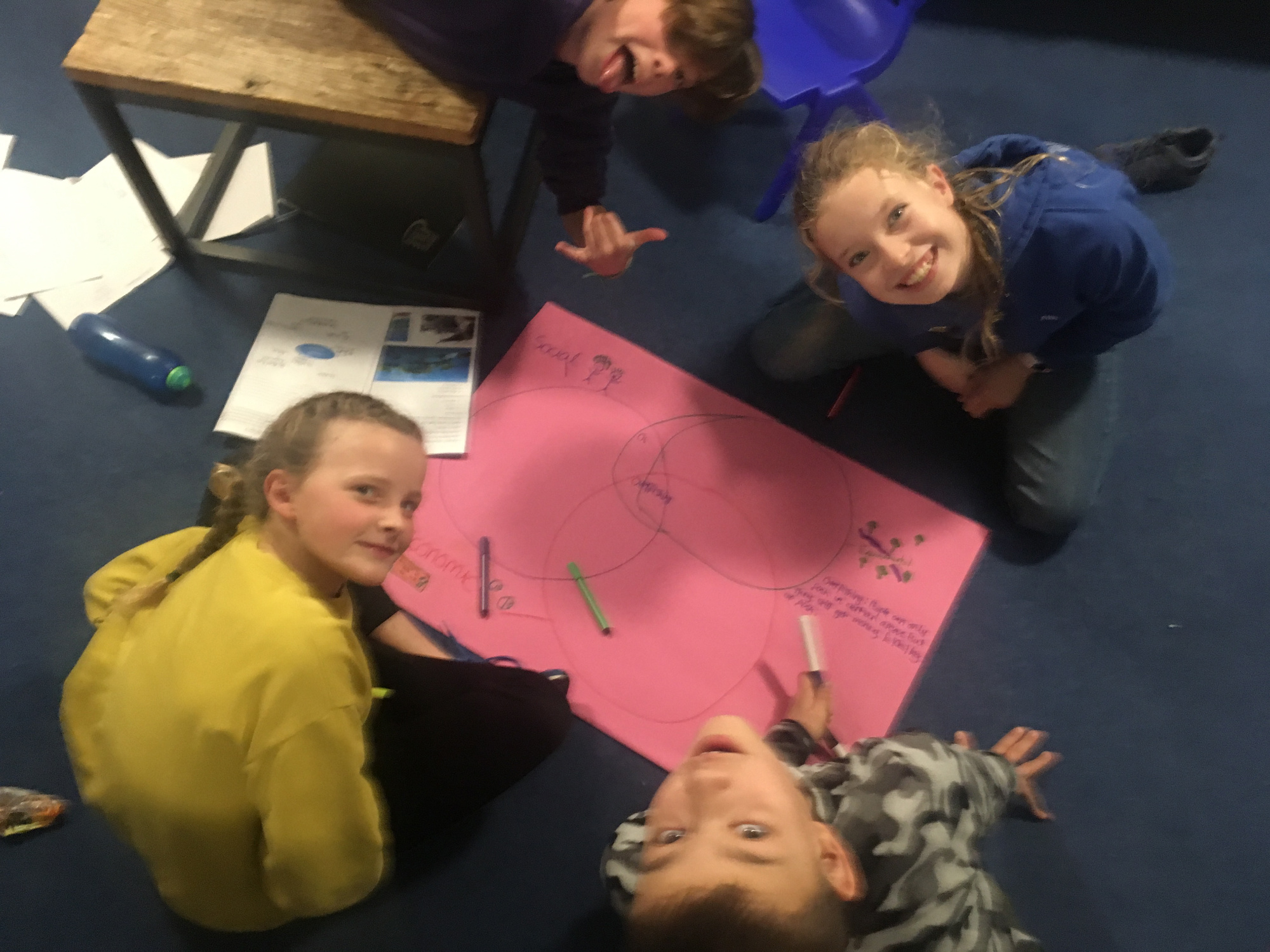 Sunday morning and the dawn came up like thunder. Everyone was ready for their final challenge. Mrs Davies, Head of English, made a guest appearance to help run the missing person Murder Mystery Creative Writing Competition.

Mr Ferne, Subject Co-ordinator for History, said “It was great to see the way the pupils responded to the challenge we set them. The Saturday evening debates were a real treat and the creativity they displayed during the murder mystery entertained us all on Sunday morning. It has been a real delight to work with the pupils over this intensive two days.” Overall, it was a truly wonderful weekend. One pupil commented “This has been an amazing weekend. A great experience for my first ever residential.”

Rose (Year 7): On Saturday night our challenge was to debate solutions to the plastic pollution problem facing the oceans. Mr Johnson read us a message in a bottle from an Islander who was suffering from this pollution. It was very upsetting to learn how much plastic was in the oceans.

We had loads of information to sort and had to try and create arguments for and against different actions. Our country was Fiji and we came up with 2 different ideas to solve the problem. Miss Lillington and Mr Ferne helped us to investigate the key figures and fact and we had to use our maths and literacy skills to create an argument. Mr Johnson was the Chair of the debate and we had to present out ideas and take questions from the floor.

We were all very tired by the end but it was fun listening to the honks of the geese in the night and other people laughing. We were very good though and slept well. I made some new friends too!

Polly (Year 7): "After an early start on Saturday, we made our lunches, had breakfast and walked to Slimbridge. We were able to investigate the centre and feed the ducks before having a session on the water cycle and the impact of pollution. My personal favourite part of the day was holding the salamander while we were in the amphibian house.

Before our yummy dinner we took on the roles of different countries and acted like we were in the united nations. We were Micronesia.

On Sunday, Mrs Davies came for the day and we did a really good and challenging murder mystery… it was REALLY fun.

I really enjoyed this trip… I would love to do it again!”