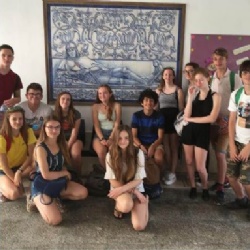 On Wednesday 26 September 2018, 13 very excited pupils in Years 9, 10 and 11, along with two members of staff, met outside school mid-morning for the journey to East Midlands Airport. We flew to Málaga, where we were greeted by a cheerful Spanish bus driver who drove us the 3 hour journey to our final destination: Cádiz. Luckily, the journey flew by as the teachers were entertained by some very enthusiastic karaoke, even with a few Spanish songs! We finally arrived at midnight, when the Deer Park pupils were reunited with their Spanish friends and taken home to settle in.

The Deer Park pupils had already met their partners during the initial leg of the exchange in June, when the Spanish students came to Cirencester. This was a chance to get to know each other, and the friendships were continued via social media over the summer and the start of the school term. This experience calmed our pupils’ nerves, and they were excited to be immersed in another language and culture.

Pupils came in to school - Colegio Argantonio - bright and early on Thursday morning with their Spanish partners, ready for lessons. Our pupils attended 3 lessons, 8-11am, then spent half an hour break time with their Spanish partners, enjoying their bocadillos. They were excited to tell us about the differences they had noticed between lessons in Spain and in Britain, and some new words they had learnt. The most surprising for the pupils was that teachers are known by their first names in Spain!

After break, the Deer Park pupils took part in a Gymkhana in the walled, old part of Cádiz. They were accompanied by 3 Spanish Sixth Form pupils and undertook various activities including asking a taxi driver the price to the airport and buying fruit from the market - all in Spanish of course! This was also an opportunity for the pupils to see the architectural splendour of one of the oldest cities in Western Europe, before walking home for lunch. After the siesta we met up for churros con chocolate and explored some of Cádiz’s unique shops and visited an underground archaeology museum. The evening was then, like most, spent with families and friends. 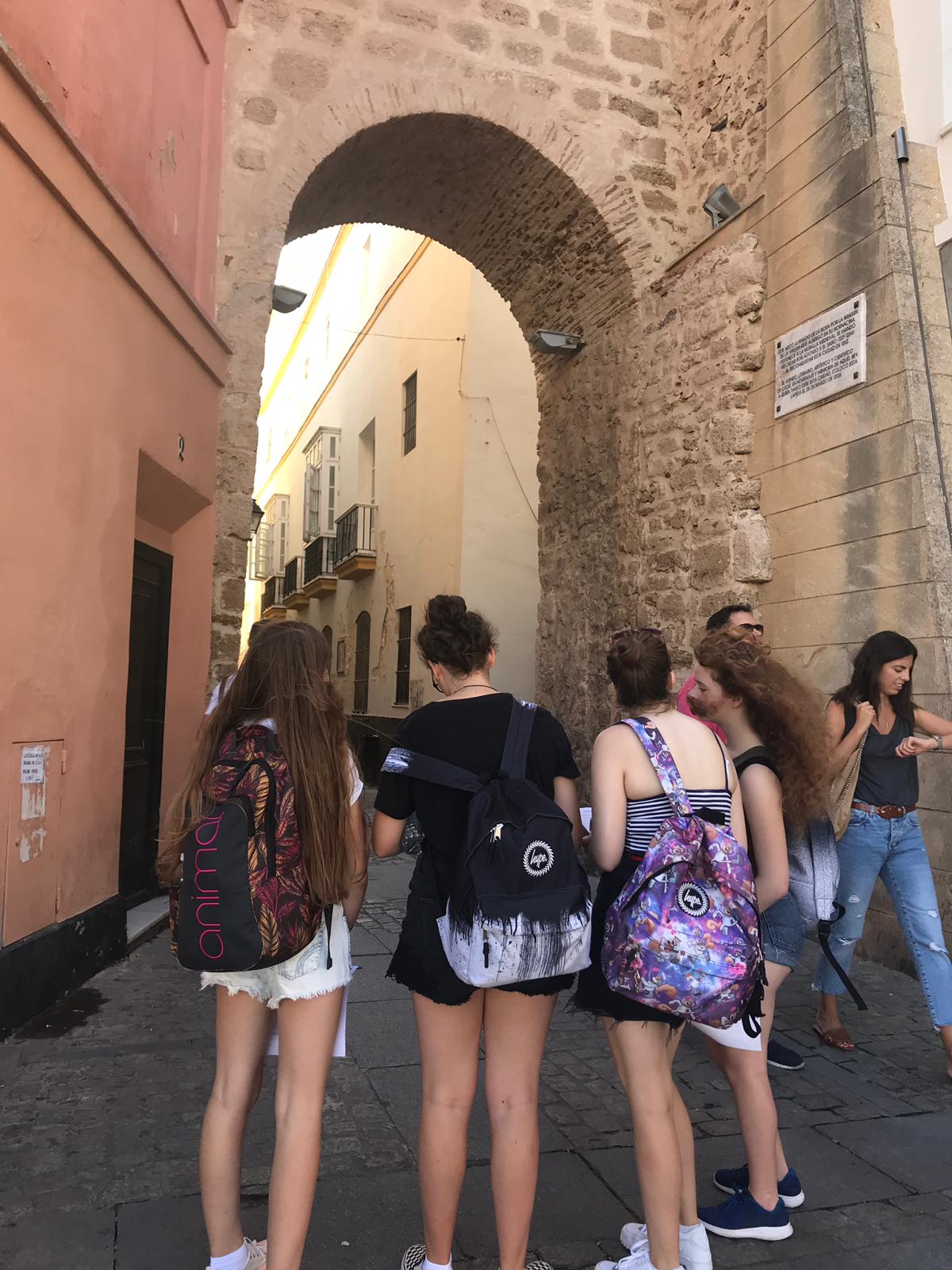 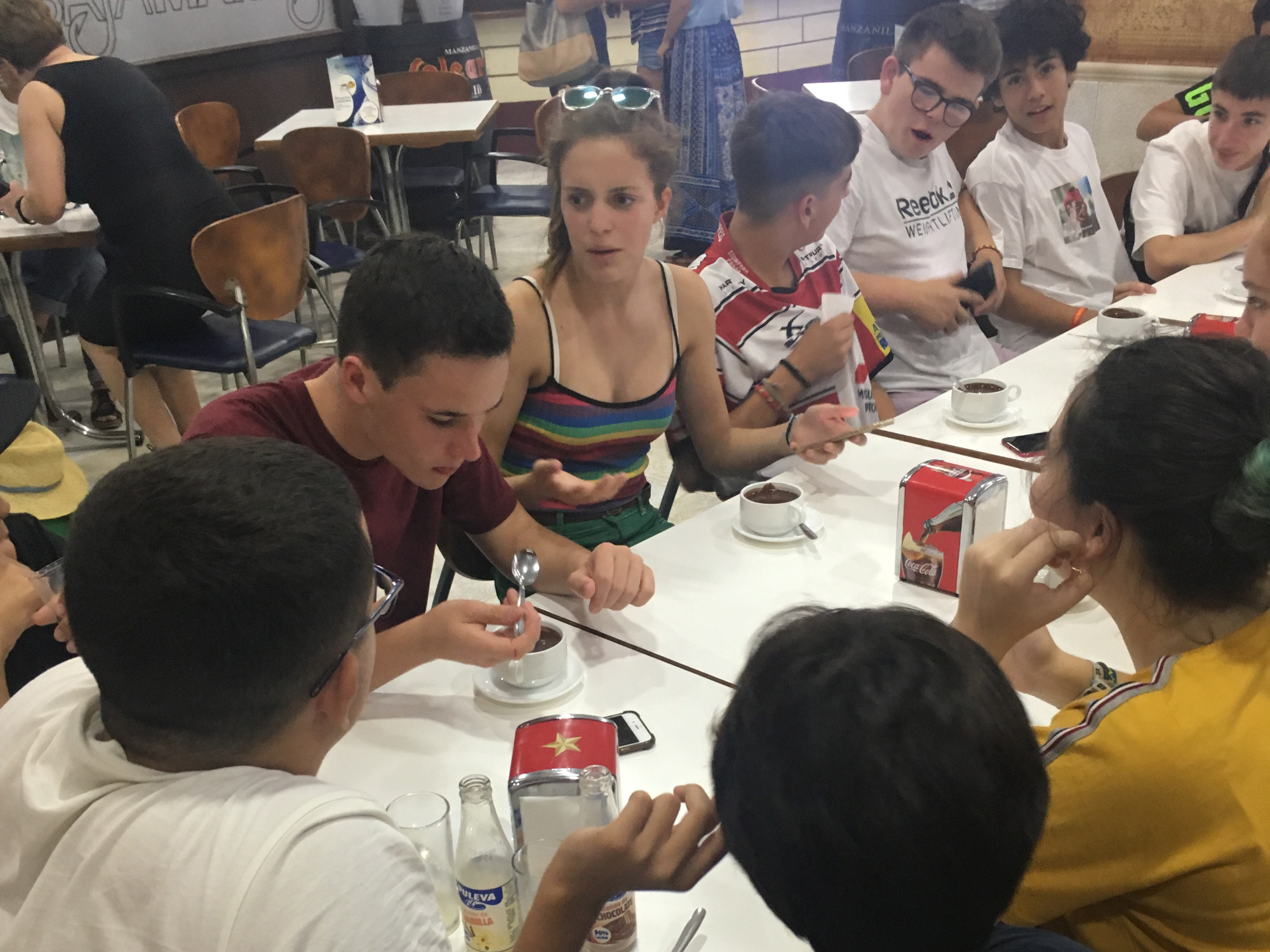 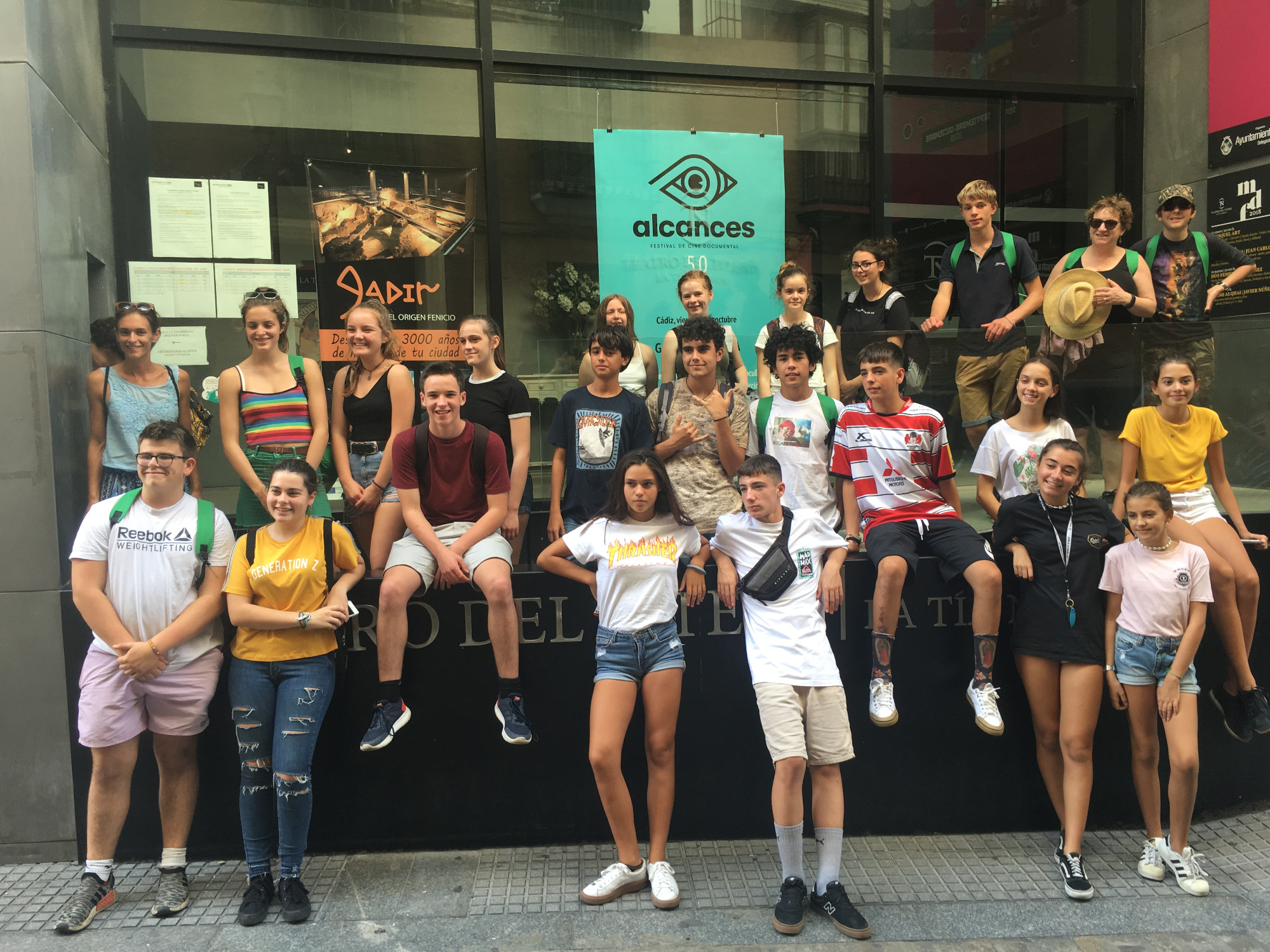 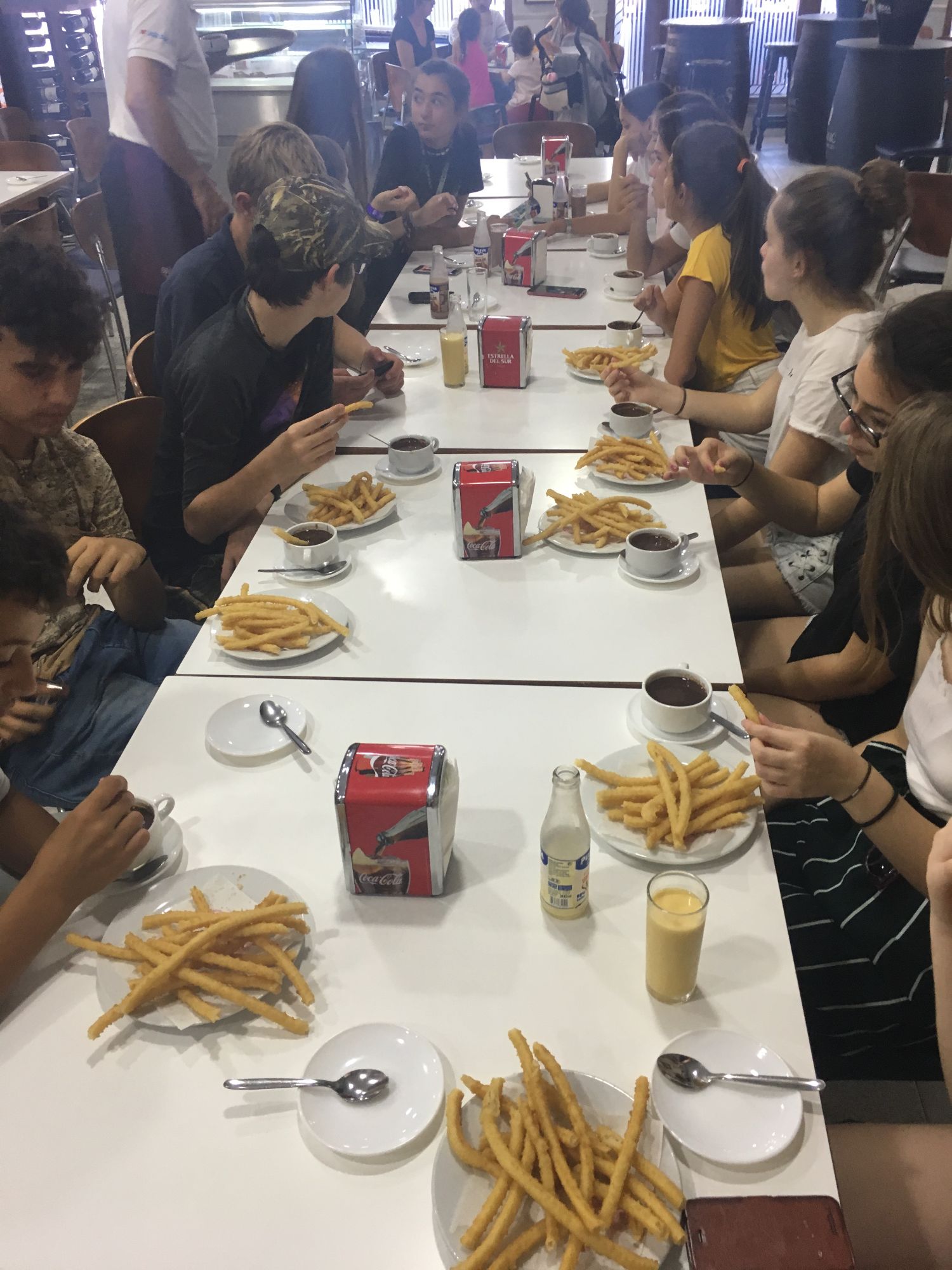 We were in school for Friday morning and then after break time, the whole exchange group walked down to Playa de la Caleta (Caleta Beach). Once settled in a shady spot, pupils spent some free time bonding with their partners and practising their Spanish! To celebrate one of the Spanish pupils’ birthdays, we were treated to Tortilla de patatas, pollo frito and Pizza ordered to the beach. We then sang Happy Birthday in both Spanish and English! After lunch, it was time for some Sea Kayaking. After topping up our sun cream, pupils were given their life jackets and the instructor Carli explained the basics. In groups of 3 to a kayak, we headed down to the water and paddled all the way around the impressive city walls and were encouraged to slide into the water for a swim. It was a fabulous experience topped off with a relaxing time watching the sun go down over the bobbing fishing boats and the castle in silhouette. 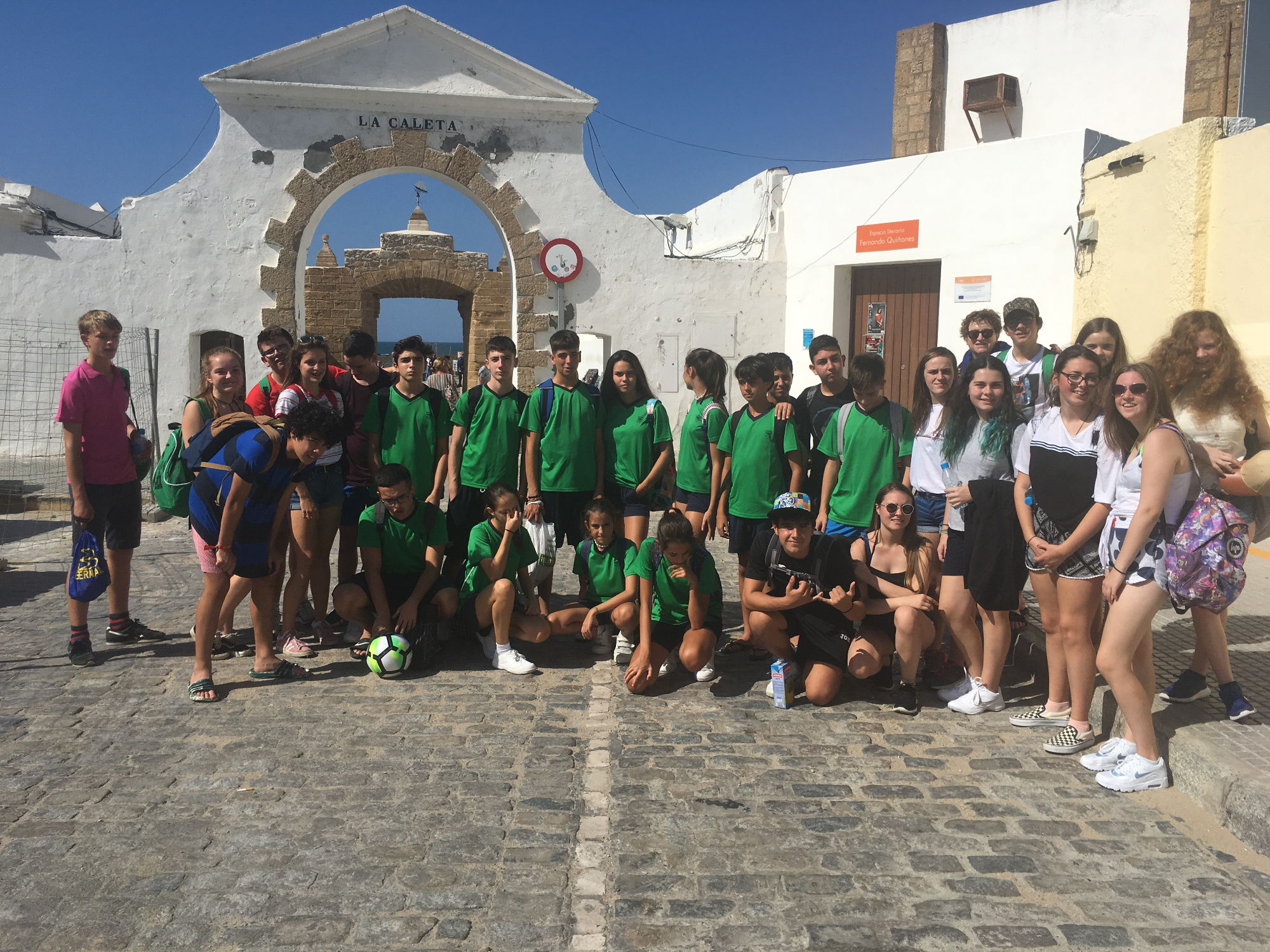 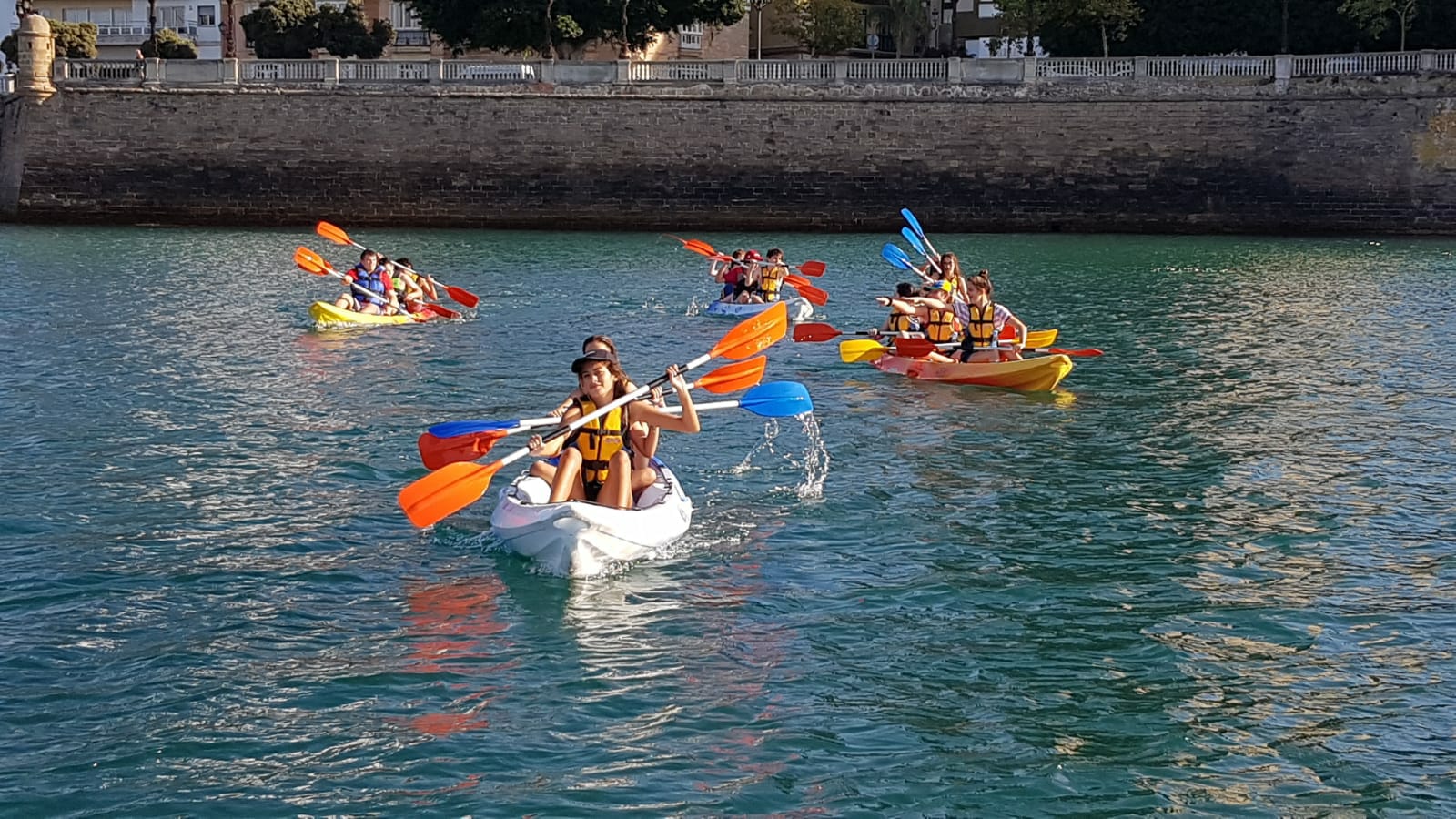 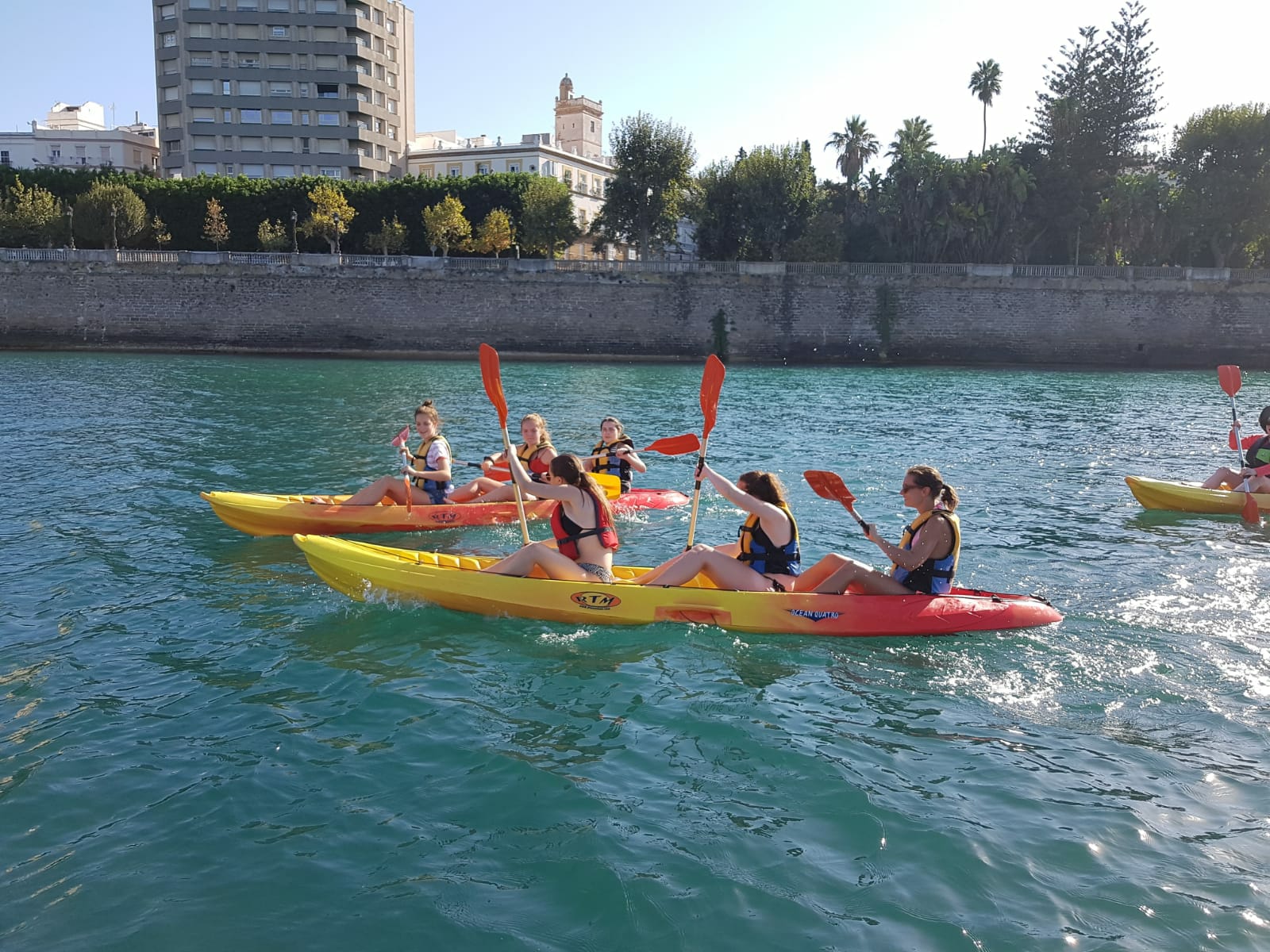 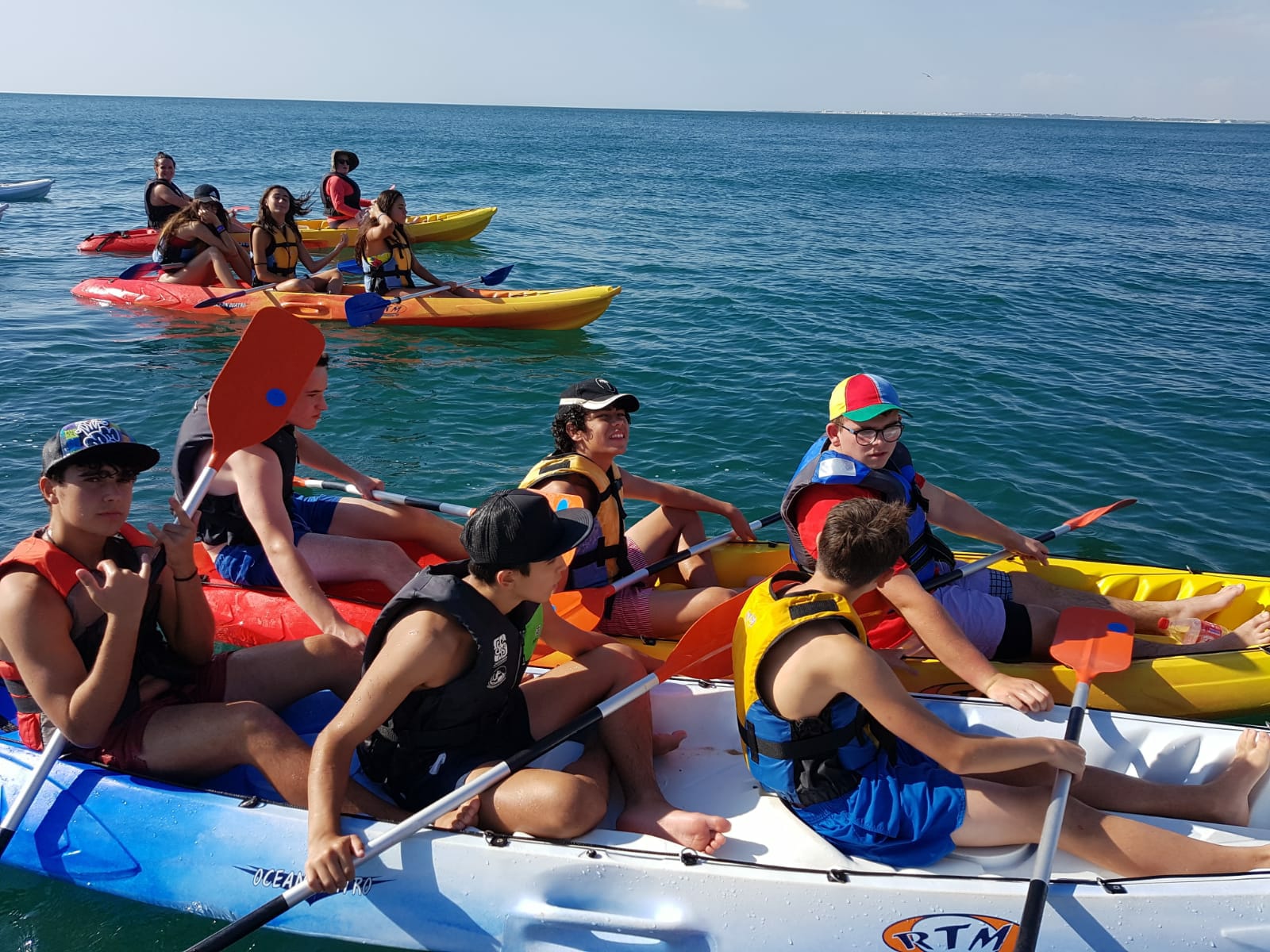 Various activities were laid on by our very generous Spanish hosts over the weekend and even a little rain couldn’t dampen our spirits! Many of the Deer Park pupils spent Saturday at the beach with their Spanish families and on Sunday went to Entre Ramas Aventura, Cádiz’s answer to Go Ape! 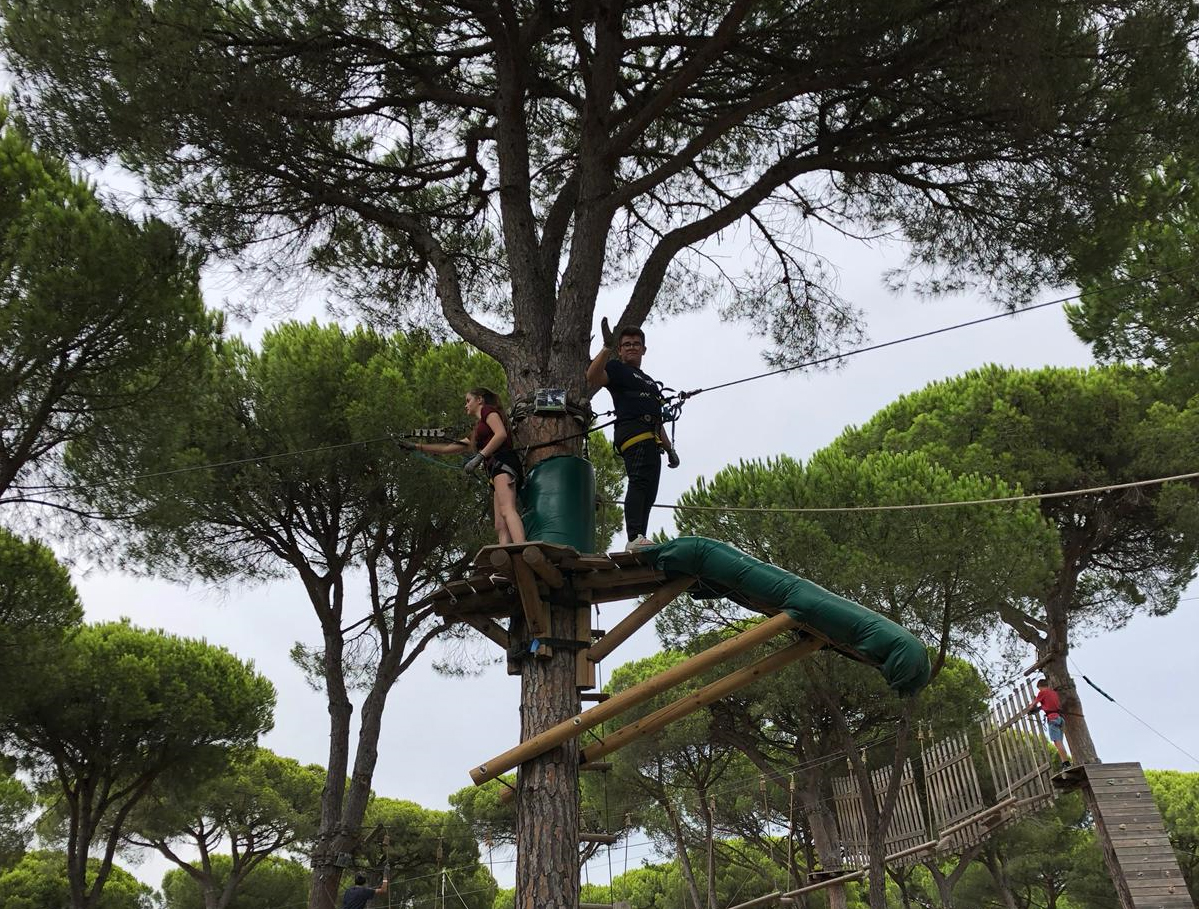 Monday, at early sun up,  was spent on the beach where Miss Hughes and Mrs Pryor tested the Cirencester pupils on their Spanish knowledge. A quick walk back to Colegio Argantonio and it was time for a Flamenco lesson preceded by a beautiful show put on by the young dancers and led by Margarita, the very talented teacher. Deer Park pupils received diplomas for their skills at Flamenco dances such as the Sevillana. Before we could all enjoy yet another Birthday celebration and sunset on the beach, the British exchange pupils had another opportunity to accompany the teachers into the old city and try and keep cool in the narrow streets where ice creams, frozen yoghurts, cakes, fizzy drinks and all that is sweet were ingested! 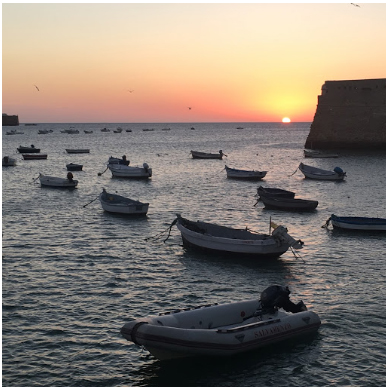 The following day, Tuesday, was spent in Jerez, where we tried hard to not panic about our airline going bust! It was a boiling hot day and, as part of a group of 47 pupils, we went to Sandeman Sherry Cellars to understand the history of Sherry and Port, followed by watching the most magnificent horsemanship and outstanding examples of Andalucian horses performing incredible feats of strength and performance at the Royal Andalusian School of Equestrian Art. Afterwards we were treated to a tour of  El Alcazar with its Moorish architecture, ostentatious rooms and serene walled gardens. Free time was used by doing a bit of shopping and finding somewhere cool to eat lunch. The return by coach to Cádiz, as the sun went down and the flamingos stood silently in the salt pools, was followed by family time and a chance to pack bags without quite the early start we had dreaded before our flight plans were messed up!

What an amazing job the staff back in Cirencester did to sort out our flights, we are eternally grateful for their hard work. Thank you. Pain free travel with Rico Bus, easyJet and Alex Cars meant we were safely delivered back into the arms of our loved ones on the evening of Wednesday 3 October. What an week of experiences and inspiration!

"This time was my second exchange. I enjoyed this visit just as much as the last, being able to enjoy even more of the beautiful Spanish city of Cádiz and all the culture, the beach and the amazing people who live there." Olivia, Year 10

"I really enjoyed the exchange because it gives you the chance to experience a new culture, meet lots of new people and improve your Spanish! My favourite part was socialising with our Spanish Exchange partners on the beach." Anna, Year 10

"It was a great experience because I made new friends, was immersed in Spanish culture and language. I am already looking forward to going again next year!" Monty, Year 10

"This was my third exchange and I enjoy it every time I do it. It really helps me improve my Spanish, especially my listening and speaking skills. It also helps you to perfect your accent. The experience has made me think of working abroad in Spain in the future!" Mia, Year 11