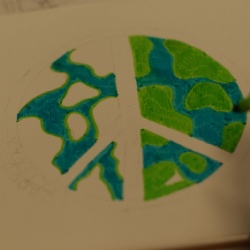 On Friday 21 September 2018, we celebrated World Peace Day, aka the International Day of Peace. This day, observed around the world, was established by the UN to provide a globally shared date for all humanity to commit to Peace above all differences and to contribute to building a Culture of Peace.

In preparation, we discussed the day in Religious Philosophy lessons and one pupil asked if all fighting would cease on that day for twenty four hours... wouldn't that be a good start?

Our Key Stage 3 pupils were off timetable all day and we were joined at Deer Park by Key Stage 2 pupils from Chesterton, Kemble and Siddington primary schools, fellow members of the Corinium Education Trust. The day for both Key Stage 2 and 3 began with assemblies led by Owen and Lindsey from CND Peace Education. Their sessions included quizzes and pupils in both age groups were eager to put up their hands in the hope of being chosen to answer a question.

During the third lesson of the day, Key Stage 2, Key Stage 3 and Key Stage 4 pupils from the four schools came together to reflect on world peace, commemorating the life and work of Kofi Annan towards a fairer, more peaceful world before attempting to break a world record. With everyone involved, the act of tying together over 1,500 school uniform jumpers and forming a chain just under a mile long perfectly demonstrated how communities can work cooperatively to achieve great things! Read about our World Peace Day world record attempt...

Our Key Stage 2 visitors participated in activities based around the story of Sadako Sasaki and her thousand paper cranes. It was amazing to see the resilience of the pupils with the origami challenges. Owen and the Chesterton pupils started with swans, whereas Lindsey was very ambitious with Kemble and Siddington, going straight for the paper cranes. Adults in the room were challenged too! Some pupils grasped it straight away. 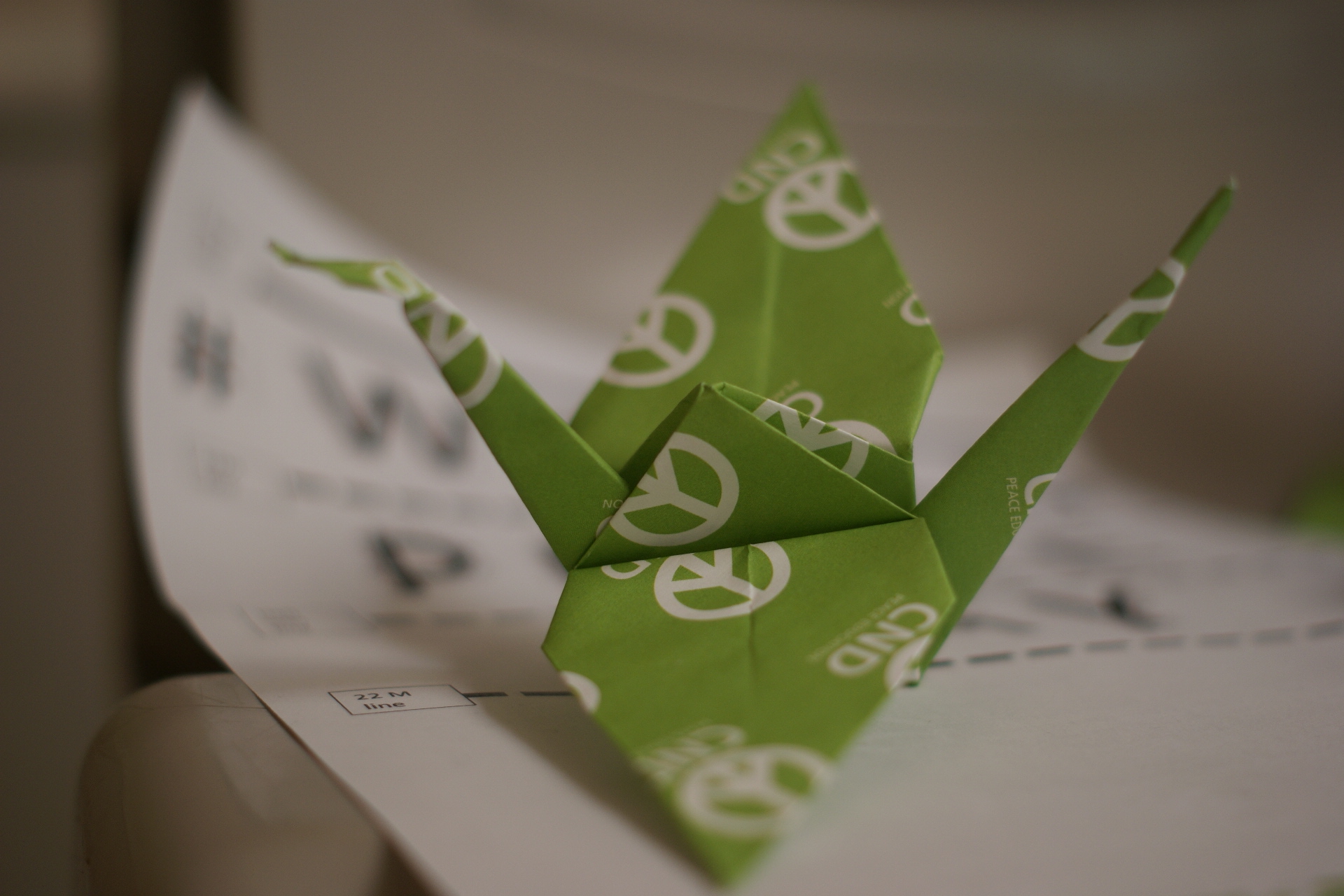 After break our primary schools were on the field tying jumpers, along with all the Deer Park pupils. Some of our visitors came along with bags stuffed full of additional school logo jumpers. Read about our World Peace Day world record attempt...

In the afternoon, the primary school pupils gathered in our large Expressive Arts Drama space for a reading of the book 'Ten Thousand Bowls of Soup' by Ross Frowen. It was read by Claire Steele and she was accompanied by the book's illustrator, Pip Morris. Ross’s son, Henry, lost his smile aged six but found it again 15 years later helping to prepare 10,000 bowls of soup each day for the hungry and displaced who found themselves far from home, washed up on the beaches of Greece. All profits from the book go to Médecins Sans Frontières, also known in English as Doctors Without Borders, an international humanitarian medical NGO. 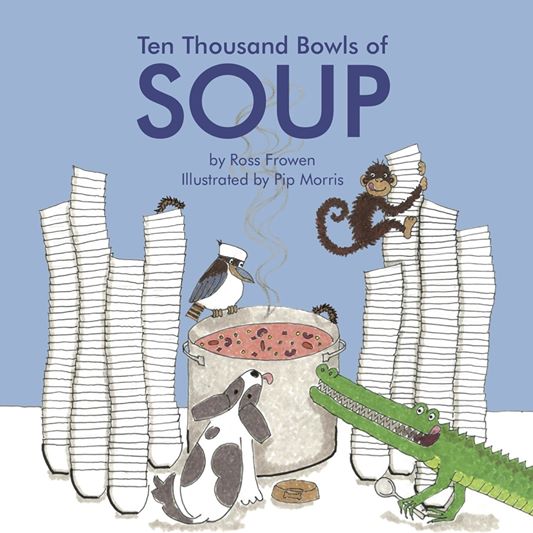 Our Key Stage 3 pupils spent the day in their tutor groups. Year 7 pupils were given the task of researching a famous peace activist and then designing a collage to best represent their activist. There were some fantastic pieces of artwork produced and 7Li stood out with some amazing talent and vision. At the end of the day, each group presented their research to their peers. 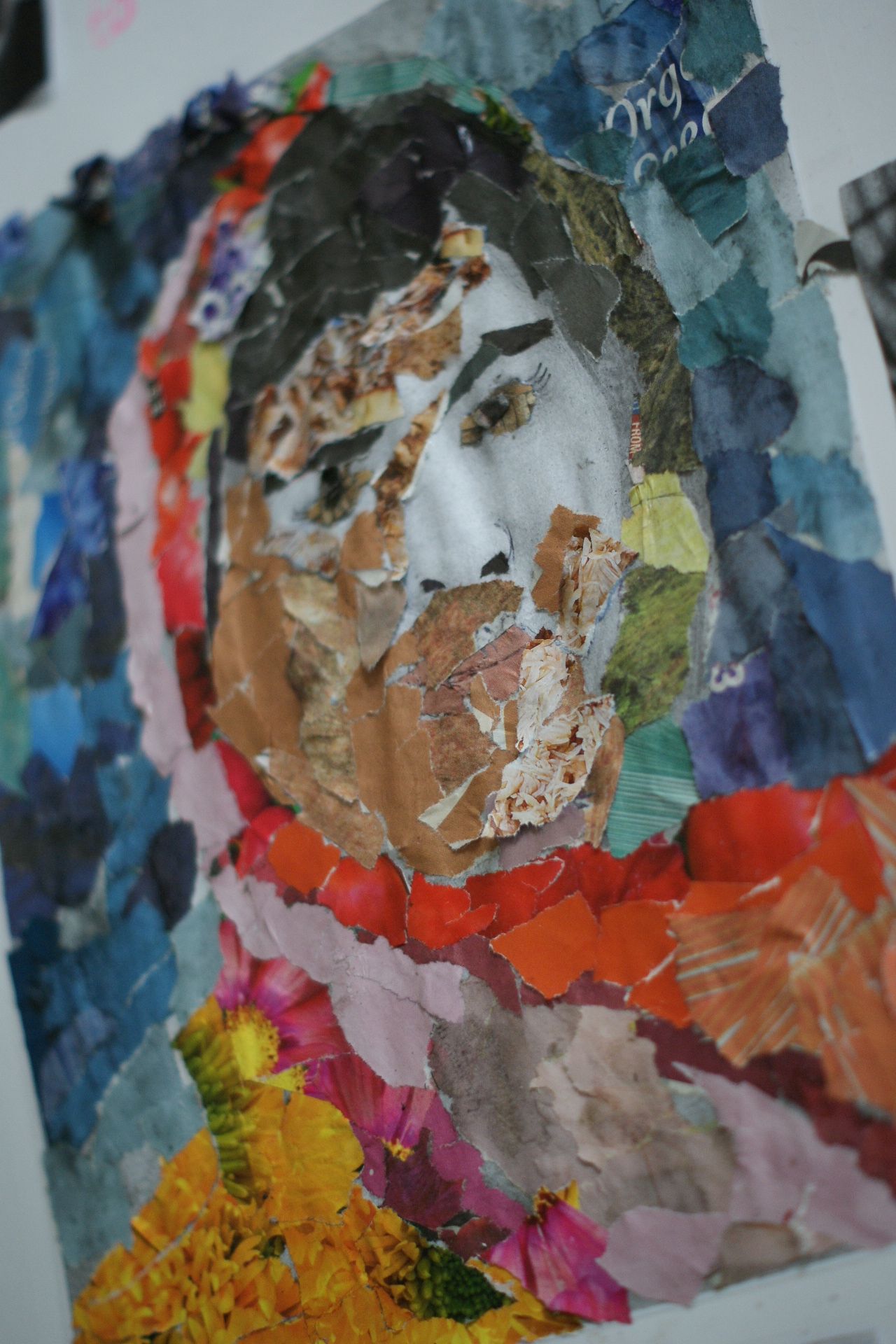 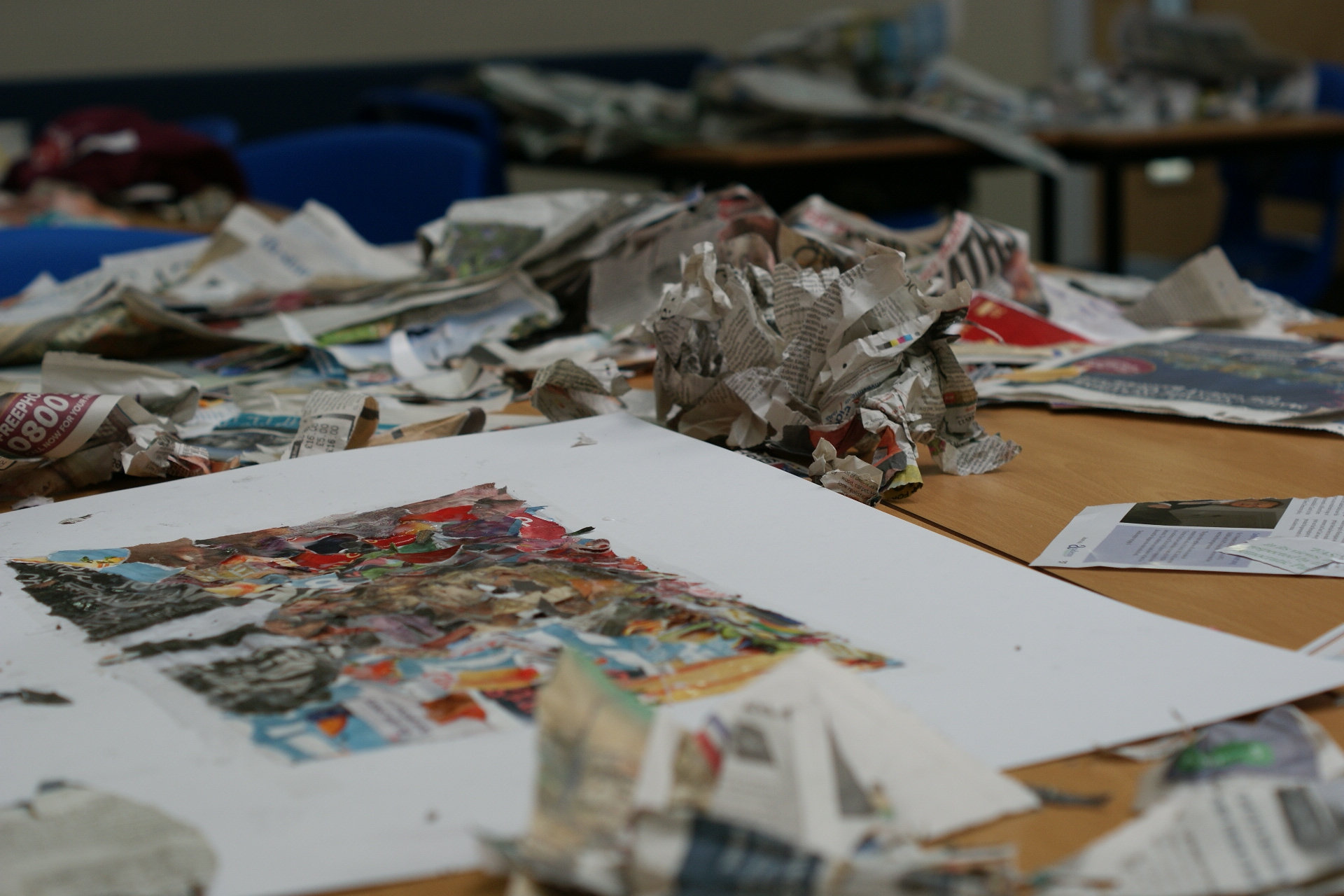 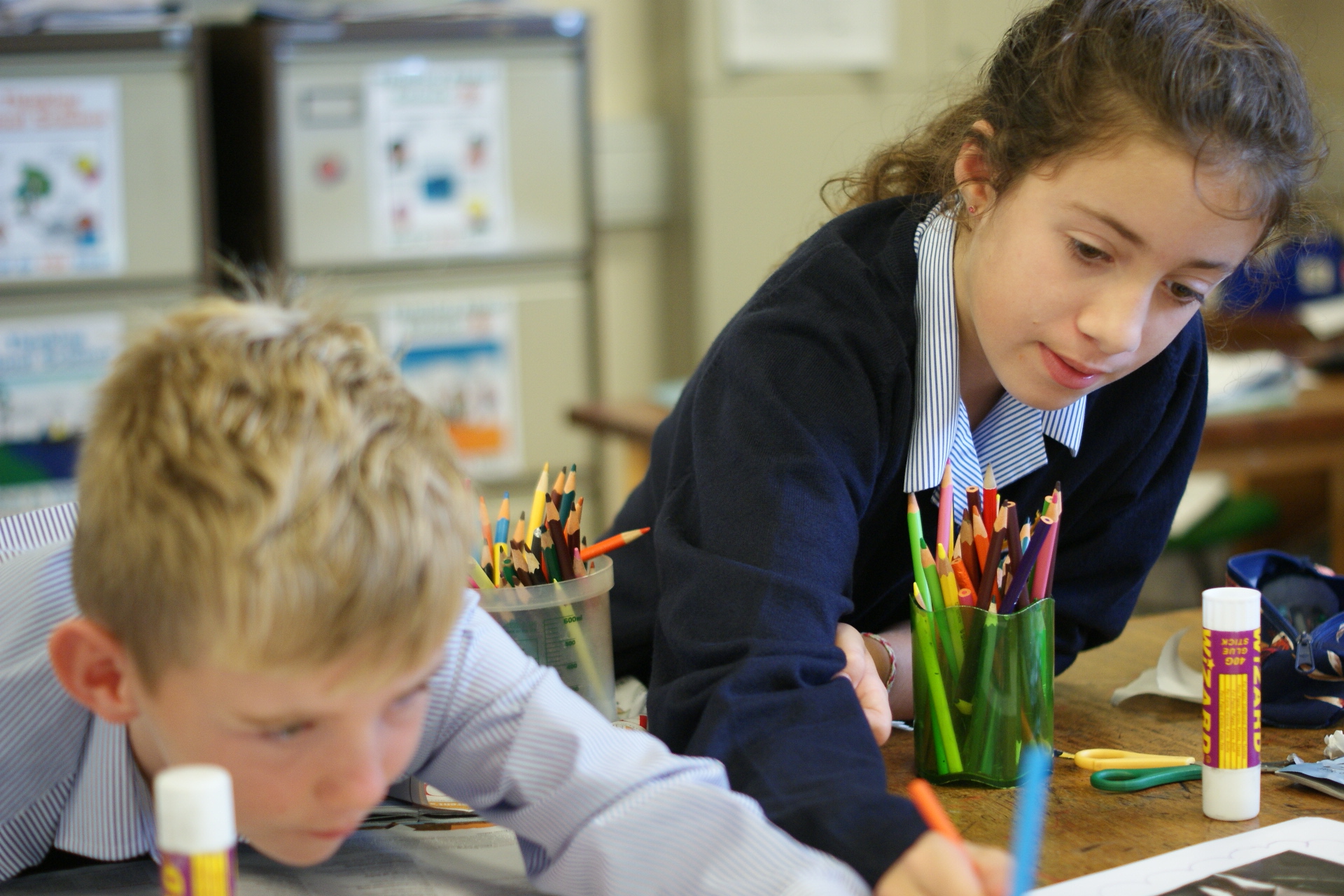 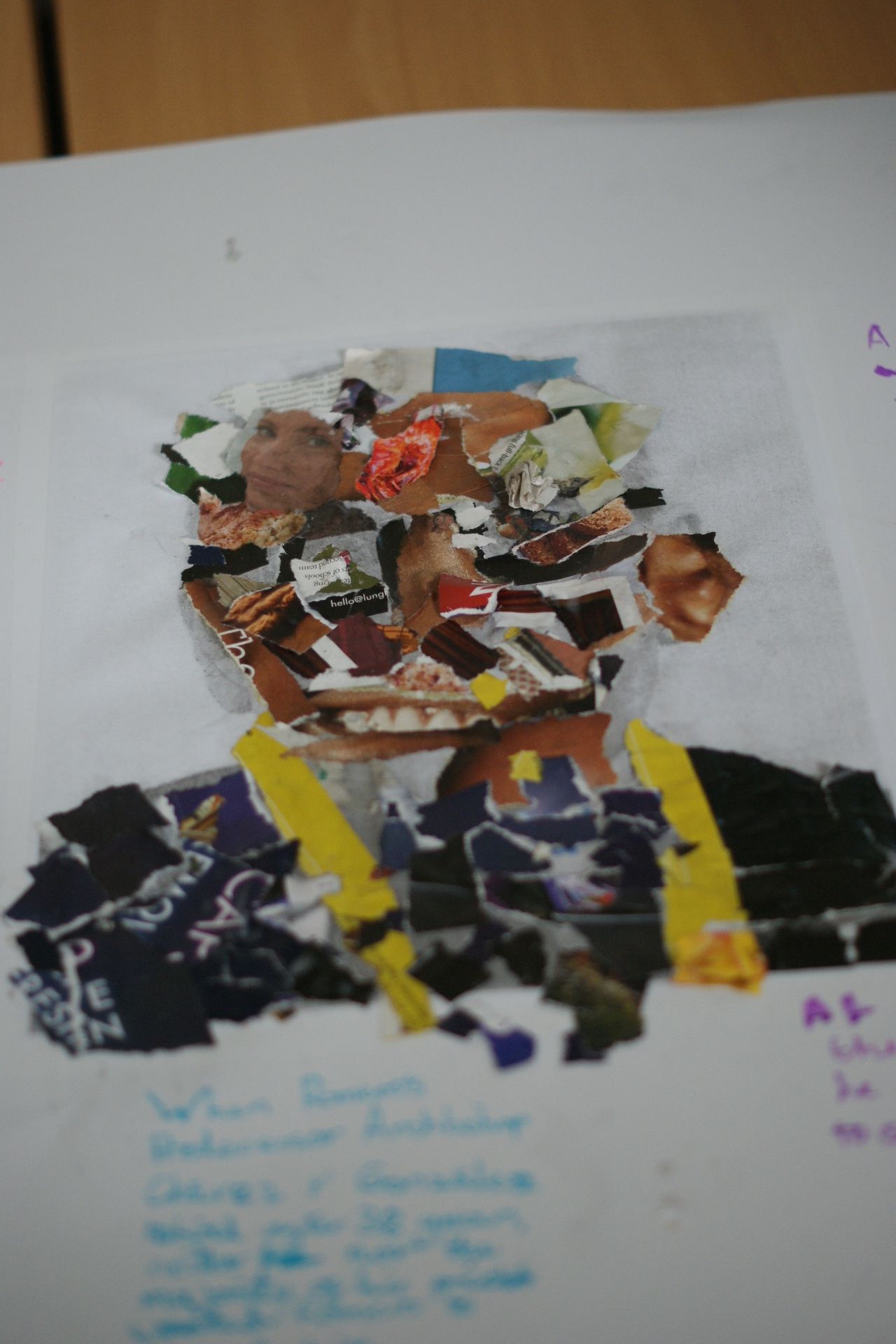 After their first International Peace Day introduction with CND, Year 8s wrote lyrics for a verse of a year group Peace Song, with the backing track produced by Music teacher Miss Faux. In the following sessions, they examined the Language of Peace and used this knowledge to design and create a poignant individual peace tile (kindly sponsored by Wickes, Cirencester). The pupils drafted out their individual design, and then focused on the tile itself. The quality of the tiles produced was phenomenal. 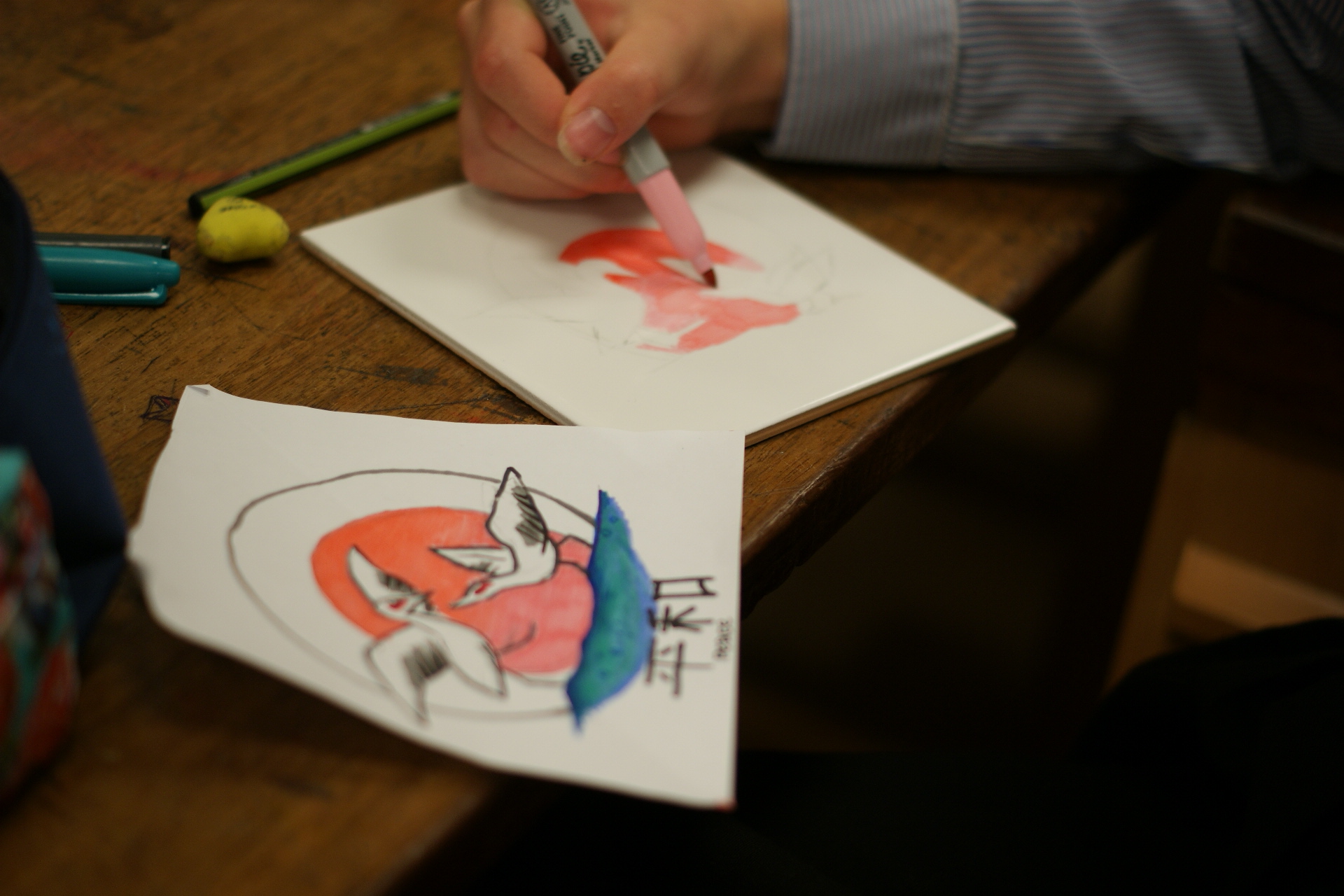 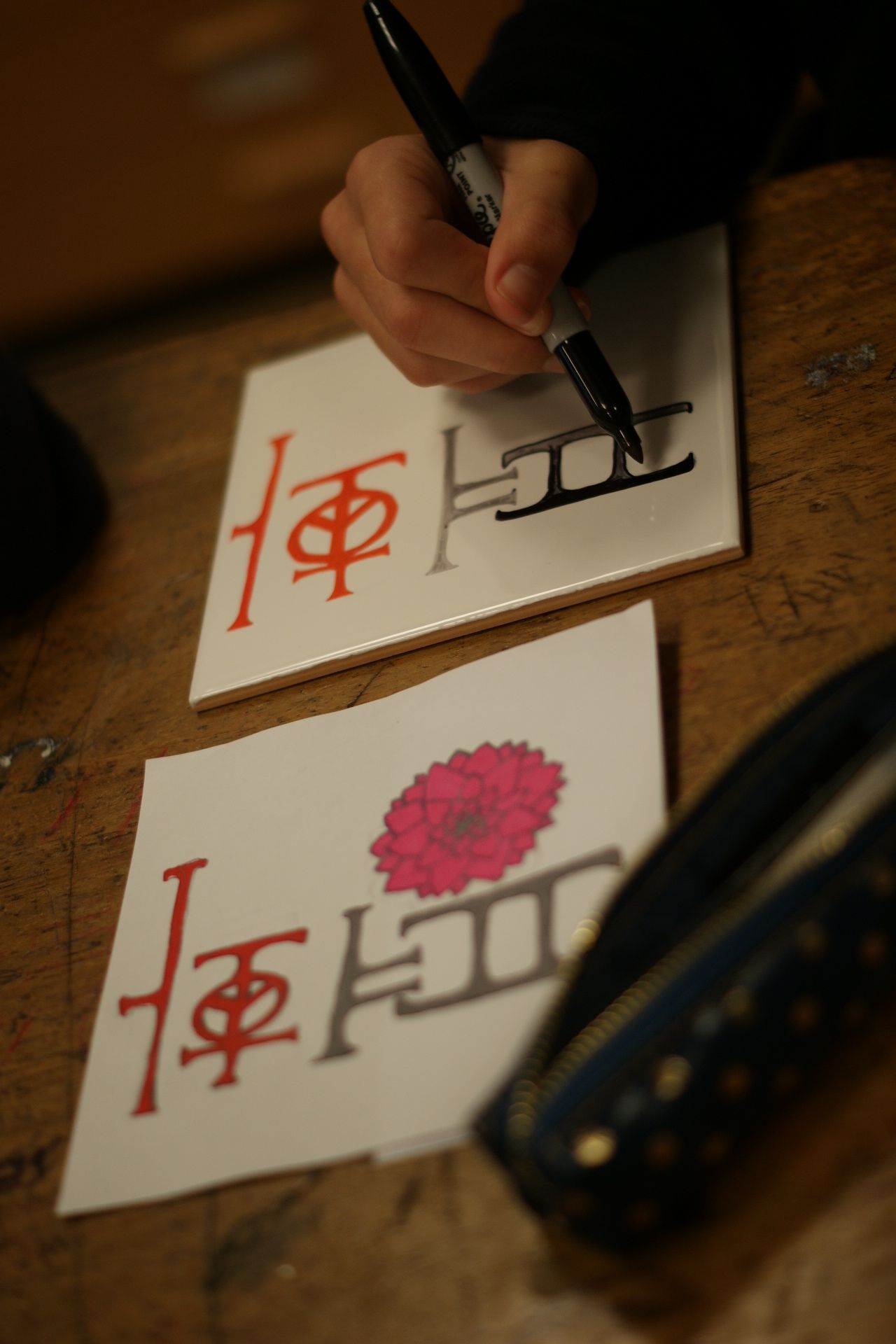 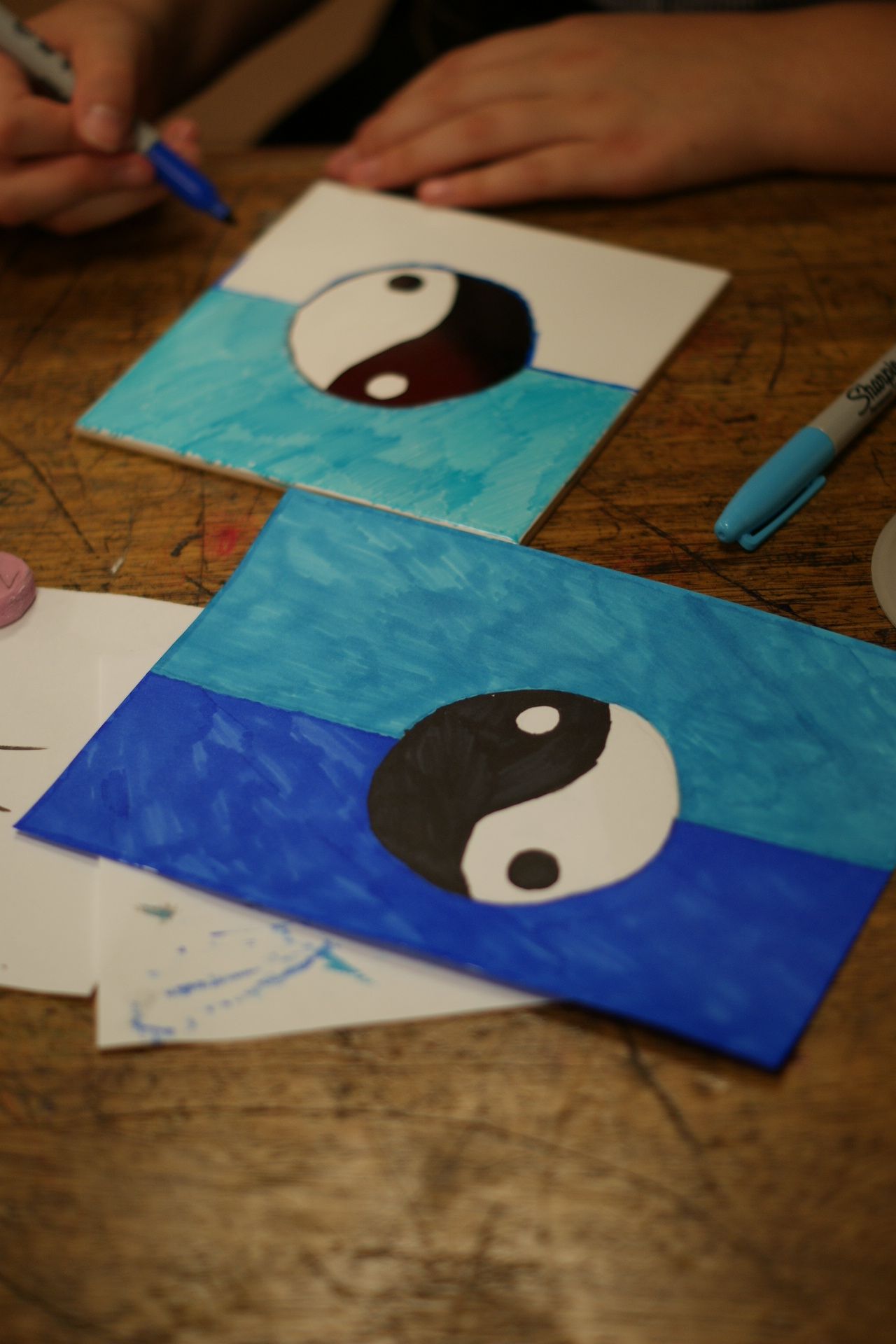 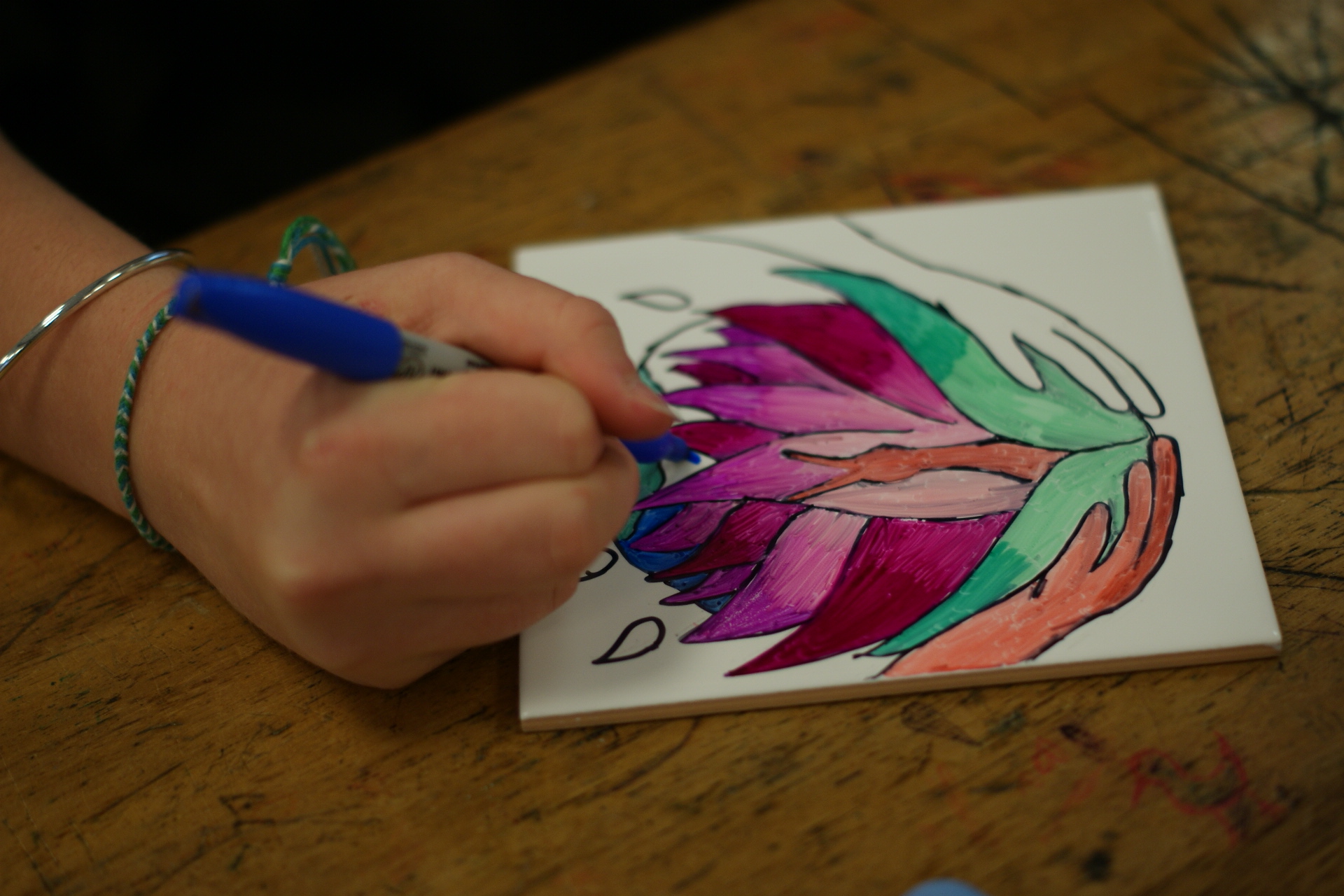 In the final session of the day, our Year 8s came back together to record their special peace song. It is superb and listening to the whole year group belting out the chorus ‘…release the peace’ was an emotional moment. We look forward to sharing it with you soon.

“It was a brilliant day which highlighted the importance of world peace. We were all able to piece our individual tiles together to create a bigger picture as a group.” 8TU pupil

“I enjoyed writing the song as it made me think about what world peace should really look like.” 8TU pupil

Following their CND International Peace Day session, Year 9 participated in a number of workshops delivered by external volunteers, their tutor and former Cirencester Deer Park School pupils. The speakers included Paul Clark from EAPPI (Ecumenical Accompaniment Programme in Palestine and Israel), Mike Davis from the Quakers talked about Conscientious Objectors, Charlotte Bullock, Cecily Pontac and Edie Lewis discussed Feminism and Helena Dovey, supported by Heaven and Anna in Year 10, delivered Laugher Yoga. Pupils found out many interesting facts whilst in other workshops they laughed until their stomachs hurt. In the afternoon all pupils were engaged in persuasive writing based on Pressure Groups. 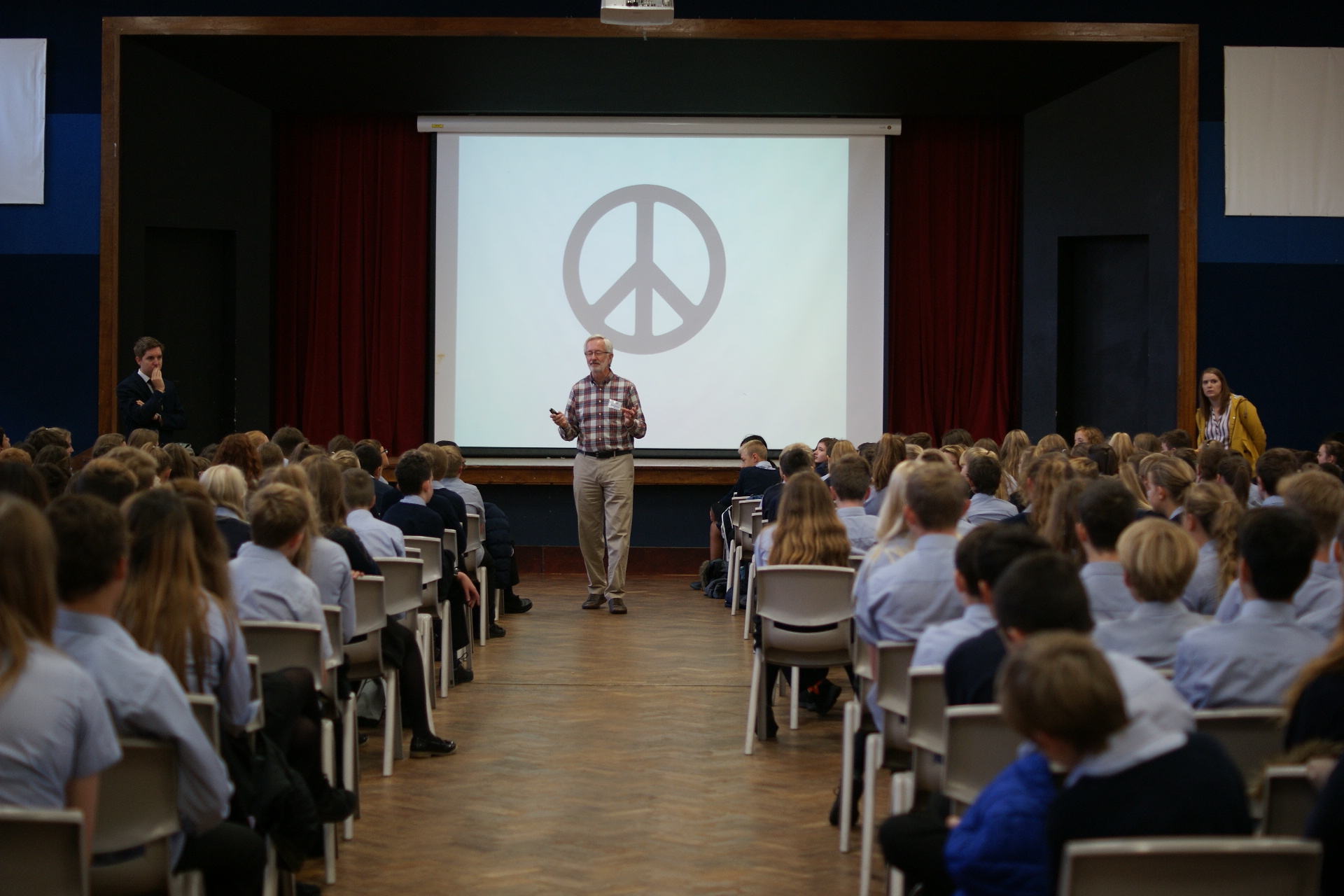 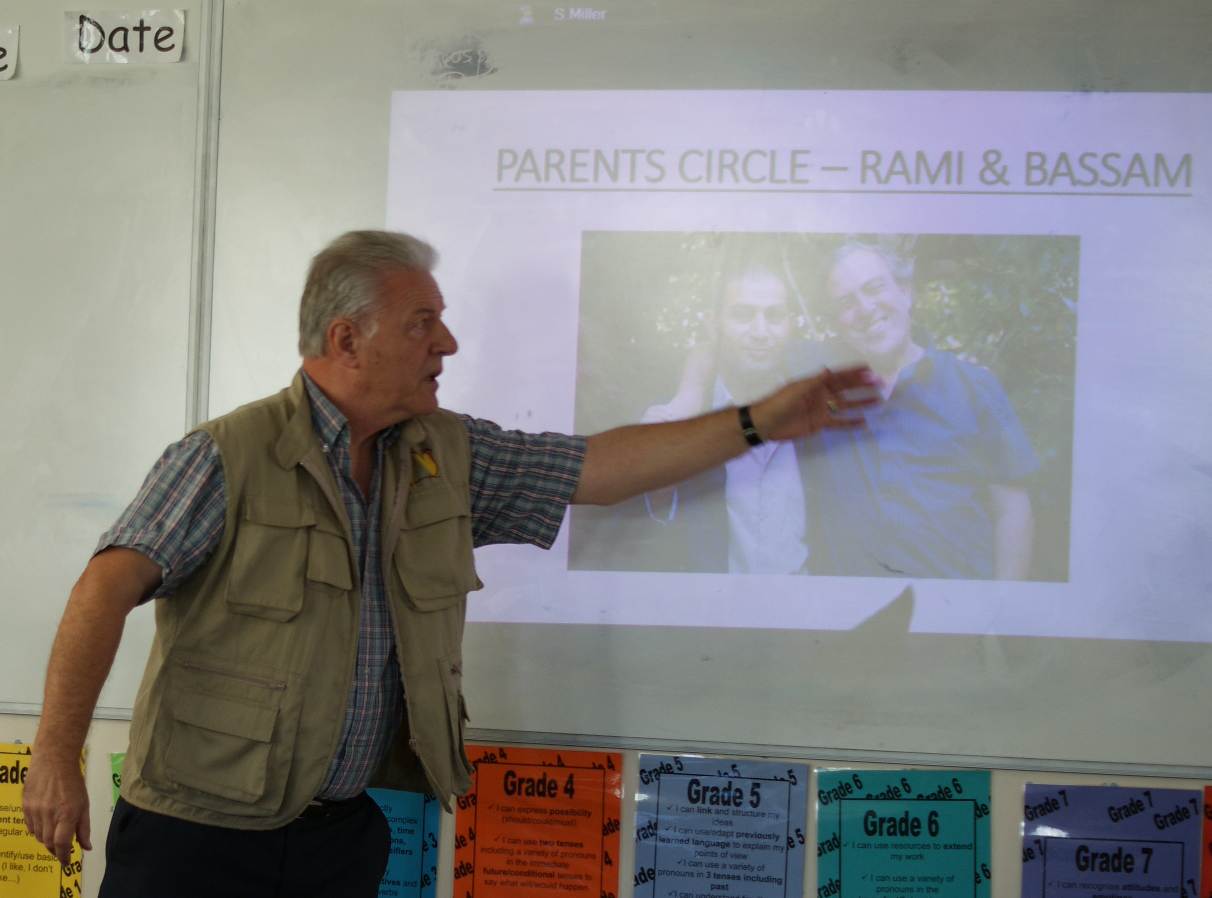 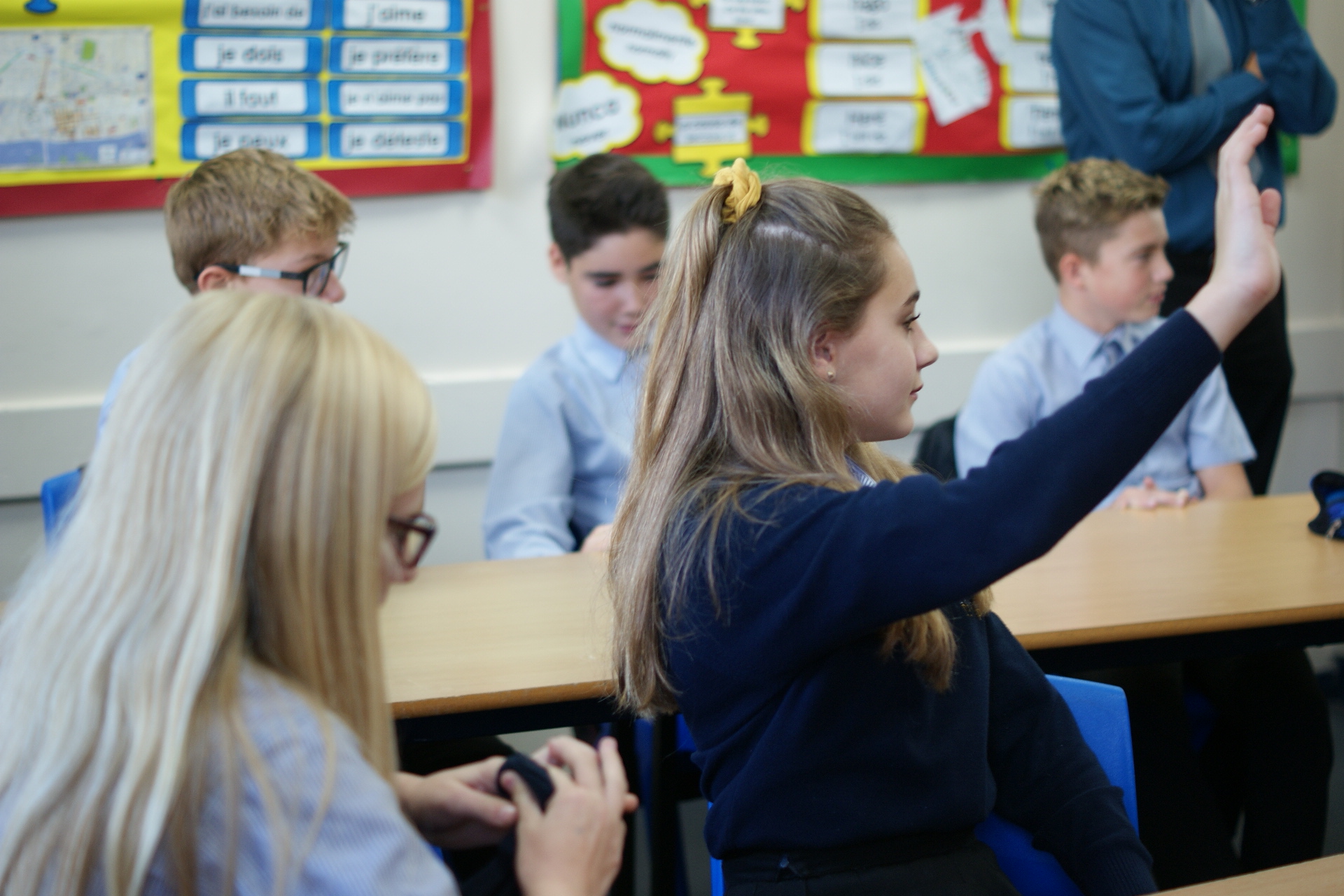 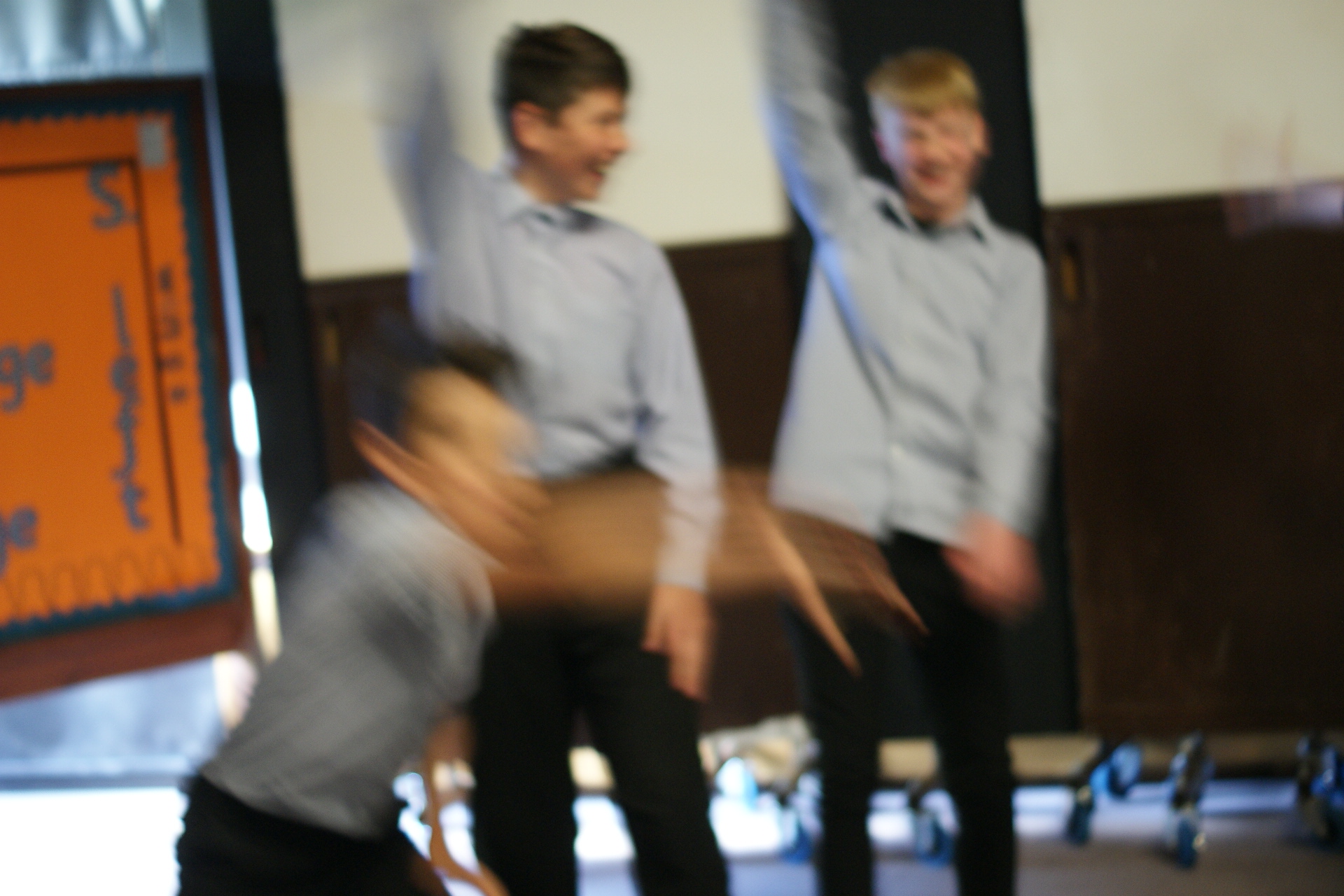 A small group of our Year 9 pupils worked with Marcel de Haas, Head of the Bilingual Department at Alfrink College in the Netherlands. Each year Alfrink hosts MUNA, Model United Nations Alfrink, and Deer Park has for many years sent a team to take part. Marcel commented: "It was wonderful to witness how students from Deer Park and Alfrink worked together this morning. The debating workshop that the Alfrink pupils had prepared could not have been a success without the enthusiasm and dedication of the Deer Park students. I was really impressed by the high level of debating and the joy and enthusiasm of this group of talented Deer Park pupils from Year 9 for whom this was their first experience with MUN style debating.  We all would have liked to put forward a motion ‘to extend debating time’, but the Jumper challenge was waiting and we immensely enjoyed to be a part of that as well. A great morning finished with a world record. It was a privilege and a big pleasure to be part of such a great event and to witness how all Deer Park pupils and staff participated. My congratulations to the debaters of Year 9. I am looking forward to welcoming you to Model United Nations Alfrink next school year." 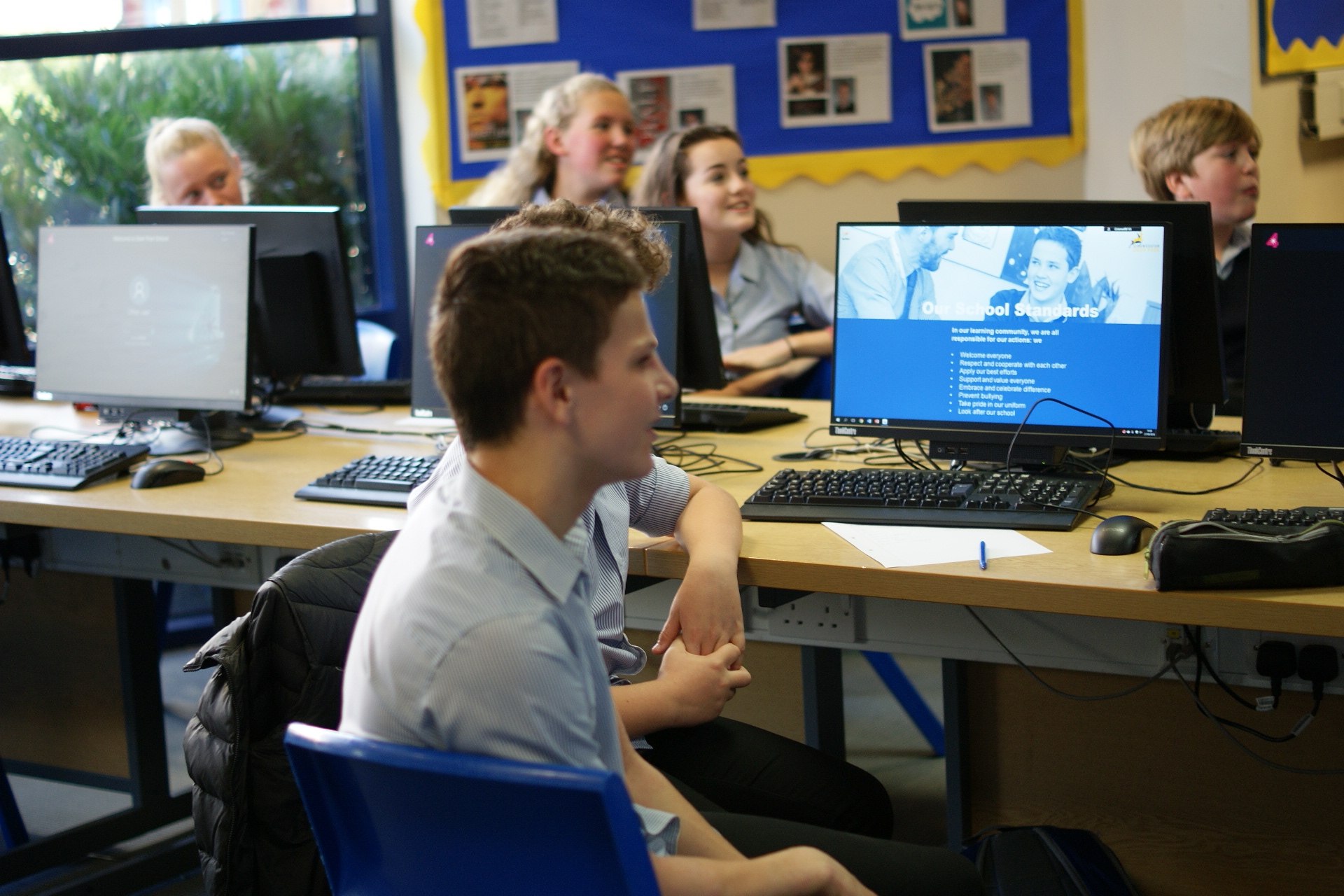 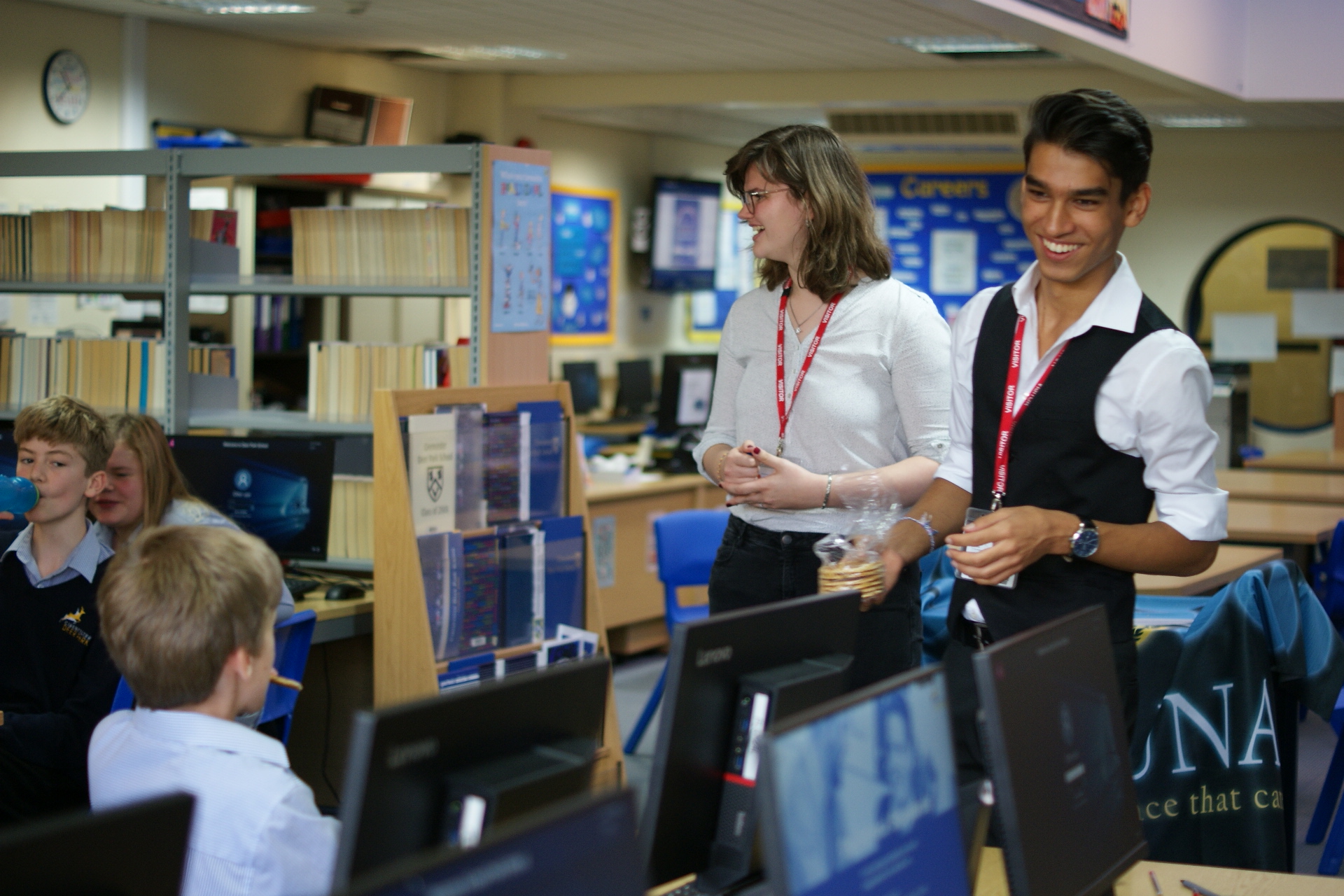 Our thanks to all external visitors who came in to school to help make 21 September such a memorable day for our pupils and those of our partner schools in the Corinium Education Trust.

“The Year 9 pupils were really responsive and positive to the Laughter Yoga sessions. Many of them were stepping out of their comfort zones to participate in this somewhat unusual activity. Though it might seem strange to have Laughter Yoga classes during a World Peace Day, when you think about it it makes perfect sense; experience has shown that once people start laughing on a regular basis it automatically brings attitudinal changes in their behaviour - people become more positive, uplifted, caring and forgiving. Even after a session,  participants carry the spirit of laughter throughout the day, keeping their mind more positive when faced with challenges. Perfect for the sentiments and objectives that Miss Hope, Executive Head of Humanities had expertly woven throughout the other wonderful sessions that she’s organised.” Helena Dovey, Laughter Yoga Teacher

"For Deer Park School to organise a Peace Day was amazing in itself and for me to be asked to speak for EAPPI as part of that day was a huge privilege. I felt very warmly welcomed by both staff and pupils, but the real icing on the cake was the way they all engaged with me as I shared my experiences as a human rights monitor in Palestine and Israel and the great questions they asked afterwards. Congratulations to the school on what I thought was a fantastic day." Paul Clark EAPPI 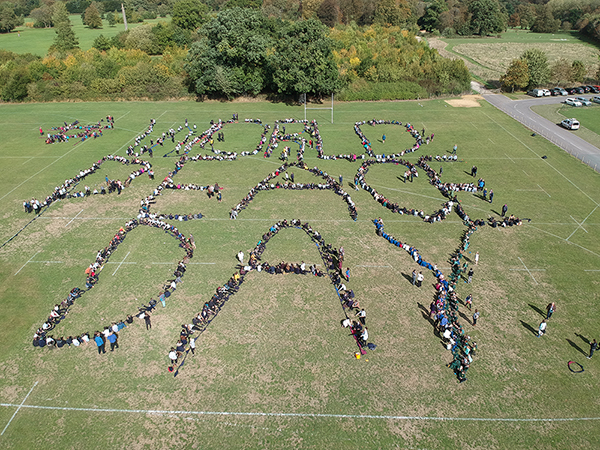