On Wednesday 19 September 2018 we were delighted to welcome Tim Benton to Deer Park School. We had a jam-packed day in store for him! He began the day with our Year 11 pupils, helping them to understand the best ways to establish good learning habits, including some really helpful revision strategies.  He demonstrated techniques that the Year 11s could use to ensure that they work hard whilst maintaining strong self-motivation and having time for themselves too. 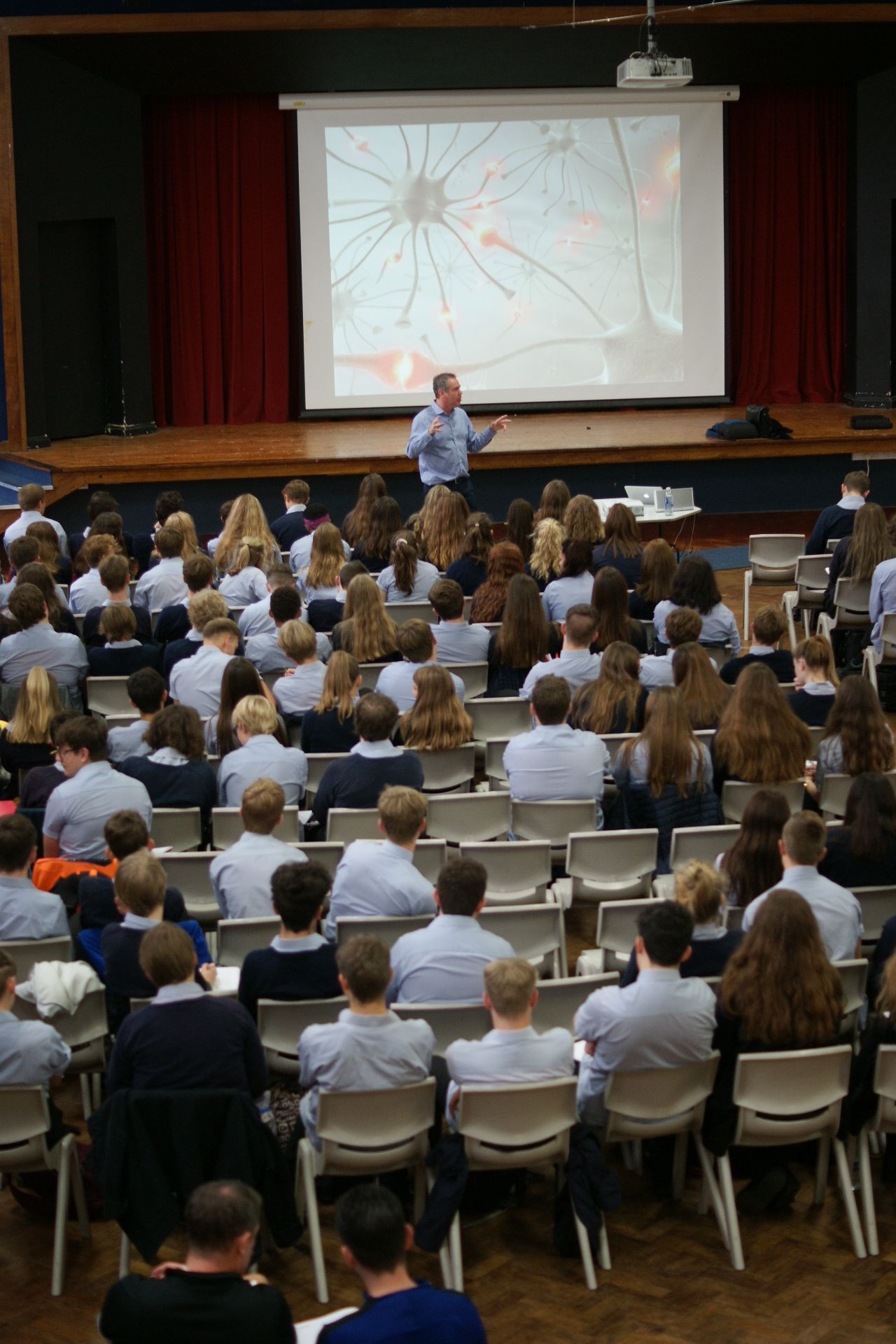 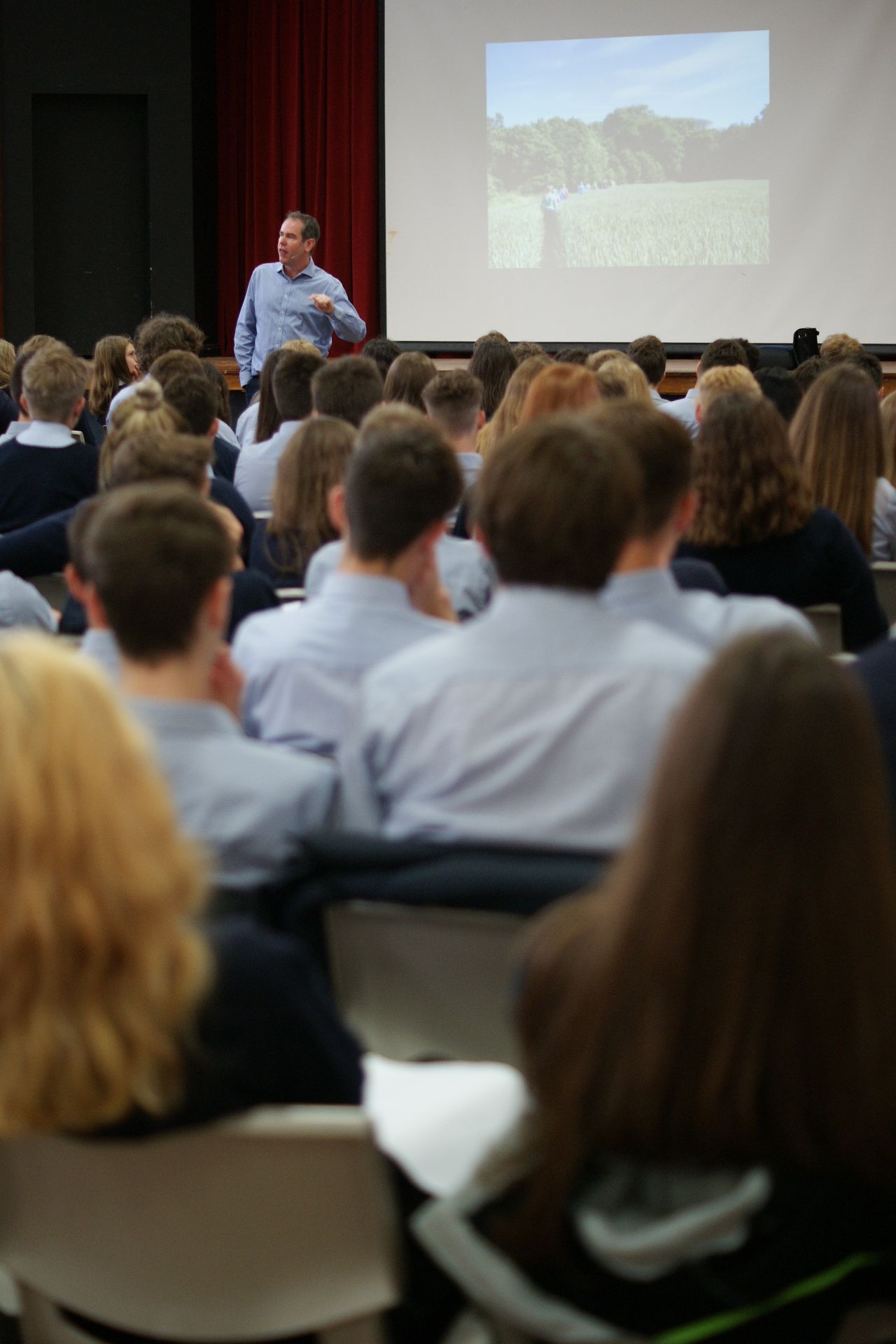 He then moved on to work with our Year 10 pupils, delivering their annual Learning Conference around how to pace themselves across the two years studying for their GCSEs, whilst ensuring that the study skills they use would serve them well as they approached their exams in Year 11.  The pupils were really engaged and got involved in trying out the strategies Tim shared with the year group.

Millie (Year 11): "It was an enlightening experience, in which I learned many handy techniques on how to effectively revise. I have already used some and they are really helpful. His presentation was fun and engaging."

"The revision tips were useful and engaging and provided an insight into students' methods." Oli (Year 11)

"He was funny and suggested creative ideas about how to revise. I learnt a couple of techniques, had fun in the process and feel more equipped for studying and my GCSEs." Hazel (Year 10)

Matt (Year 10): "The main thing I took from the session was that if you get enough sleep, you won't be tired. Don't play on your phone or console too close to bedtime."

For the rest of the day Tim delivered workshops to groups of Year 11 pupils. They had the opportunity to think about how they were currently using their time and whether they could make some ‘tweaks’ that could really help them as they prepared for their Year 11 exams and, ultimately, the next stage of their lives as a result of the grades they achieve.

Many staff commented on the number of pupils talking about what they had learnt in Tim's sessions and pupils set themselves the challenge of trying out one of the suggested revision strategies, to see if it could help them.

To help parents support their sons/daughters in Years 10 and 11, we provided a Learning Conference Presentation for parents too, where they had the opportunity to hear from Tim.  He shared some of the revision strategies with parents that he had conveyed to pupils earlier in the day and he suggested some ways that parents could support their sons/daughters, such as limiting screen time late at night or reducing the hours spent playing computer games.  His comments resonated with many parents and the evening was really well-received, with many saying how helpful it had been.

One parent commented: ‘I just wanted to thank the school for arranging the learning conference on Wednesday evening. Tim Benton was a great speaker and had some really valuable techniques to use for revision. I wish I had known these when I was younger, I definitely spent too much time copying and making pretty patterns with highlighters!’

Another said: ‘It is often difficult to get feedback from teenage boys, but my son said it had been really useful, that he had listened and will use some of the strategies and that he even took notes, which is just unheard of for him!  He suggested that I might like to take my own pen and pad to make my own notes and I was grilled when I got home as to whether I had taken any! I can see why he inspired the young people in his audience and I am glad that I got the opportunity to hear him speak too.’

We have ordered more than 150 copies of ‘The Brain Box’, co-written by Tim, as a result of pupils/parents taking up our special offer price.  The book should be in school week ending Friday 28 September. At the parents' presentation Tim mentioned Brain Box Extra which has additional articles and links you may find useful, for example 'Help me! I'm stressed!' and 'Tear and Share'.