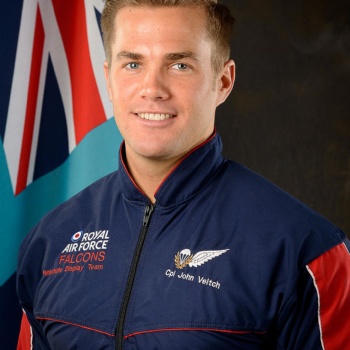 Corporal John Veitch began his three year tour with the RAF Falcons, who are based at RAF Brize Norton in Oxfordshire, in October 2015  having joined the RAF in 2006. He said, “It is an honour to have been selected for the RAF Falcons, and it will undoubtedly be a pinnacle of my career to have the opportunity to perform displays with my team mates around the world”.

For over 50 years, the UK Military’s Parachute Display Team, the RAF Falcons, have delivered fast paced, high profile displays from up to 12,000ft across the UK and abroad. Each member of  the RAF Falcons has been specially selected for their role, and as well as putting on spectacular displays for the public to enjoy, they also undertake training to prepare them for advanced Parachute Jumping Instructor roles, where they will be responsible for the delivery of operationally focused parachute training for the entire UK Military. 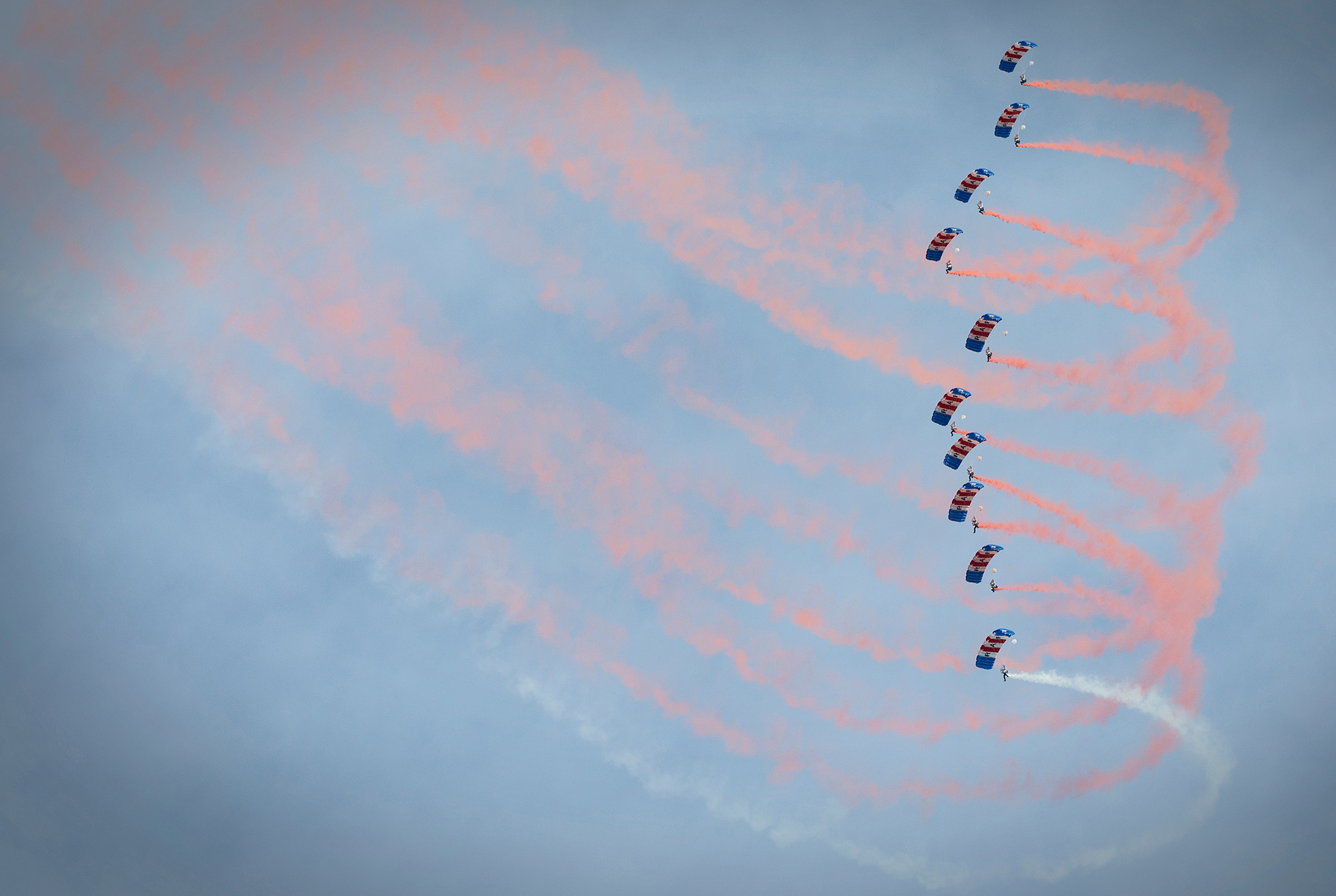 Since joining the RAF in 2006 as a Physical Training Instructor, John completed his initial training and was posted to RAF Halton, training the RAF’s latest recruits to the required fitness standards, before being posted to RAF Northolt. In 2012, he chose to specialise as a Parachute Jumping Instructor (PJI) and was subsequently posted to No 1 Parachute Training School, RAF Brize Norton, where he was selected for his current role on the RAF Falcons in 2015. John can expect to remain with the RAF Falcons for a three year period, during which he will gain his Military Accelerated Free Fall Instructor qualification, enabling him to take his career to the next level by providing specialist parachuting training to Army, Navy and Air Force personnel.

Following the RAF Falcons Display Season Launch Day at RAF Brize Norton on Friday 29 April the Team will conduct around 70 displays throughout the UK and Europe.

It is always lovely to learn of the progress our former pupils make in the world beyond school and we are delighted to share John’s success. We wish him good luck in the Falcon’s new season! We actively encourage all pupils to keep in touch with us as their continued achievements and good news stories serve only to inspire and motivate the current and next generation of Deer Park pupils and help us create brighter futures for them.