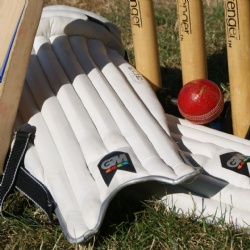 The Farmor's team included numerous County players and they bowled out our key batsmen early on with some ferocious bowling. As a result, we struggled to get enough runs on the board, with a total score of 87 for 6 wickets off 20 overs. However Kit W and Sam H batted well. Farmor’s managed to surpass our total in bat in 9.2 overs with superior batting skills, led by Freddie Merrett, who captains Gloucestershire.

Coach Mr Schlaefli commented "It is a shame we lost but we have had a good season overall, with excellent victories over Marling, Thomas Keble and Kingshill Schools. My thanks to all the boys who have represented the Year 10 Cricket team this year and in particular to my co-captains Sam H, Ben C and Reuben S who have batted and bowled superbly throughout the season and helped organise the team."

Sam said “Unlucky that we didn’t win, but overall we have had a successful season and it’s been a lot of fun.”

Reuben commented “I feel frustrated that we didn’t bat as well as we normally do because if we had, we could have potentially won the match.”

Kian, who joined the team this year, said “I feel I have gained so much knowledge, skill and understanding. It has motivated me to join a team outside of school.”