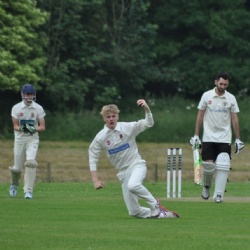 “This is our year!” was the rallying cry to the staff team as they prepared to walk out on to The Park on Wednesday 13 June 2018, after losing the toss to the pupils.

Now in its 4th year, this eagerly contested match at Cirencester Cricket Club after school is one of the highlights of the Deer Park sporting calendar.  This year we were raising money for Chance to Shine, a charity that provides education through cricket across the UK.  This continues our cricketing-themed fundraising matches, such as for Cricket without Boundaries in 2016 and The Gloucestershire Cricket Trust last year.

Opening the innings for the pupils were Sam (new Year 11) and Gabby (new Year 10) who would be facing new ball partners Mr Grant (Site) from the pavilion end and Mr Davies (English).  It was Mr Davies who made the breakthrough when Gabby was caught by Mr Van Wyk (Maths) without scoring.  She was replaced by Harrison (old Year 11), who, with opener Sam (new Year 11), set about scoring freely.  Sam was particularly strong through the covers, as he creamed 9 fours and 1 six on his way to a half century before retiring.  The bowlers could not penetrate the batting as loose balls were punished.  Harrison favoured the punch through mid on and mid off.  He also retired once he made his half century, which brought Reuben (new Year 11) and Ben (new Year 11) together to try and accelerate the run rate.  Wickets were hard to come by; in fact the pupils only lost 1, finishing on 154 after 20 overs.  Commendable debut performances from Mr Cook (Music) and Mr Bonnie (Site) restricted the pupils from a potentially higher score. 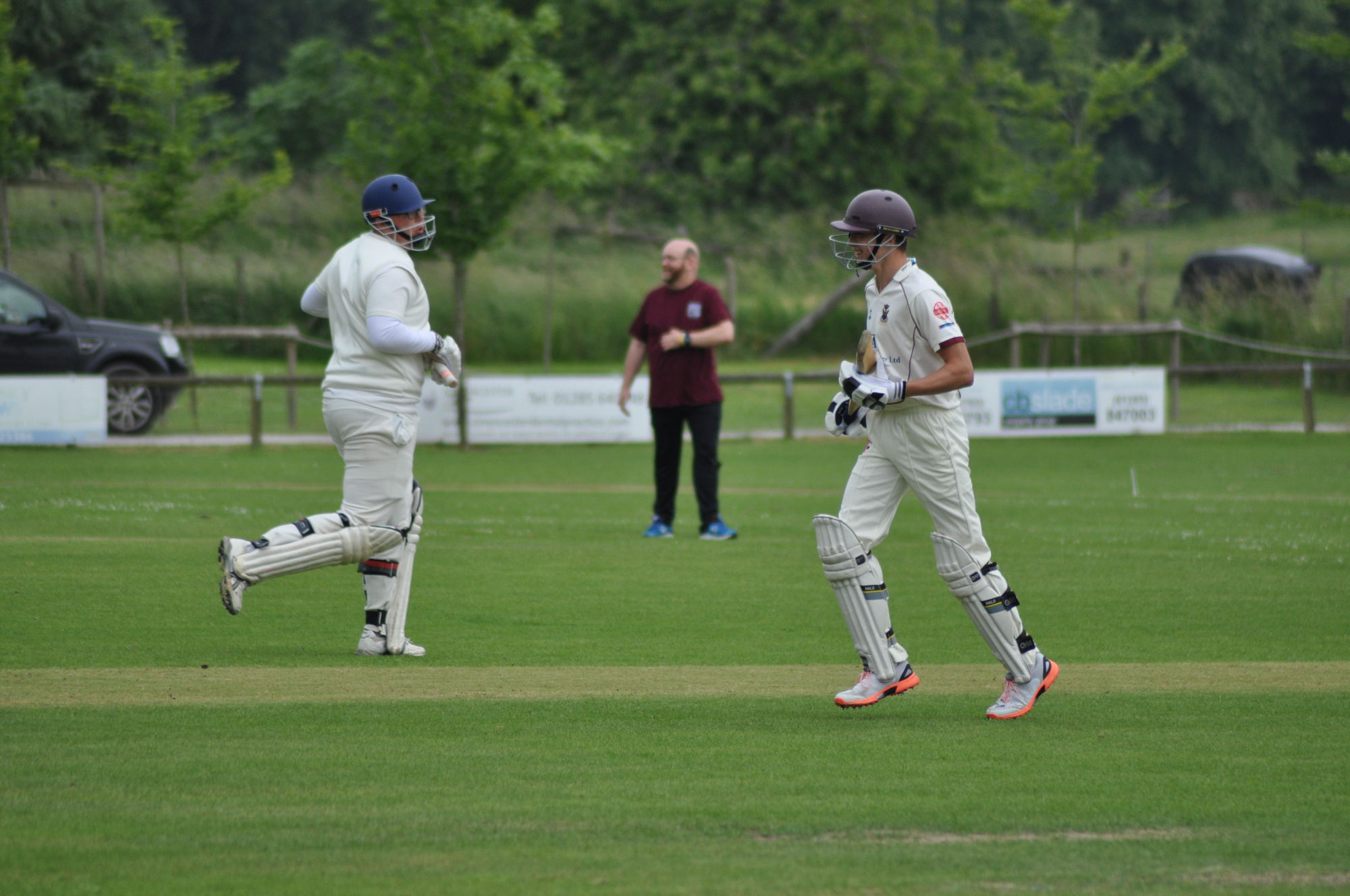 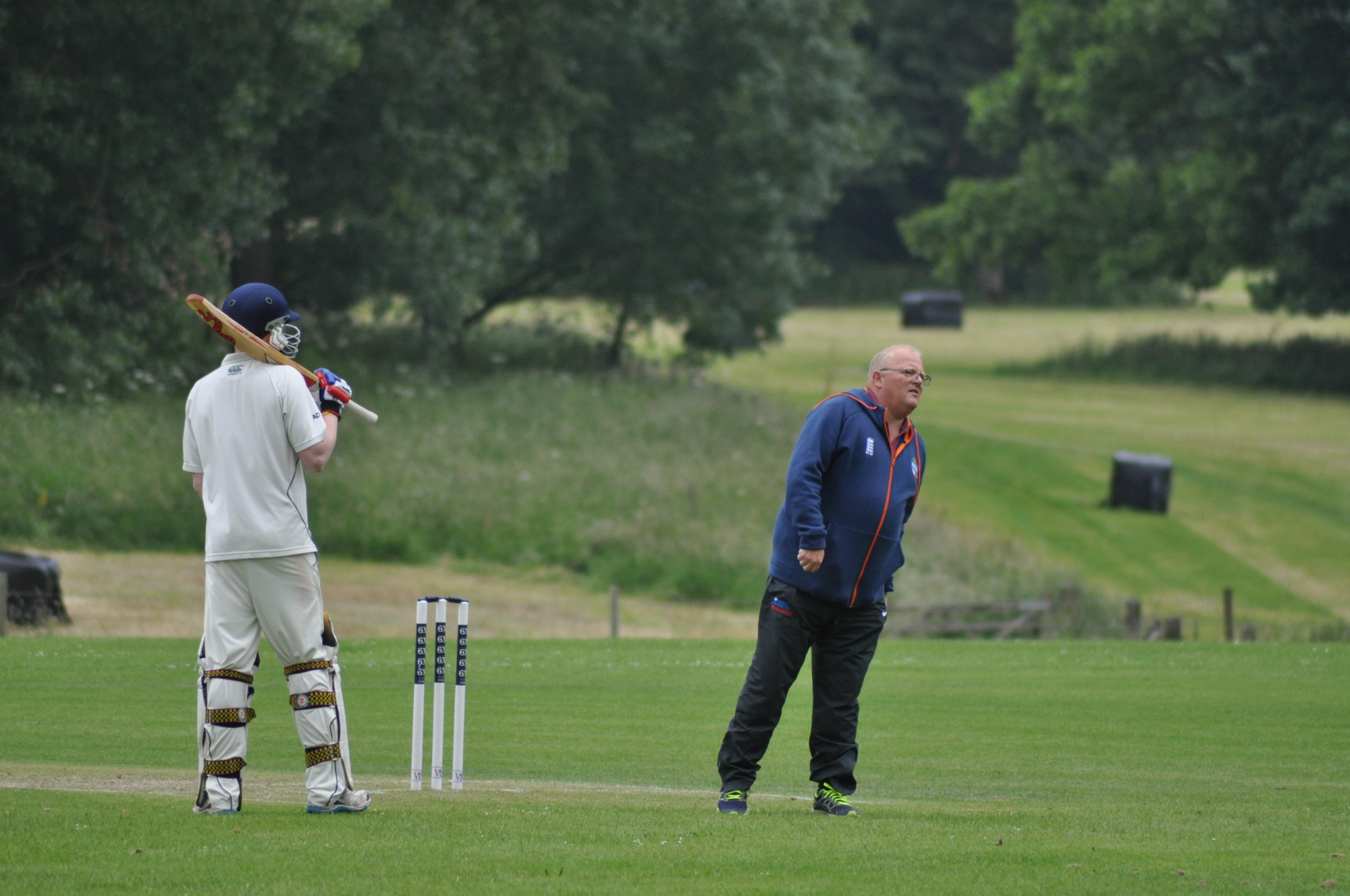 At 7.75 runs per over, it was game on as the staff set about the chase.  Mr Schaefli (PE) and Mr Davies opened the innings and saw off some hostile bowling from the left arm of Reuben.  Gabby, Reuben’s new ball partner claimed the first scalp, having Mr Schaefli caught for 9. Mr Carmichael (Maths) joined Mr Davies only to take a run to bullet-arm Sam, who threw down his wicket without scoring.  Mr Cumming (PE) came to the crease together with a runner due to injury.  Occupying the crease for 3 overs and looking to push the run rate upwards, he hit the ball through mid off, only for Reuben to rein in the spawning journey of a salmon, by taking an exquisite catch to his left, from the bowling of County player Tilly (new Year 10) 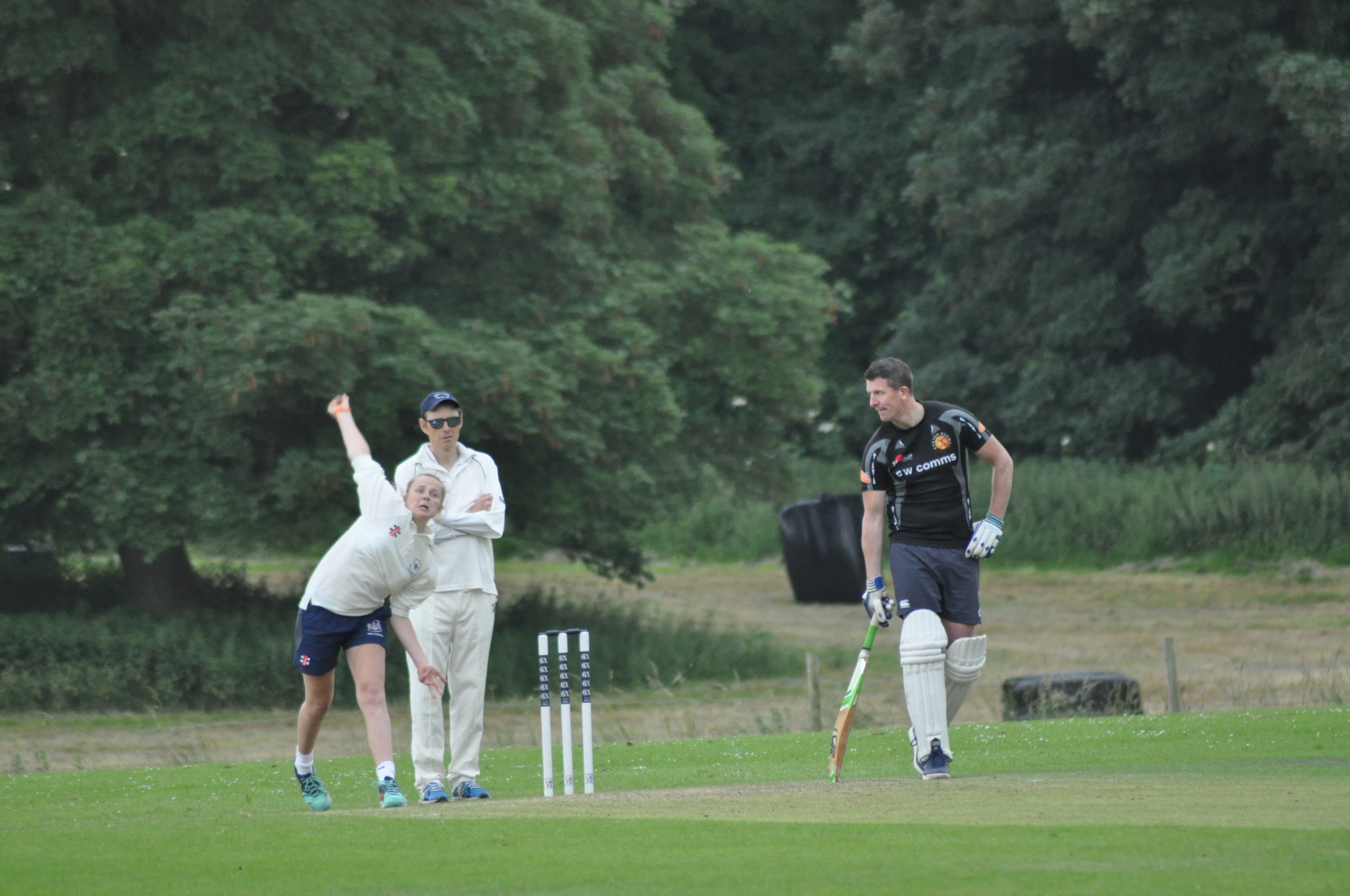 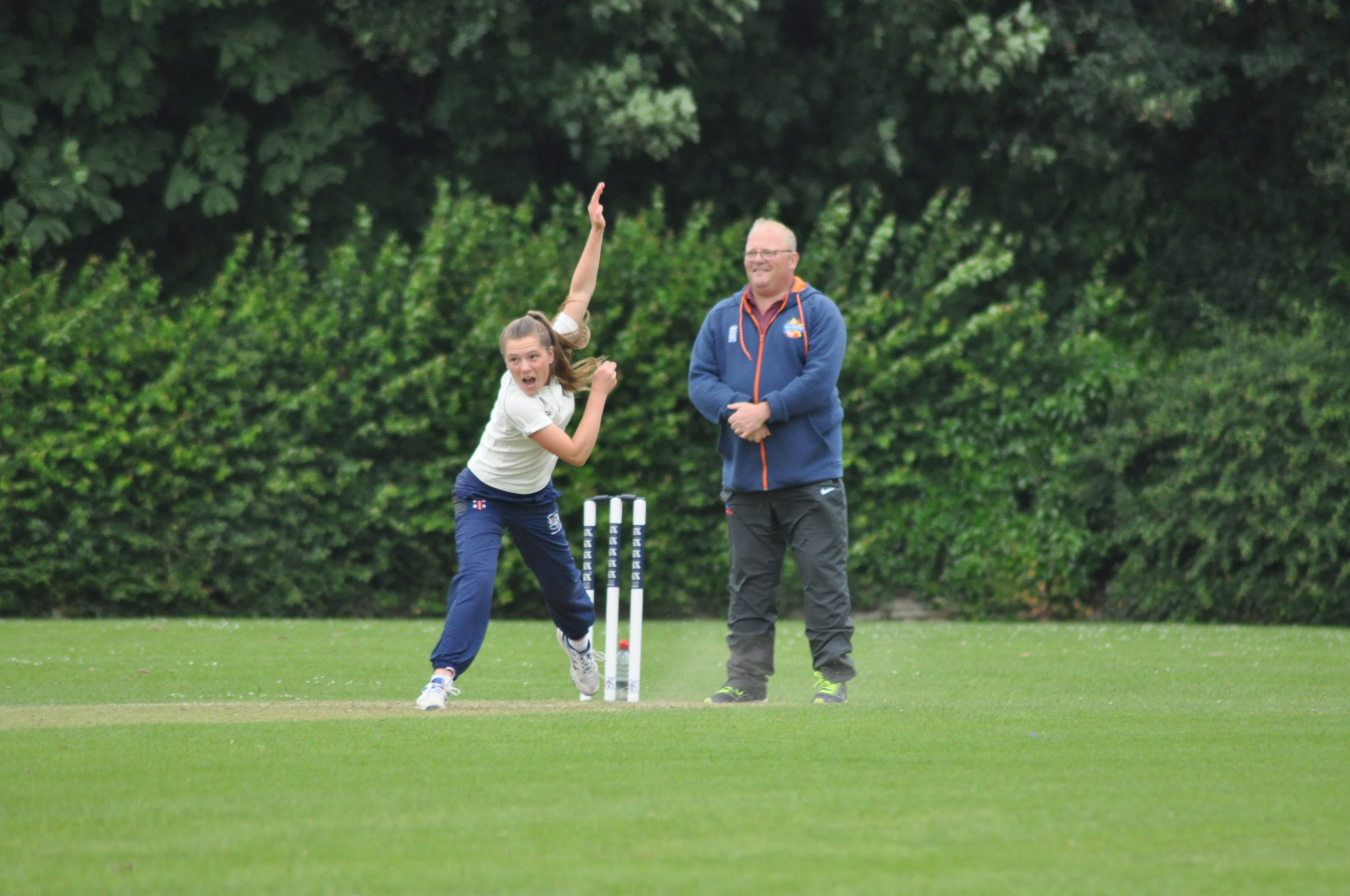 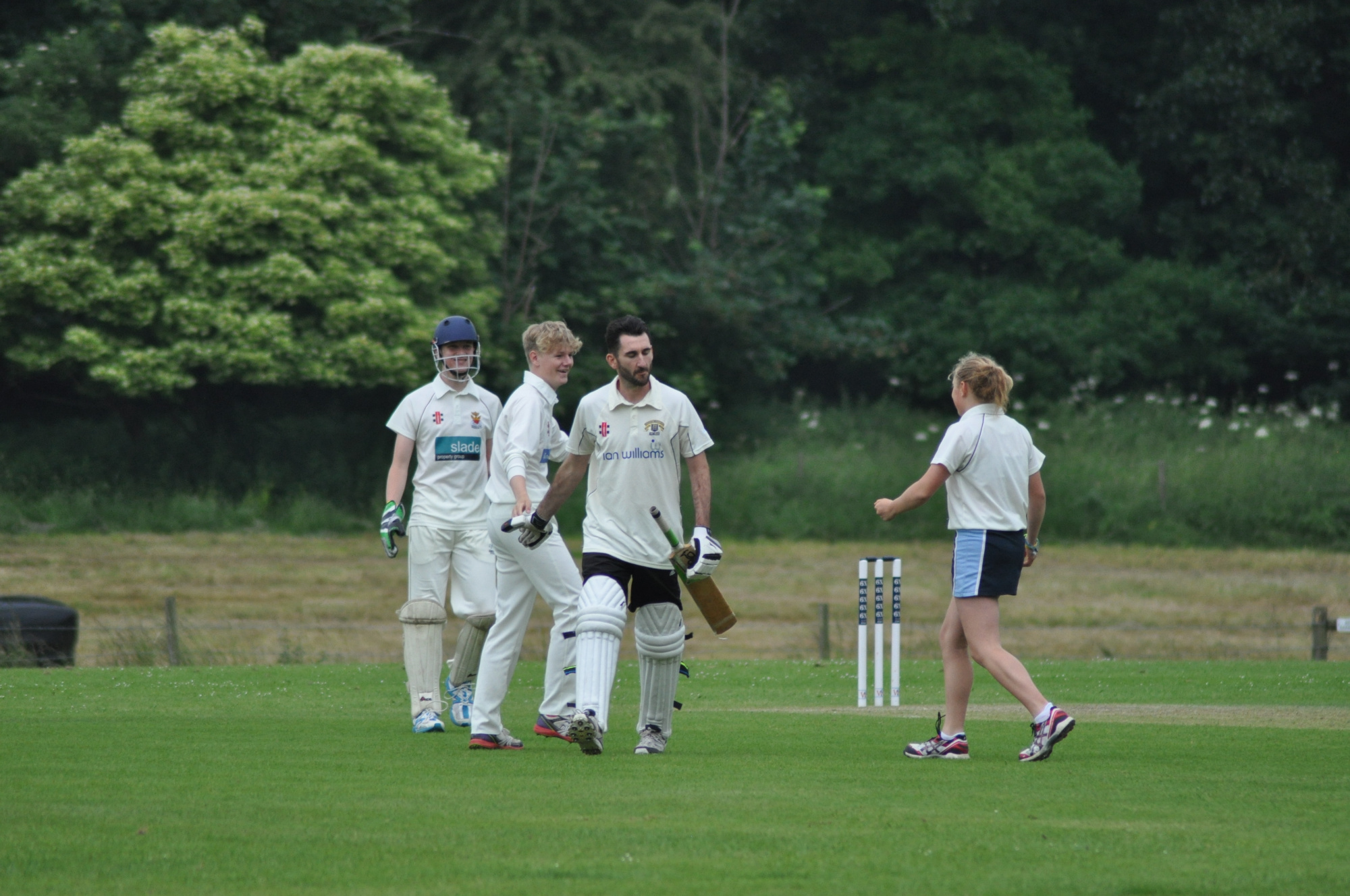 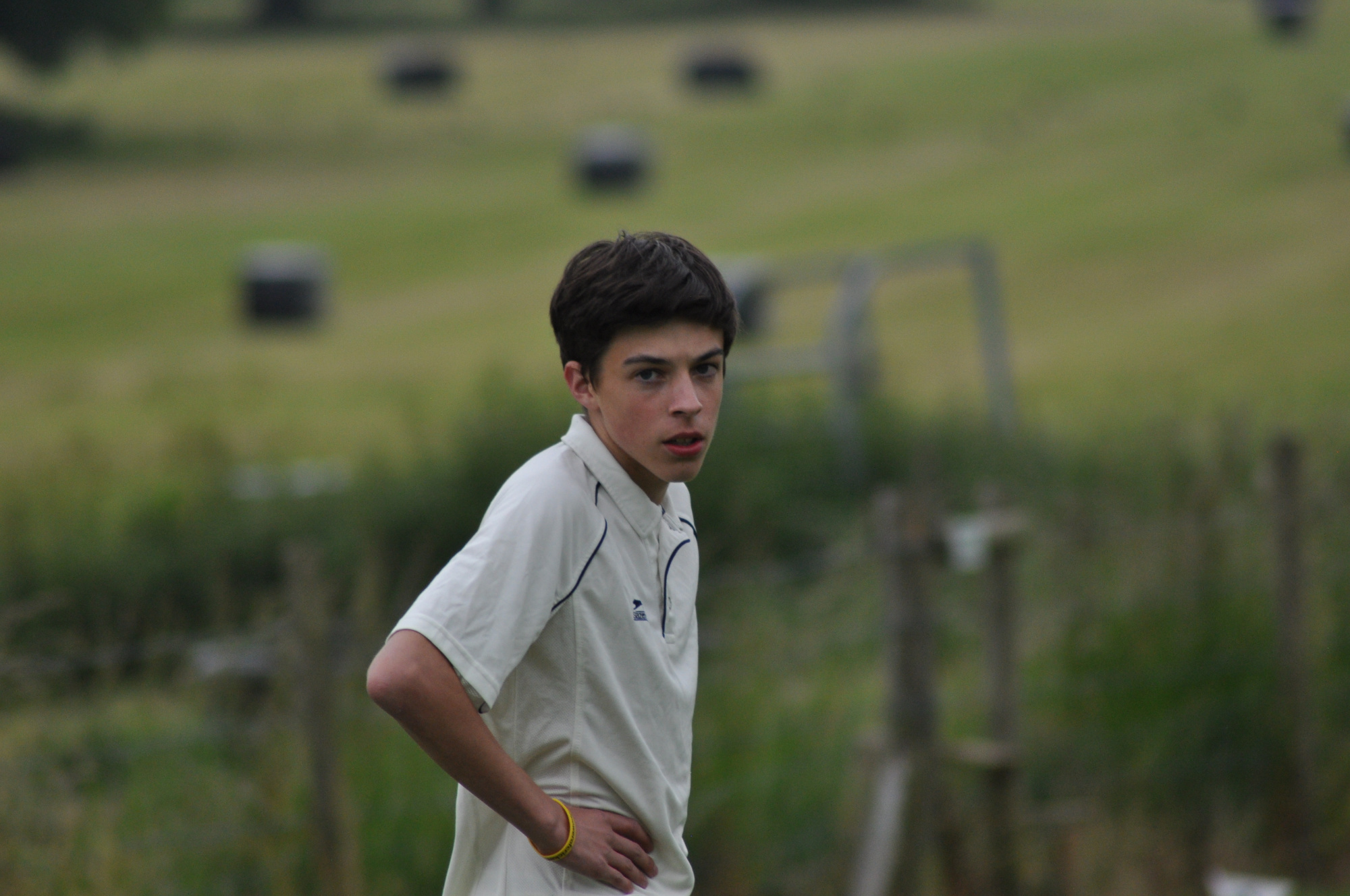 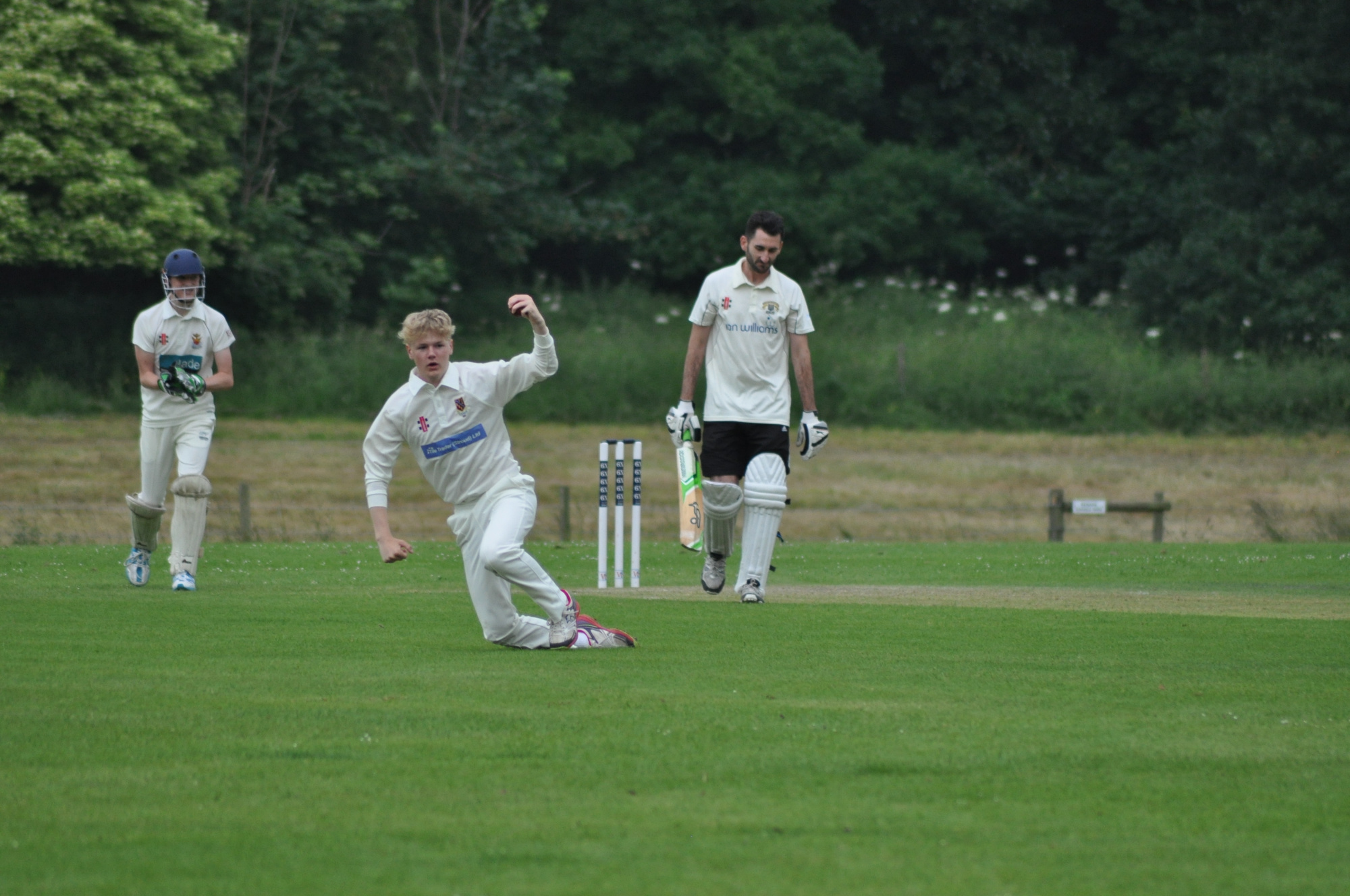 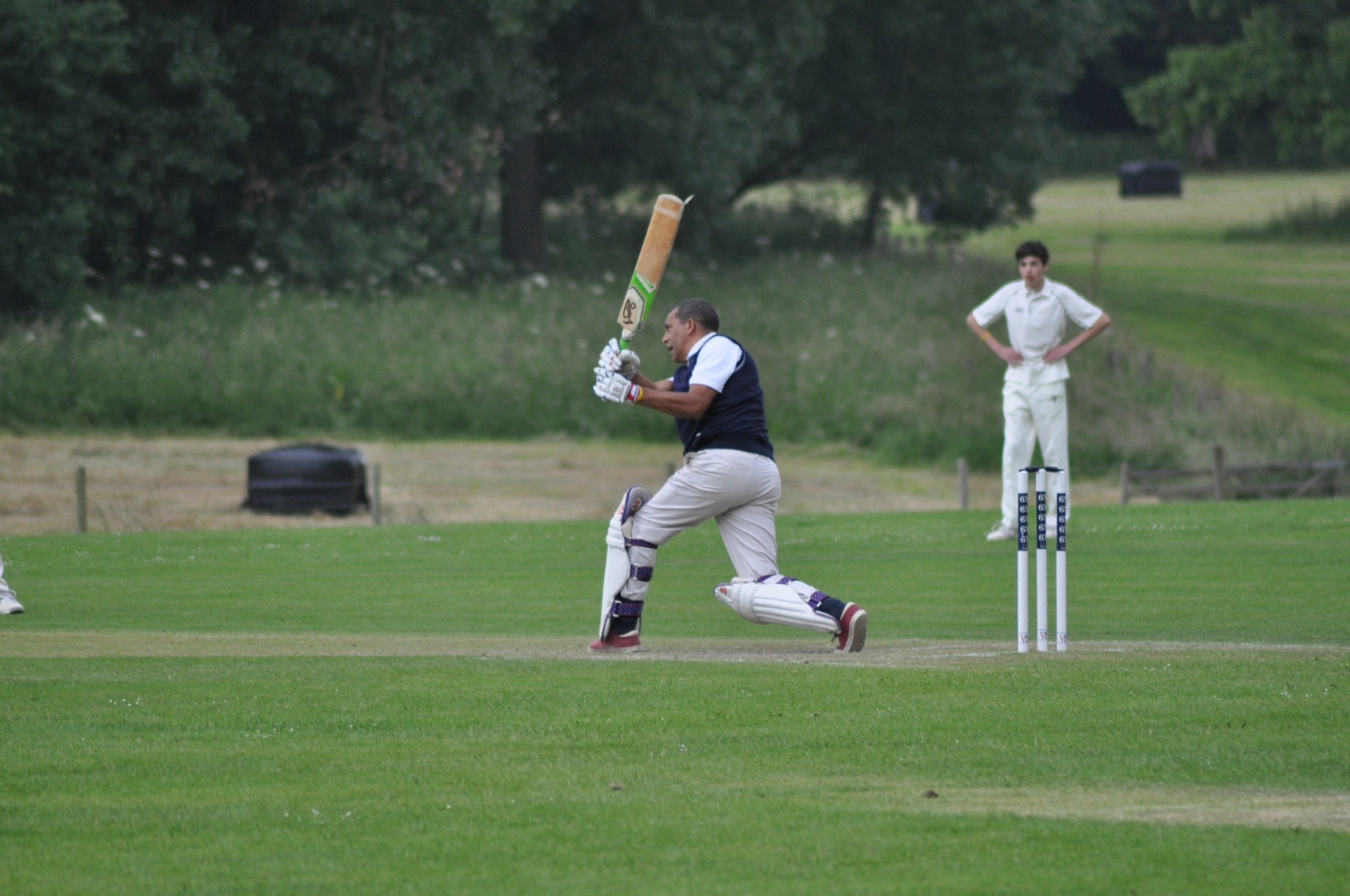 Now under pressure, debutant Mr Bonnie (Site) made an elegant 19 before being run out to be replaced by Mr Van Wyk, who carried on the charge and nudged the ball to keep the run rate ticking over. Needing 100 from the last 10, it was always going to be an upward battle, but showing positivity and resilience the staff took the game to the pupils.  Reuben came back to bowl and claimed the wicket of Mr Germaine (Computing & Business), who was LBW for 3.  Mr Grant made 19 before being caught by Sam from the bowling of Tilly and not out batsmen, Mr Cook 3, and Mr Hoare ‘The Cat’ (Design) 9.

The pupils had several players making their debut this year, blooding them for future battles between leather and willow.  Abi, Holly, and Freddie (new Year 8) and Charlie (new Year 11), all played a sterling part in the game.

The staff finished short of their target on 125 for 8.  "Next year will be our year!"

We raised £100 for Chance to Shine through match fees and selling of hot dogs and burgers.  Our thanks to all the pupils and staff who played, Cirencester Cricket Club for hosting the game, Mr Woodcock for organising the BBQ, Mrs Reynolds for cooking on the BBQ and Miss Palmer for scoring.

"Once again the atmosphere was fantastic and the game was enjoyed by players and spectators alike." Mr Germaine

"It is the first time I have played cricket and I really enjoyed it. I will certainly make myself available next year." Mr Cook

"It was my last game as a pupil and it was nice to put one over on the staff again.  Maybe next year I will come back as a guest."  Harrison

"Its always good fun and I am pleased that more girls are playing."  Gabby

"My first game for Deer Park Staff and I was impressed by the standard of play from the pupils, boys and girls alike." Mr Bonnie