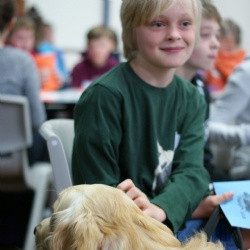 On Tuesday 12 June 2018, 80 Year 6 pupils were welcomed to the Deer Park ‘Superhero Bootcamp’ Primary Challenge Day. These pupils will be joining us in September 2018 as part of our new Year 7 intake and come from some of our smaller 'out of area' primary schools.

Several of the pupils arrived looking a little nervous and apprehensive about the day. However, before long all pupils were carried along on a wave of shared enthusiasm and, with the support of school dog Cosmo, were soon engaged with the day and with their new classmates.

Pupils were split into six Superhero groups and were supported by some of our (new) Year 8 pupils who had also come from smaller primary schools. The day began with Mr Johnson, Assistant Head, and Mrs Hannis, Senior Year Leader (Year 7), explaining the purpose of the day and exploring the key learning skills of reciprocity, resourcefulness, reflectivity and resilience that they would develop throughout the day. 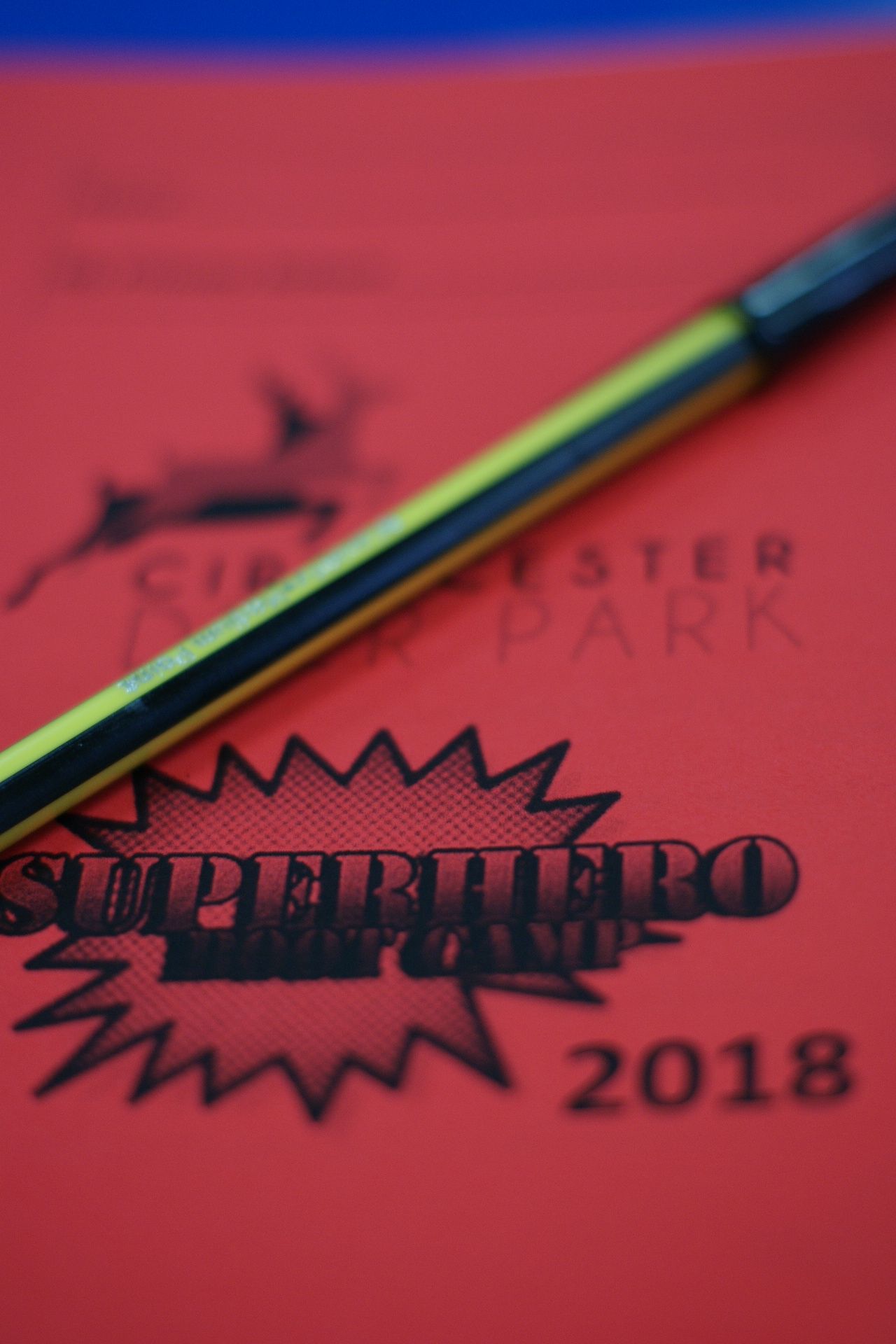 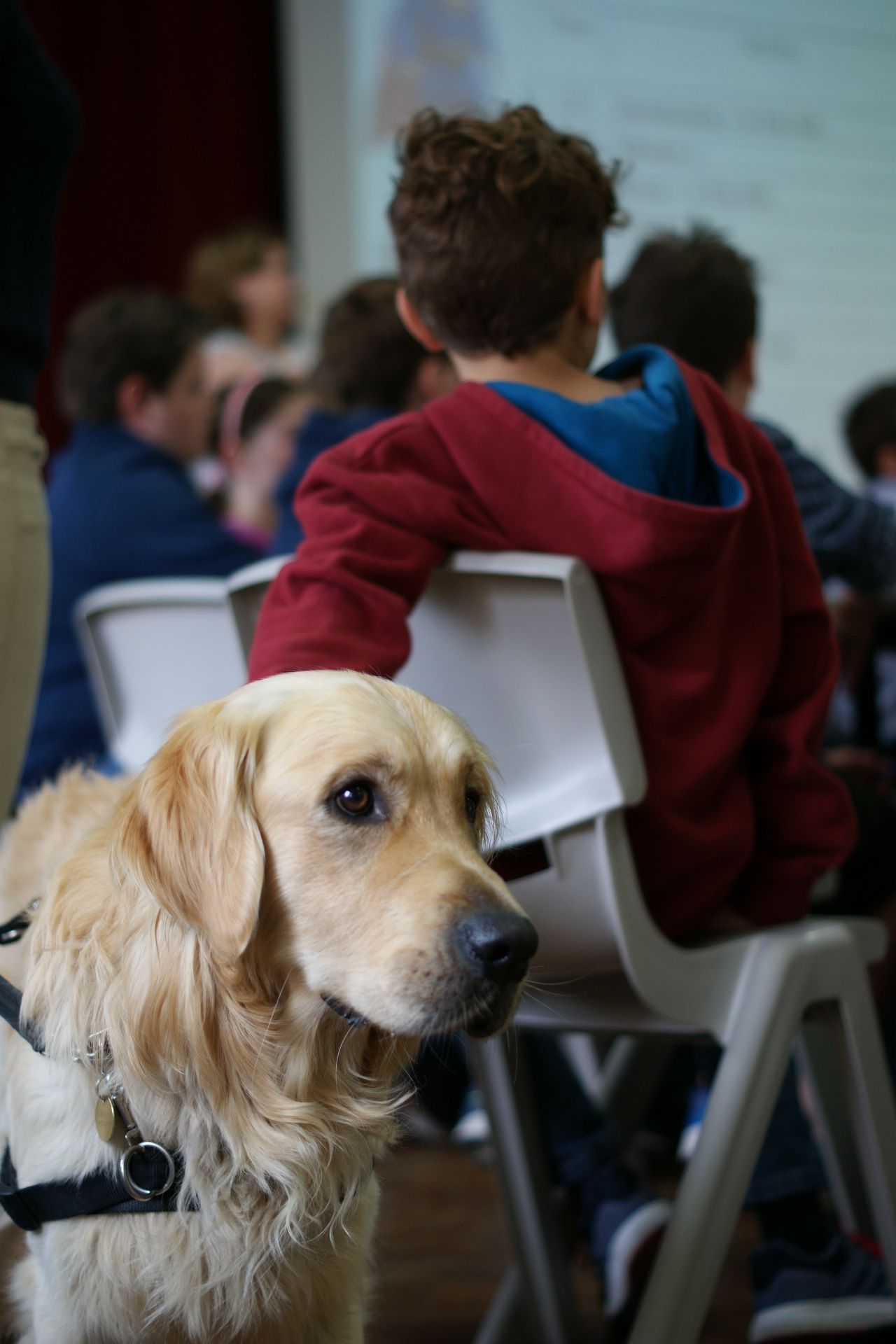 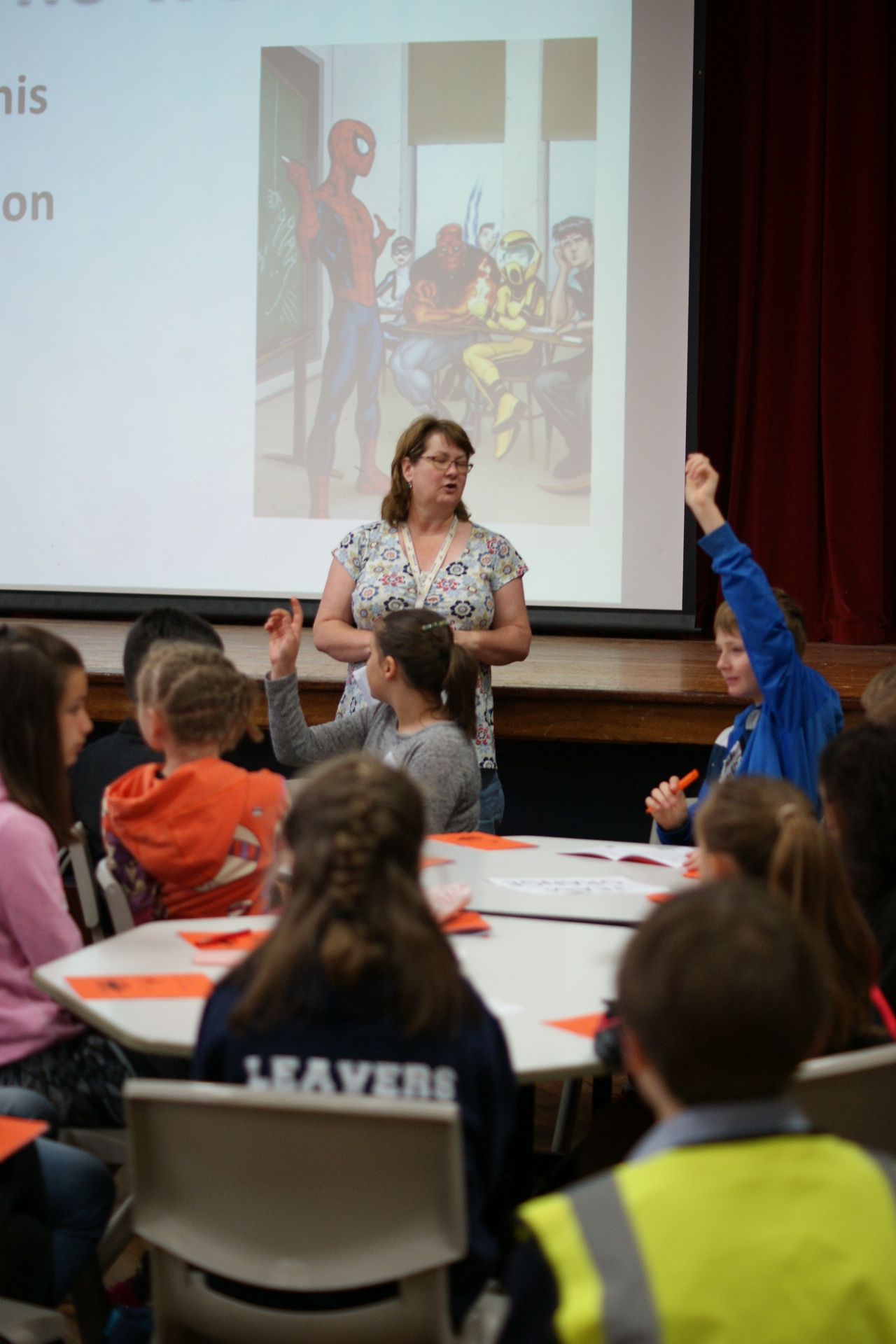 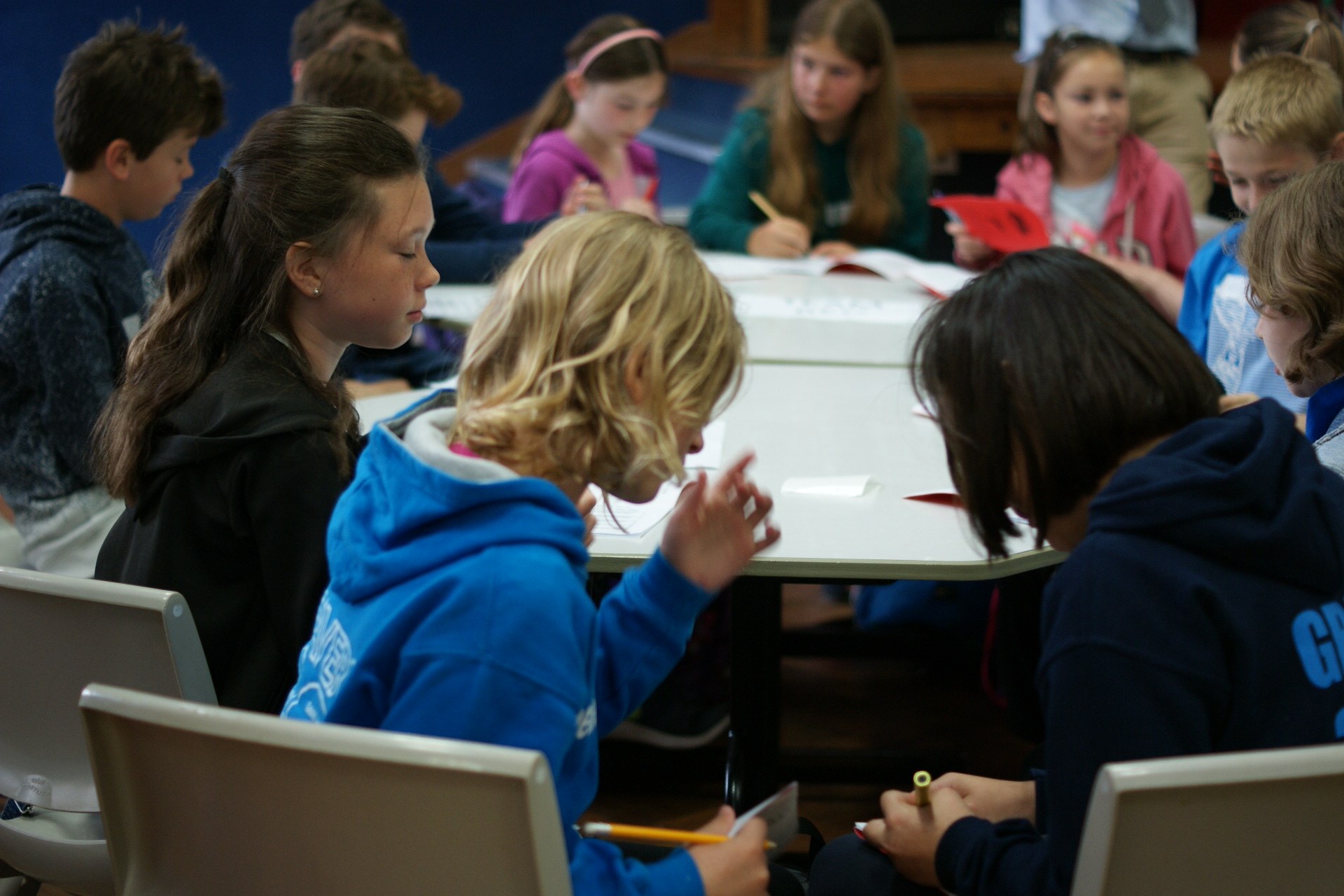 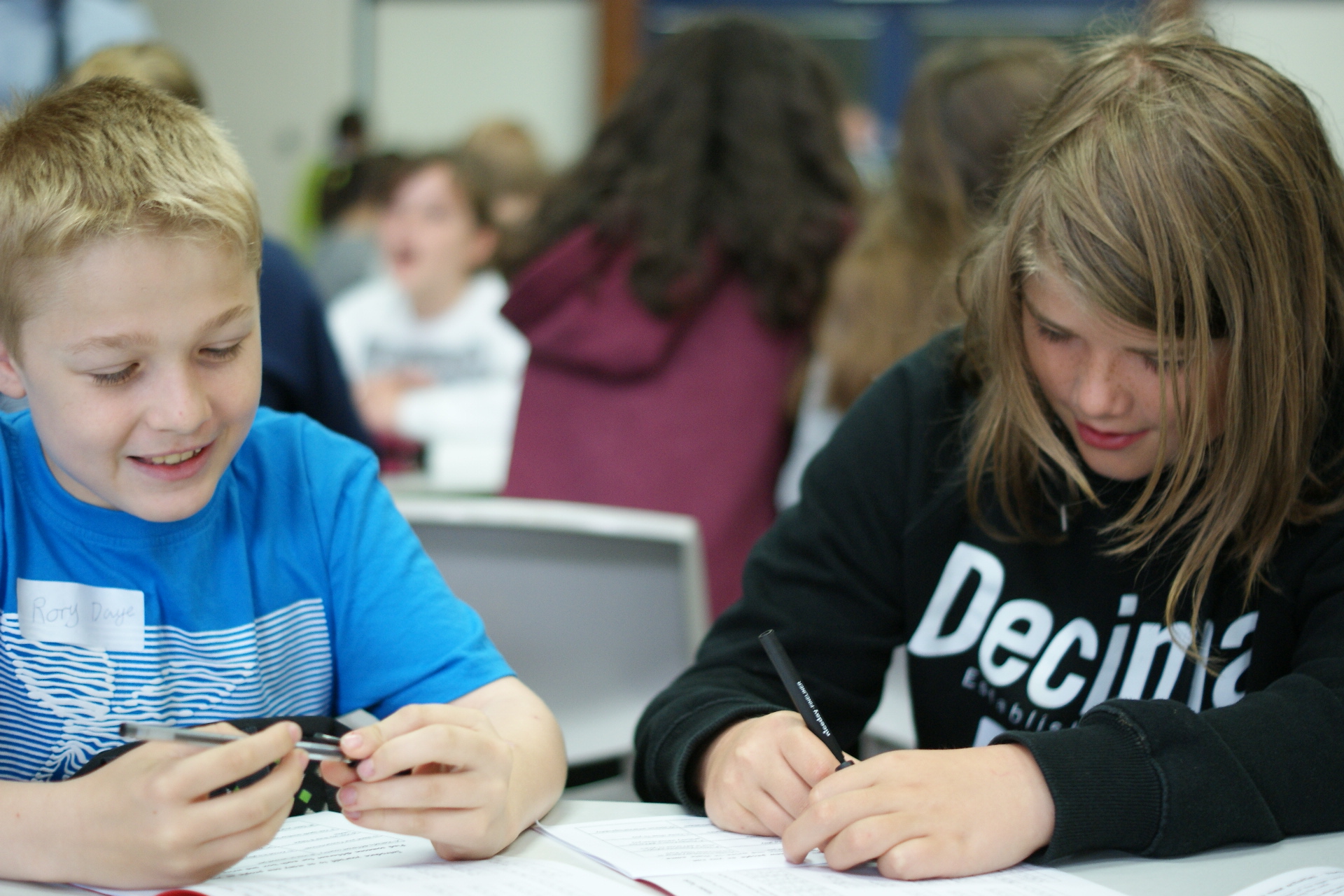 Pupils were set three main challenges; to get to know the school, to make new friends and to develop their learning powers to be successful. Each group had a separate timetable for the day designed to allow them to mix with as many Year 6 pupils as possible as they moved through three different missions in different areas of the school. 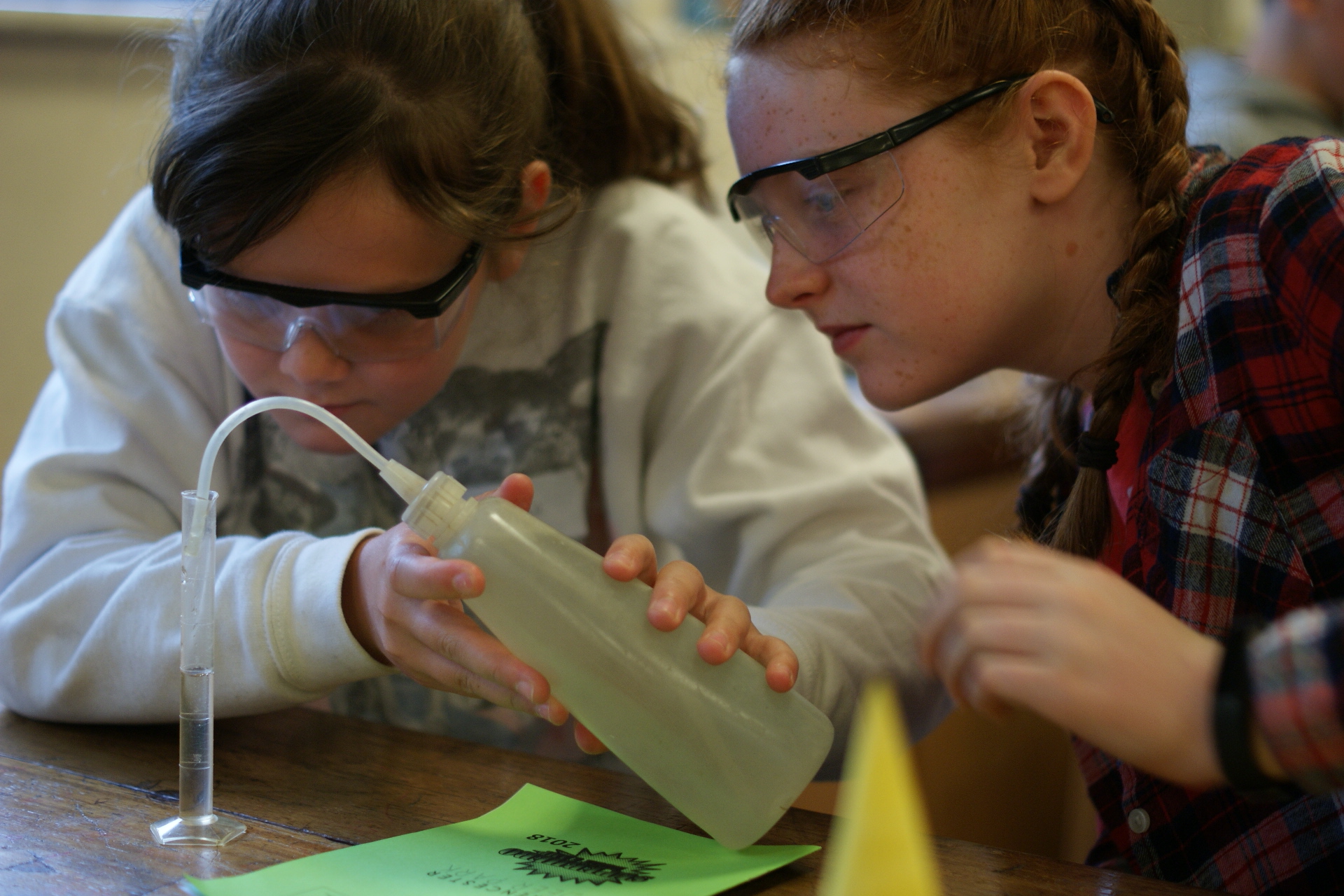 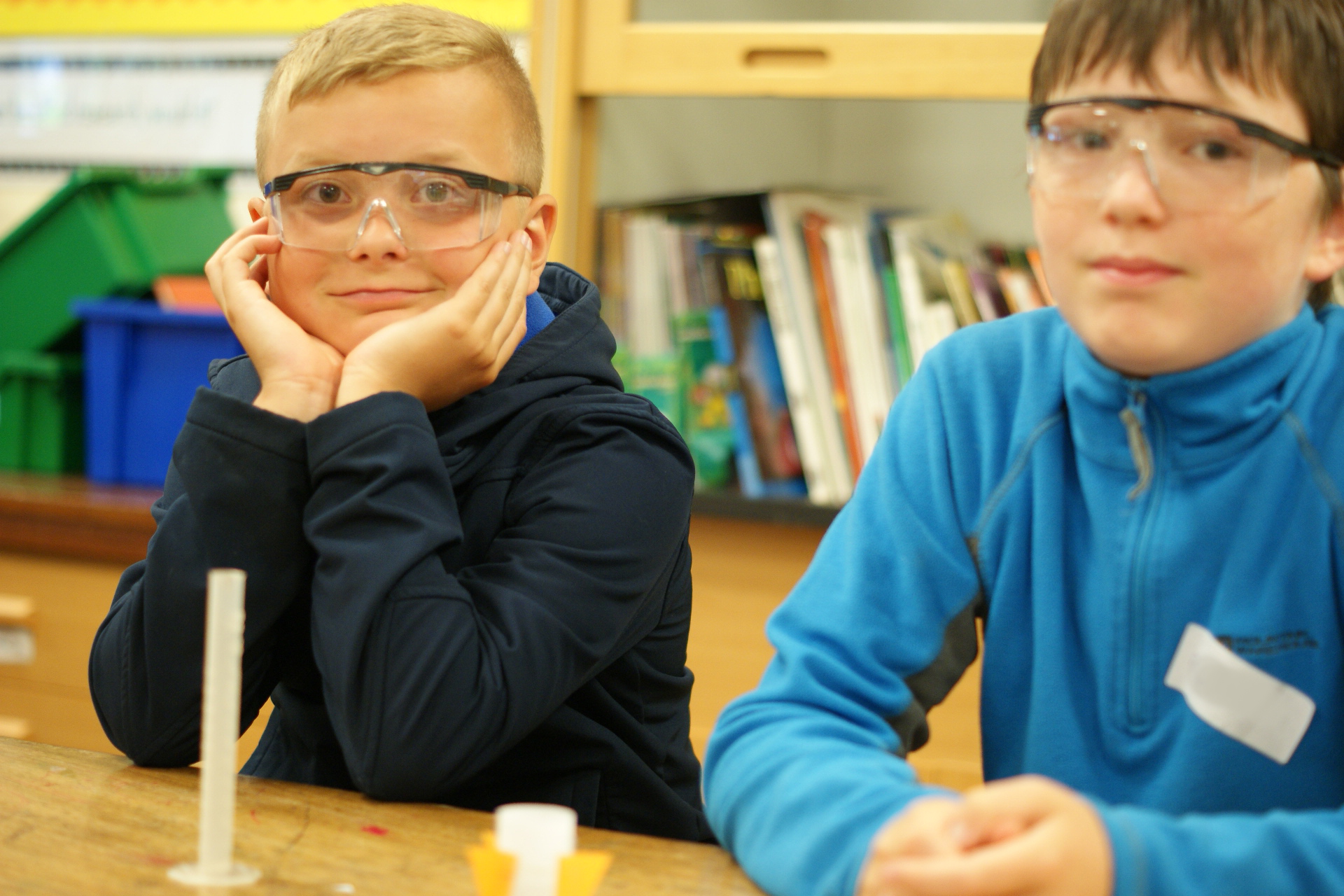 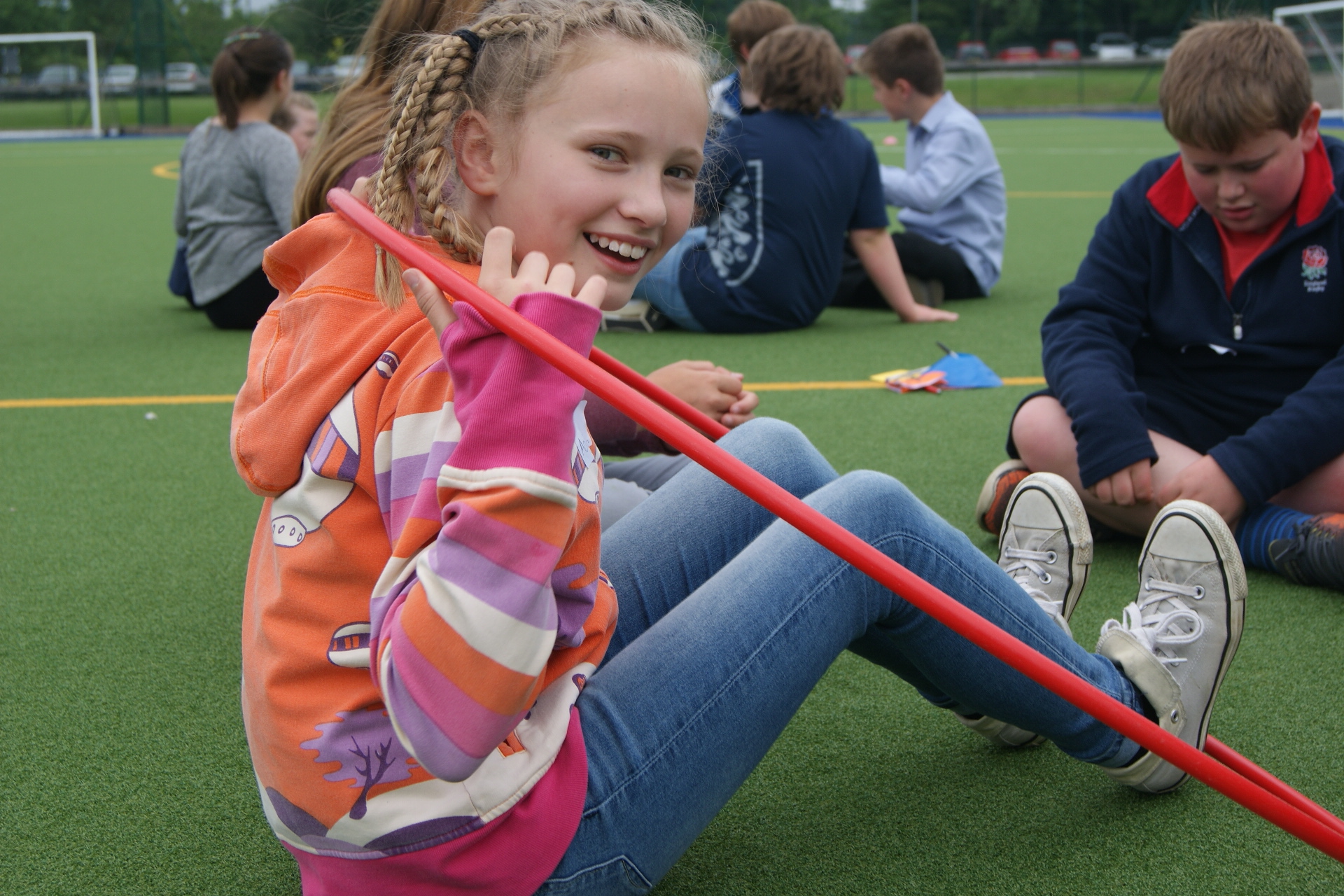 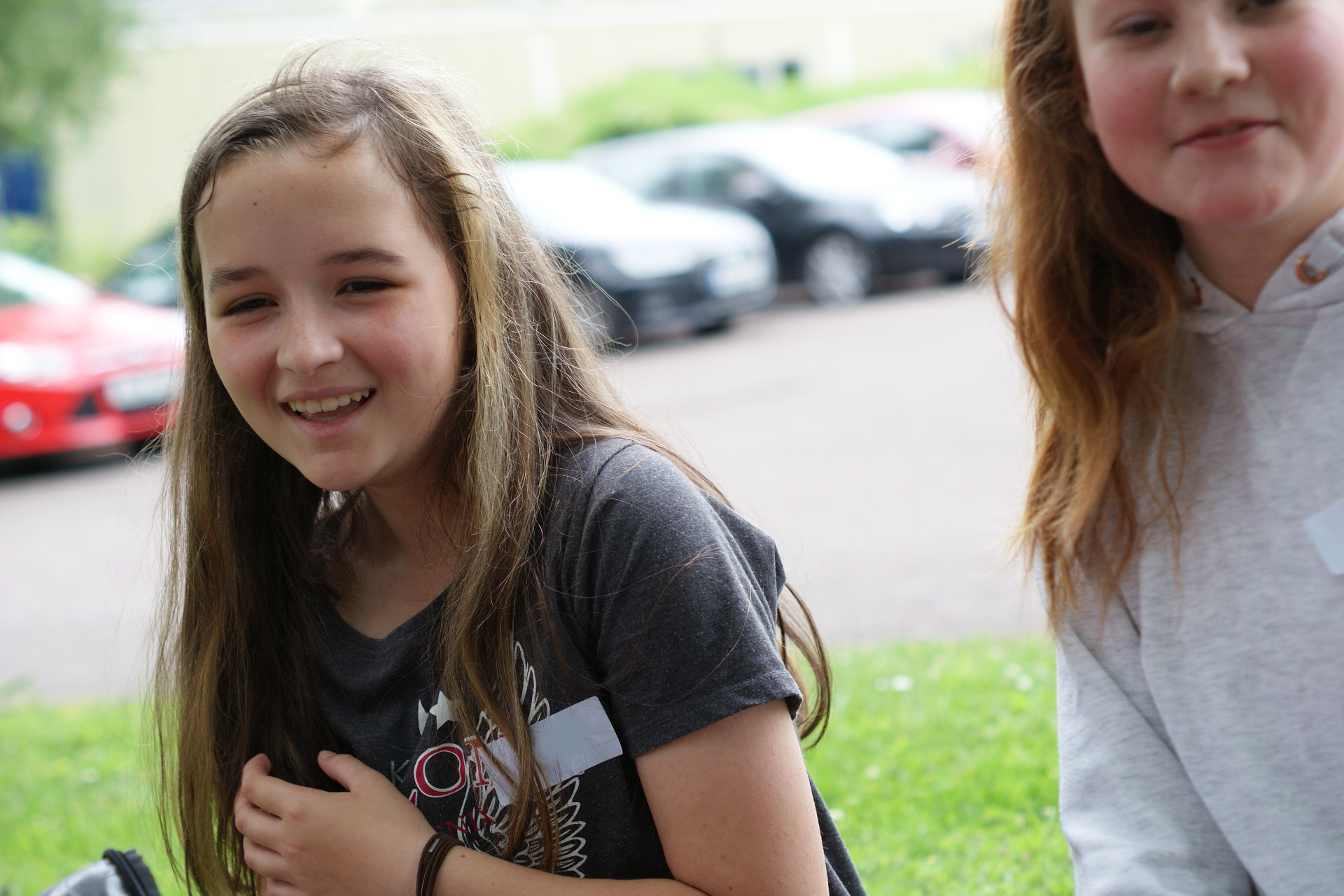 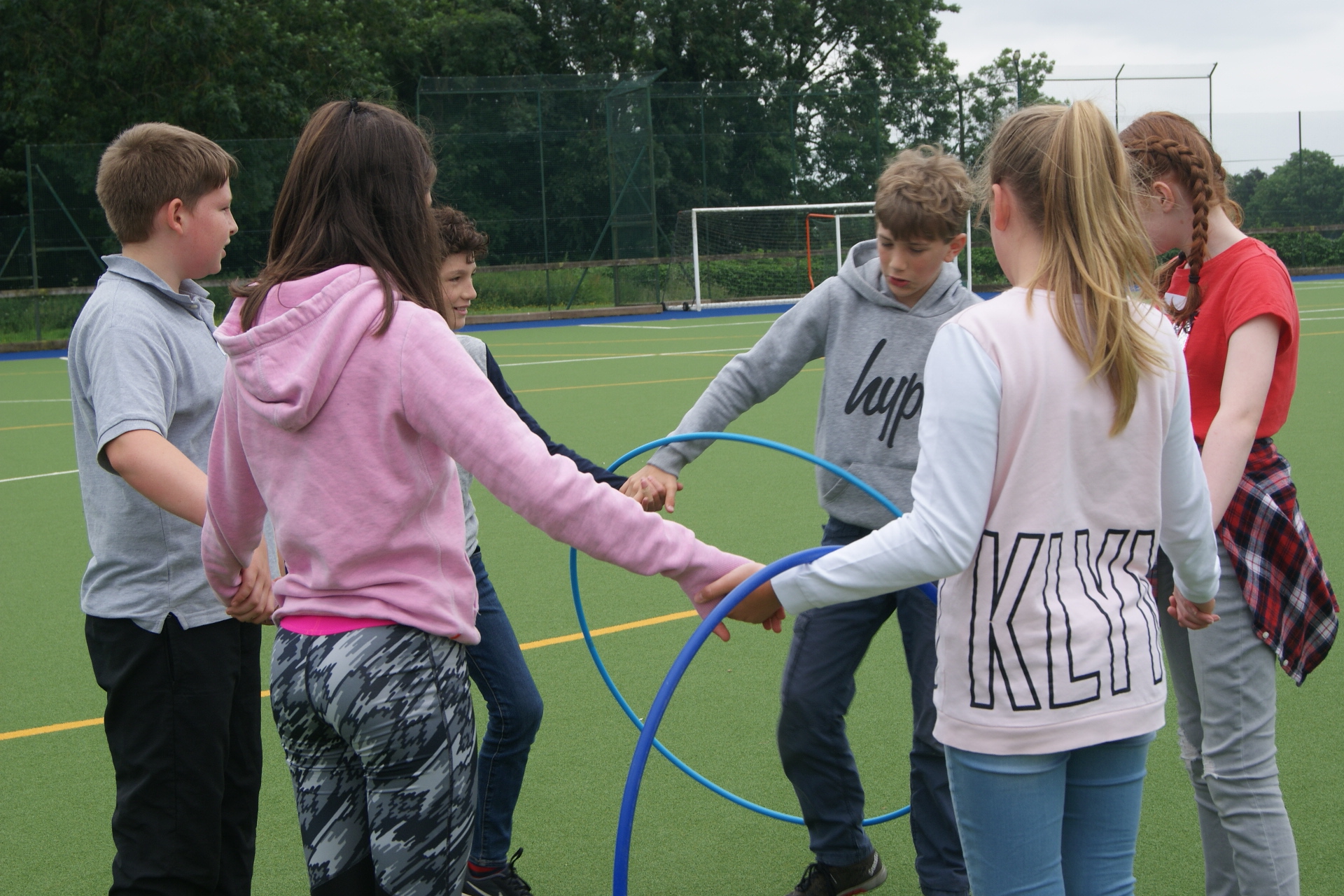 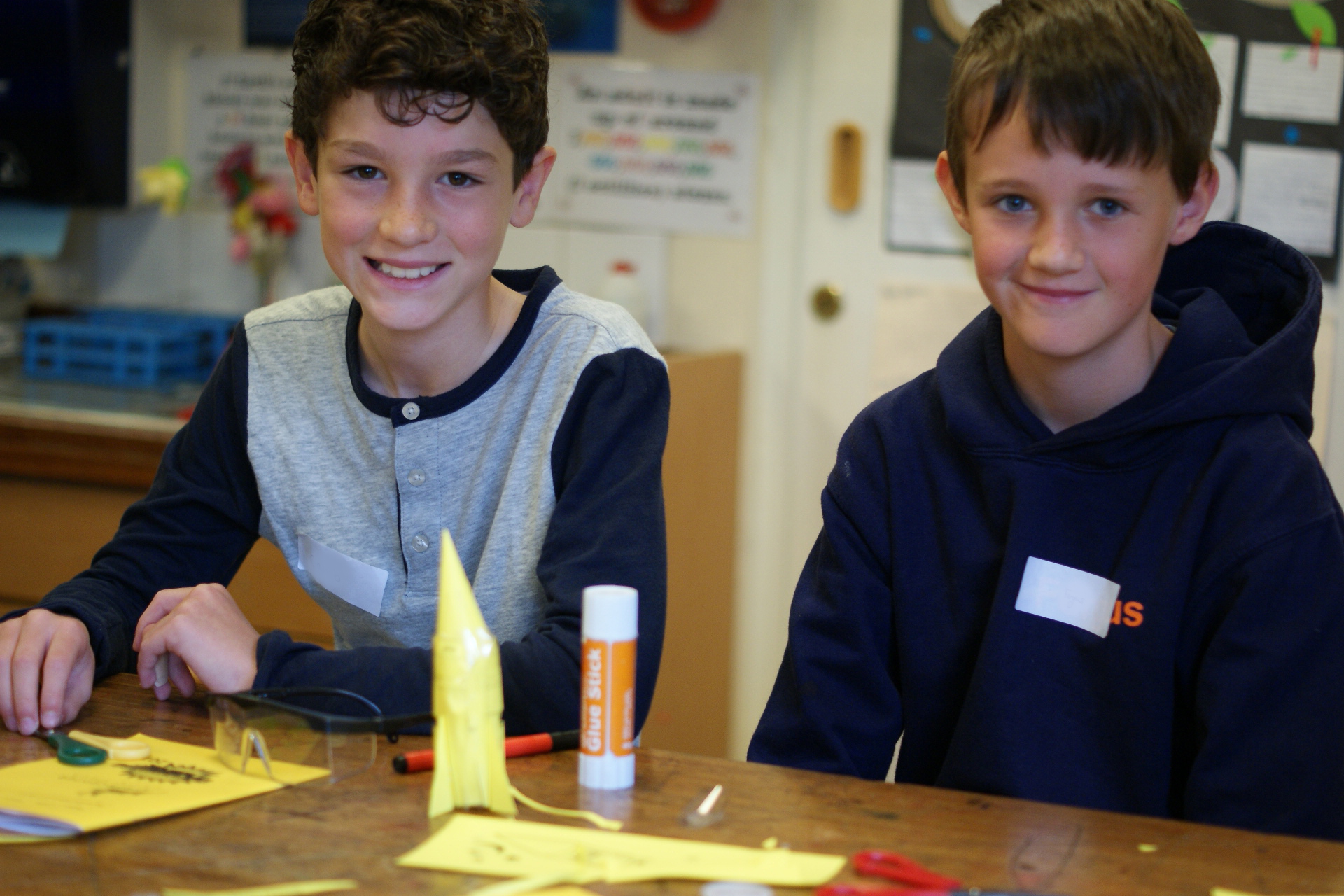 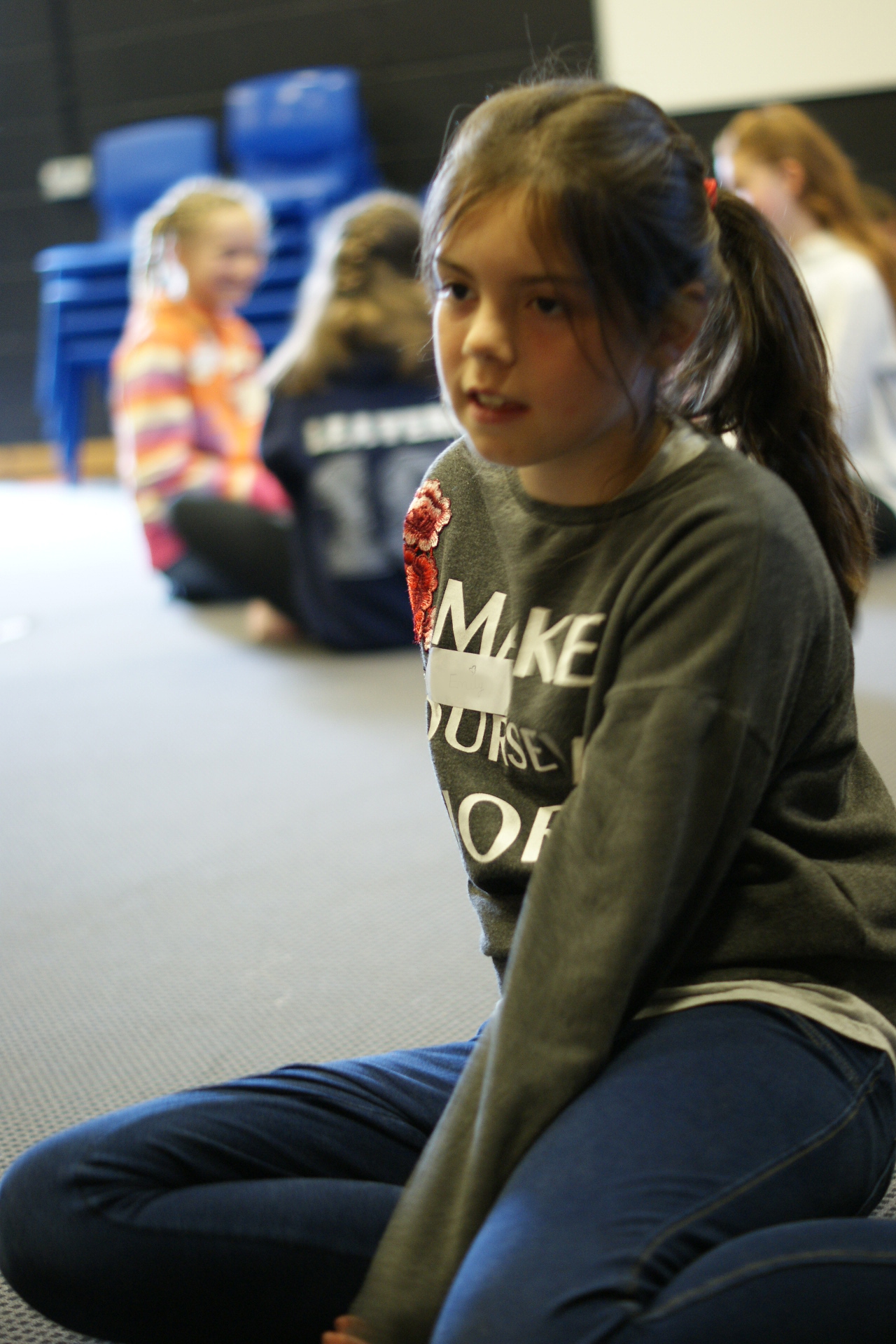 There was a definite buzz in the Main Hall as everyone returned for their final session and it was clear that all of the missions of the day had been successfully completed. Pupils were confident in contributing to their plenary session where they were more able to explain how they had used their key learning skills. Miss Mulcahy, Head of Expressive Arts, said "It was a really enjoyable day meeting the new pupils. I was really impressed at how confident the pupils were."

The day was summed up by the pupils themselves and, later on, by their parents. One of our new intake commented that the best thing about the day was “Meeting new people and doing some awesome learning, with some awesome teachers”, another simply said “Best Day Ever!”  One parent emailed to say "I just wanted to let you know that A had a really super time yesterday. He thoroughly enjoyed the day, made several friends and really liked the staff he met." Another commented "D came home with a buzz of excitement’following the full day of activities. He said Science was amazing, Drama was fun and Sport was great as it was all about being a team. He made new friends, saw familiar faces from scout groups, football and other clubs. His worries about fitting in and making friends as he is the only one joining you from his school are well and truly quashed. Thank you for putting on such a wonderful day of activities."

We look forward to welcoming these pupils back on our two Induction Days on Thursday 13 and Friday 14 July.

You can find out more about joining us on Admissions. We are mid way through our Year 5 Summer Open Mornings, and have two general Open Mornings and a fun-filled interactive Open Evening taking place in September. Find out more...