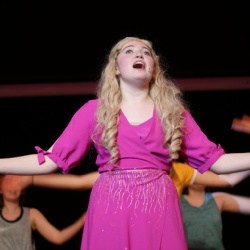 ‘Wow!’ ‘Fantastic!’ ‘Great Show.’ ‘How amazing was that?’ ‘You must be very proud.’ These were just a few of the comments we received from members of the audience at the end of each performance of Legally Blonde Jr on Wednesday 21, Thursday 22 and Friday 23 February 2018.

I am sure everyone present would join me in congratulating all those involved in this incredible school production. It was a truly tremendous show and Friday night’s final performance culminated in a standing ovation and resounding applause. Like those of Wednesday and Thursday, the performance reflected the time and effort put into the show since its original inception a year ago: the innovative Legally Blonde Jr Taster Evening in November 2017 and the flash mob before half term in Cirencester gave us all a flavour of what the show would be like and the cast and crew of over 100 pupils definitely did not disappoint us.

Everyone entered into the week’s performances with tremendous energy and enthusiasm. The atmosphere was electric and the pupils channelled their excitement into their roles. They were a revelation and it is difficult to single out any one individual. They are all deserving of special mention!

Evie, who played Elle Woods, was on stage throughout the evening. She was well supported by other members of the cast including Tom (Emmett), Molly (Paulette) and the Delta Nu Sisters. She coped admirably with the character’s songs and significant costume changes and she received an unexpected bunch of flowers from her grandmother at the end of the show! 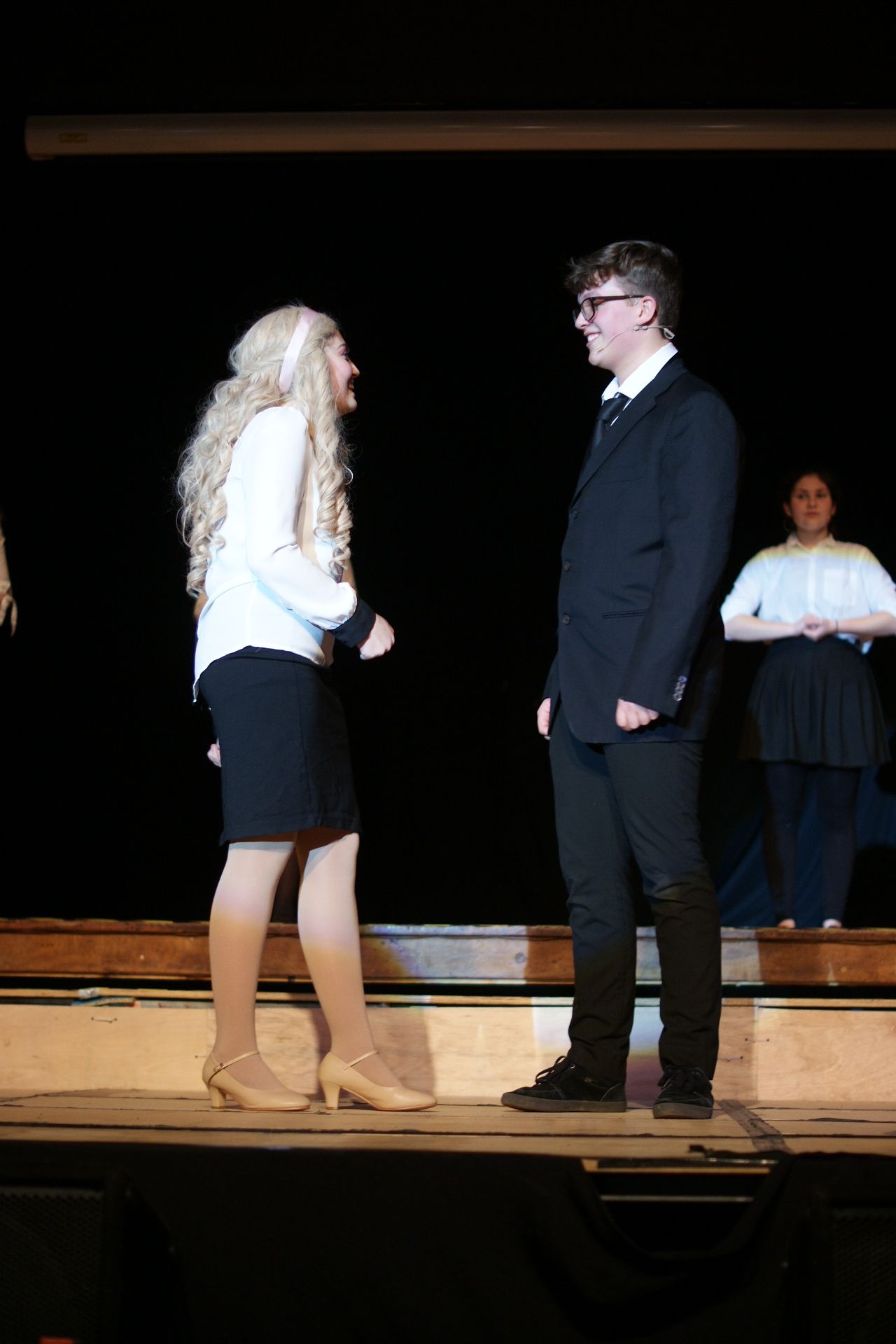 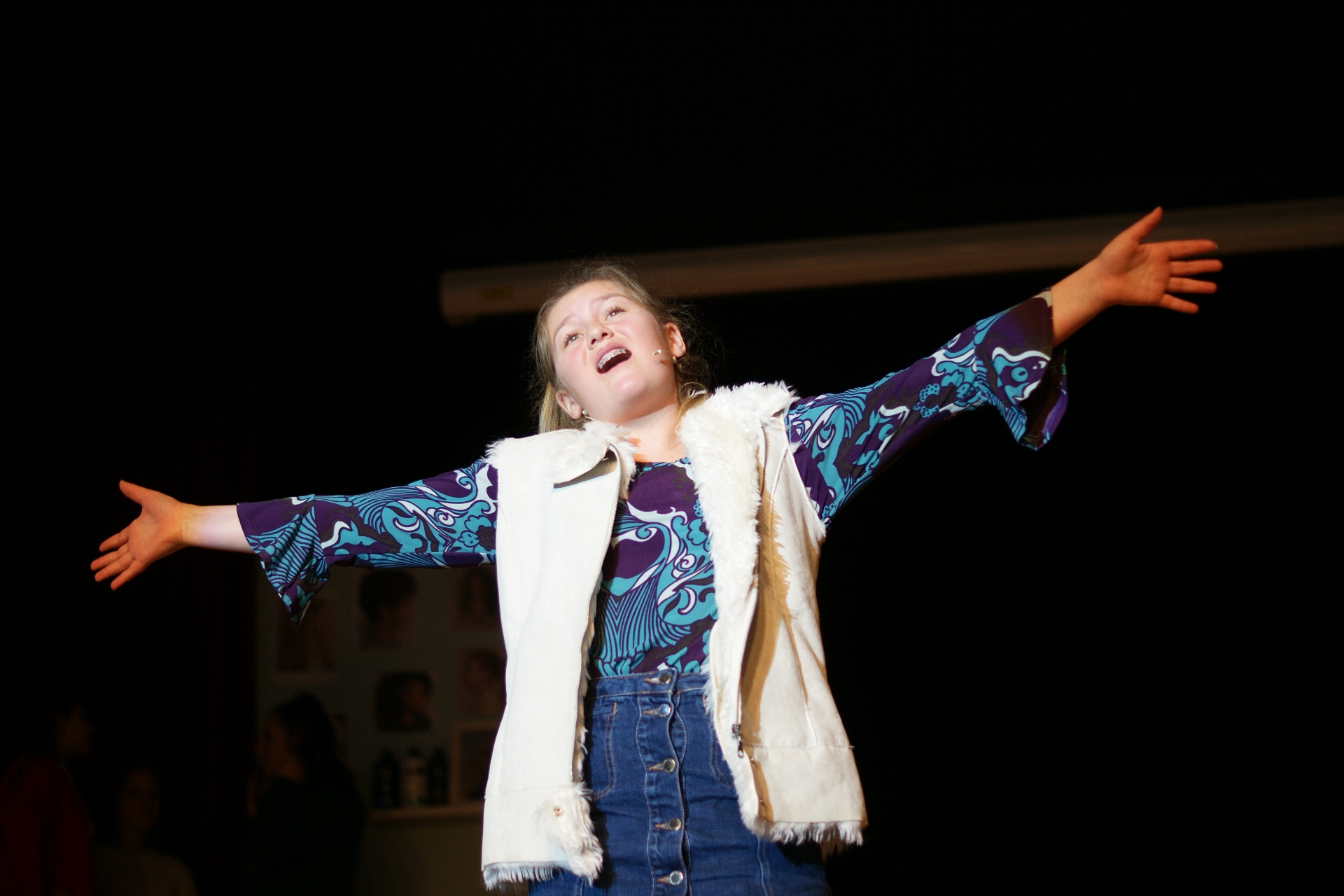 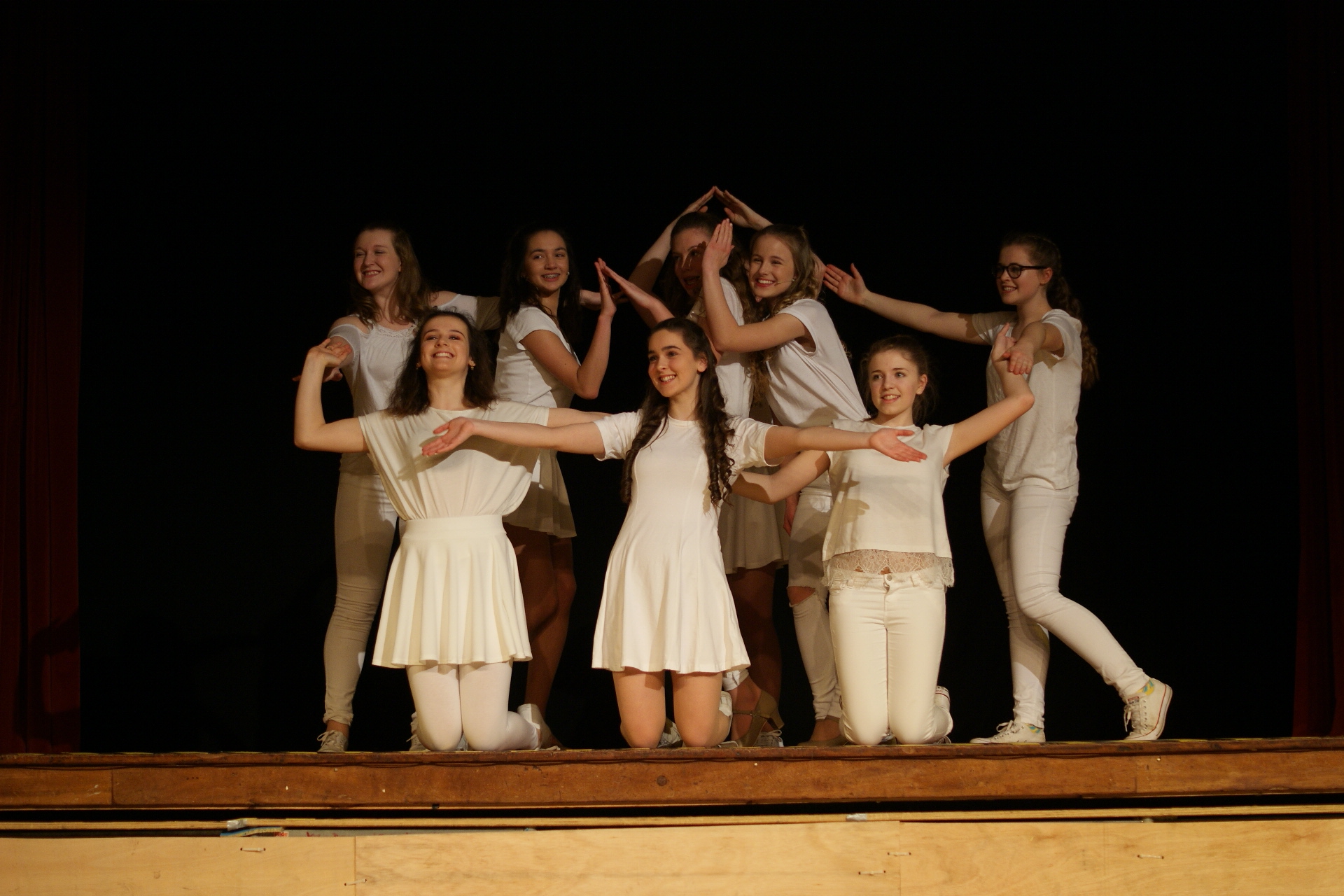 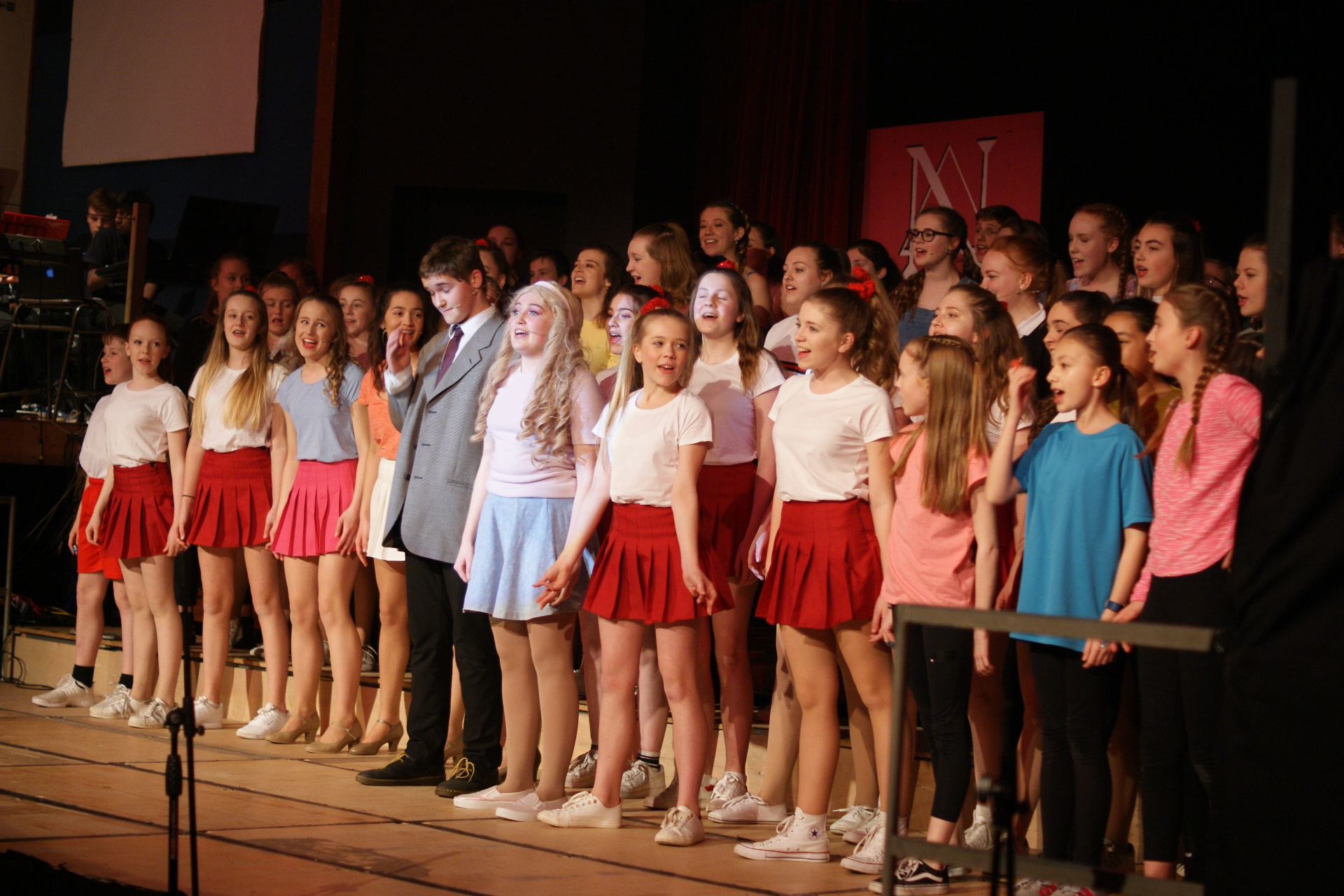 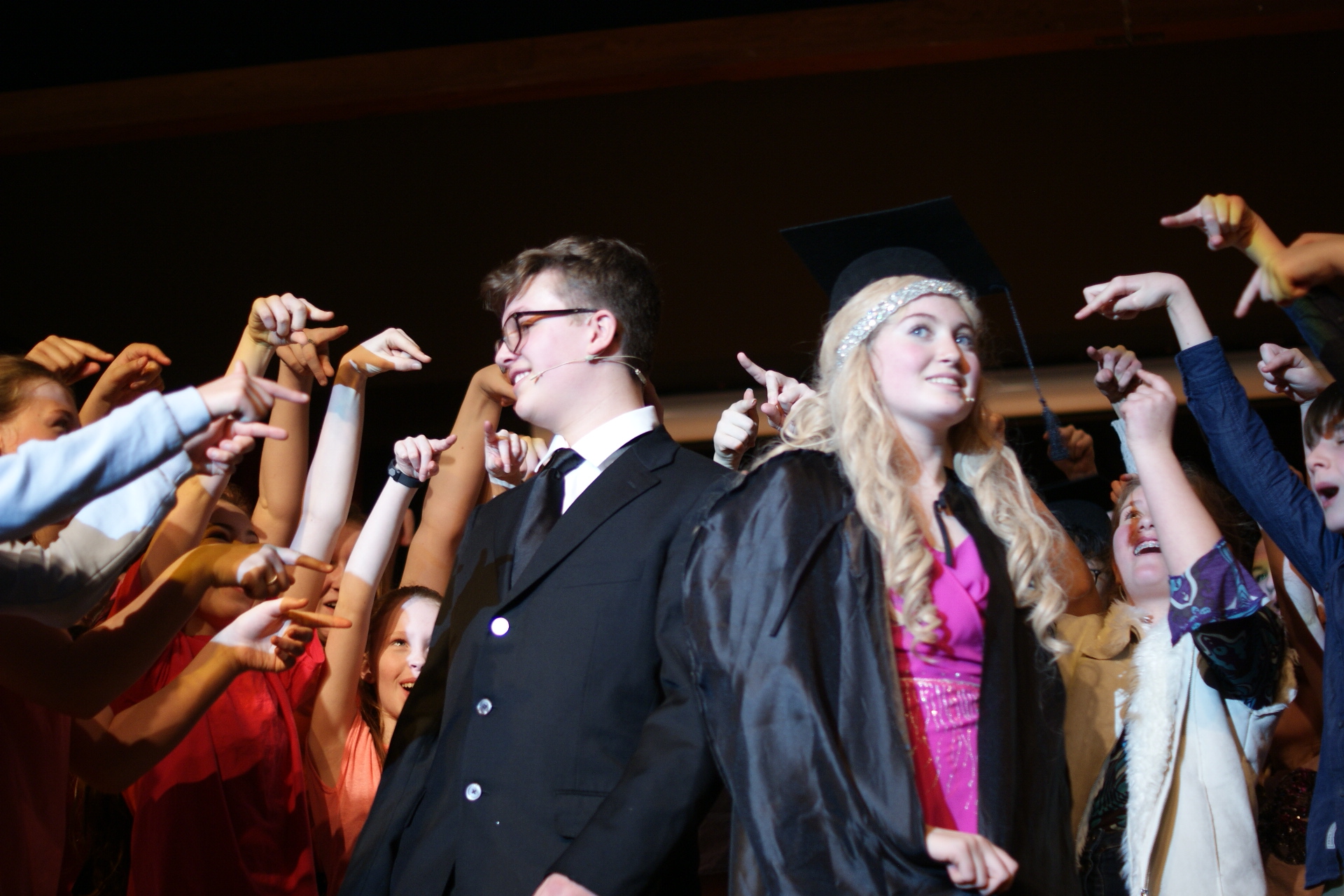 What particularly impressed me, was the commitment everyone has made to the wider team. Pupils were involved in every aspect of the show. In spite of some ups and downs, and challenges, our pupils and staff pulled together. They showed themselves to be incredibly resilient and resourceful. They worked together to solve and overcome problems. For example, I know the original plan was to invest in some professional staging, but when the cost of doing so proved prohibitive, our pupils stepped in and opted for simplicity. The design teams were commended on the setting, and the cast on the way in which the scenery was seamlessly moved into place.

I also noted the care that was taken over the props and costumes backstage. At the beginning and end of each performance members of the cast were tasked with specific roles and took responsibility for making sure everything was in place for the next performance. Similarly, pupils were given leadership roles within the production. They supported the choreography and led dance rehearsals. We saw the impact of this in the tightness of the dance routines each evening, which, in one item, included exercise routines and skipping!  A big thank you goes to Jo Chisholm, who took Governor involvement to a new level, and pupils, Georgia and Emily, who worked so closely with the cast and Frances Mulcahy, Head of Expressive Arts.

Alex (Year 8): "Legally Blonde was an amazing experience. I have met so many people during rehearsals and performing who I wouldn’t have met otherwise. I would like to thank the teachers who dedicated their time and effort towards the musical and for making it very enjoyable."

Will (Year 8): "I really enjoyed Legally Blonde. It was fun and I made new friends. I had to spend a lot of time working on it but it was worth it."

Katie (Year 7):  "I really enjoyed performing in Legally Blonde. It was a great opportunity to get involved with it as soon as I started year 7. I really enjoyed learning the songs and dances and Miss Faux and Miss Mulcahy were great at making it fun and ensuring we all sang and performed our best. I am excited to be involved in the next show when I am in Year 9."

I am sure working collaboratively has given everyone involved a sense of what it is like to work within a production company and I am sure they have all learnt something new and, maybe, about themselves too. We asked our company to work with children and animals and proved the old adage wrong, with superb cameo performances by Nessa, who was ‘auditioned’ for and secured the role of ‘Bruiser’, and Cosmo, one of our school dogs, who made his stage premier as ‘Rufus’.

A show of this size could not happen without the support of those behind the scenes. I would like to express my thanks to our Site and Maintenance team for setting up the staging and, not least, for elevating the platform for our House Band. I would also like to acknowledge the support from members of staff who volunteered at each performance to provide additional assistance to cast and crew, whether this was front of house or behind the scenes.

No show can function without effective stage management and efficient technical support. I am very grateful to our team of pupils who contributed back stage and in the gallery at the rear of the Hall. They rose to the challenge of providing the light and sound; the management of so many microphones being no mean feat! 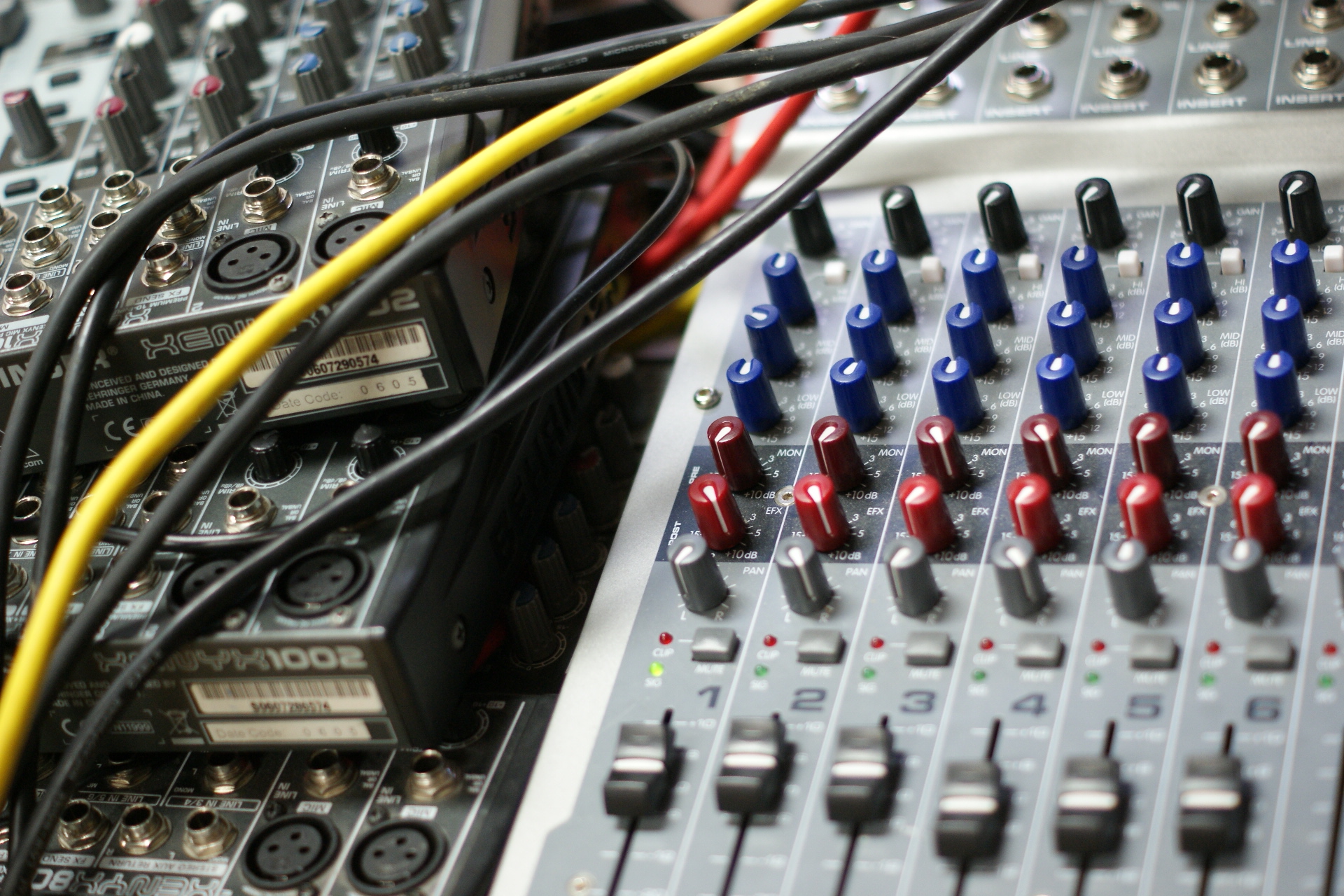 The stamina and creativity of a key group of pupils should not go under-estimated either. Under Dan Cook’s (Assistant Head of Expressive Arts) musical direction the House Band worked consistently hard to provide 45 different pieces of music to accompany the cast and they all definitely deserved to be in a position where they could clearly be seen! 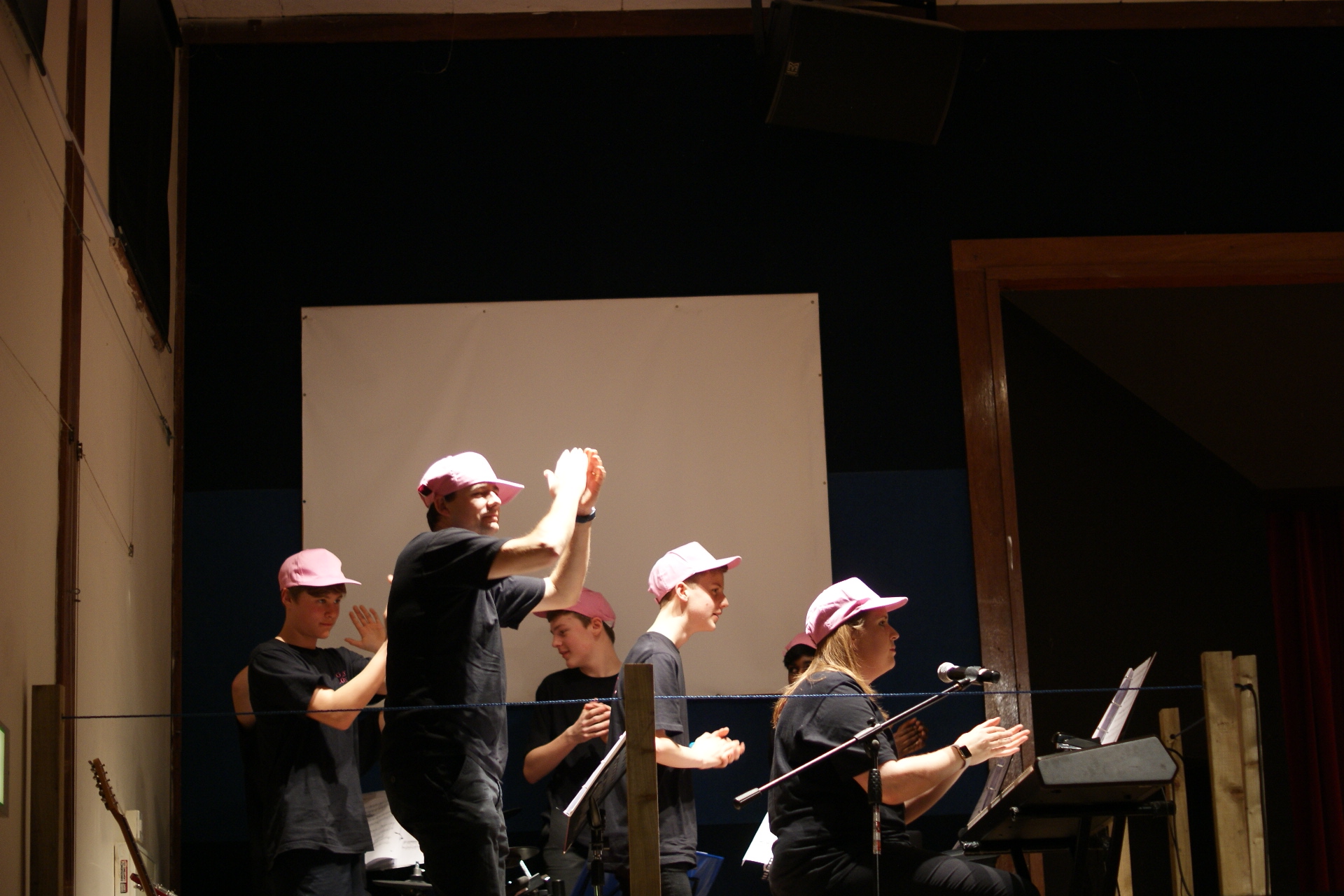 I am extremely grateful to Abi Faux for her role as Vocal Coach, Dan Cook for his work as Musical Director and Frances Mulcahy (Head of Expressive Arts) for her patience, inspiration, determination and ambition!

At Deer Park we ask our pupils and staff to be the best they can be every day. These pupils made a sustained commitment over a considerable period of time and, each and every one of them, no matter how great or small their part, had important role in bringing Legally Blonde Jr to the stage.

Thank you and well done to you all!
I am very, very proud. 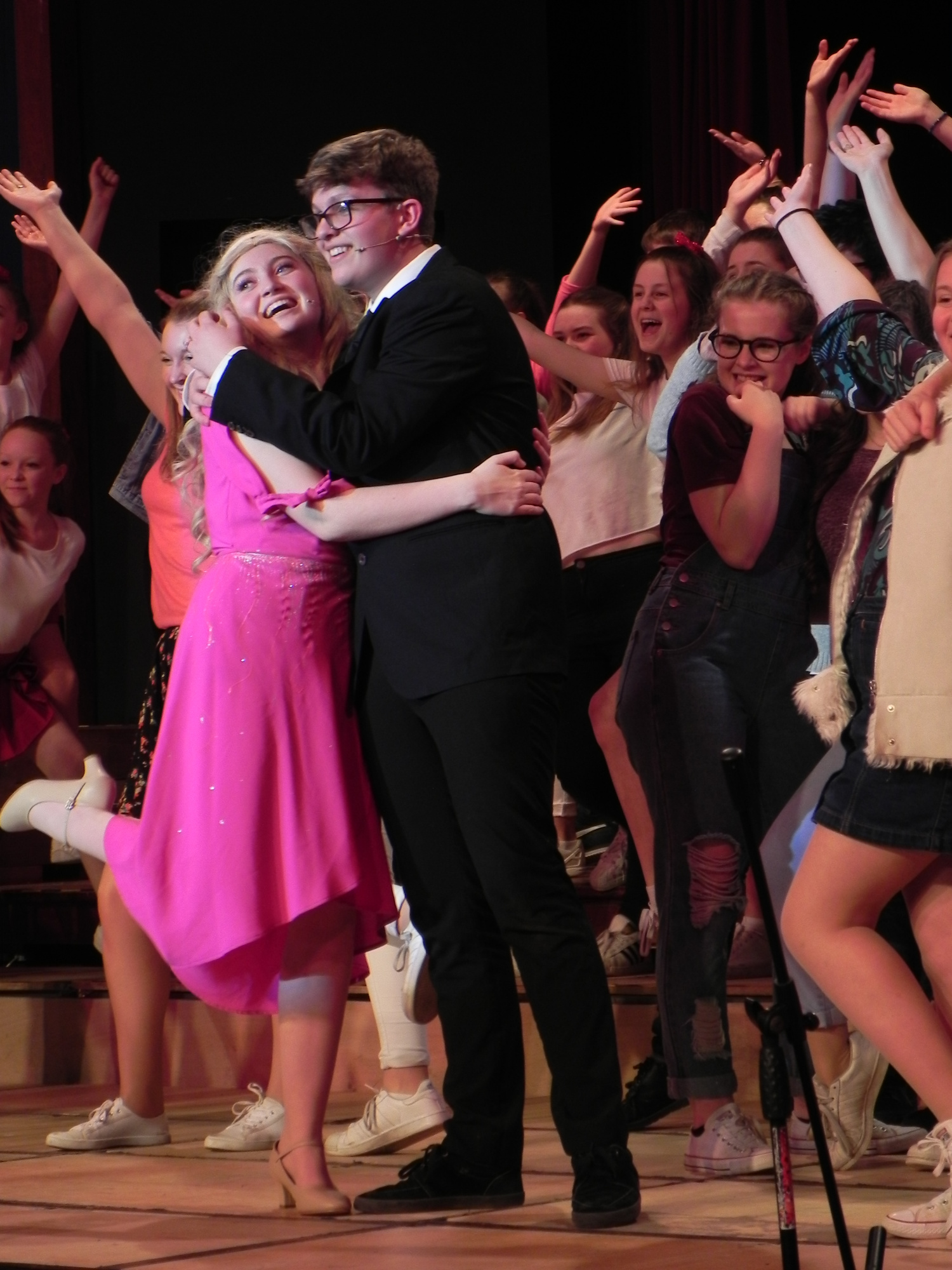