On Thursday 7 December 2017, the Deer Park Year 7 Basketball team won the Stroud and Cotswold District Basketball Tournament. They played superbly as a team in attack and defence, beating Archway 12-0, Marling 20-4 and TK 4-3. The final game with hosts Thomas Keble School was really tense but we just got over the line with a fantastic one point victory.

7 out of the 8 players scored at least one basket in the tournament, with Tom J (6), Max L (4) and Sam S (3) being our highest scorers and main attacking threat. There were also baskets from Callum M and Jay L who showed strength in long shooting and in defence. Deacon B and Riley W also contributed to scoring and showed tremendous calm under pressure, while Ben G  demonstrated extremely high levels of fitness and enthusiasm, a key figure in the team. 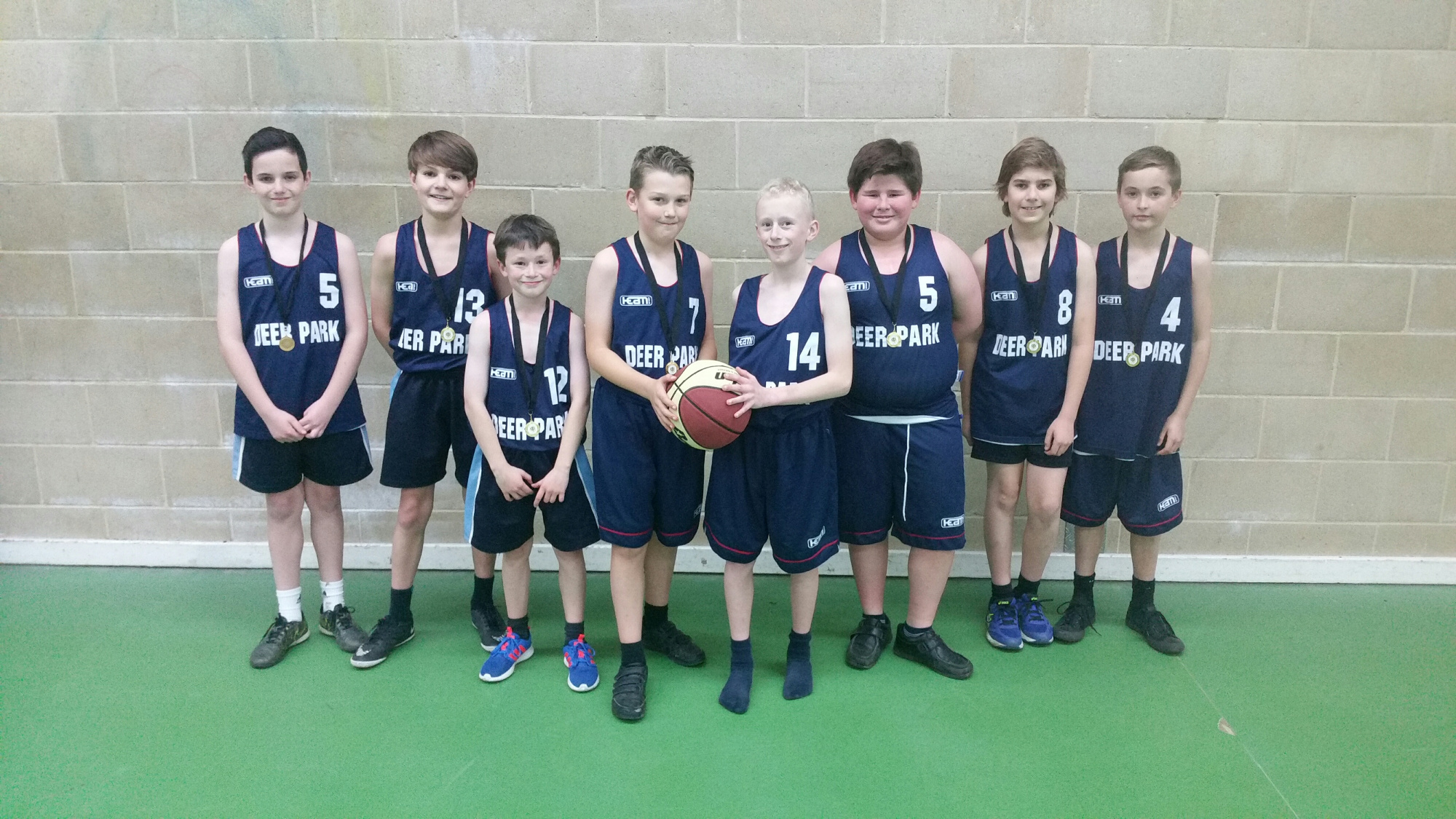 Captain Max commented “My team were fantastic in attack and defended brilliantly under pressure.” Tom said “It was amazing to win considering we have only ever played together a few times” and Deacon added “I’m so chuffed, buzzing!!!”

A brilliant performance all round. The future is bright! Well done boys!