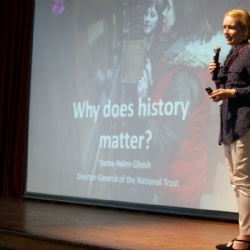 On Tuesday 18 July a selection of Year 10 History pupils had the exciting opportunity to hear a talk given by Dame Helen Ghosh, Director General of the National Trust.

Dame Helen spoke passionately about the history of the trust and its relevance today. The National Trust currently has 5 million members, 60,000 volunteers and oversees the renovation and conservation of over 350 historic houses and gardens in Britain.

Dame Helen introduced pupils to several National Trust sites, including Tudor palace The Vyne, Winston Churchill’s childhood home Chartwell House, a GCSE case study Hardwick Hall, as well as more modern sites such as the homes of the Beatles band member John Lennon. The Vyne was a particularly interesting example of how people can engage with the history of a heritage site; visitors can access a rooftop walkway to understand how the layers of the building were designed and can also contribute to the roof project by purchasing a personalised roof tile, which will be used to help with reconstruction.

Dame Helen stressed the importance of protecting a vast range of sites, including those connected to the past either in politics, the arts, and sports. 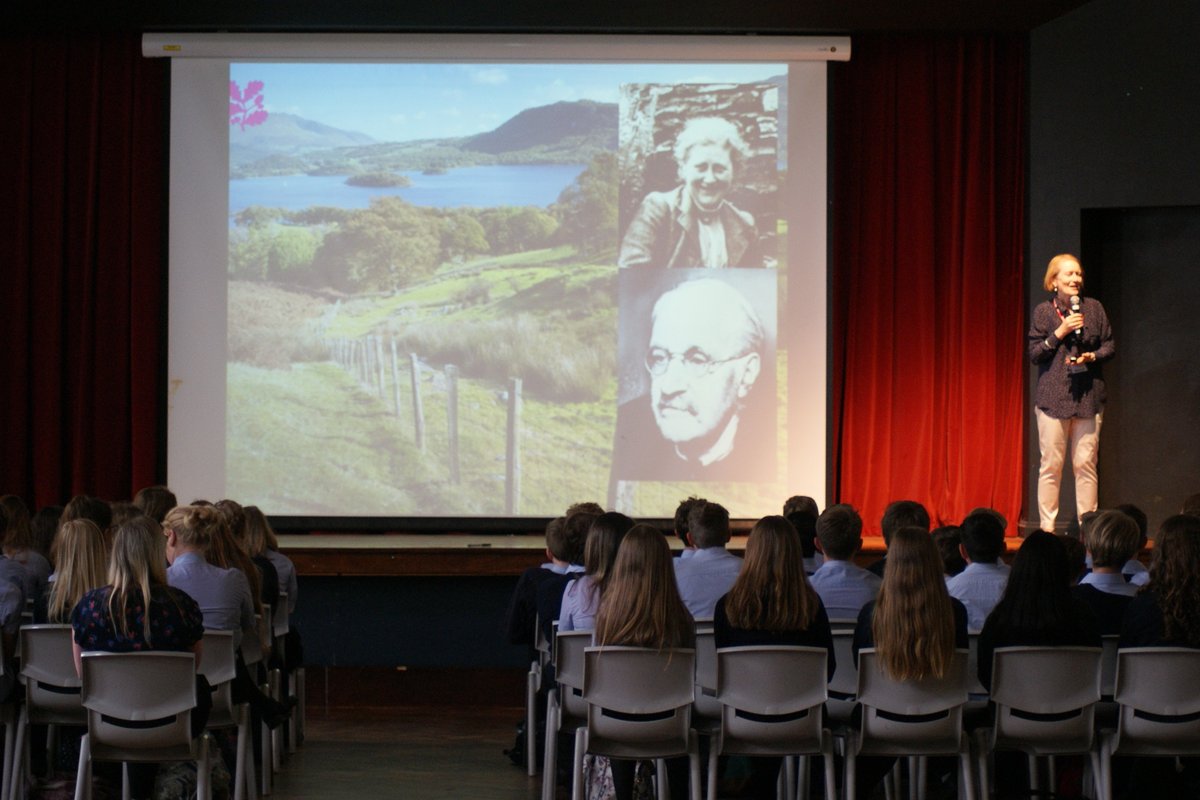 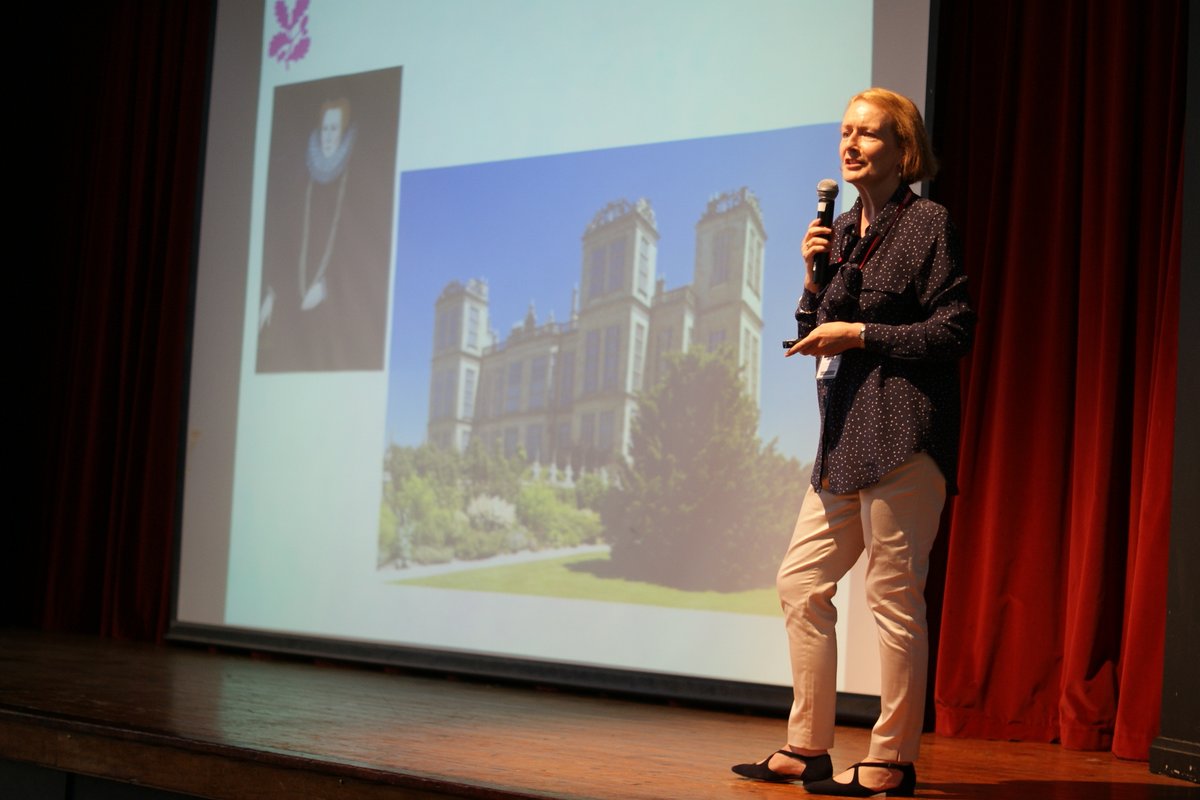 After a 30 minute introduction to the organisation and her role within it Dame Helen allowed time for questions. She responded with insight and enthusiasm to questions about her opinion on where the National Trust would be in 100 years’ time, and her thoughts on what should be covered in the History Curriculum in schools.

Dame Helen also gave pupils something to think about with a thought- provoking discussion on which buildings best demonstrate life in 2017. In addition, she prompted pupils to consider what parallels there were between the Reformation in the 16th Century (when England broke away from the European Catholic Church and established its own faith, the Church of England), with the situation facing modern Britain after Brexit.

Poppy in Year 10 commented that it was an “insightful talk”, Millie and Ella echoed this by saying “she explained who lived in the different buildings, which was interesting and why we need to keep them as they were” and “she explained the reasons why we need to look after historical sites really well.”

Dame Helen’s visit was a unique opportunity that gave pupils a real insight into the work of the National Trust and the importance of conserving historical environments for future generation. It was particularly relevant as our GCSE History pupils will face examination questions on Elizabethan sites such as the Globe and Hardwick Hall in their GCSEs.

GCSE History pupils visited Hardwick Hall at the end of May.

Note: On the day of her visit, the news was announced that Dame Helen will leave her role at the National Trust in 2018 to become the first female master at Balliol College, Oxford.