On Friday 19 February a group of our Key Stage 4 pupils travelled to Berlin for a 4 day trip aimed at deepening their understanding of the city’s Nazi past in preparation for the GCSE History examination and for GCSE German students to develop their skills and confidence in speaking the language.

by Jacinta in Year 11

Towards the end of the February half term thirty two Year 10 and Year 11 pupils flew to Berlin for an exciting History and German trip. The trip was led by Humanities teacher Miss Hickey, accompanied by fellow Humanities teachers Mr Ferne and Miss Lillington and Maths teacher Mr Green.

We had an early start on Saturday, starting our guided tour of Berlin at 9am and walking for four hours! After lunch we walked to the Topography of Terror Museum, built on the site of the buildings that were the headquarters of the SS and the Gestapo. The tour of the museum gave us a real sense of the horror that had happened there. One of our Year 11 pupils commented "The workshop that we had was really useful for helping us with our source skills. We spent nearly an hour looking at one source, which showed us the level of depth you can go into with analysis and interpretation."

During our evening meal the room was filled with chatter as the pupils spoke of the day’s activities. Those pupils studying German were given a German lesson from a Berliner and each pupil had the opportunity to write a postcode home in German explaining their experiences on the trip. 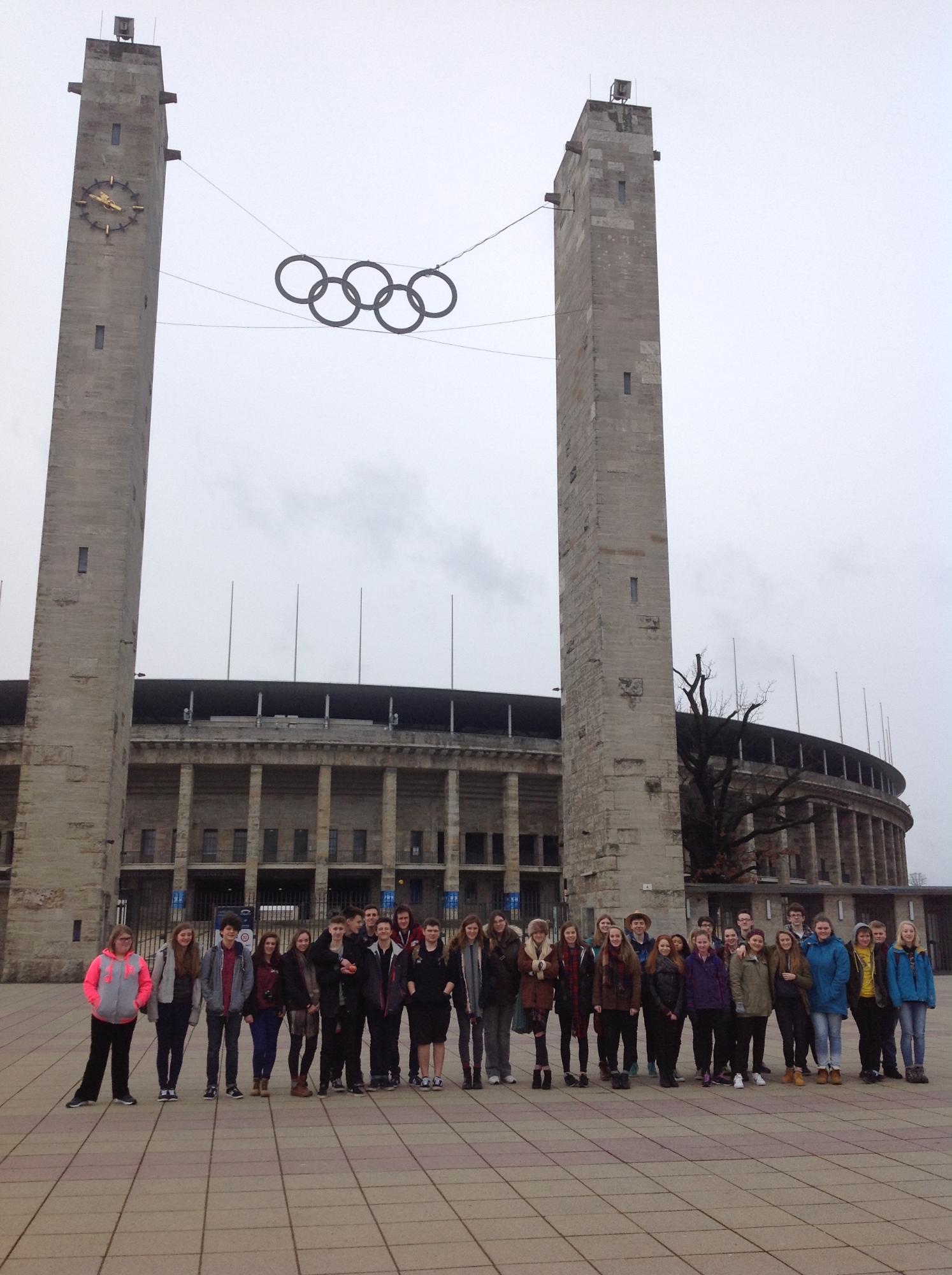 At 10am on Sunday we left for the Berlin Olympic Stadium which Hitler had once used to show the strength of Germany. During the hour-long visit we were told about one of the greatest film-makers ever, who was a Nazi. Do you know who it was? We travelled next to Sachsenhausen Concentration Camp and Deer Park pupils acted maturely throughout the entire visit, especially when we were taken to see what remained of the gas chambers and the room where the bodies were cremated. Hannah in Year 11 said "It was a real eye-opener and made me realise how lucky I am. I will not waste a minute of my life after seeing how they struggled." Ben, also in Year 11, commented "I was shocked to discover that the camp had suffered an arson attack by Neo-Nazis. It is horrible to know that there are still people with those beliefs today."

That evening we went to the Reichstag and pupils stared with awe at the glass dome. It is a marvellous structure of steel and glass. We were given time to walk around at our own pace whilst listening to the audio guide.

Breakfast on Monday morning was loud and cheerful and we had one more place to visit, the Jewish Museum, one of the most frequented museums in Berlin. We split into two groups: the Year 11s went off to do a workshop, whilst the Year 10s went on a tour. The Year 11s worked hard on a case study of a musician’s experience during the Holocaust in the concentration camp of Theresienstadt. Mr Ferne commented "Year 10 had a tour focusing on pre-WW2 treatment of the Jewish population of Germany. The tour focused on personal stories of those attempting to flee Nazi persecution and their struggle. By looking at items left behind by individuals, pupils gained a great insight into the dilemma of deciding what they should and should not take. The tour ended with a look at the Jewish education system, established after the Nazis banned Jewish children from schools through the Nuremburg laws."

We had free time to find food and buy souvenirs for our families, followed by a surprise meal planned by the teachers. Before we knew it, we were back at the airport and on our way home. Jokes were made about the quests of the week, such as the hunt for a KFC which was never found, much to some pupils' disappointment. By the time we landed at Bristol, many were exhausted as the activities of the weekend caught up with us. On the last leg of the journey back to school, pupils laughed and chatted, teachers slept, pupils sang in their sleep and, most important of all, everyone was happy.

Miss Hickey said “I am so pleased that the pupils enjoyed the trip. I am proud of their behaviour and maturity and am confident they will have gained a lot from the experience.” Mr Ferne added “This was an incredibly successful trip and has developed the pupils' cultural and historical understanding of Western Europe.”

This trip was hopefully the first of many cross curricular (History/German) trips to Berlin. It was a trip full of life changing experiences that will enhance and deepen all pupils' understanding of the History and German curriculum.