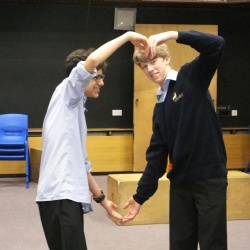 On Tuesday 23 May, fifteen Year 9 pupils were involved in a special project to create an internal learning resource for the Key Stage 3 Science curriculum.

Working with Mr Anzalone (Drama) and Miss Sarna (Science) to strengthen understanding between Science and the Arts, the pupils were led by professional director Marnie Forbes from Prime Youth Theatre to create an illustrated lecture around human genetic disorders.

The challenge was to create a video piece which would help explain the various problems that can arise from specific genetic disorders. The Science had to be accurate and the Drama had to be created, structured, rehearsed, performed and recorded, all within one day.

Our pupils rose magnificently to this challenge. The atmosphere was intense and focused, with a high level of discussion as to what information could be used, how it might be demonstrated as a dramatic action and how best to stage the piece.  As usual Deer Park pupils proved that they are much more than capable of meeting such a challenging task. The result is an illustrated lecture, with the Science to the forefront, illustrated by pieces of short Drama.  We look forward to hearing how our Science faculty will integrate this into their teaching. 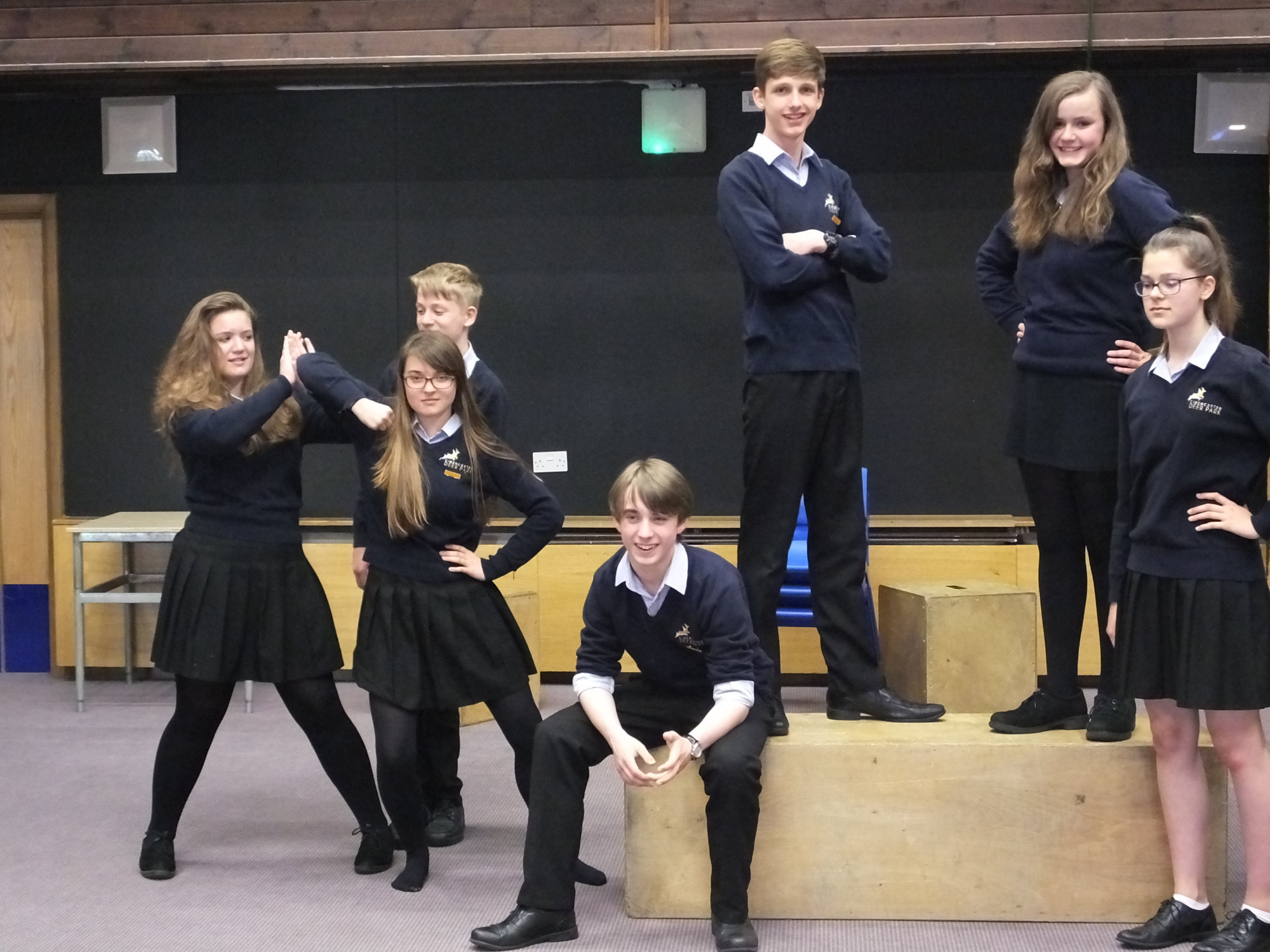 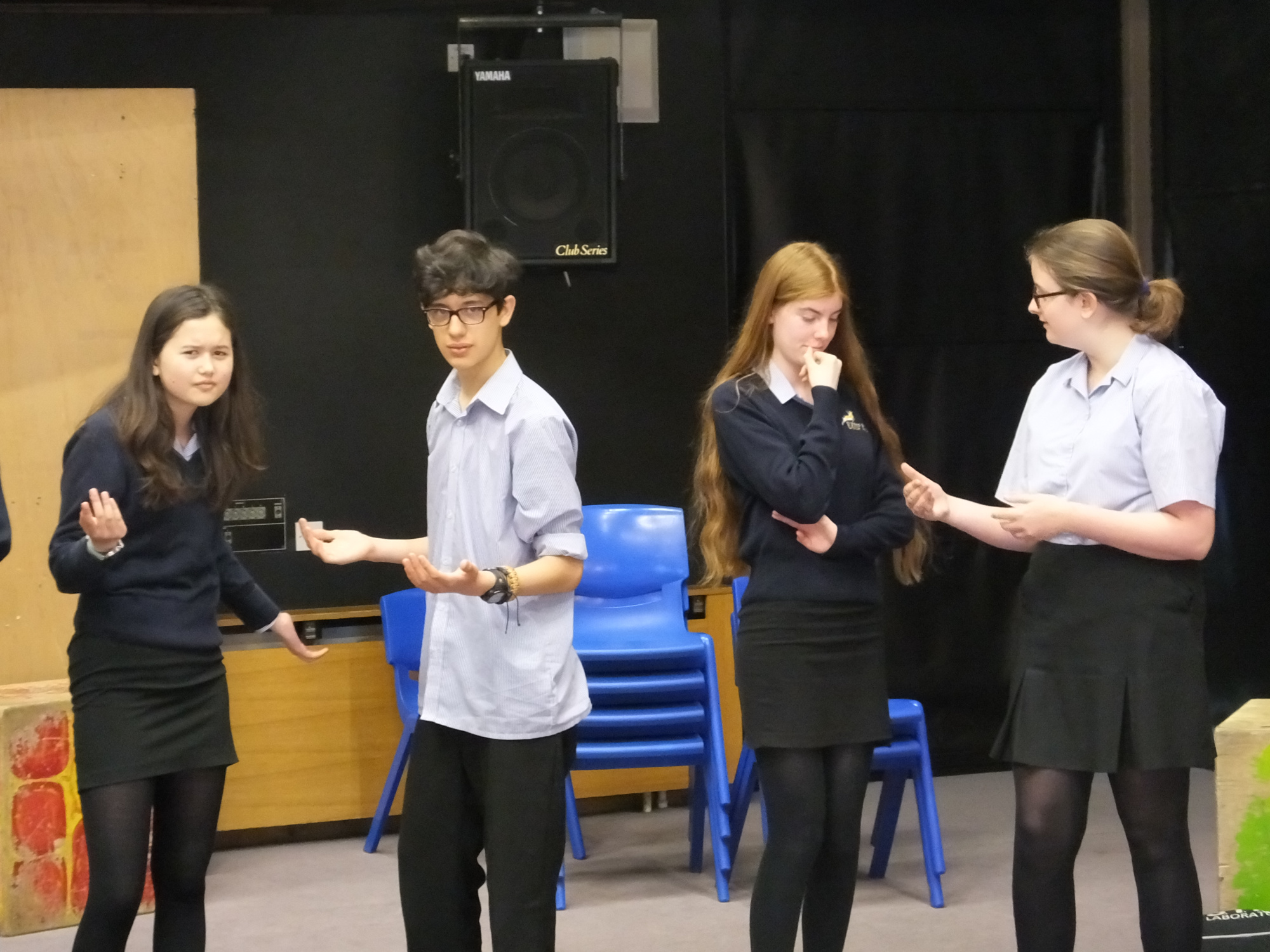 Charlotte, one of our Year 9 BBC News School Reporters, was part of the project and shares her experience.

On Tuesday, 23 May 15 pupils from Year 9 spent a day with a director from the Prime Youth Theatre.

They took the entire school day to produce a short clip to teach Year 8 pupils about Genetic Disorders. The clip was created to inform and to build awareness  about Genetic Disorders from an educational point of view through theatre. It focused on two main Genetic Disorders: Cystic Fibrosis and Huntington’s disease. It educated people about the cause, symptoms, life expectancy, quality of life, genetic testing and ethical decision making about these topics.

One of the pupils had this to say: “It was a very enjoyable day. It was a great opportunity to take what we have learned and put it into something creative to help teach others. It gave me a better understanding of the disorders and the effects they have on people’s lives.”