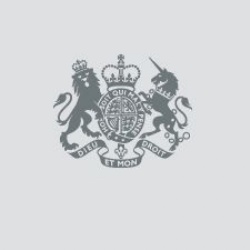 A group of Year 9 High Achievers are busy preparing for a Magistrates' Court Mock Trial Competition. The team adopt the different roles of the courtroom and on Saturday 18 March 2017 will be competing in a local heat against another school to present a case. The case in question regards a domestic burglary - not only is it about whether a burglary took place, but also about who committed the crime.

A trip in January to see the Magistrates' Court in Chippenham in action was a real eye-opener for pupils: "It was a great opportunity to visit the court. It was very exciting to experience an actual court case and I learnt a lot." Dan

Pupils are getting to grips with the case with help from a local barrister, who has really made them think carefully about how they question a witness or defendant. Further preparation for the competition will include working with a magistrate - to understand the role they play - in addition to ensuring the whole team understands their role within the courtroom.

"Having a real barrister to help us prepare the case has been extremely useful and I now properly understand the courtroom procedure." Joe

Over 90 per cent of criminal cases (more than a million every year) are dealt with by magistrates, yet many people know very little about what they do. Virtually all criminal court cases start in a magistrates’ court, and more than 90 per cent will be completed there. More serious offences are passed on to the Crown Court, either for sentencing after the defendant has been found guilty in a magistrates’ court, or for full trial with a judge and jury. Did you know that in Gloucestershire and Wiltshire there are only 4 magistrates courts: Cheltenham, Chippenham, Swindon and Salisbury.

The Magistrates' Court Mock Trial Competition introduces the legal system to our pupils in an innovative and exciting way.  It is an excellent way to help pupils understand the British criminal court process and the value that is placed on it.

We look forward to hearing about our pupils' day in court later this month.