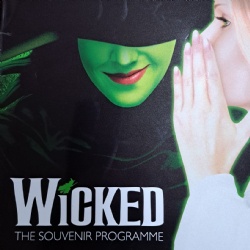 On Thursday 5 January 2023, 58 GCSE Music and GCSE Drama pupils travelled to London after school to see the musical 'Wicked', performed at Apollo Victoria Theatre. For some pupils this was their first experience of seeing a live stage performance, and what a fantastic one to start with. With seats mid stalls, pupils had an incredible view of the whole stage and were able to take in the full atmosphere of the show.

Wicked the musical tells the story of Elphaba and Glinda, the witches from the story 'Wizard of Oz' and it has always been a favourite of the Expressive Arts Faculty. With a large cast, full band sound and belting songs, it's one of the top modern musicals and has been on the West End for over a decade.

Lucie Jones played the leading role of Elphaba, who we originally saw as Elle Woods in Legally Blonde on a trip to Bristol Hippodrome in 2017. Her vocal style and performances have influenced many of our pupil singers over the years, so it was very special seeing her perform, and expertly tackle the most challenging songs, from 'Defying Gravity' to 'No Good Deed'. The song 'Defying Gravity' is a set work on the GCSE Music syllabus - pupils study the song in detail, they need to know everything, from the style of singing to the melodic devices used. Seeing it performed on Thursday allowed pupils to understand fully how the song fits within the context of the whole musical.

As well as experiencing a professional production, pupils also enjoyed the whole theatre experience, from browsing merchandise to ordering ice creams and drinks in the interval! It was a very successful evening, both educational and inspirational and thoroughly enjoyed by all pupils and staff who attended.

Music teacher Miss Faux commented: 'Wicked has always been one of my alltime favourite musicals; the music, the songs and the story tick so many boxes of what makes a good musical. I hope this evening has been inspiring for our actors and singers who could one day be on that stage.' 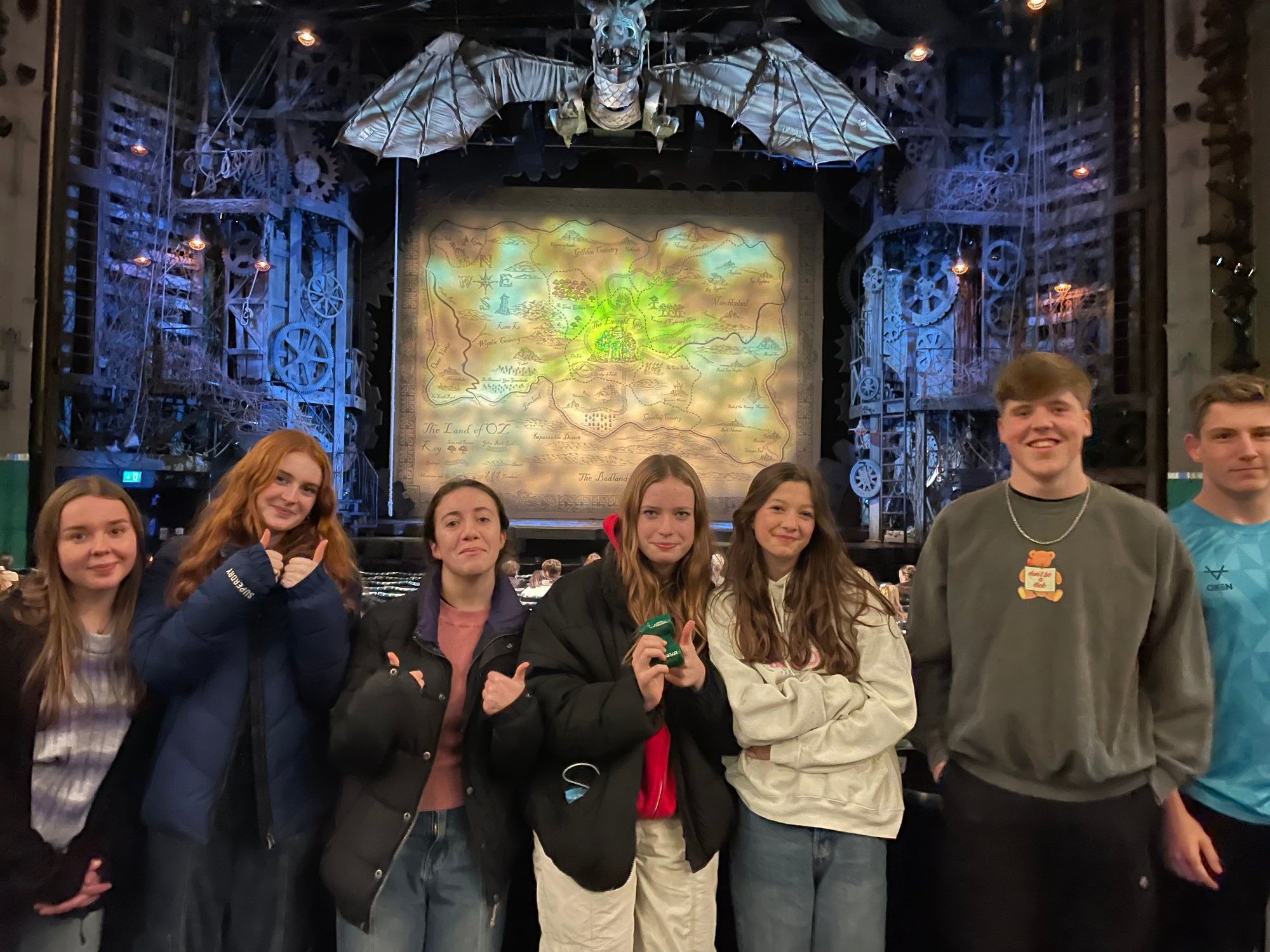 'It was amazing to see Wicked again and remind myself of the songs and the level of acting and singing. I think it has helped me with Music and Drama due to seeing 'Defying Gravity' and also seeing the professional actors which I would love to be one day.' Lizzi (Year 10) 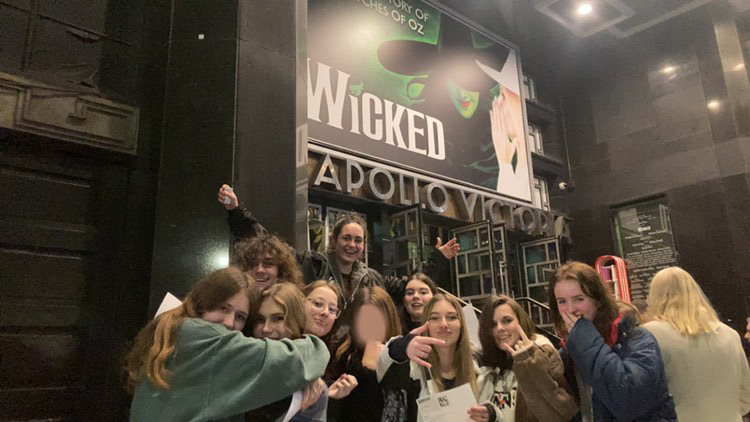 'It was a really fun trip with my friends. I have only listened to the musical before so seeing it bought it to life was incredible. The whole staging and performance of the musical was seamless and very impressive.' Gil (Year 10) 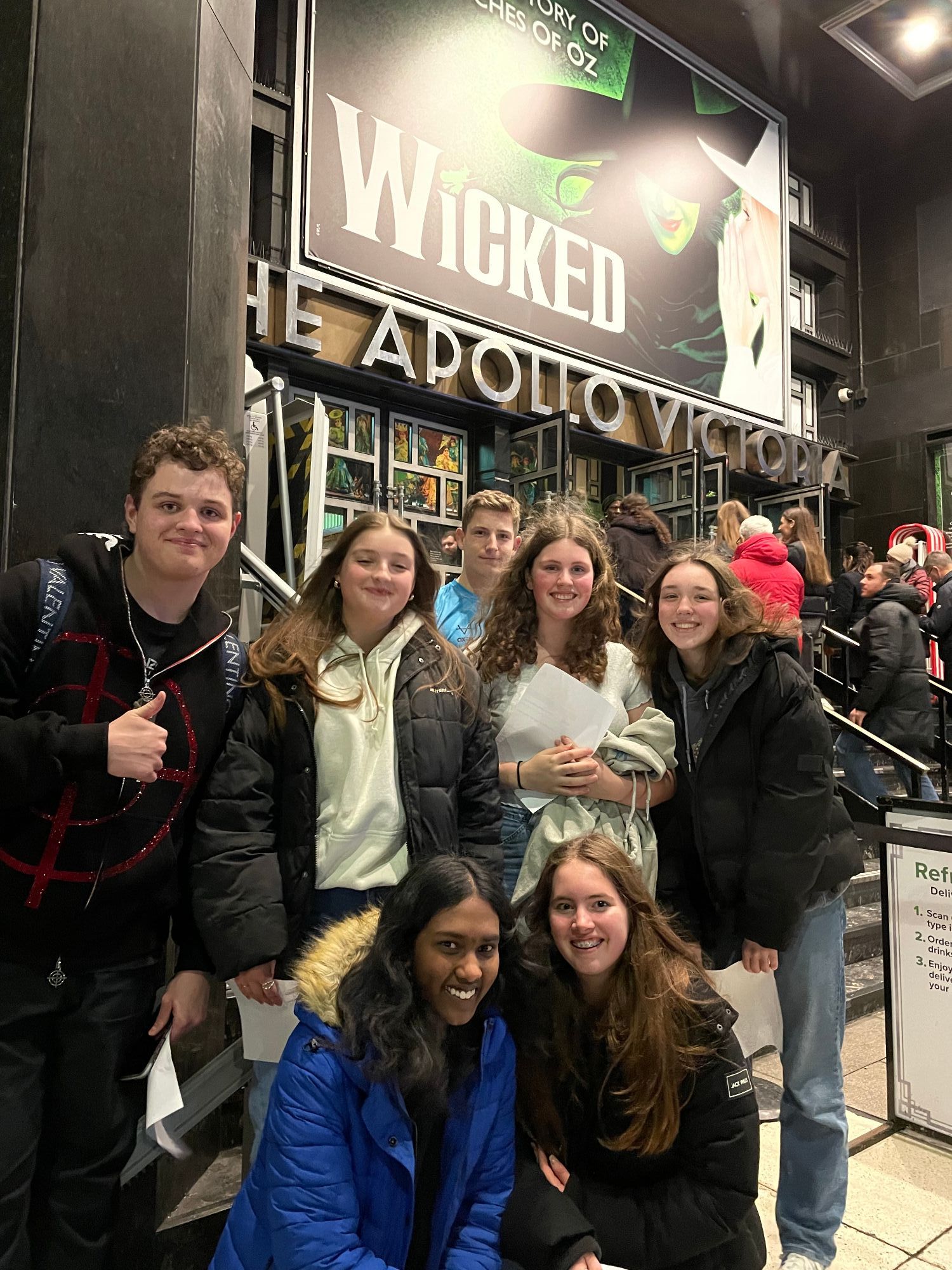