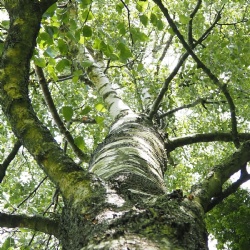 Changes as Year 7 move up into Year 8

At Deer Park we roll our timetable forward at the start of June and promote each year group. This means that from Tuesday 7 June 2022 pupils in our current Years 7-10 will follow new timetables and meet new teachers.

In Year 7 most subjects are taught in tutor groups or paired tutor groups, but from Year 8 there are a number of changes. The year group will be split in half, either A or B side.

During half term the new timetables on Show My Homework may look a bit odd as they are in transition. However, on Monday 6 June (Inset Day) the final timetable should be available to view on SMHW. In tutor time on Tuesday 7 June pupils will be given a paper copy of their timetable.

Year 8 Maths – the year group will be split in half (4 tutor groups in each) and you will be set in groups 1 to 4.

Art, English, Drama, Geography, History, IT, Music, RP – the year group will be split in half (4 tutor groups in each) and you will be in mixed ability groups.  If you look at your timetable on SMHW during half term do not worry if it says you are in 8A3, for example – all 4 groups are mixed ability but we have to number them somehow!

Year 8 Design – mixed ability smaller groups, similar to Year 7, due to practical nature of the lessons

Year 8 Languages – the groups are now ability set across half year groups (4 tutor groups in each).  Some pupils will learn French and German and some will learn just French.

Will I be with my friends?
You might find that some of your friends are in the same class as you, however don’t worry if there are classes where they are not – you will make new friends in the new classes you are in.

Can I change my groups?
Some of the classes will change during the year – for example, pupils do sometimes move up or down a set in Science or Maths.  Our aim is to ensure that you are in the class that is going to be the best fit for you.

If I don’t understand my timetable (when I look at it in half term) what should I do?
Don’t worry about it! The new timetable should be available to view on Monday 6 June (Inset Day). You will have tutor time (which is exactly the same group as this year) first thing on Tuesday 7 June.  You will be given a paper copy of your timetable then and we can explain anything you don’t understand.

Do I need to pack my bag ready for my new lessons on Tuesday 7 June?
If you can be prepared for your lessons that day then that is great but we don’t expect anyone to look at their new timetable before coming into school on Tuesday 7 June, and so don’t worry if you don’t have everything you normally need for the day.