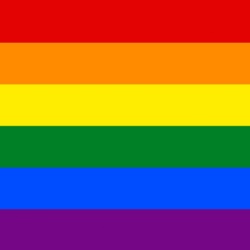 Find out more about LGBTQ+

In the UK, February marks LGBTQ+ History Month, which is an opportunity to celebrate LGBTQ+ culture and progress towards equality. One of our former pupils, Kate McGrath, who is studying at the University of Bristol, is currently supporting us with our PSHEe (LGBTQ+) resources:

‘I'm doing a University project at the moment on identity education, with a focus on LGBTQ+ and neurodiversity. We are trying to gain insight into the education of young people on these sorts of topics to see where the problems lie, in hope that we could develop a project to help facilitate this work.’

Kate has written a piece to explain a little about the LGBTQ+ experience and why it is so important to discuss.

To start from the beginning, what is LGBTQ+? You probably recognise the acronym but here’s a refresher:

These are all terms used globally today, but don’t worry if it takes some time to get your head around them.

LGBTQ+ History Month was initiated in the UK by the charity Schools OUT, after the abolition of Section 28 in 2003. Section 28 was a law that banned the 'promotion of homosexuality' in schools, meaning that teachers could not talk about LGBTQ+ issues. Since then, lots of work has been done to improve LGBTQ+ rights, most notably with same-sex marriage becoming legal in 2013.

The discussion about improving education since Section 28 has also been an important one for activists. Education matters because it reduces bullying, increases confidence and benefits the mental health of young people. It is just as important for those who are part of the LGBTQ+ community and those who are not, because it leads to understanding and empathy. Representation of LGBTQ+ people (in media, but also in educational materials) matters because it helps people feel validated and 'normalises' diversity.

A word you might come across a lot is Ally. To be an LGBTQ+ ally means that you are not part of the community, but you support equal rights and challenge homophobia, biphobia and transphobia. Being an ally is really important, because it makes the LGBTQ+ people around you feel safe and supported. Here’s some tips on how to be a good ally:

Below I have listed some resources that you might find useful to further your understanding of the LGBTQ+ experience. Thanks for reading!