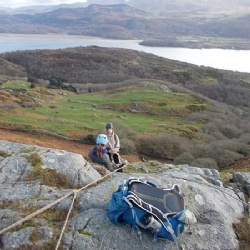 During week commencing 7 February 2022, four of our Year 9 pupils and one Year 10 were in North Wales on an Outward Bound (bursary-funded) course organised by Gloucestershire Constabulary.

"The aim of the Outward Bound Bursary is to provide an opportunity for young people to develop their potential and to recognise the positive contribution many of them make to their communities."

Those participating need to be prepared to take part in adventurous and sometimes strenuous activities and make new friends. This year there were 24 places available and 5 pupils from Cirencester Deer Park School were accepted, following their nomination and a selection process initiated by the Outward Bound staff.

Cassie, Elsie, Wilf, Will and Alfie enjoyed their week in Wales.

The Outward Bound trip was probably the best week of my life - very tiring but the best. On the first night we slept in a cabin and ate food from packets - sounds weird but was nice!

The second day, when went walking up mountains, although it was very windy, I got to know people and make friends, mainly because it took us a while to walk. It was fun and as soon as we got down from the mountains, we went back to the site. This is where we set up our rooms and met who we were staying with. After dinner we played some cool teamwork and brain games.

Next day, we went abseiling, which definitely tested people's fear of heights. It was so fun and I would definitely do it again. That night whilst everyone was in the hall (our common room to talk to everyone), some kids found a speaker and we had a party - even the leaders joined in. That night was fun and everyone got to have a little laugh.

The following day, we went gorge walking and it was the best! It wasn’t as cold as I thought it would be - you had to get down in the water a lot and at the end of the day we went back and did the jetty jump! It was so nerve-wracking but it was so fun - when you do it once, you WILL want to do it again.

On the final day, both teams held a presentation about their week. I was really scared and not wanting to talk at first but it was really fun, and then after that we all got on the coach to go home. The week was so fun. 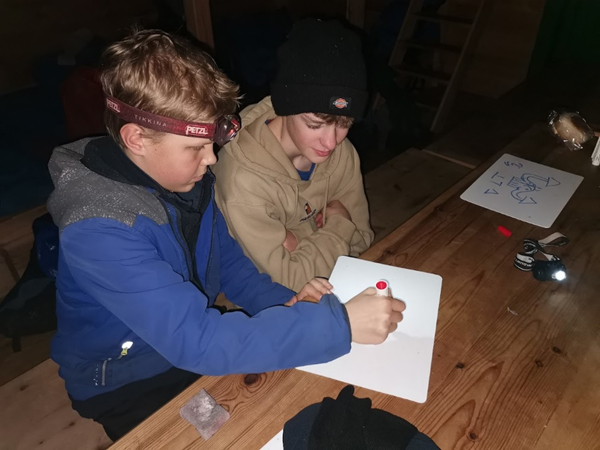 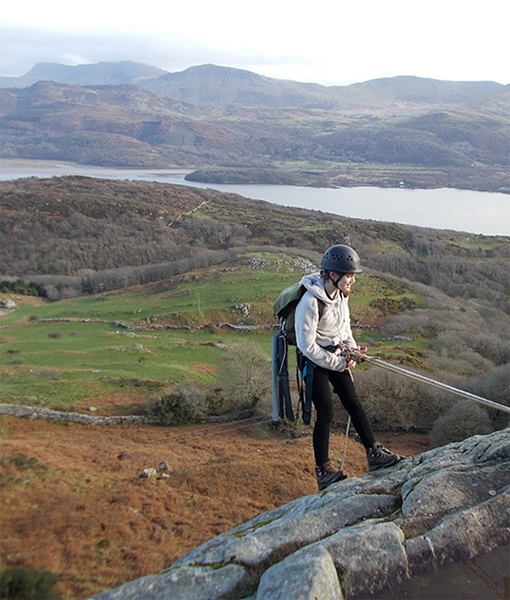 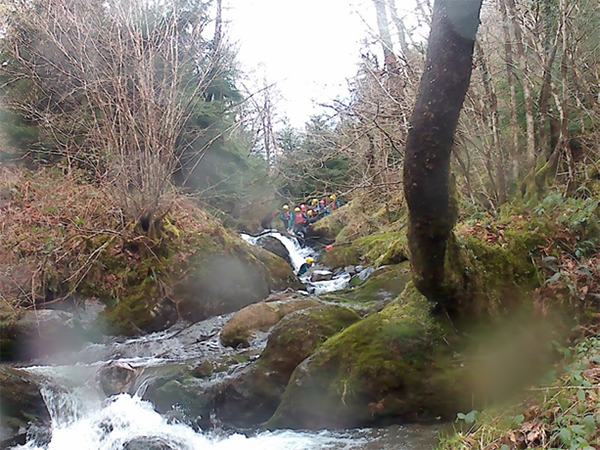 'I loved every second of Outward Bound! On the first night we were given all our equipment and we slept in a cabin in the woods. On Wednesday we went scrambling and abseiling and there were loads of fun challenges. On Thursday we did a gorge walk through a river - I was cold but persevered and ended up having lots of fun. My favourite activity was the abseiling and scrambling. I left with more confidence and I learnt to challenge myself more.' Wilf

'Outward Bound is an exhilarating experience to push yourself out of your comfort zones. It is a once-in-a-lifetime opportunity which will change your life forever.'  Elsie 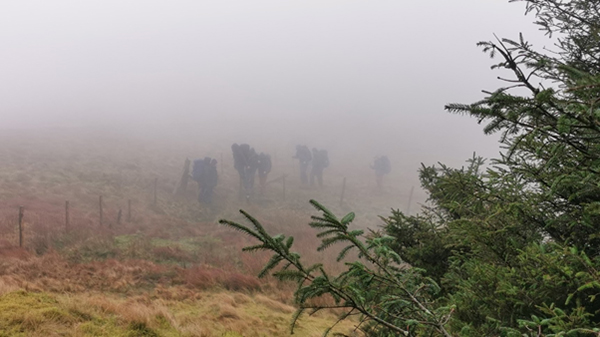 'When I first arrived at the outward bound centre, I admit there were a few nerves and worries about the week, some being who I was there with and what we were going to do. However, over the week collectively as a group we all established a sense of group morale and trust in one another due to the wide range of activities, from gorge walking to abseiling. Overall, looking back on the week, it was an amazing experience that I would do again and it gave me a chance to step outside my comfort zone and tackle challenges face on that I was perhaps apprehensive about on arrival.' Alfie

Will wrote: On Monday we were given all our kit and then we drove up to a log cabin in the woods. After making our beds of roll mat and sleeping bag, we went out on a night walk where we played games in the dark.

On Tuesday, we were designated tasks for the walk: pace-setters, motivators and navigators. Wilf and I were navigators and we were given a map of the area with our route drawn on. The walk was 5.3 miles over the mountains, so we were in clouds for almost 5 hours. It was extremely cold and wet, and we were all glad to see the van that picked us up at the end.

Wednesday was very fun. We drove to a big hill, covered in rocks. There we did different challenge levels of scrambling and finished the day with a 30metre abseil.

On Thursday, we were given a thick wetsuit and several other layers, and went for a gorge walk. This involved swimming, jumping, floating and sliding. After that we drove to the beach and jumped off the jetty into the sea. This was a relief because the sea was 4 degrees warmer than the air!

On Friday, we packed up all our stuff and had breakfast. We then went to a large field with a very strange apparatus in it - it was a trapeze. We had to climb up to the top of a telegraph pole then leap and catch a horizontal pole. This was very scary but very fun. I didn't reach the pole on my first two goes but on the third try I managed to catch it which was very pleasing.

Thank you for this opportunity.

Comments from two of the Police representatives:

Will & Wilf were like a silent comedy duo and they seemed to work well together, but at the same time getting involved with others giving encouragement etc.  They showed their courage when we did the ‘leap of faith’. I know from speaking to and working alongside them both that they will work well in their future and I hope that this week has given them more confidence in their abilities.

Cassie and Elsie were in my team and they were great, they got stuck into everything and were a pleasure to spend time with. Cassie was frozen after the Gorge Walking but didn’t let that stop her doing the Jetty Jump.

Note: Since publication of this article, we have been informed that all 5 of our pupils so impressed the Gloucestershire Outward Bound Association, that our young people have been selected to take part in a Summer Adventure. Well done all of you!