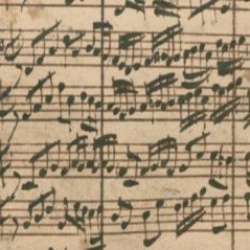 On Monday 7 February 2022, 30 of our Year 10 and Year 11 GCSE Music pupils joined young people from other local secondary schools at Gloucester Guildhall to watch a live performance of some of the set pieces they are studying as part of GCSE Music. The event was organised by Gloucestershire Music and performed by members of the Bournemouth Symphony Orchestra with guests.

Not only were there some great performance pieces, but also an analysis of how they were put together by the composers. This format really engaged the pupils and gave them the opportunity to get an inside look at the compositional techniques used by composers.

The GCSE Set Works Concert opened with a performance of one of Bach's Brandenburg Concertos. This piece is fiendishly difficult for the harpsichord player and the pupils commented afterwards on how impressive the harpsichord player was. The varied programme also included a Mozart Clarinet Concerto, the song 'Defying Gravity' from the musical Wicked and even some computer game music.

After all the performances there was a session on how to develop compositional ideas, utilising the performers to bring this to life.

Dan Cook, Assistant Head of Expressive Arts, said of this event: 'I was really glad I organised this trip as it was a chance for pupils to hear and see live music being made. The pupils were already familiar with some pieces, as they have been studying them, but hearing a recording in the classroom is not the same of watching the music being created in front of you. Pupils were given a booklet to take notes, which gave them a chance to revise and extend their understanding of the pieces heard. I have taken pupils to previous iterations of this event and would happily go again. As well as entertaining and engaging, the event is a great educational opportunity.'

Tim (Year 10): 'The trip was a very entertaining and was a worthwhile experience. It was good to have the opportunity to look at some key concepts we have been learning about in the analysis section. Overall, it was a fun and has helped my understanding of the pieces we heard.'

Tamsin (Year 11): 'The GCSE Music trip to the Guildhall was extremely enjoyable and allowed me to learn about four pieces in real time, two of which were my set pieces which I know will greatly help me in my GCSE exam this summer.'